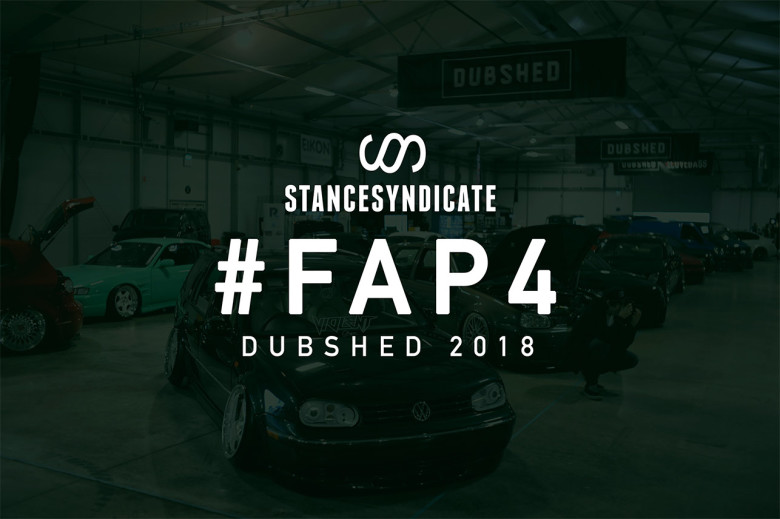 There’s always plenty of cars at all the shows I go to and although most of the builds on show would be interesting there’s only a few that have that something special that catches the eye. Last weekend I went to Dubshed – here are four cars I found the most interesting, the favourite four – #FAP4

Before we start – a quick explanation. What is fap and where is it coming from? According to Urban Dictionary, “fap” stands for:

In this case, I mean #FAP4, it is the latter of course. But feel free to go for the former should you get the urge… to fap. Remember the old meme though, must not fap. What if Jesus sees you?

There are no rules for #FAP4, it is a little tradition I’ve started back in 2015 where at each show or event I go to, I choose four cars that I liked the most out of all on show. It’s a symbolic distinction, a selection of favourite cars which, for various reasons, I found the most interesting. Here are four outstanding builds that caught my attention at last weekend’s Dubshed: 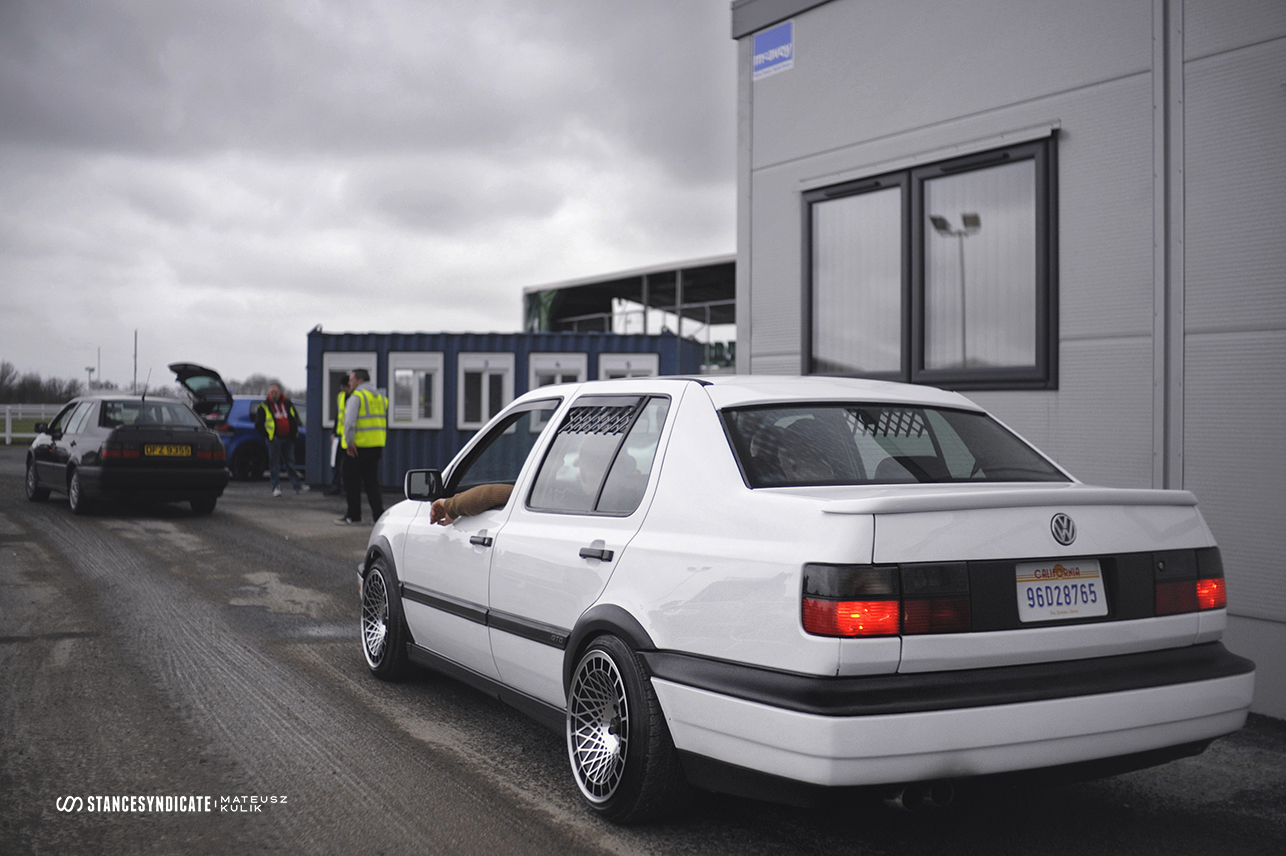 After a quite enjoyable journey from Dublin in a fresh 181-D VW Arteon, a press vehicle that we’ve got from Volkswagen Ireland for Dubshed, we have arrived at Eikon Exhibition Centre for the show and queued up right after this tasty Vento. I’ve a sweet tooth for them. In fact, I have one too and once upon a time I had a 1.9 straight diesel like this one here. Well, almost like it. Mine was black and rusted as fuck. There’s a chance you have shaved with it yesterday.

Meanwhile this one here is a very nice example. What I like the most about this car is the cleaned engine bay. Although many would question why so much time was invested here into getting the bay cleaned and the engine sprayed – should’ve done a swap, they’d say. Sure the 1.9 straight diesel takes ages to reach 100 km/h and doesn’t go too much faster than that, but it also runs on pretty much everything and it’s bulletproof. I liked to drive it, someone even said to me once it sounded sporty but I don’t think they were sober.

Would you play with a 1.9d? Why not, I love the idea and the olive green paint looks great in contrast with the cleaned, white engine bay. Top job! 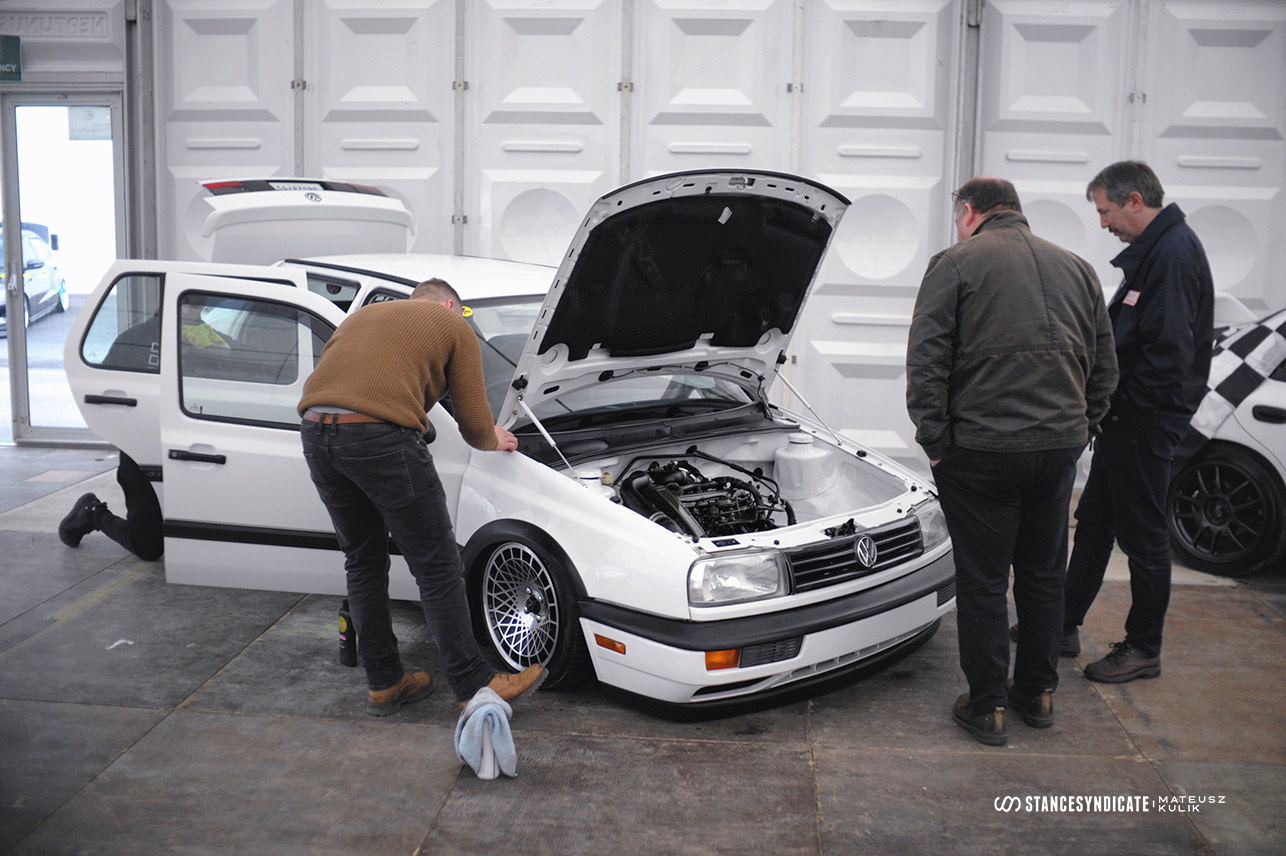 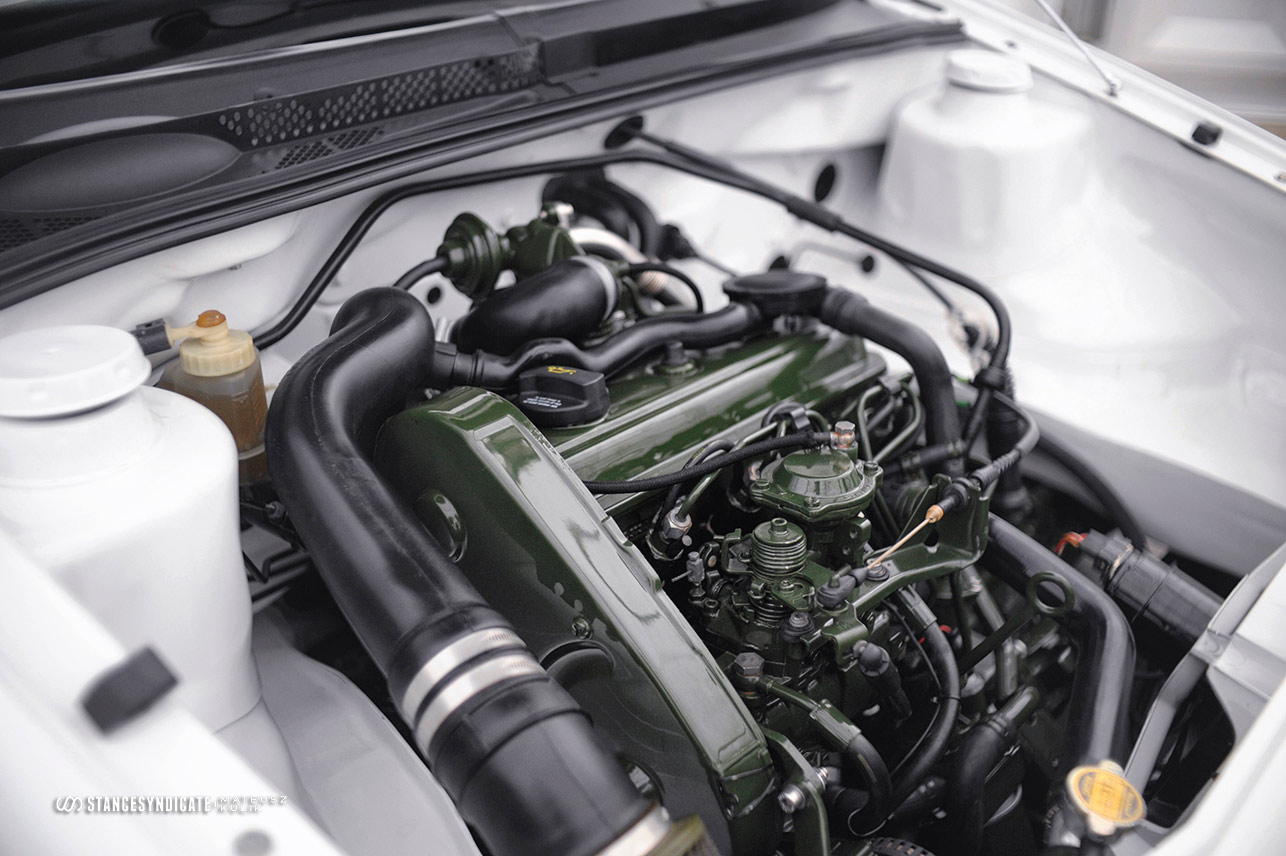 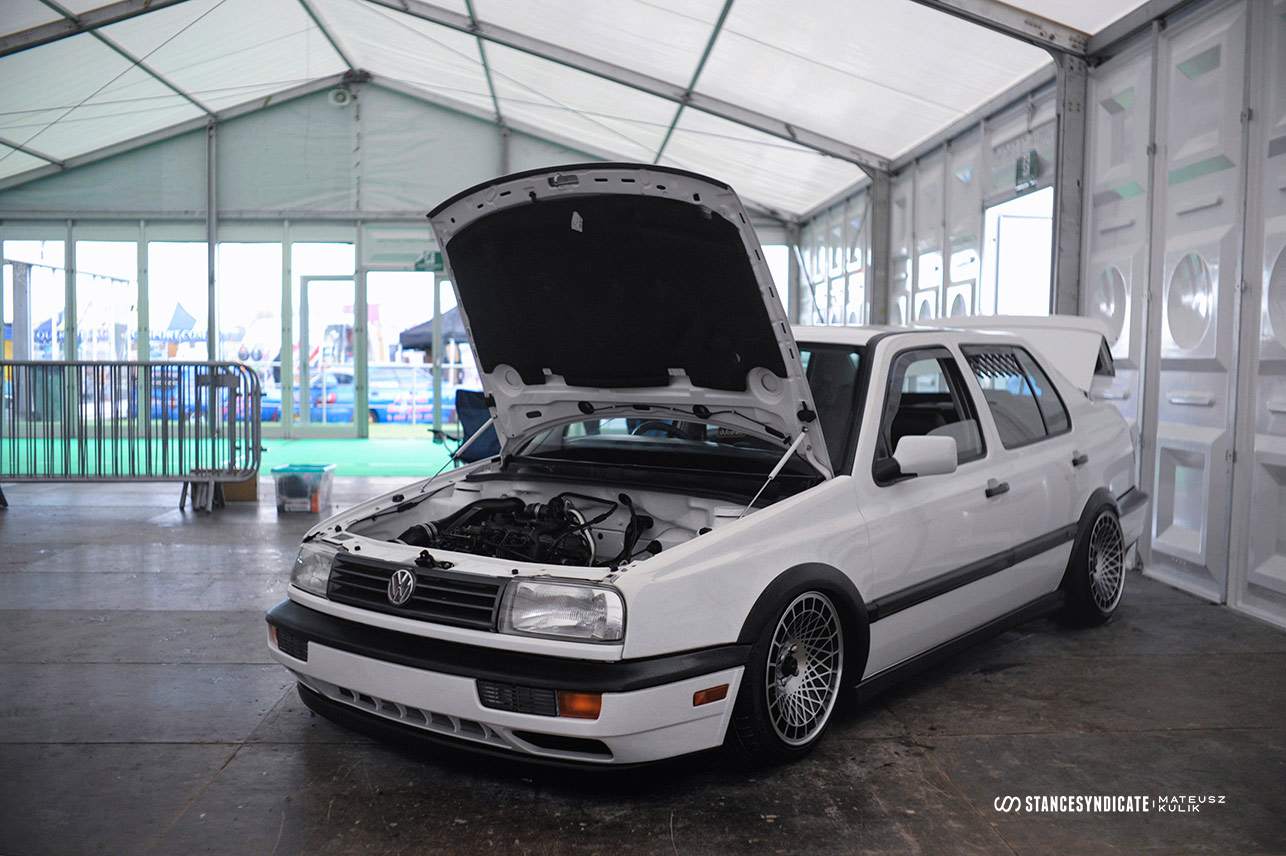 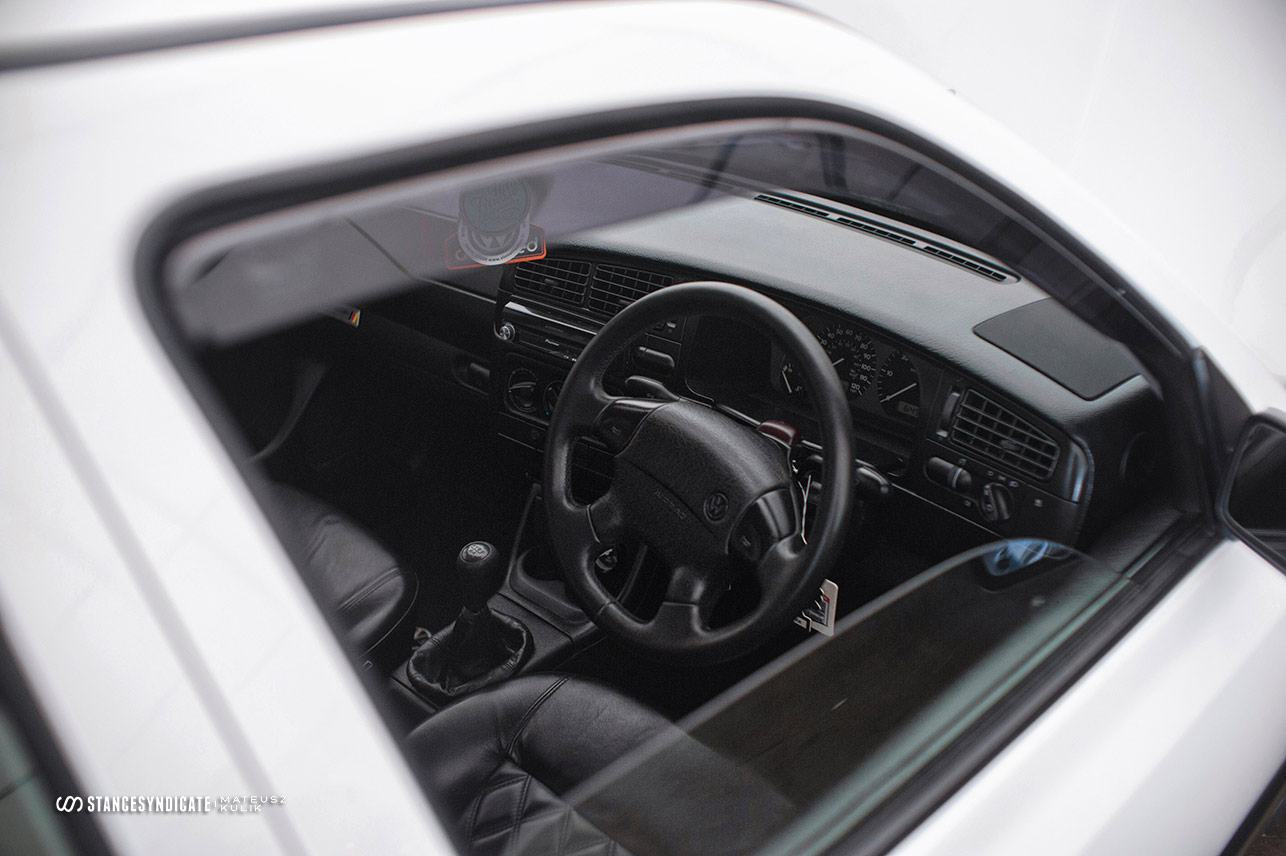 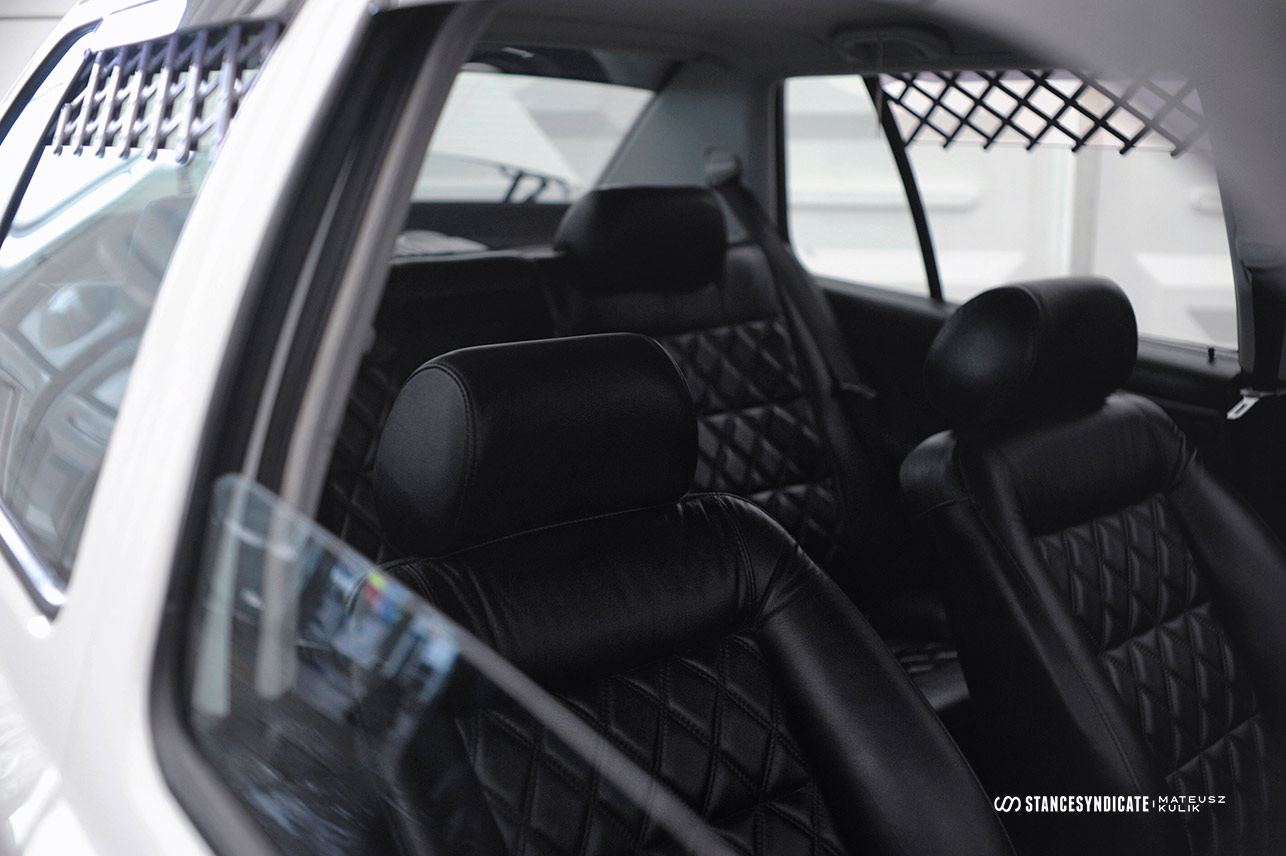 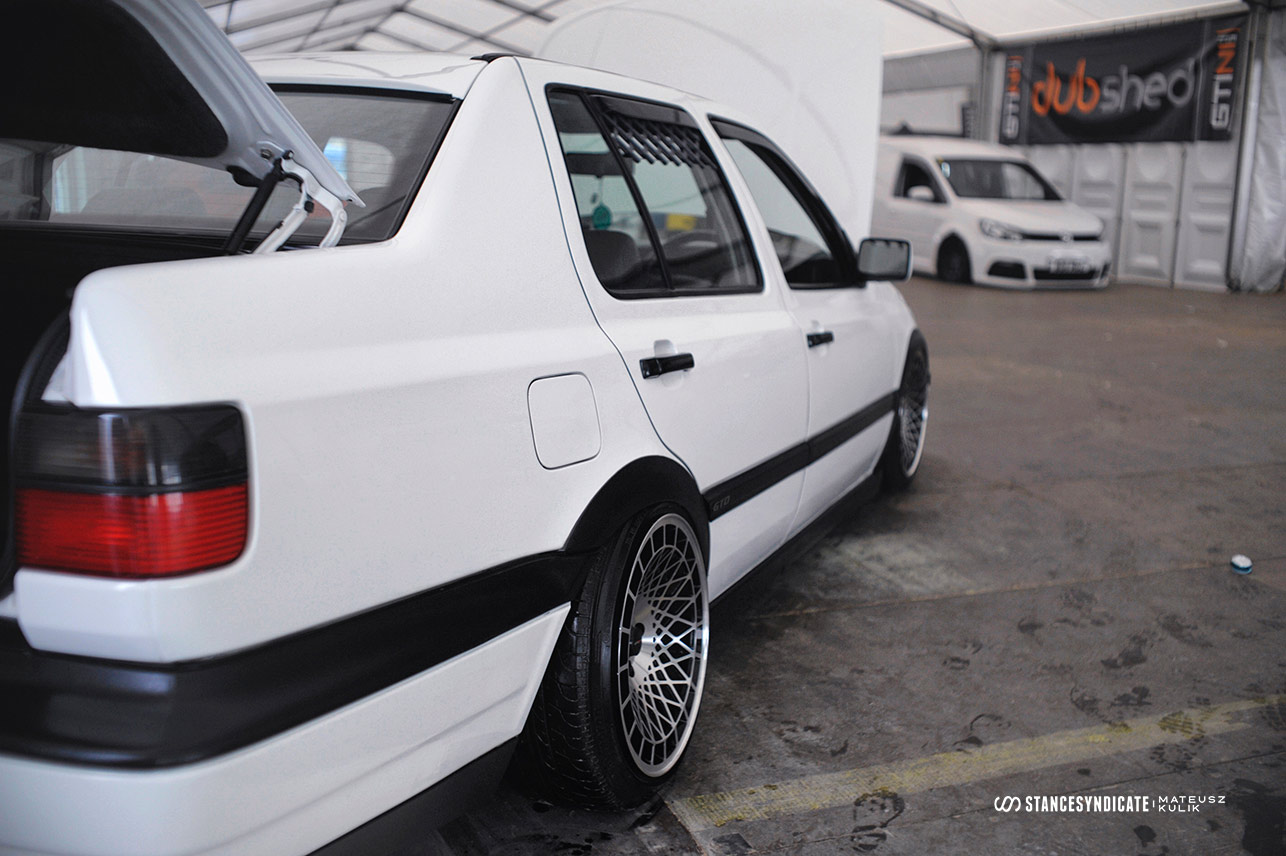 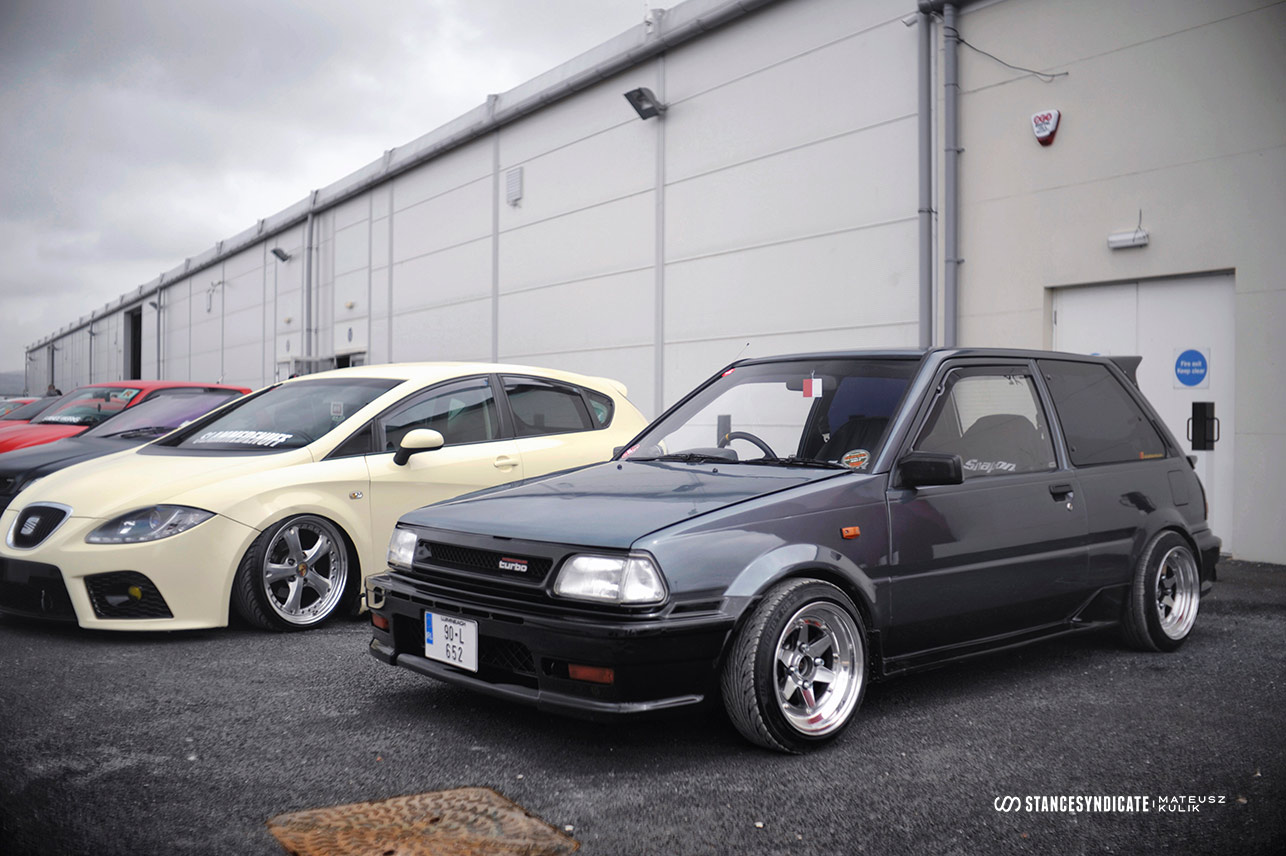 Driving on the M1 motorway to Dubshed, somewhere around the border between the Republic and Northern Ireland we met this boxy little beast heading north. From the far distance we’ve noticed something sitting low and fat in the outside lane. Nice ass. She looked very attractive as we approached slowly from the back, driving in the inside lane. I bet that boys are heading to Dubshed too, I saidto myself while monitoring the Starlet as we took it over. So much joy there is in looking at low yokes on the move, so much more fun than when they’re static at a show.

But when they stop and go show and shine you can have a closer look so I took a peek inside and found on its dashboard one of our stickers from the show we did back in 2016 in Dublin together with Raceism United. Plus 666 points for the Starlet… though it’s boxiness was enough for me to call it one of the #FAP4. 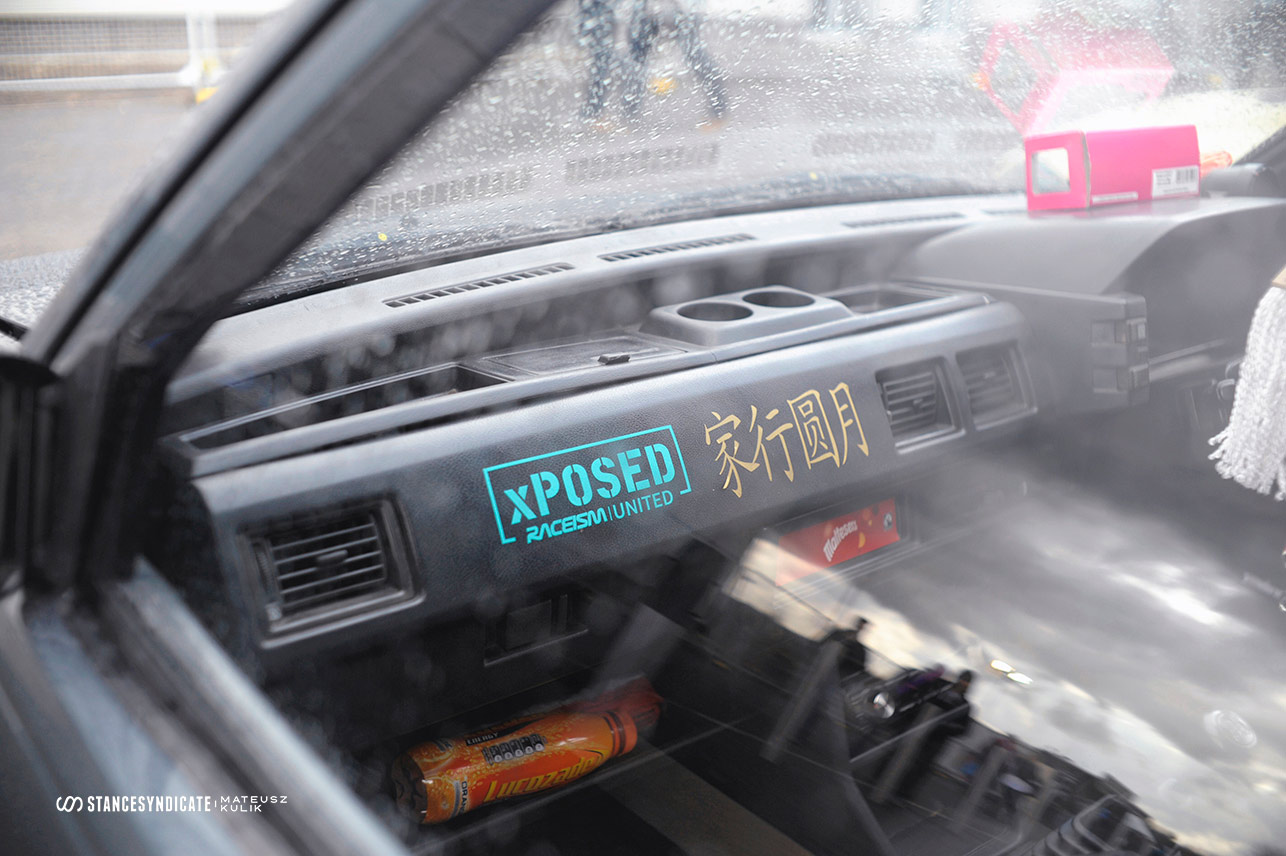 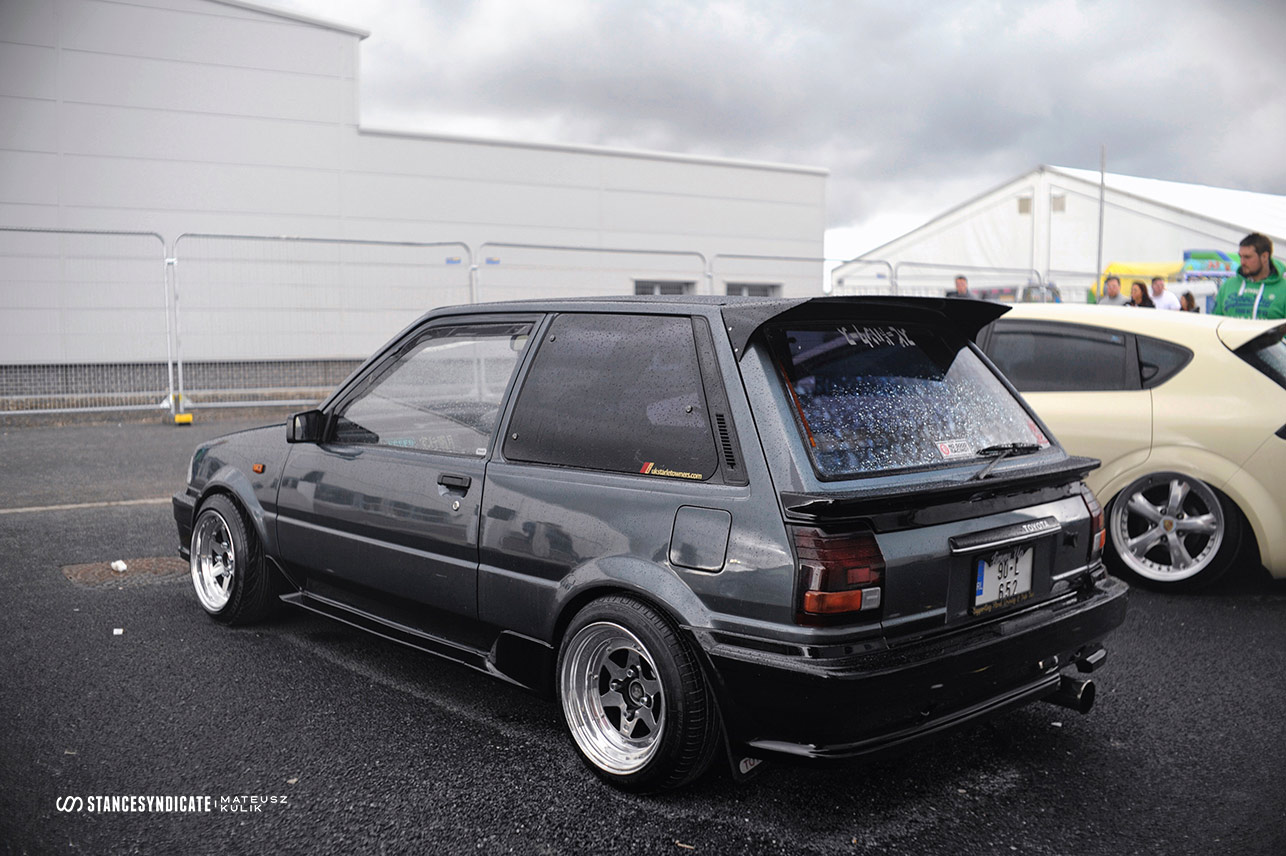 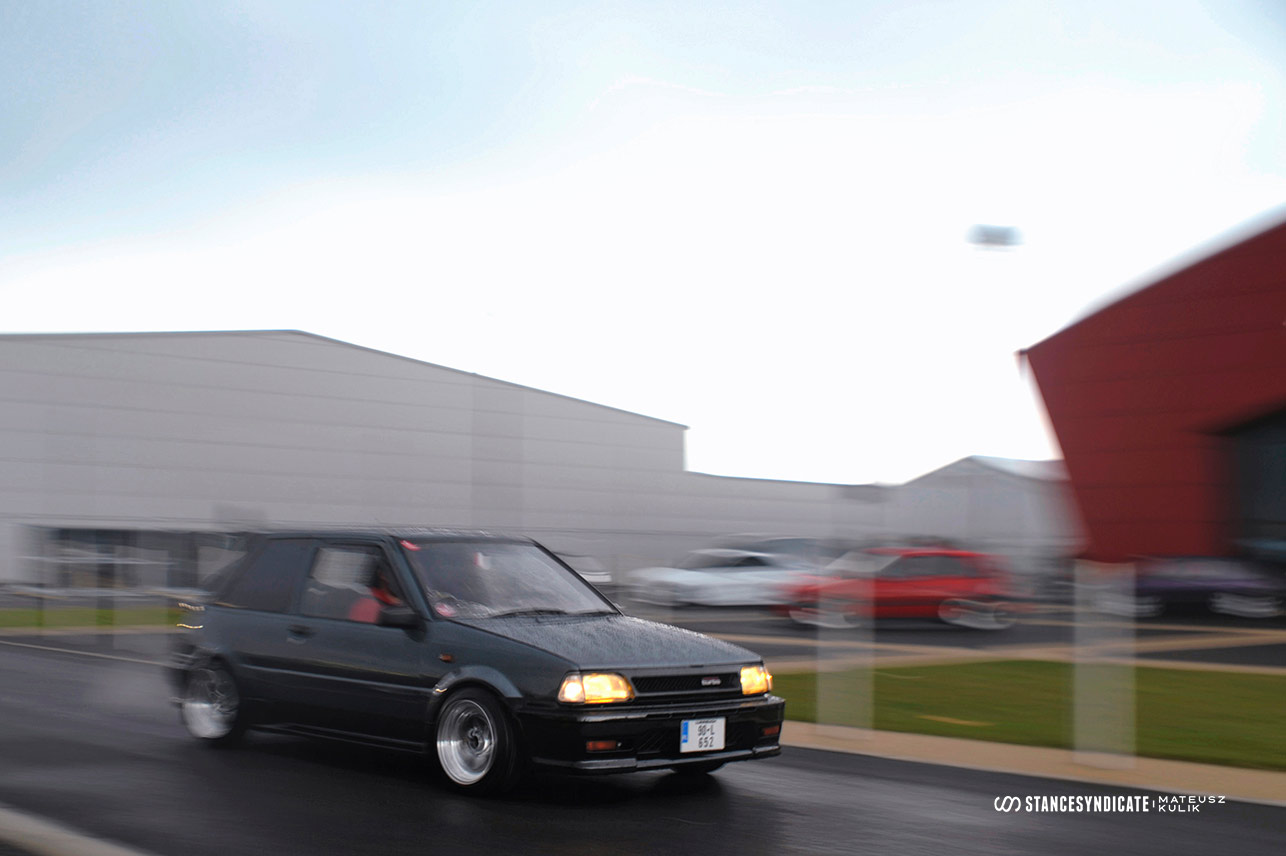 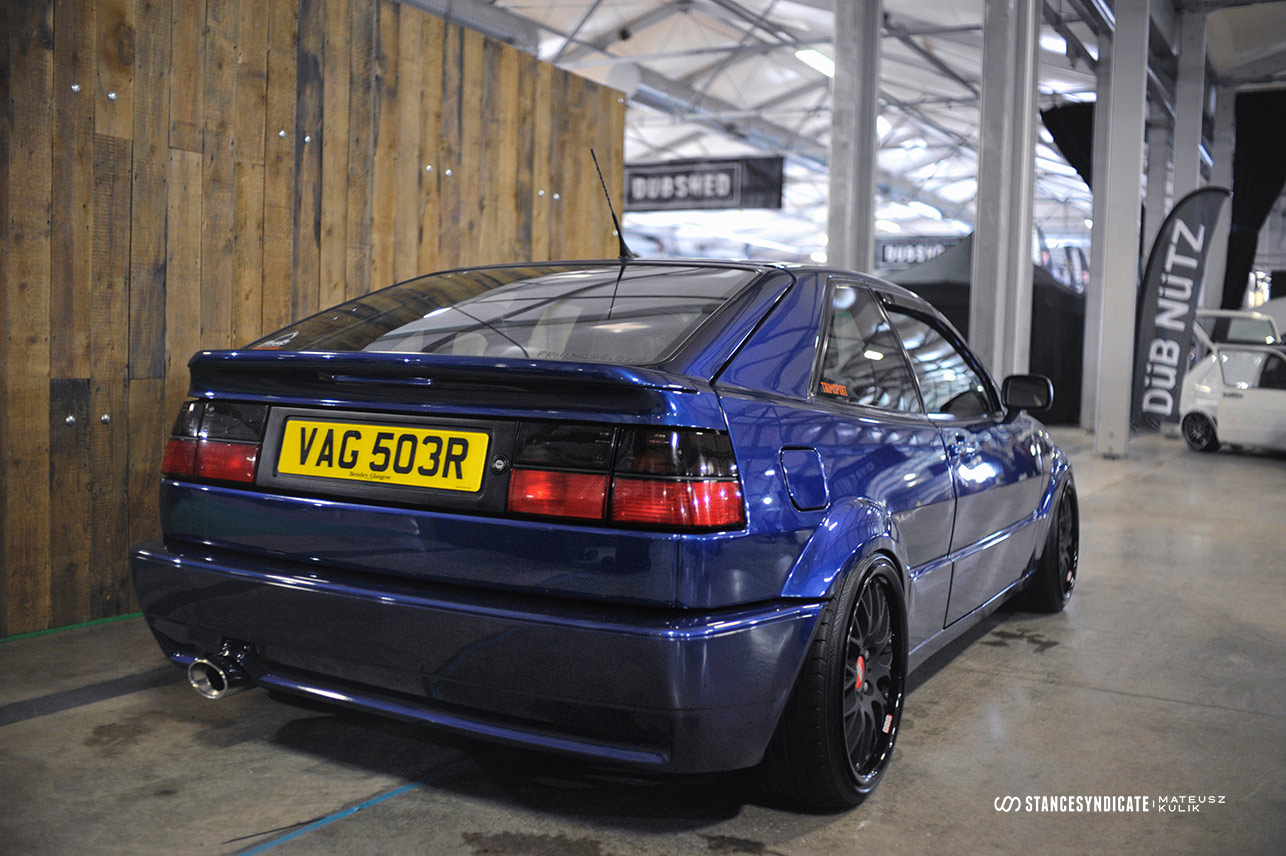 As we were leaving the show grounds after Saturday at Dubshed we’ve noticed this stunning VW Corrado parked just outside in the visitor’s car park. I nearly twisted my neck. I thought I saw a ghost. I have a midnight blue Corrado G60, she has a shaved number plate slot in the front bumper and the last time she’s been out she was wearing black shoes too. I forgot how beautiful is Corrado’s shape. I miss it and seeing this car I want it back on the road as soon as possible. Here’s another point on the to do list, but this season will be missed.

Corrado is one of my favourite VW models and this one here is an absolute perfection. Clean and simple! Sexy! But must not fap! #FAP4 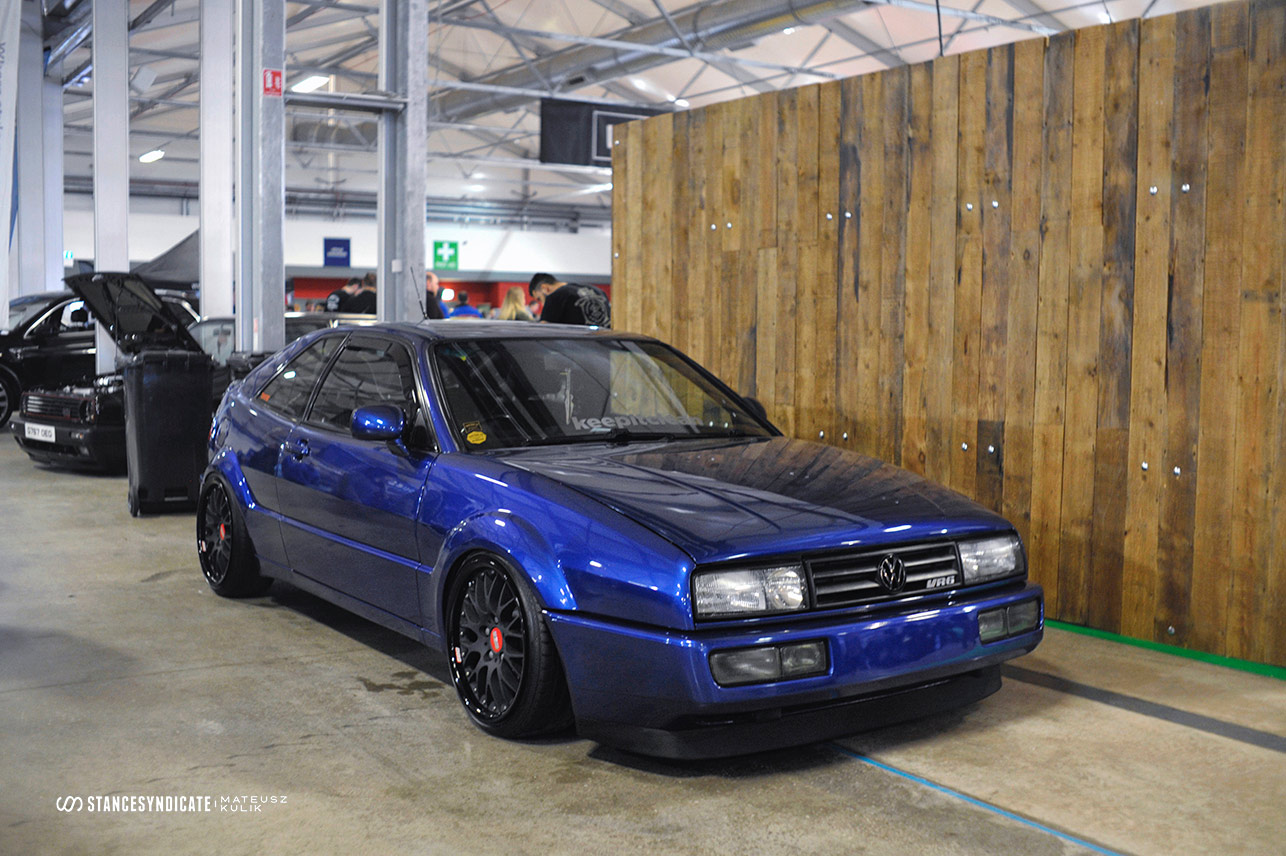 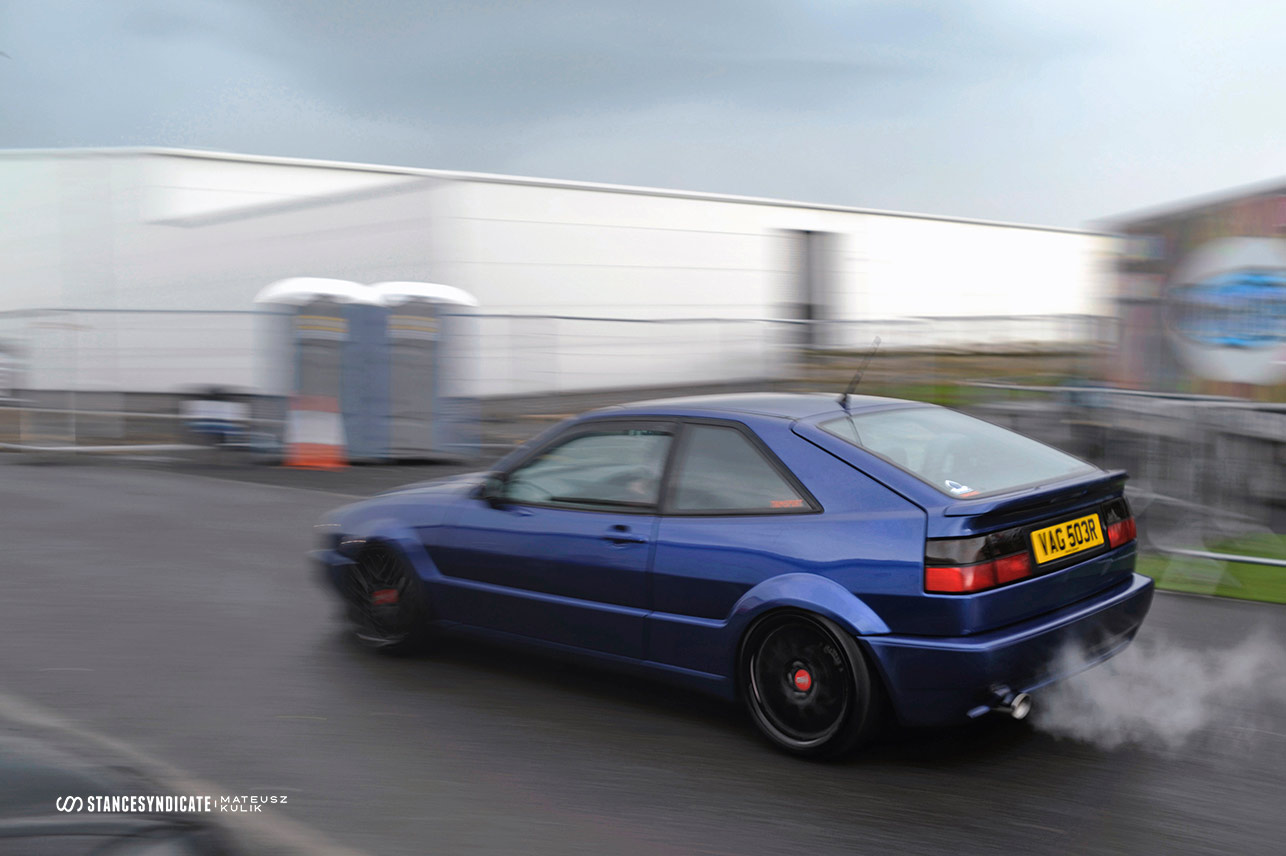 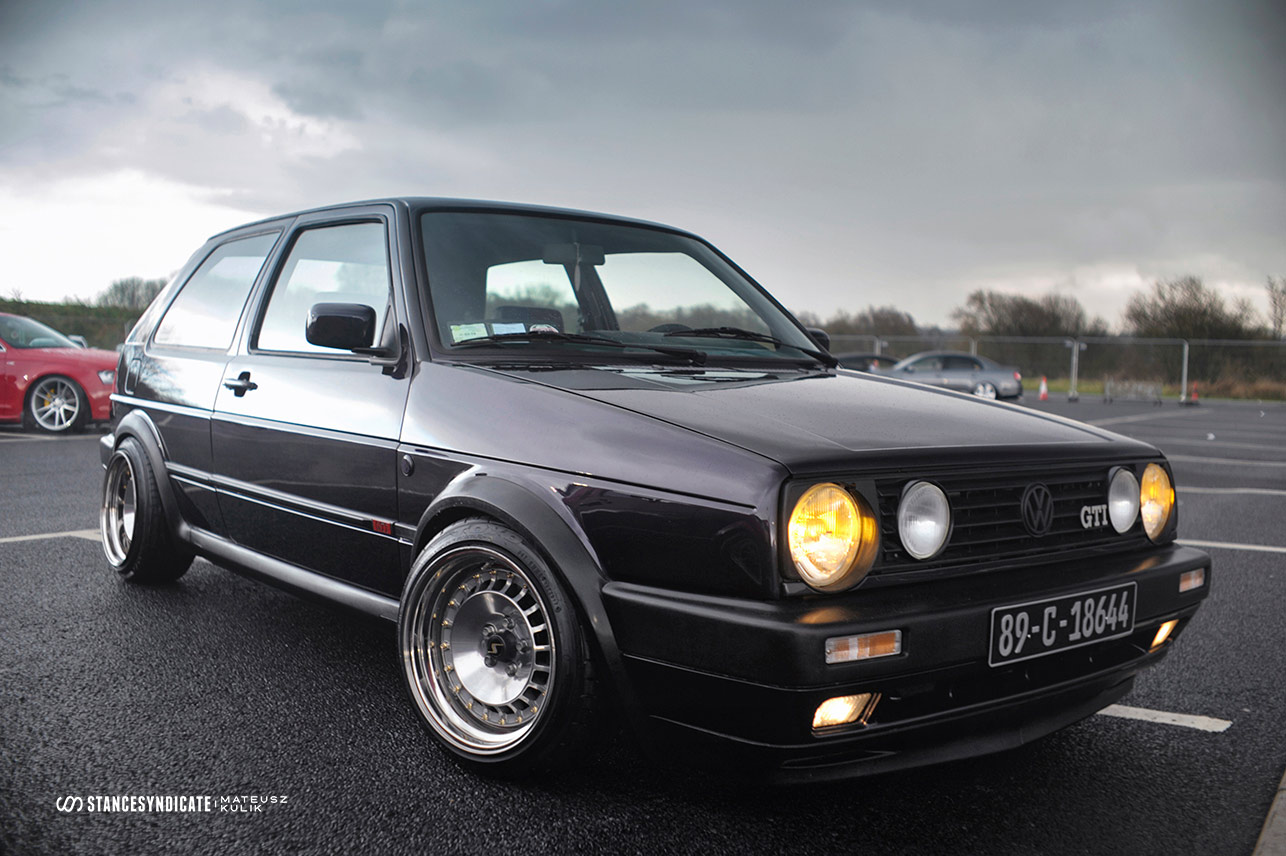 Last but not least, a Mk2 beast with a touch of a rainbow. A bit warm like, one might say considering VW’s choice of the colour scheme for this limited edition of the Golf Mk2. But before you laugh, as there was plenty of “special” Mk2s – appreciated less or more – and you might think that some German lad responsible for designing Fire & Ice came back fresh from Berlin Love Parade with this pinkish style for a bit different Golf. No, this one is special special.

The Golf Mk2 GTI Fire & Ice was actually created by VW in honour of the 1990 film “Fire, Ice and Dynamite” – an action sports comedy which starred Roger Moore in the leading role as a tycoon whose children and creditors compete for his money in an athletic contest. The film was directed by Willy Bogner who, together with VW board member Herbert Schuster, proposed the idea for this special edition. He worked in collaboration with the designers of VW’s design department for colour and trim and Fire & Ice got a specially mixed for this edition Dark Violet pearl effect paint, colour code LC4V, which colour spectrum ranges from eggplant to almost black depending on the light.

But what really makes this Golf stand out is hidden inside. Bogner’s chief designer Gotthard Thylmann proposed panels and seats in bright blue and violet tones in contrast with the blackness of the cockpit and it turned out like Marmite. You either love it or hate it. Either way, it’s a rare version Mk2 and whether you like it or not… it’s not a cheap one today. 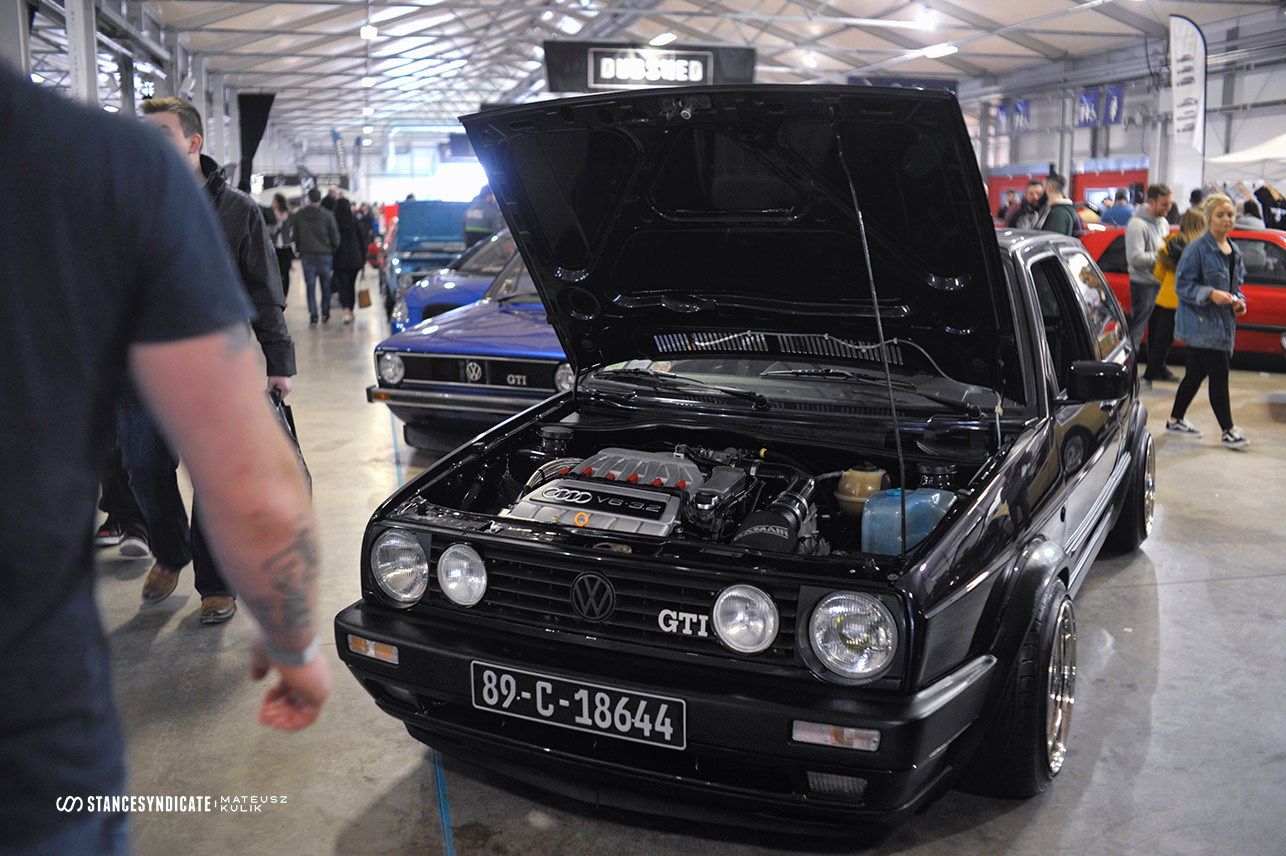 Originally the Fire & Ice Golfs came with a range of 1.8 litre engines: 90hp, 107hp, 129hp and, of course, the 160hp G60. There was also an 80hp GTD version for those who wanted to drive a bit cheaper. But Ronan doesn’t care if it is cheaper. Be like Ronan. His Mk2 hosts almost twice as much cylinder capacity under its bonnet than when it left the factory – it was fitted with a 3.2 litre V6… for a bit more power and for the sound with which you can’t go wrong.

This car was of the road for a longer while. Parked outside for months turned green. Some 8 months ago it was still covered in moss when Ronan got it to give it a new life and save another dub from becoming Gillette. Ain’t a Golf the best a man can get? Fair play for not only rebuilding the car to its original shape but also for bringing it to the next level – although a lower one. Great build! #FAP4 as fuck! 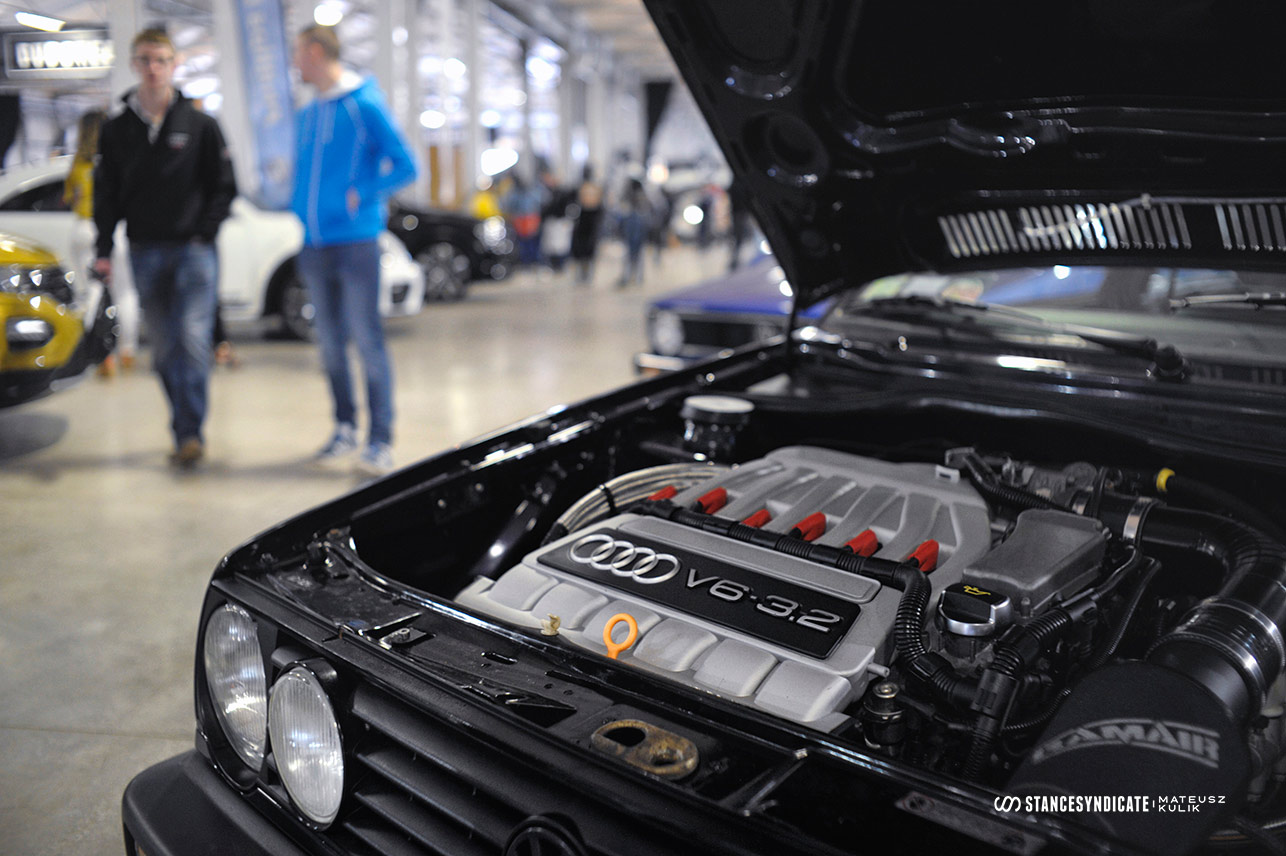 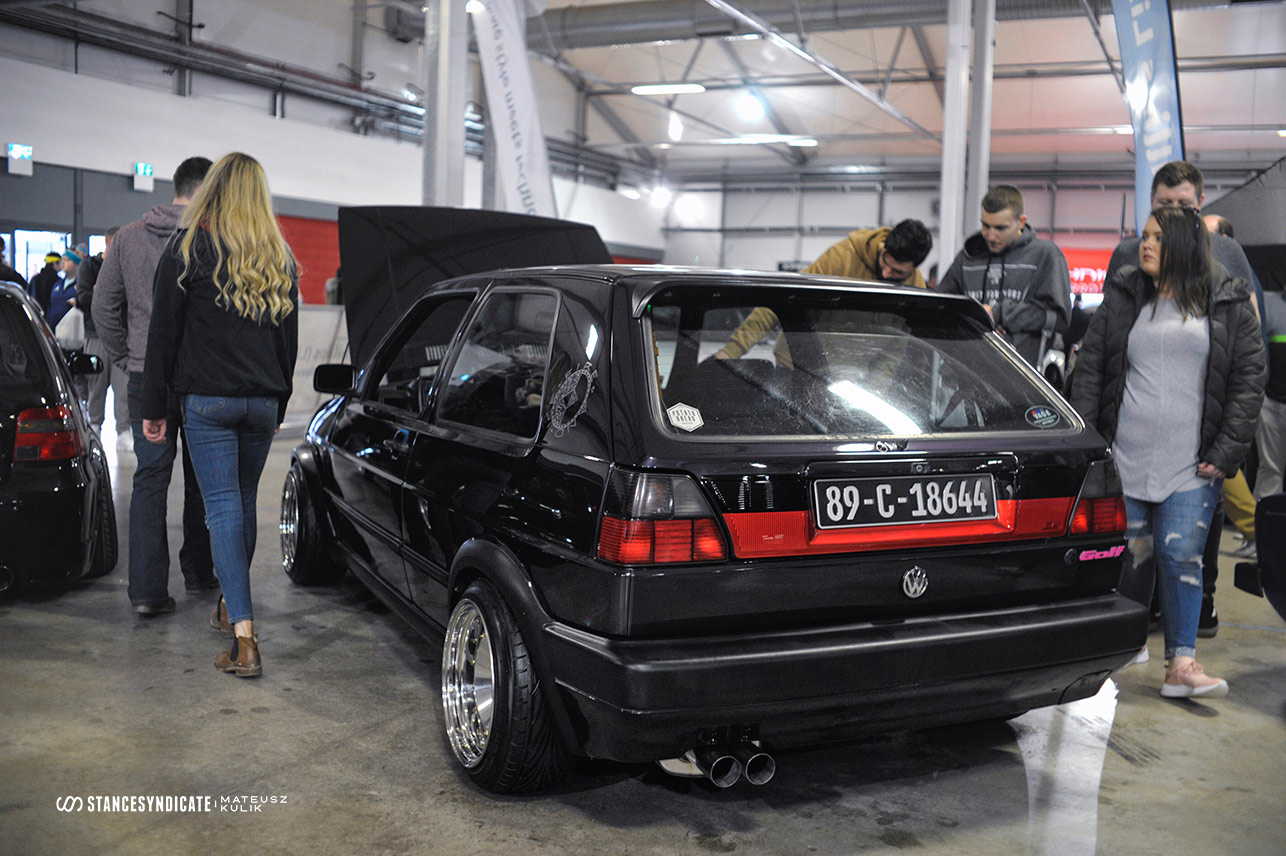 Hope you liked the cars I found the most interesting this year at GTINI’s Dubshed. The selection of builds to choose from was not small, as every year at Ireland’s number one car event, but the above four stood out the most for me. What would be your pick?

Want to see the rest of the cars on show? Full coverage from Dubshed 2018 is coming soon! Follow StanceSyndicate on Facebook. 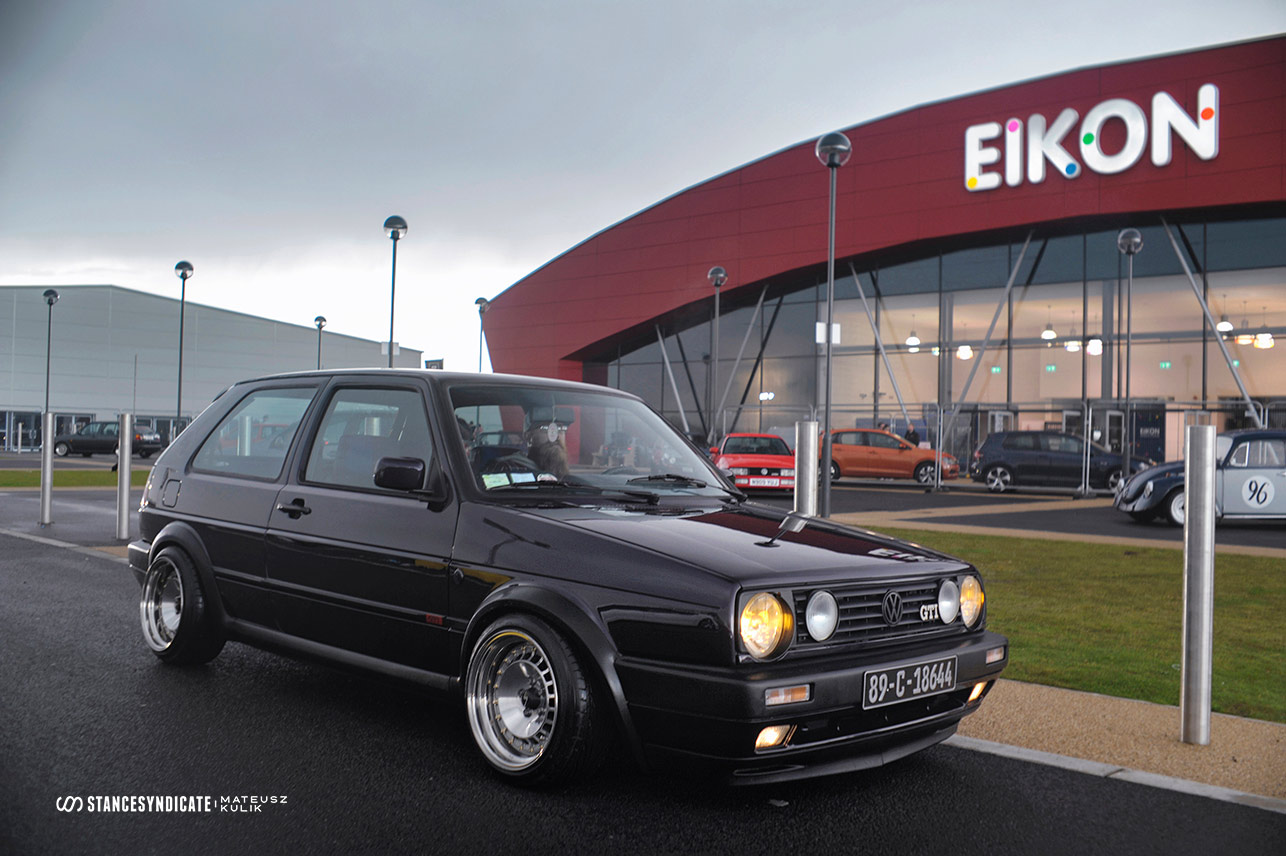