An another great show is coming to Wrocław in Poland this weekend! From tomorrow at the local horse racing racecourse over 200 cars from Poland and Europe will gather for one more top class car event in the capital of the Lower Silesian Voivodeship after last weekend’s Raceism Event 2016. Get ready for the most chilled out event in the show calendar – Czillen am Grillen by WrocLOW in Wrocław a.k.a Breslau!

Earlier this year I had plenty of good craic with the WrocLOW crew. They have even invaded us during our Wörthersee Tour to occupy the floor having drunk all the vodka we had… They drove over 700km (one way) to fully enjoy only one day in Austria, simply to check out what this heaven in the Alps has to offer. WrocLOW – it’s a serious crew!

This year, due to some personal matters, I have missed the two shows I always attend – Wolfsgruppe VAG Event and Raceism Event and now I’m hungry for a great weekend with mates from the national team… A good bit of the WrocLOW squad makes up the Polish National Team for Paraolympics in Vodka Drinking. Well, they’re the core of the team and now it’s time for the the Final of the European Cup – here in Wrocław at their event.

It will be the very first time for me to enjoy their cool event – Czillen am Grillen – what actually means something like: Chillout at a BBQ. It’s going to be a laid back show! Over 200 top class yokes from Poland and Europe gathered at the local racecourse. The craic will be mighty! As always with these boys 🙂

It’s only the second time WrocLOW is organising this show – it’s still a young and a fresh one but already it appears to be one of the best events in the country. It’d be impossible to beat Raceism Event which took place last weekend, also in Wrocław, but it’s not far from it and has other interesting features to offer.

For a little teaser we’ve brought a few cars today to Wrocław’s main plaza. Right in the heart of the city we have showed the public what’s coming up tomorrow to the racecourse… and they liked it. They’ll like tomorrow’s show much more. I even let some kid take a snap in my “Bundeswehr”. 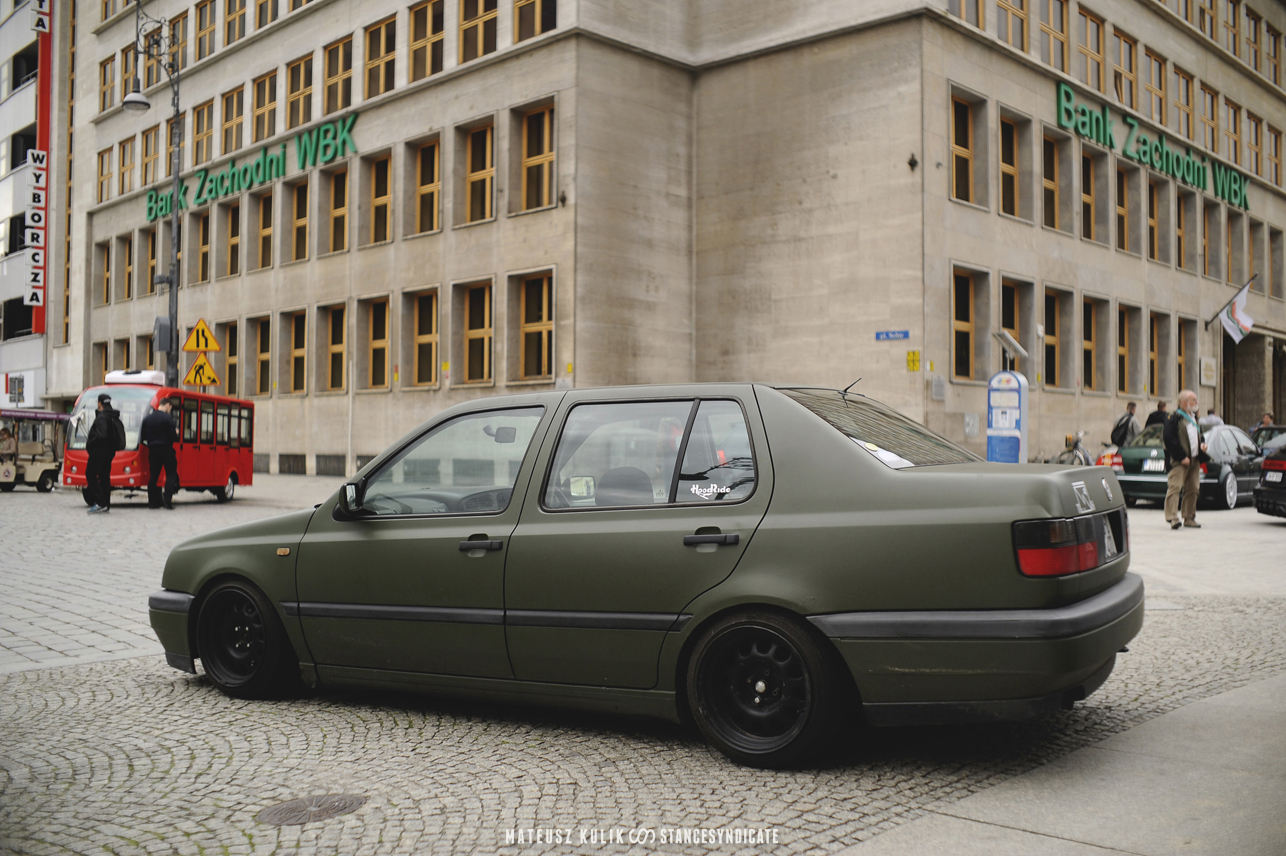 I brought her over too… straight from work, filthy as fuck! But who’d care, it’s an army car… or at least it pretends to be. She pissed me off last night when I was on my way home when the engine stalled and refused to run having been flooded. An Irish car that doesn’t like rain, weird.

After a little show off at the carrefour we took off for a little spin around the historic old town, slowly, or not, strolling on the old German cobblestone roads. Bouncy bouncy bouncy. Some truck driver got so aroused seeing the convoy of low yokes passing through that he forgot to look in his side mirrors and picked up a Seat Ibiza parked up on the path and pulled it along to the center of a main road. Well done… 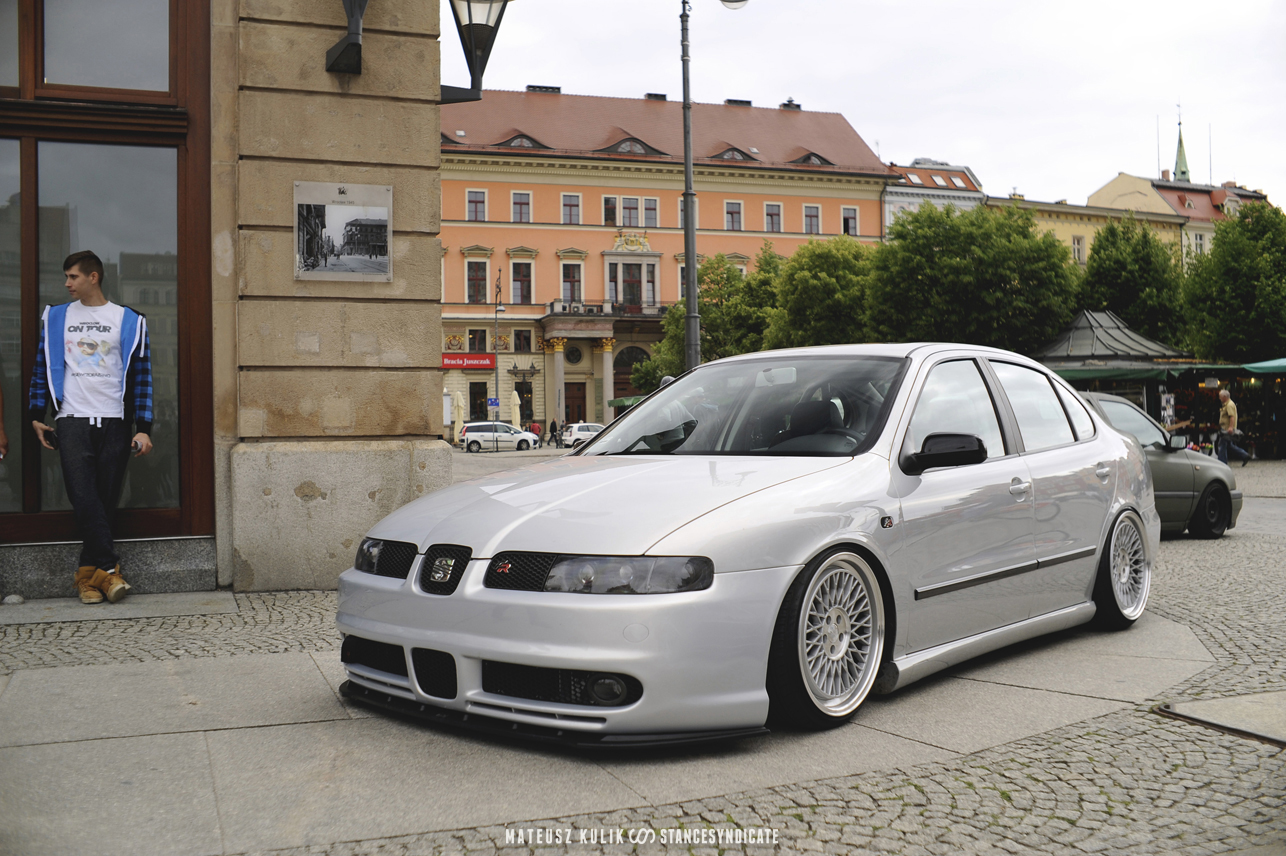 At least we’ve got some entertainment… you don’t see parked up cars being pulled by trailers on daily basis. Anyway, we’ll have much more fun this weekend at Czillen am Grillen – a mad time with mad people! In positive sense, of course 🙂

Come and see us at the Partynice Racecourse! The show kicks off tomorrow at 11am and it will be awesome! The most chilled out event of the show calendar! Here in Wrocław – #TheCapitalOfPolskiCarScene

It will be fun! Czillien am Grillen – a laid back show with a touch of hip-hop culture! Tomorrow the day will end with a gig of a Polish rapper – DIOX HIFI. I can’t remember when I went to a decent gig last… looking forward!

See you tomorrow! Bring your BBQ, your sausages and pork neck. Don’t forget your vodka! Our favourite substance… and make sure it’s cold! Czillen am Grillen by WrocLOW! 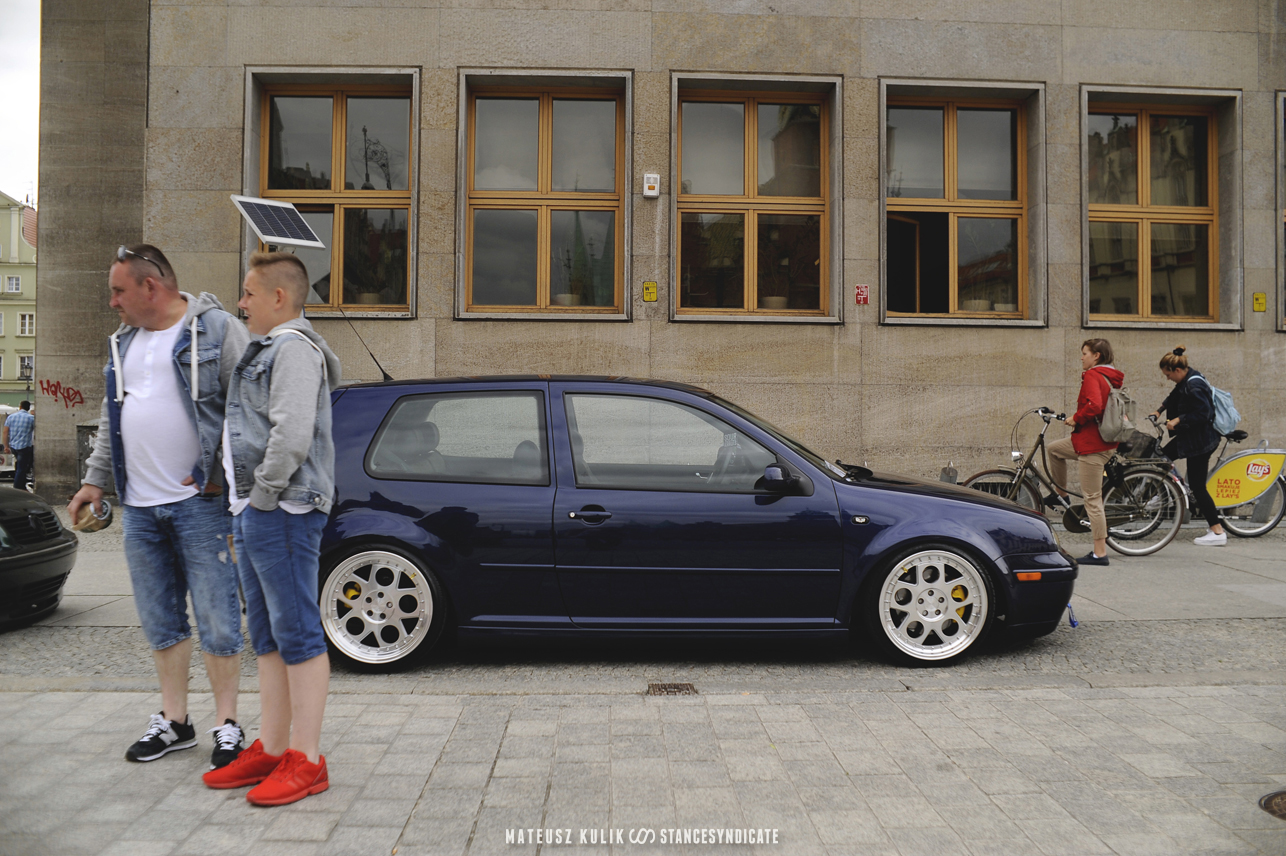 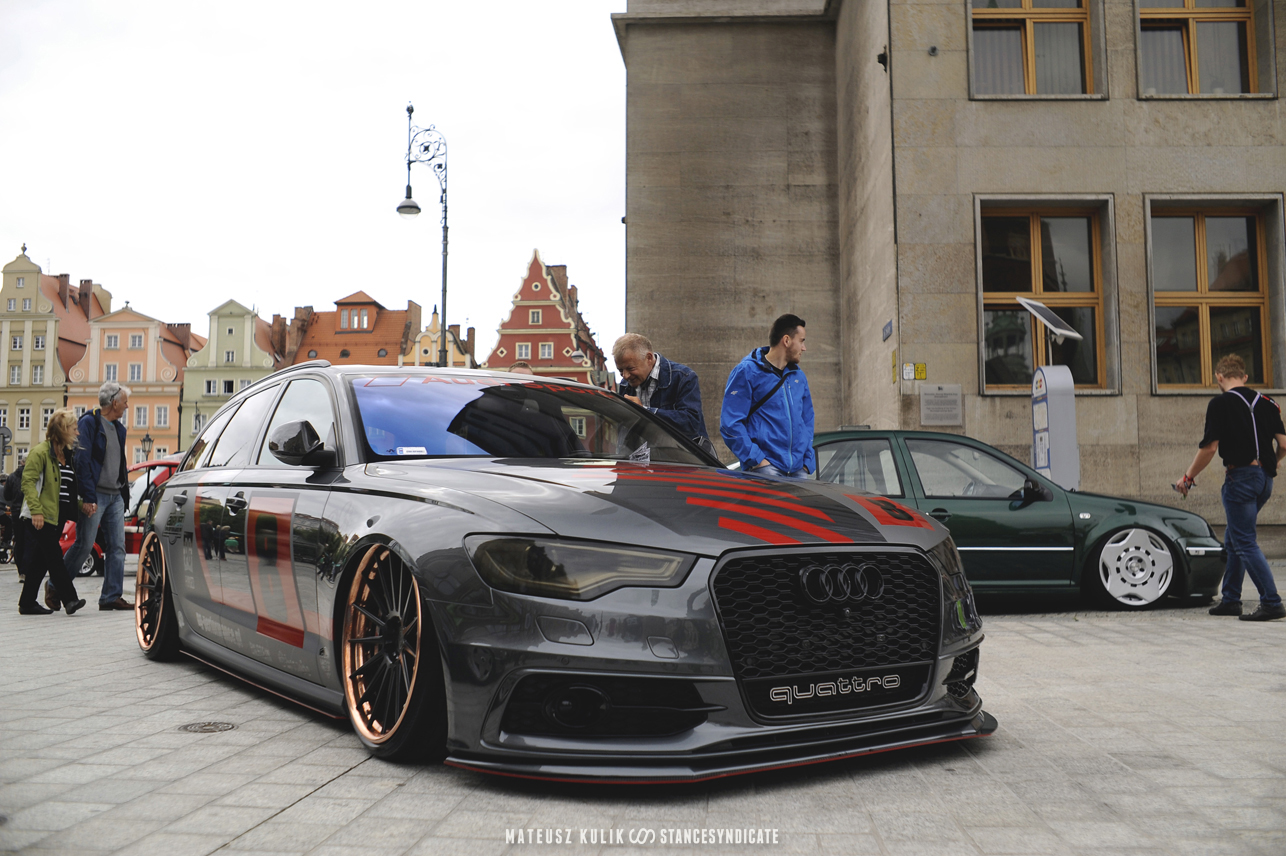 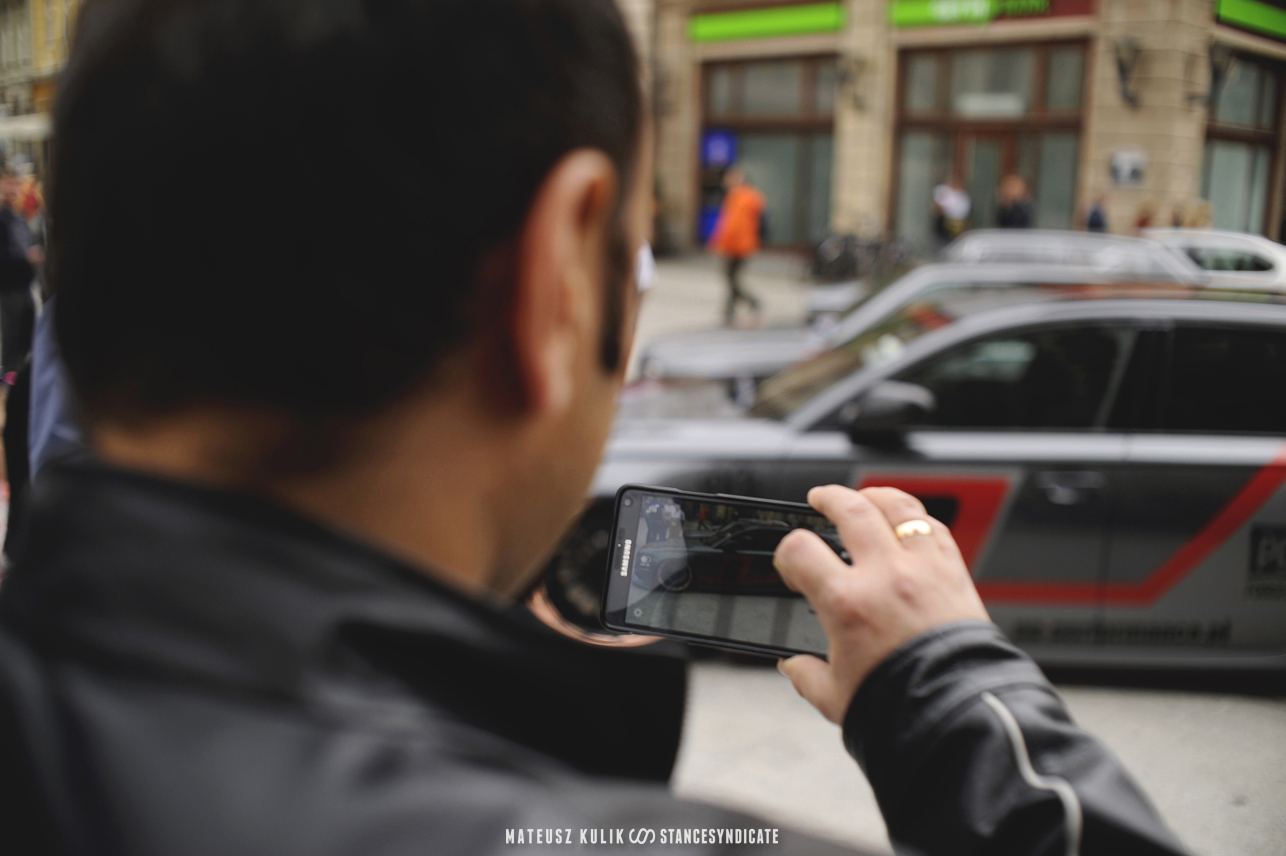 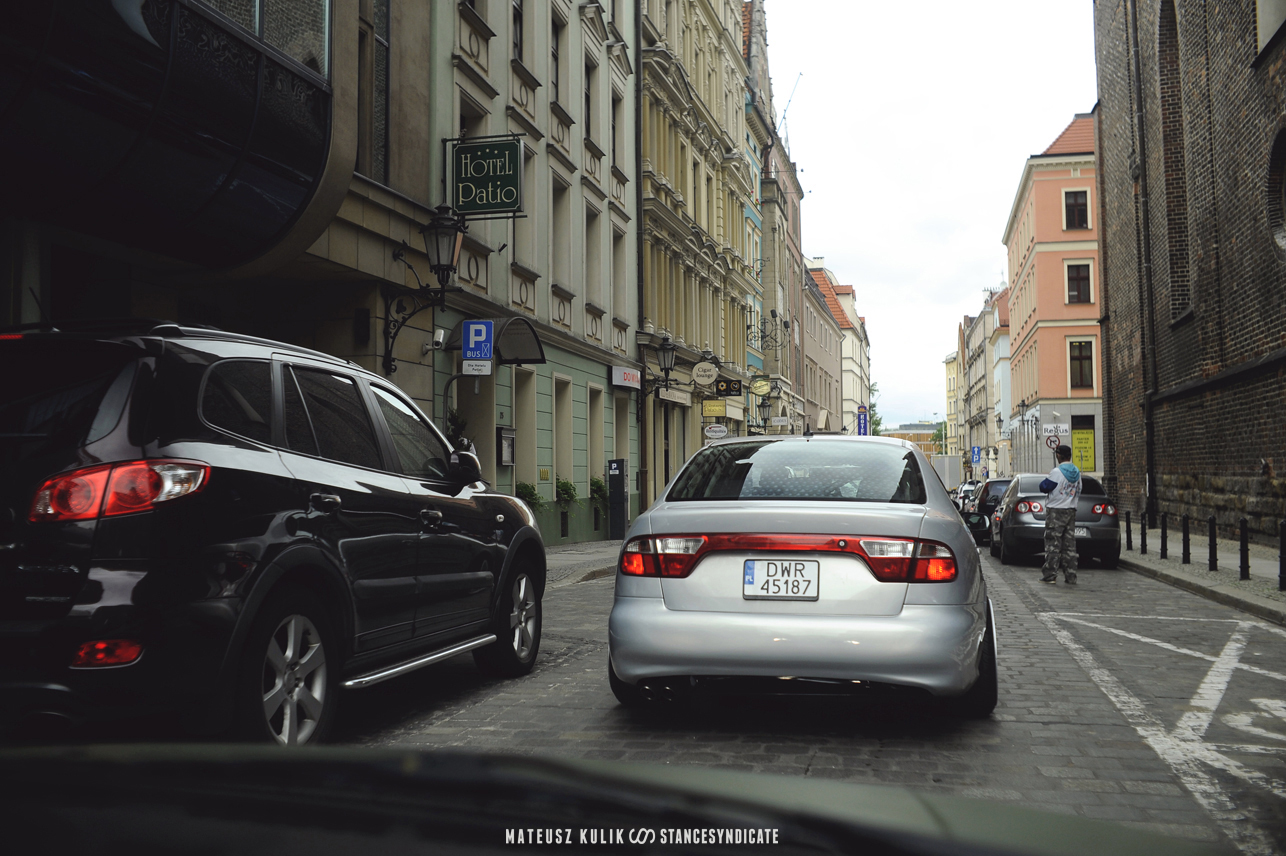