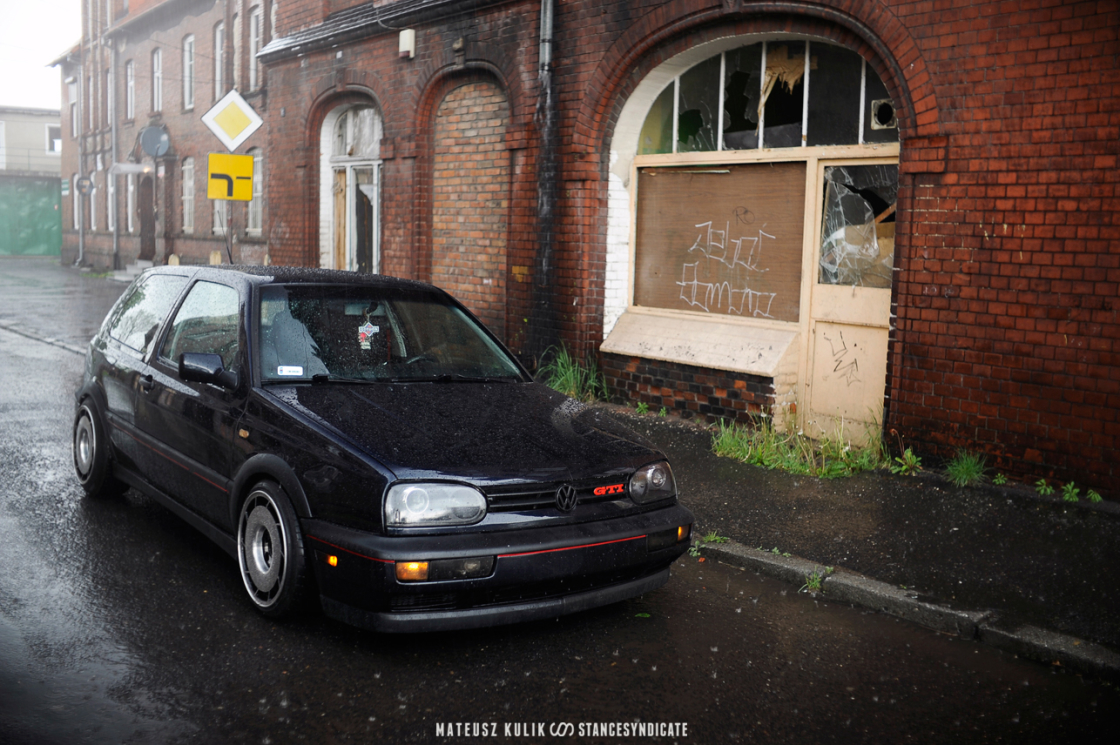 Ireland is my home now. But there’s only one home home. The real one. The funny place I come from was once a prosperous industrial city, the heart of Polish chemical industry and also the home to one of Europe’s largest inland ports which used to connect the town with Baltic Sea through the Odra river. Today, it’s almost a ghost town or a zombie one, half-dead. Hello Casper? 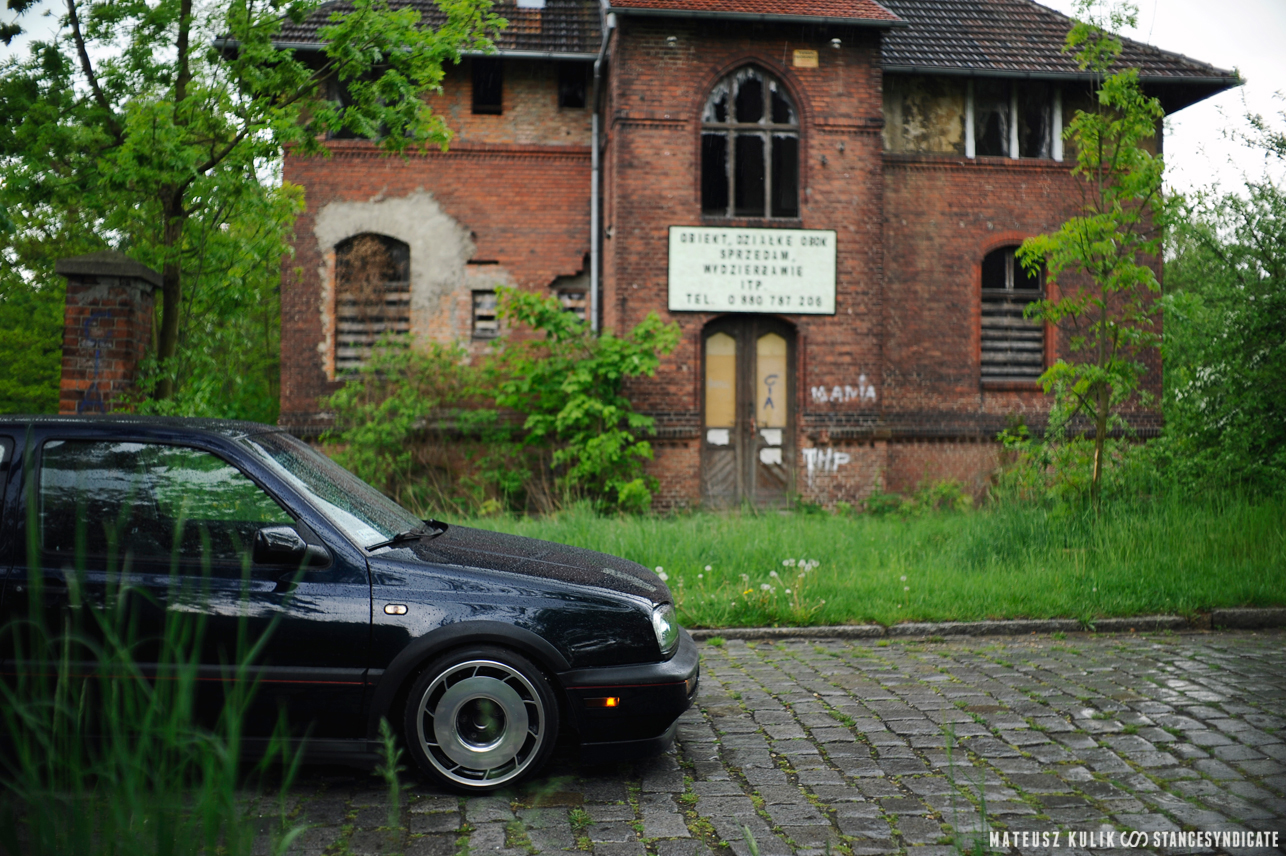 No answer. “The number you’re trying to call is currently unavailable. Please try again later” – is the answer. When I come home now it seems like no one is around to have the traditional delicacy – vodka. I don’t know why. Sure, our town’s marketing slogan is: “Miasto Możliwości” – The City of Opportunities. One of the very few mates who still lives there used to say: “The City of Opportunities – if you have one, get the fuck out of here”, what many did in the recent years. 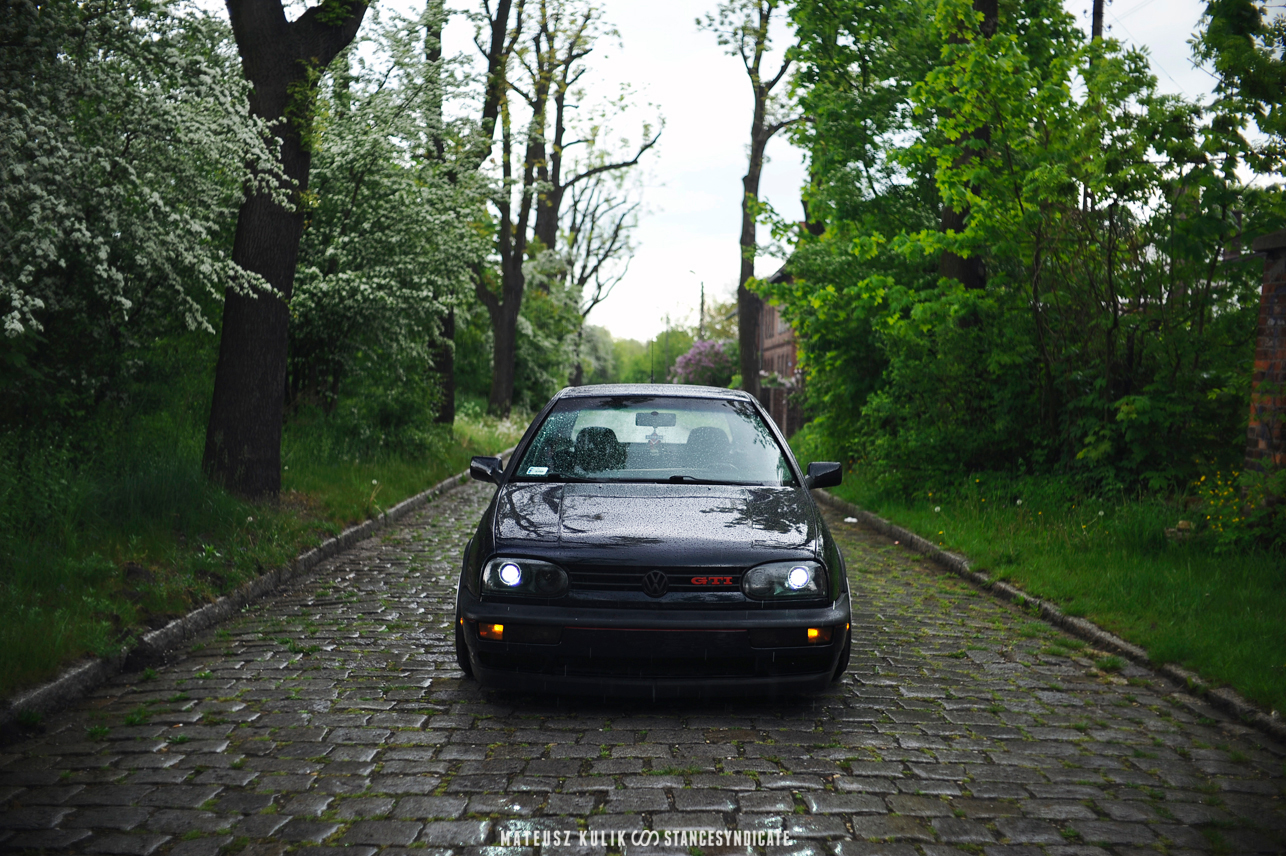 However, the town gets a bit more crowded once in a while, usually around Easter when streets look busier filled with replacements on German reg plates. The area used to be German 70 years ago until US Air Force dropped over 7000 tons of bombs on its two large chemical plants making synthetic oil für Die Wehrmacht, Ja! Sovetsky Soyuz marched in soon after. За Родину! 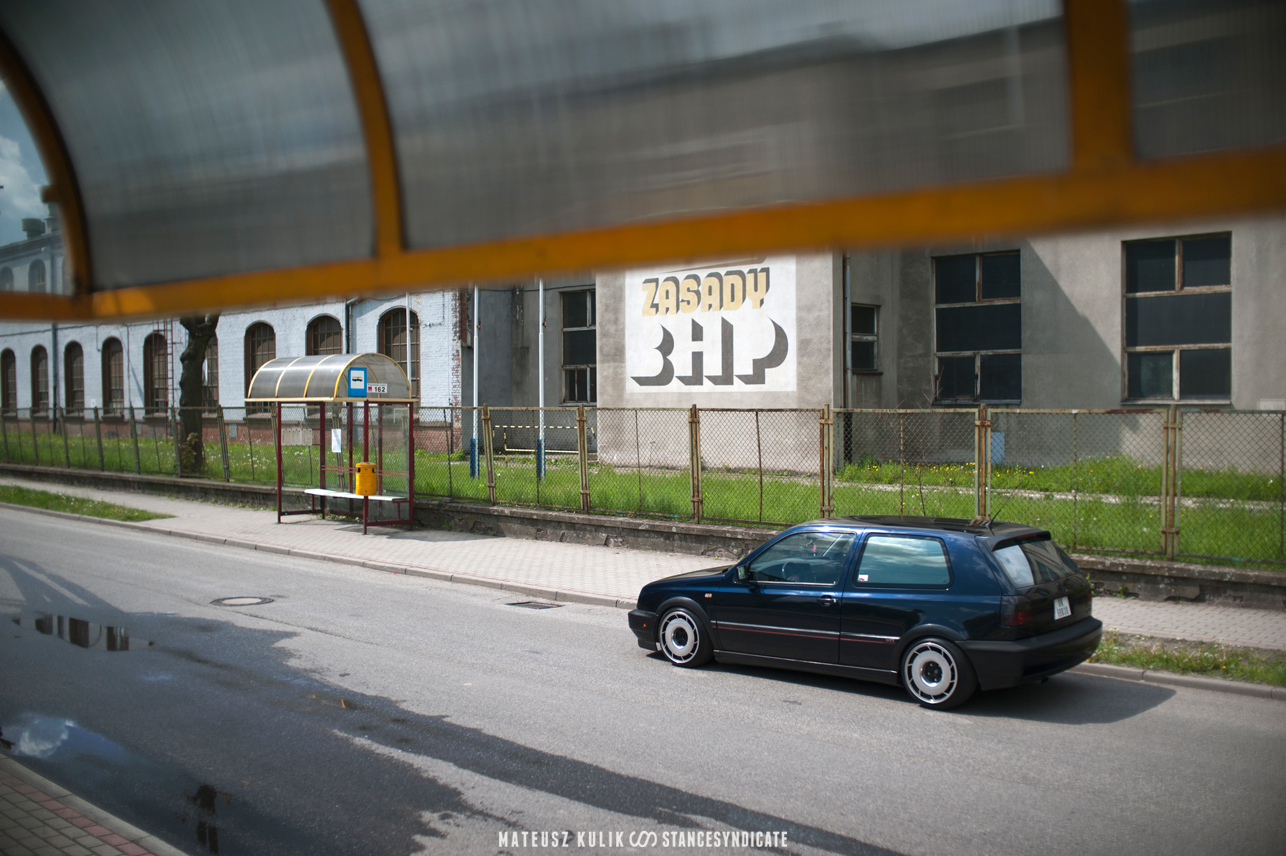 It’s a funny place. It gets even funnier when you’ll try to pronounce its name – Kędzierzyn-Koźle [kɛnˈd͡ʑɛʐɨn ˈkɔʑlɛ]. #GrzegorzBrzęczyszczykiewicz 🙂 But the best part is when it comes to our reg plates. When I had my Corrado G60 driving in the Irish rain, An Garda Síochána officers would often show me thumbs up when they pulled me over at a checkpoint eventually getting confused on which side was the driver. ‘OK, lad. Now. Ehhm. We looked at your insurance lad, but we can’t tell if it is valid. Well. Your Motor Tax too. ” – said a Gardaí. “Listen, lad. I know, sure your plates say OK, but it’s not OK, OK lad?”. I’ve got 10 days to present valid papers or get the ‘Rado back to Polska. “OK, lad?” 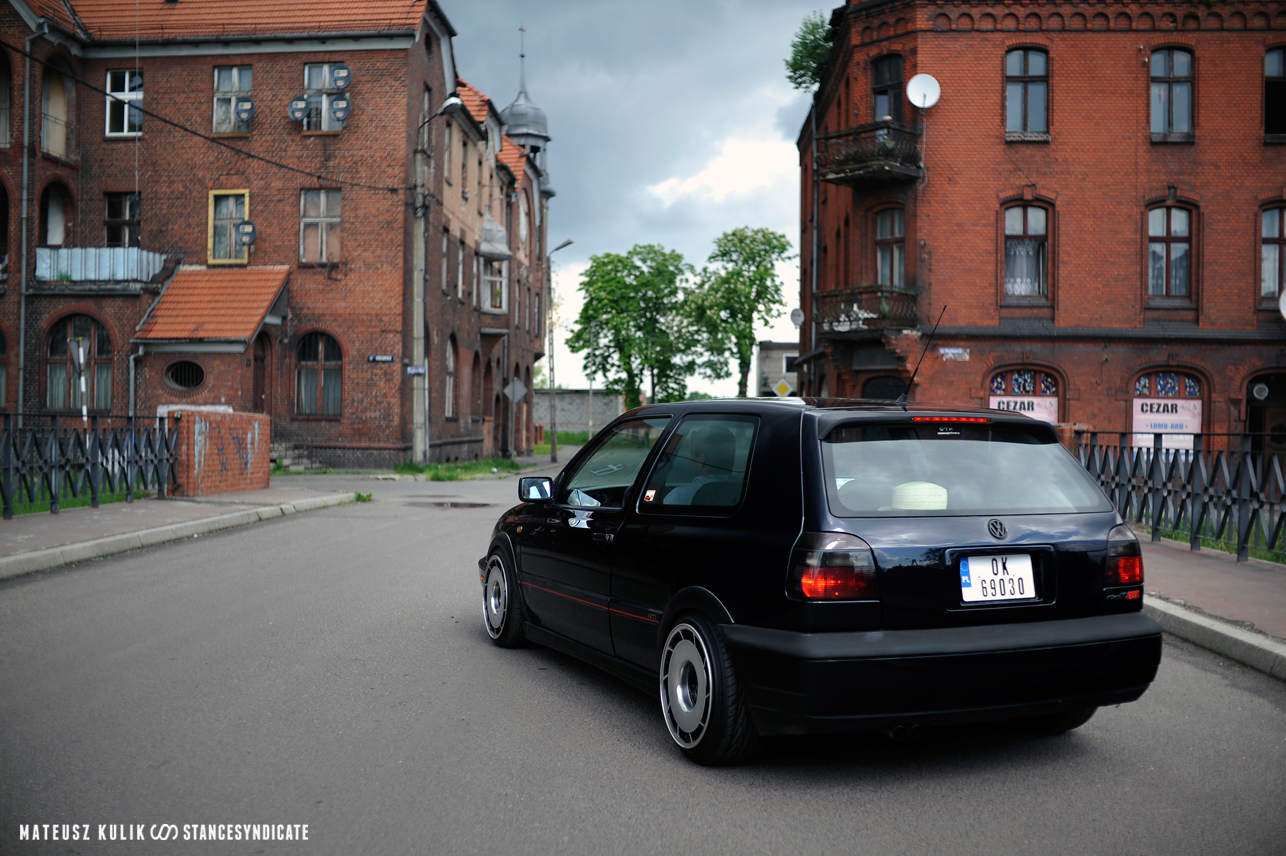 She’s now like that sleeping beauty, resting under a cosy blanket in a garage near the chemical plant awaiting her time to return on the road to go back to Wörthersee. Meanwhile back home we’ve quite a few good projects, as for a funny place like Kędzierzyn-Koźle – including some that were never shown to anyone. Hidden away rarities and gems. But we’ve plenty of rice rockets too. Plastic-fantastic, agri-spec infected cars. Show me a place on the map where they don’t fuck up relatively expensive toys like cars, using cheap and/or mindless mods from yer village’s “tuna” shop and if you will – I shall build a VW Golf Mk3 crossbred with a BMW M3 E36 and a touch of Daewoo Matiz to be the first. Neon underglow and a wing from B25 Liberator guaranteed. They would. They crave fame. Some do. 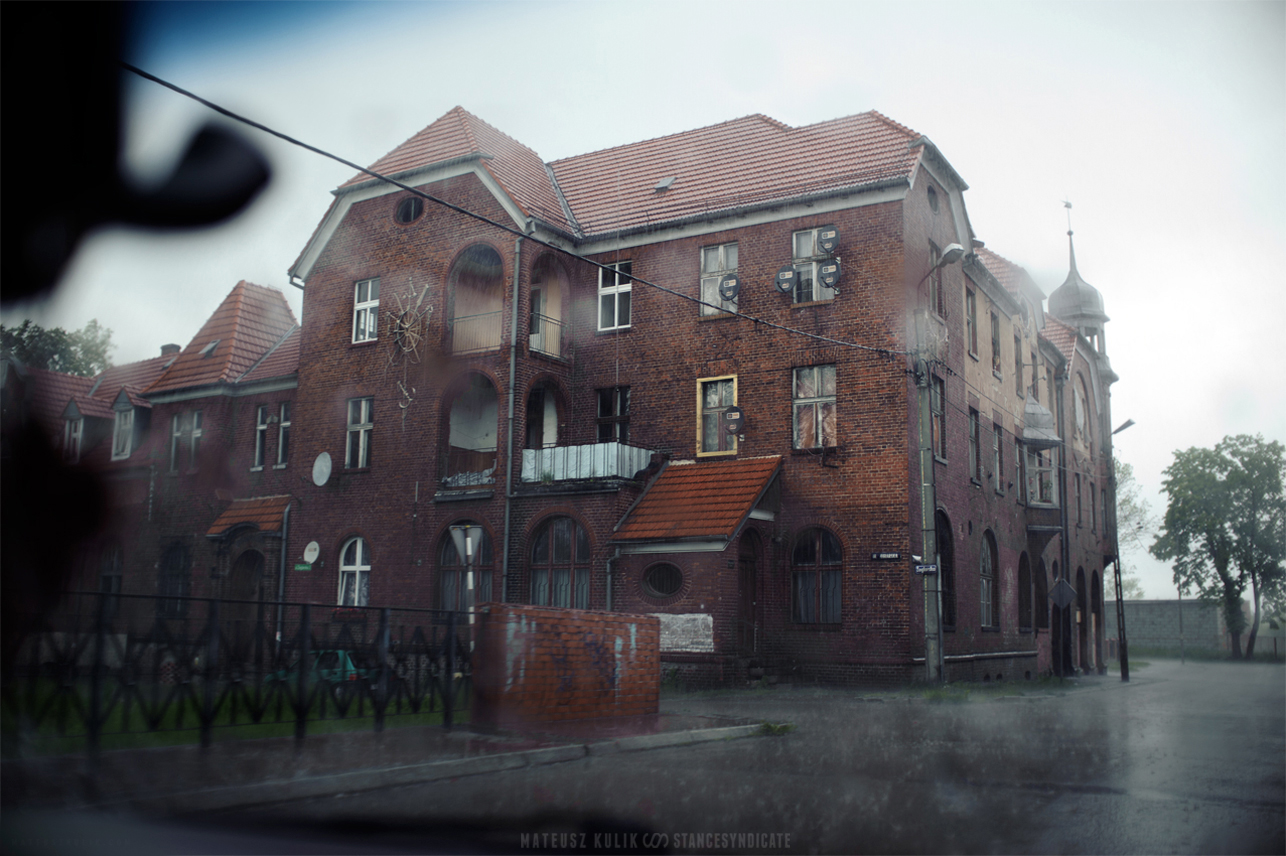 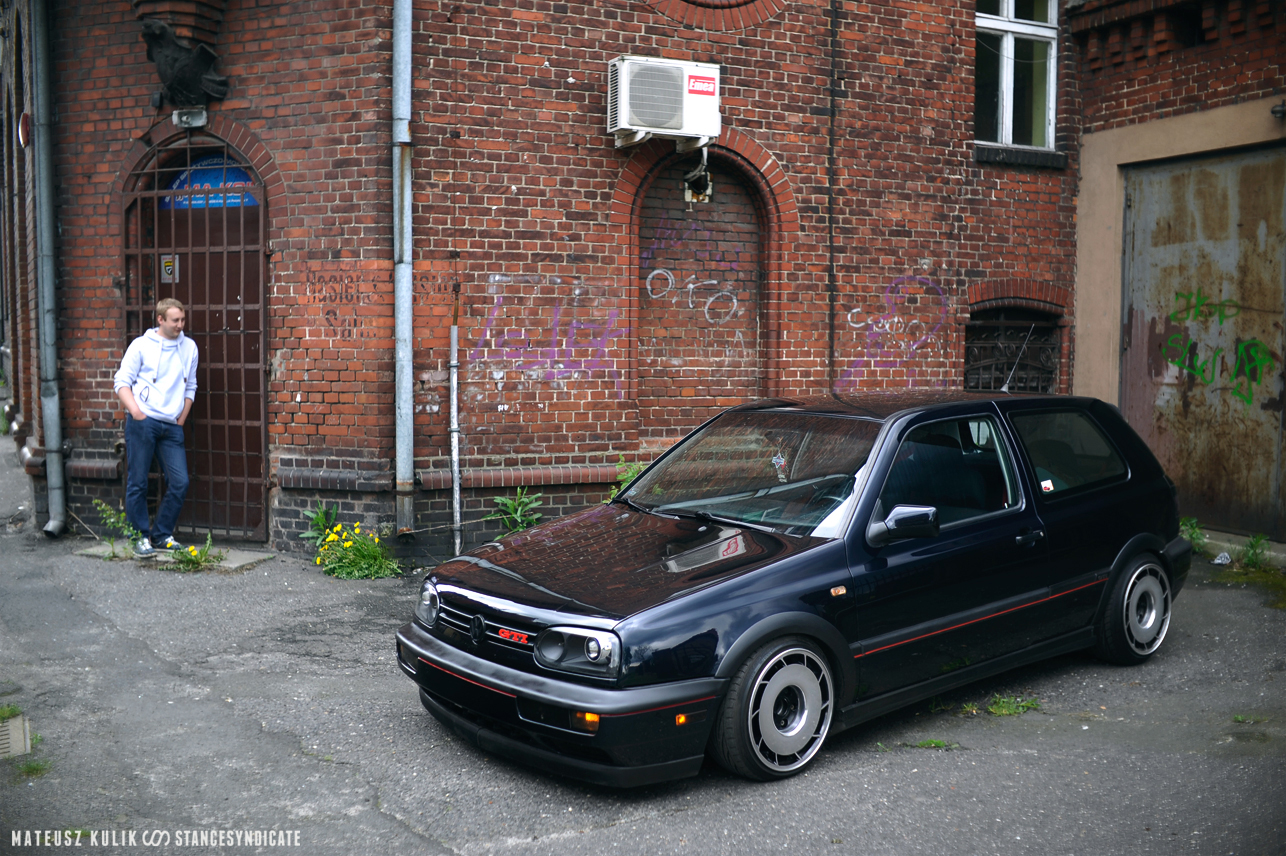 Tomek here is just making his dream come true. A simple one, yet not that easy to become reality. His Volkswagen Golf Mk3 GTI TDI 20th Anniversary, home called from German – “Jahre”, is one of two builds representing my hometown which I had an opportunity to shoot in the last months. Both Tomek’s Mk3 Anni, styled for an US version which was never introduced, and the upcoming feature on Kosa’s Golf Mk2 2.3 V5 Turbo were shot in interesting locations around our town. Like the earlier mentioned old port and its beautiful, now derelict, architecture. Cosel-Oderhafen O.-S, if you look closer you’ll see it’s forgotten past, it’s fading away days of glory. 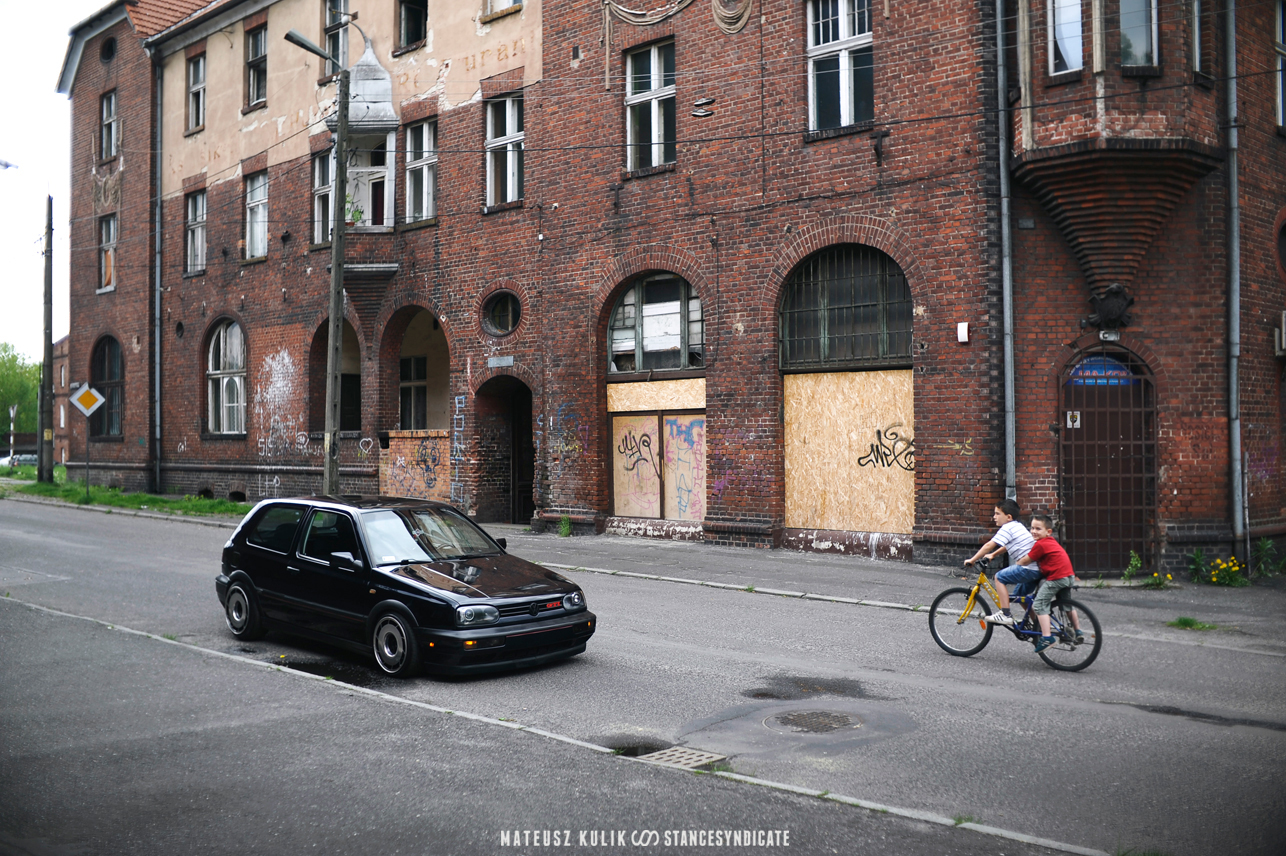 Here’s an invitation to the “City of Opportunities”, a virtual journey to a place where all our cars are OK. In part one, the guide to the streets of this “booming metropolis” is Tomek’s Mk3 Anni rolling on Corvette “Salad Shooter” wheels in 8,5J and 9,5J setup and a few mm’s in spacers for a bit more poke. All detailed info on Tomek’s build at the bottom of the page. Don’t go there yet though. I know, I probably bored you to death getting too elaborate about my funny-land town so you’re now, quite likely, nervously flicking these lines of absurdity down or up, or up and down on the screen of your smartphone to finally scroll to the point… Ekhem! Here’s the essence of this build – in Tomek’s own words: 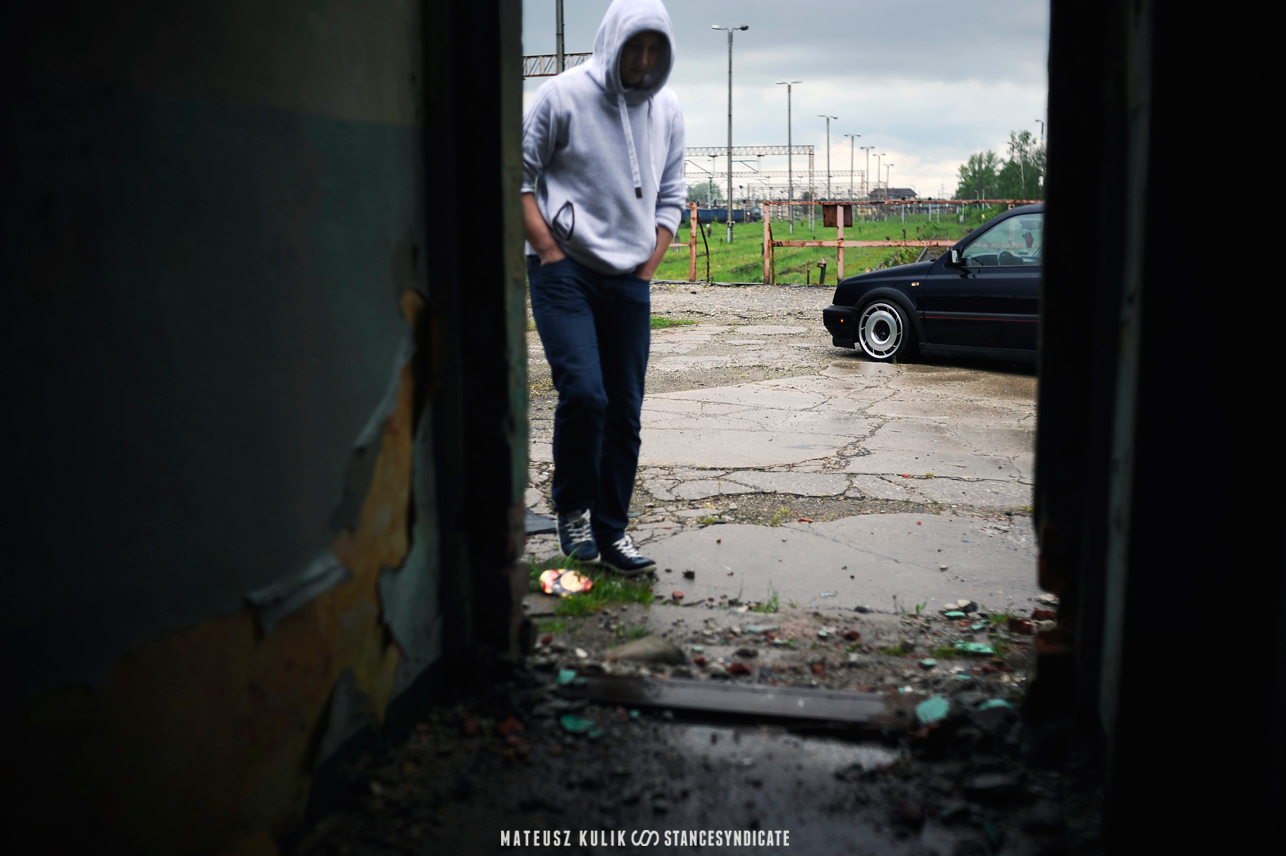 I bought this Volkswagen Golf Mk3 probably because I’m a sucker for Mk3’s. The very first car I have owned was a Golf Mk3 and them first ones are the ones that are the most remembered – there seems to be an affection or a sentiment (somewhat like with the first love). That first Mk3 I had was styled for an anniversary edition car and it was rolling on polished OEM Mercedes wheels. 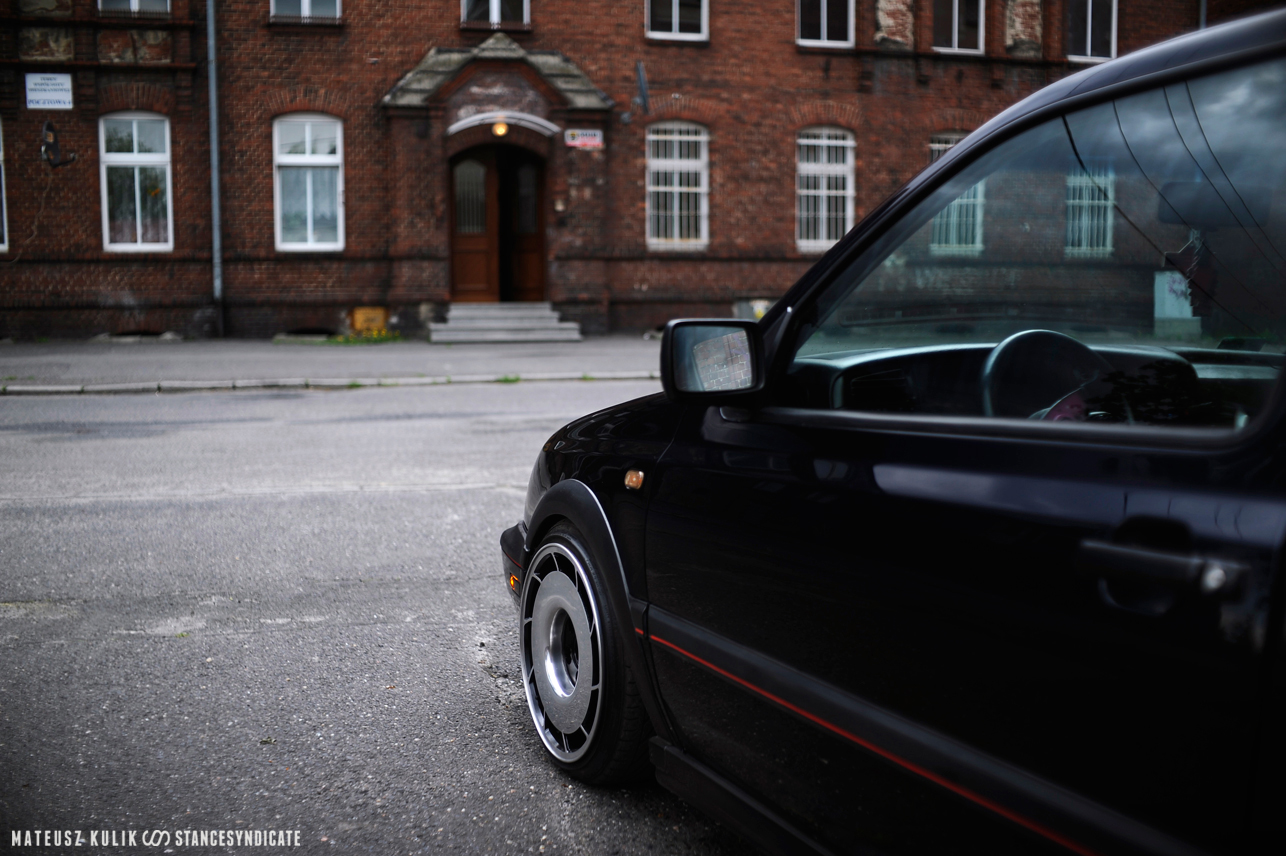 I had it for about 4 years, it was a really nice car, but it wasn’t a genuine “Jahre”. I wanted a real VW Golf Mk3 20th Anniversary edition. It was always my dream to own one of them so I kept to monitor Mk3 Anniversary prices online and at some stage I’ve noticed that the prices, instead of going down, begun to pick up – I thought it was the right time to sell my look-a-like and get the real thing. 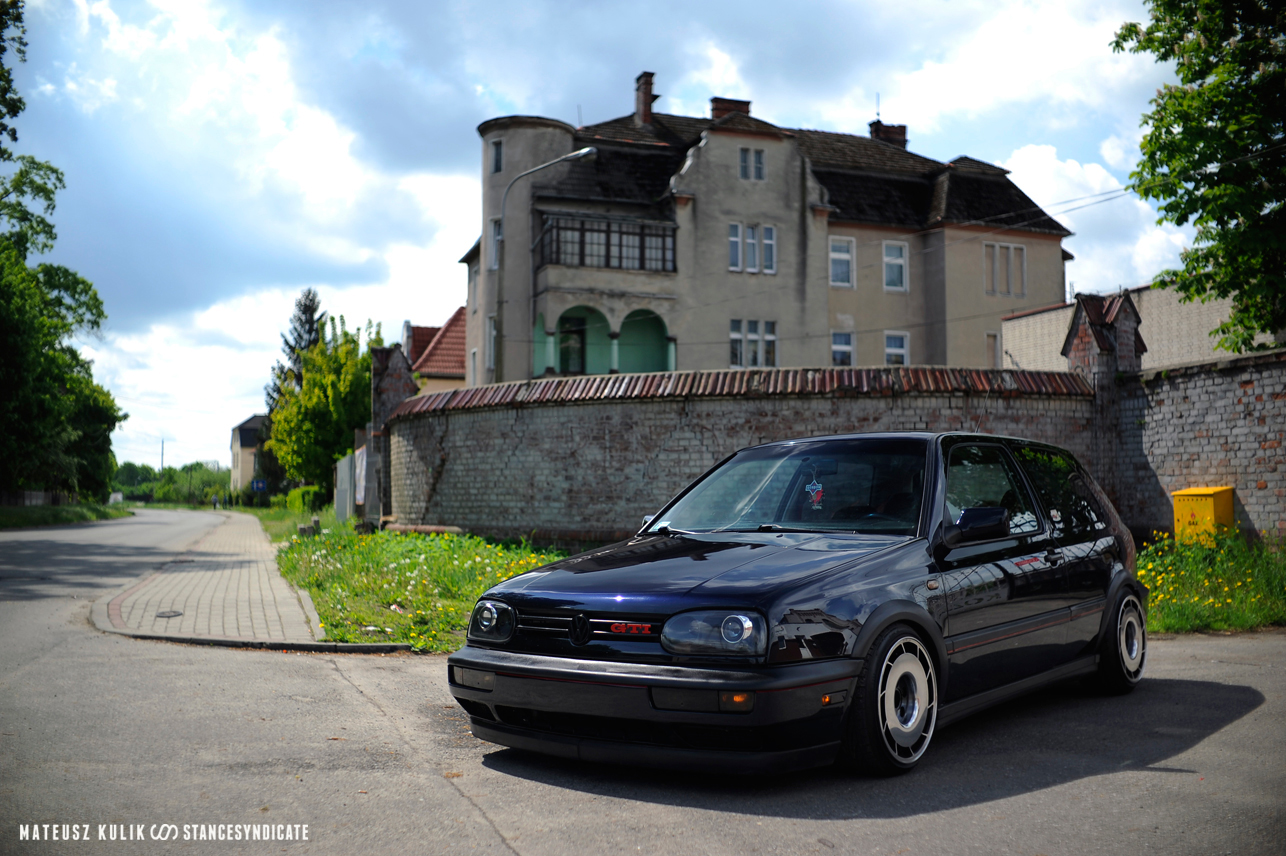 It’s quite difficult to find a not crashed, not agro-spec’d and not eaten by rust Volkswagen Golf Mk3 in Poland but after a while I’ve managed to find a mint project base in a place called – Żory. It was a genuine “Jahre” and it had pretty nice spec and history of service. After short negotiations I finally got to own a Mk3 Anniversary and immediately I’ve locked myself in my friend’s garage to tweak the car to my liking. I have this Mk3 two years now and so far I don’t want to part ways with it. It’s a great car! 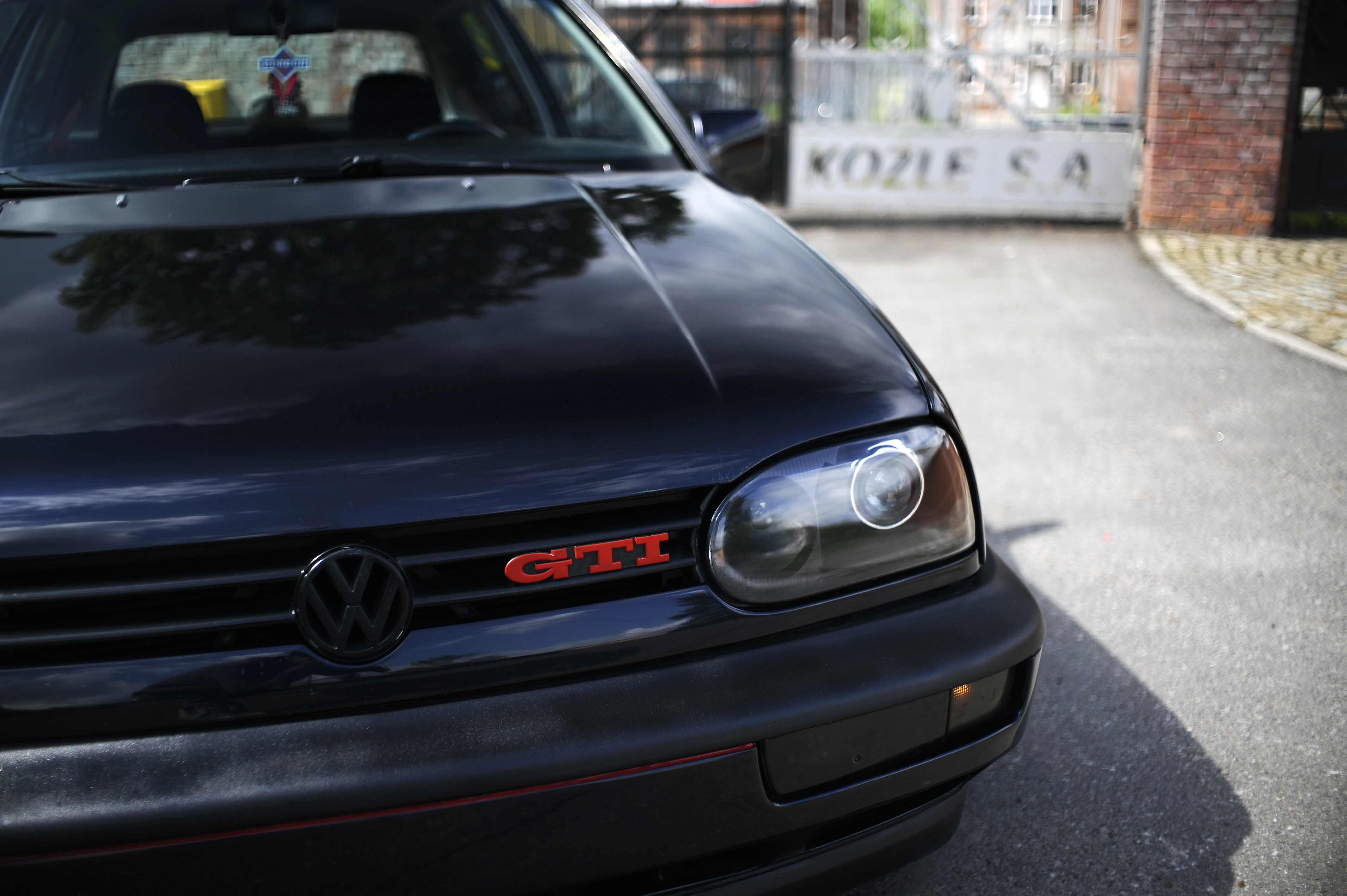 Big thanks to my girlfriend who’s somehow managing to cope with the endless talks about the Golf. And also, many thanks to my boss who lets me work on my “Jahre” in our garage after work helping me out with all sort of things I come up with. Thanks! 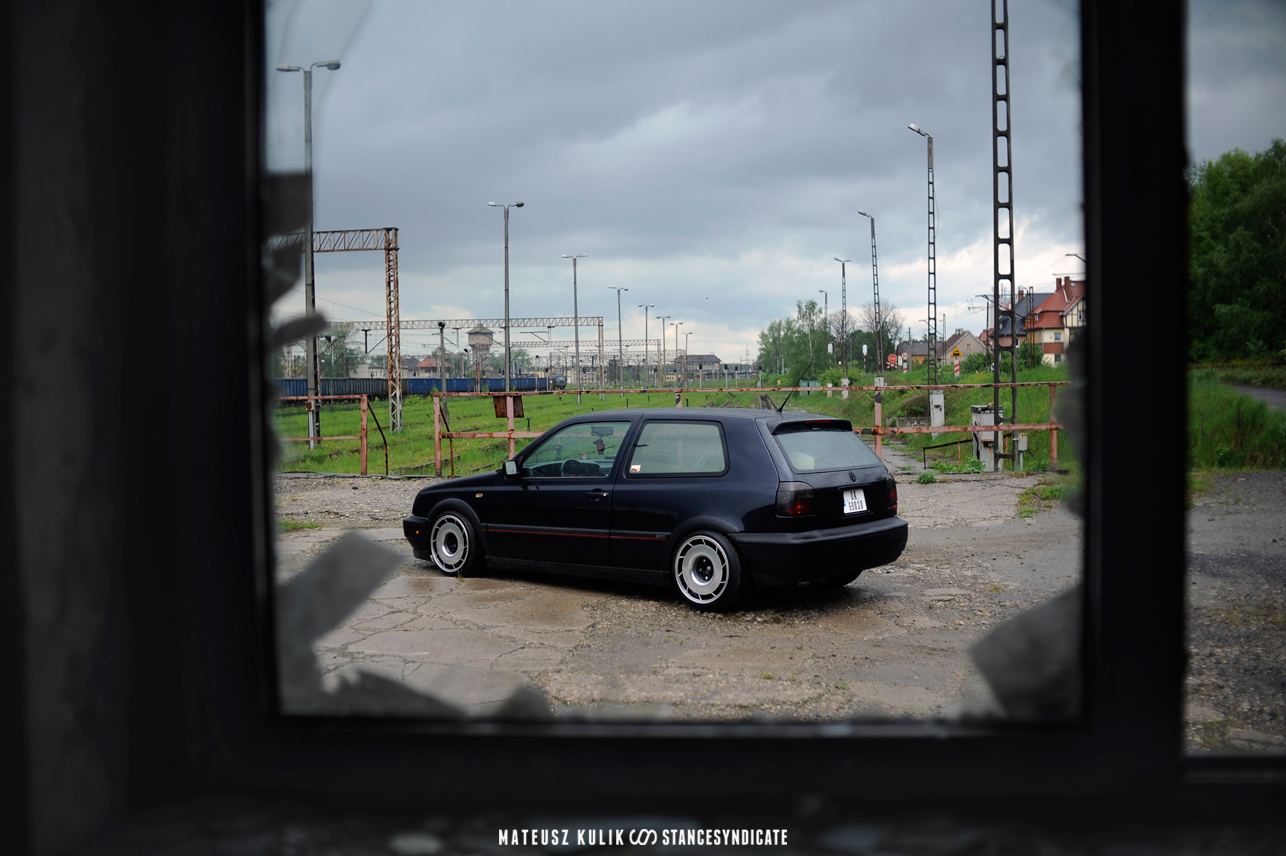 A short note from the editor at the end – since I shot Tomek’s Mk3 a few things have changed, it is currently running Hella Projectors and the wheels might be going for sale. What are the plans for 2016? Carry on with your dream.

P.S – Tomek told me that his boss has a garage full of some very rare classic german machinery. It’s a must see! 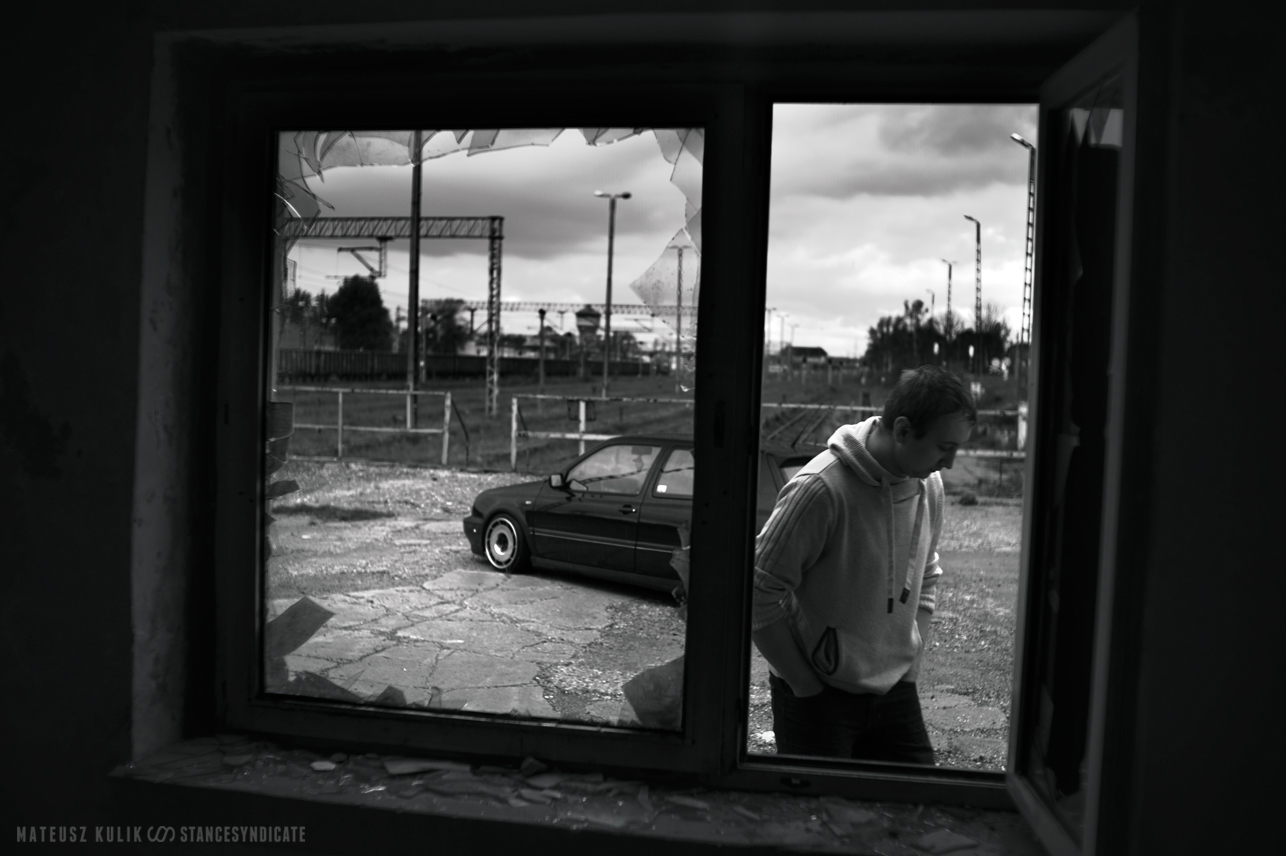 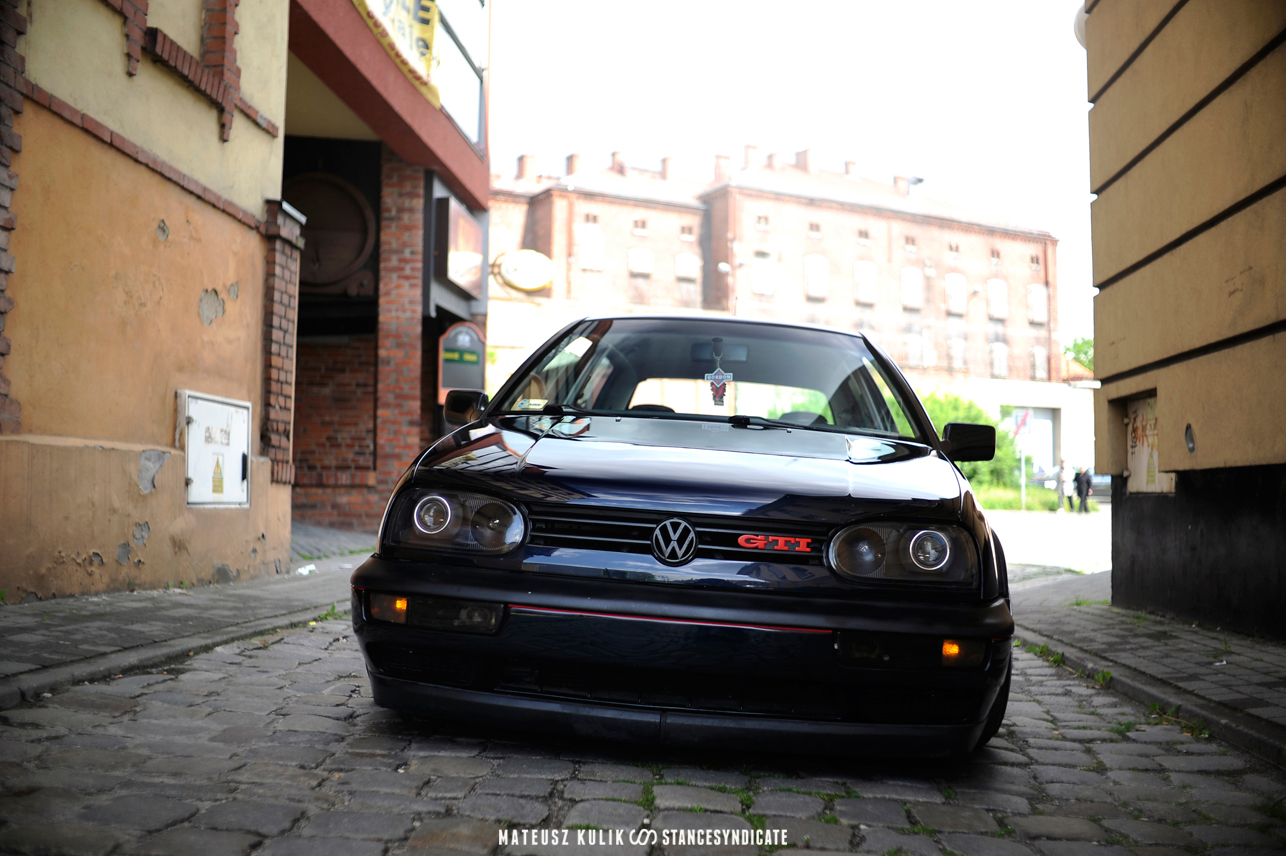