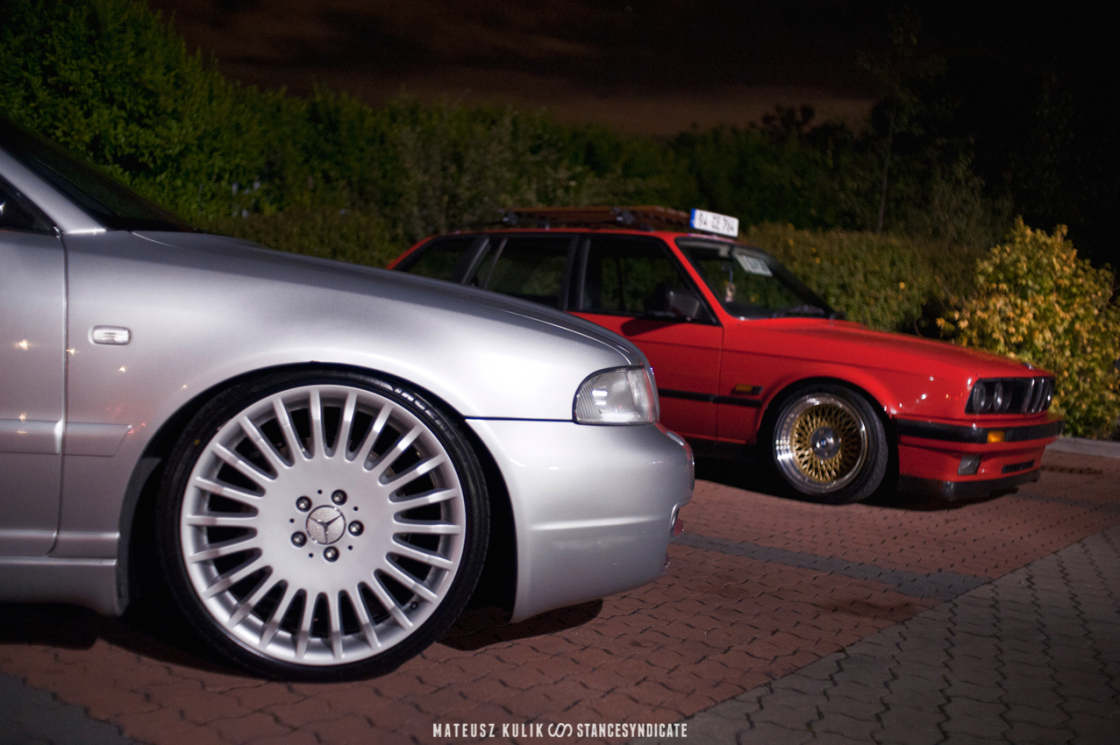 When the show season ends, meet season kicks in. It is October already. Days are getting shorter and soon it will be freezing cold with a quite good chance for numbing showers. The best solution to this situation are local meets. Cars, coffee, burgers and friends, and more car talk. Welcome to #STEECISM, Dublin’s new exclusive invite-only monthly meet. Its first edition! 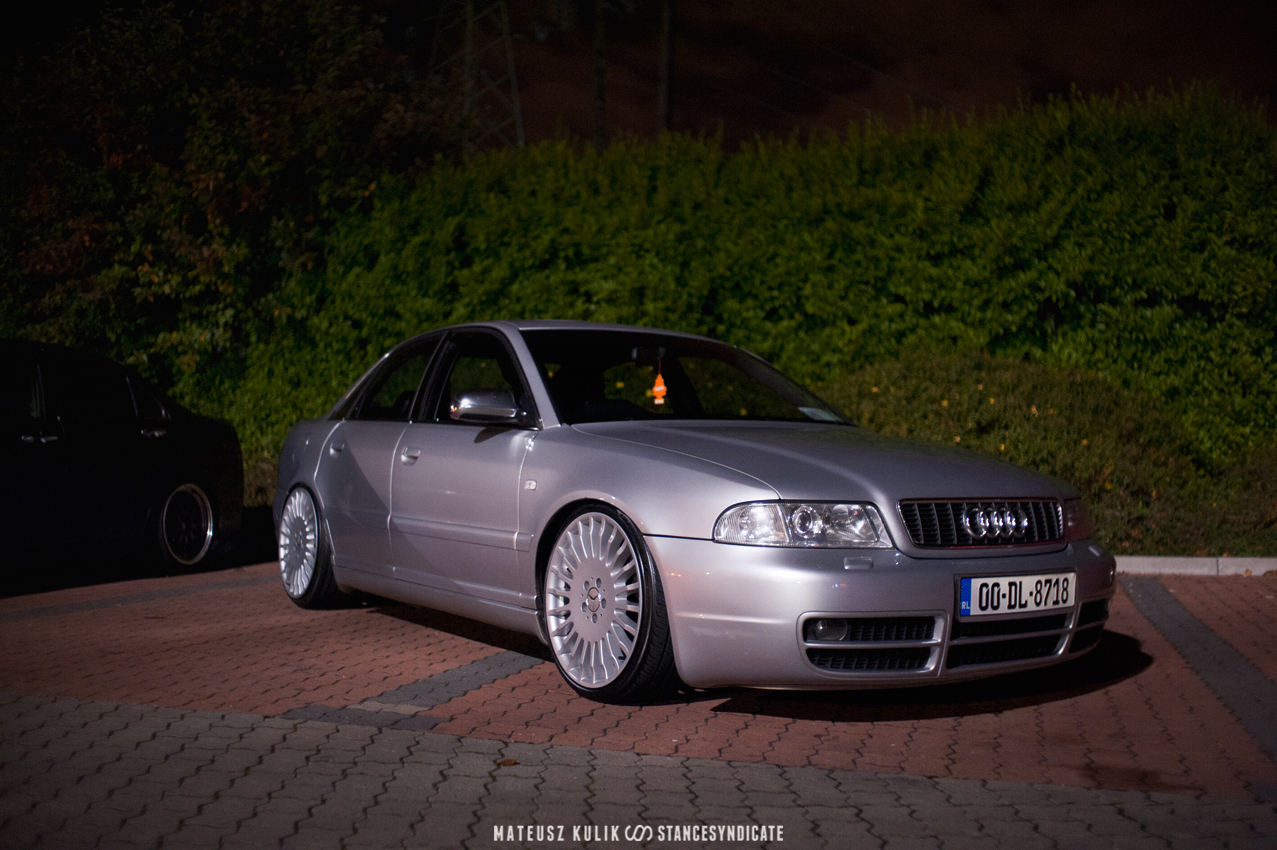 There has been many monthly meets going on around Dublin like Empty Pockets Monthly Meet, as I used to call it, a little VAG enthusiasts gathering organised around vagdrivers.net and later autostadt.ie forums or the immense Euro & JDM Monthly Meet in Swords, but while some stopped to take place other branched out to smaller meets leaving vacuum for fresh gatherings to jump right on the scene. 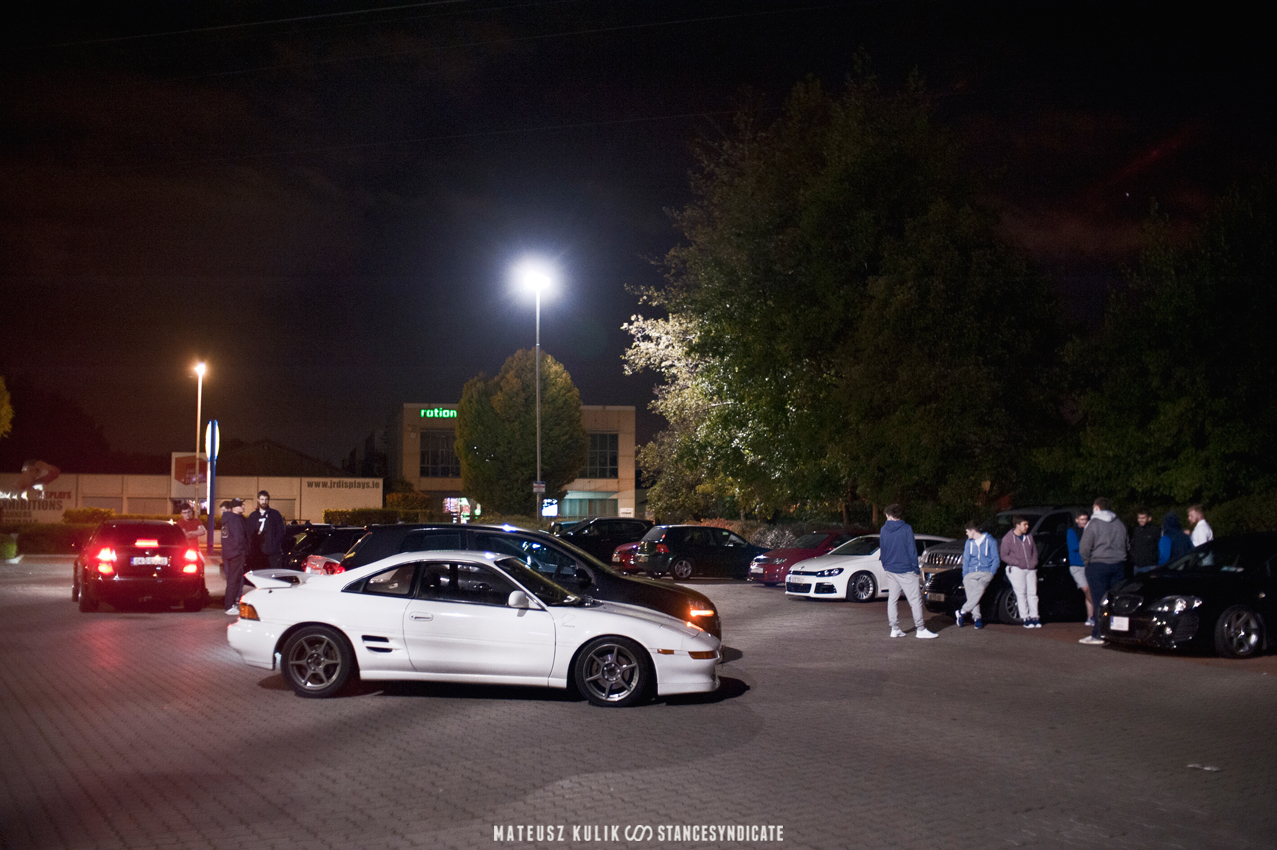 A couple months ago, sometime last year, Stee told me that I should do my own meet and get a selection of nice cars and sound people together for some car chat and coffee under StanceSyndicate brand. Good idea, I thought, but not really my cup of tea. I take photos but I don’t organise meets, apart from one mini-treffen that we did together with LowCartel crew in my hometown, Cosel O.-S last year. Having no real interest, I never took on this concept of organising a StanceSyndicate meet. 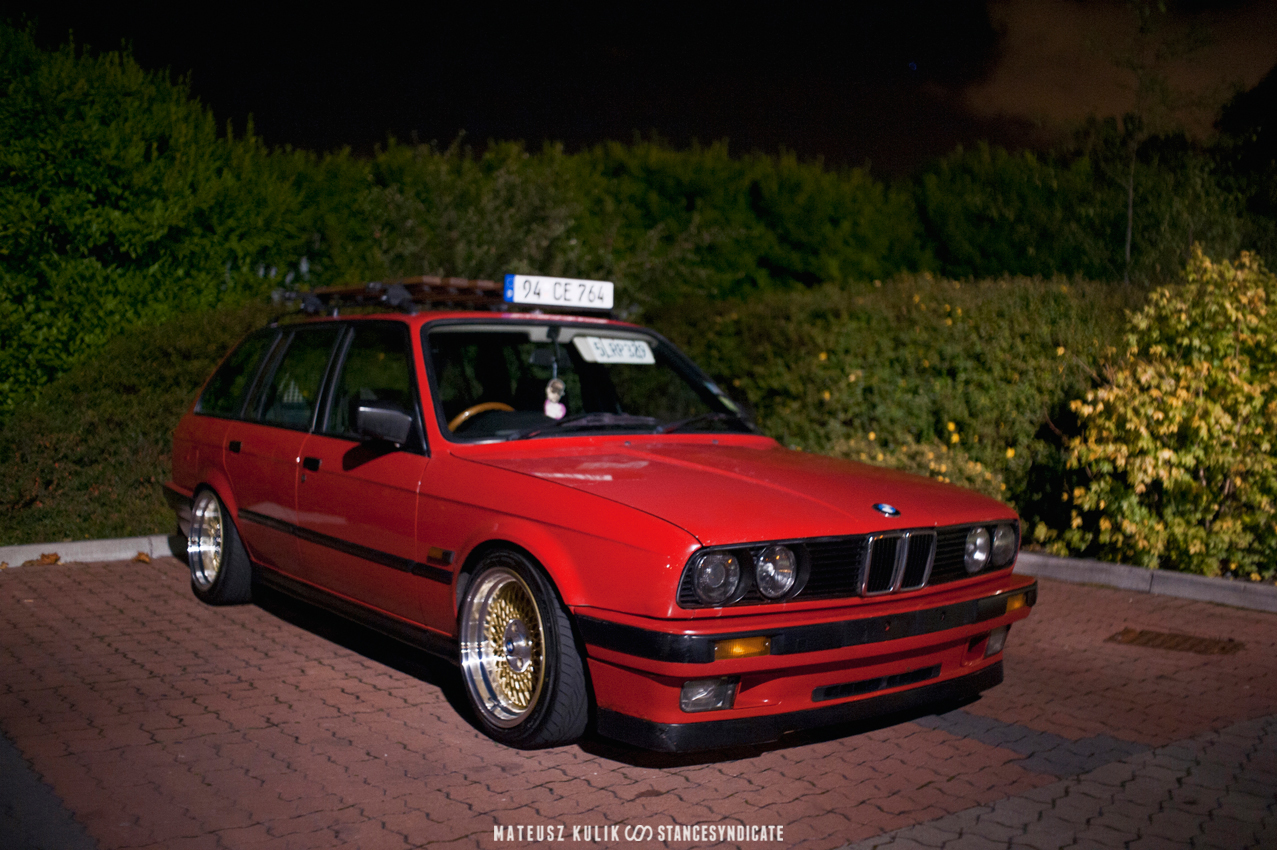 But recently I saw, though the show season has ended, that there’s one more event coming up late in October. Great, I thought, what a hero! One more show in the calendar! These were my first thoughts until I read that it’s an outdoor show… meanwhile, the time of the year seems to be just perfect for a lovely day out. Halloween and October’s pleasant weather, it’s a win. 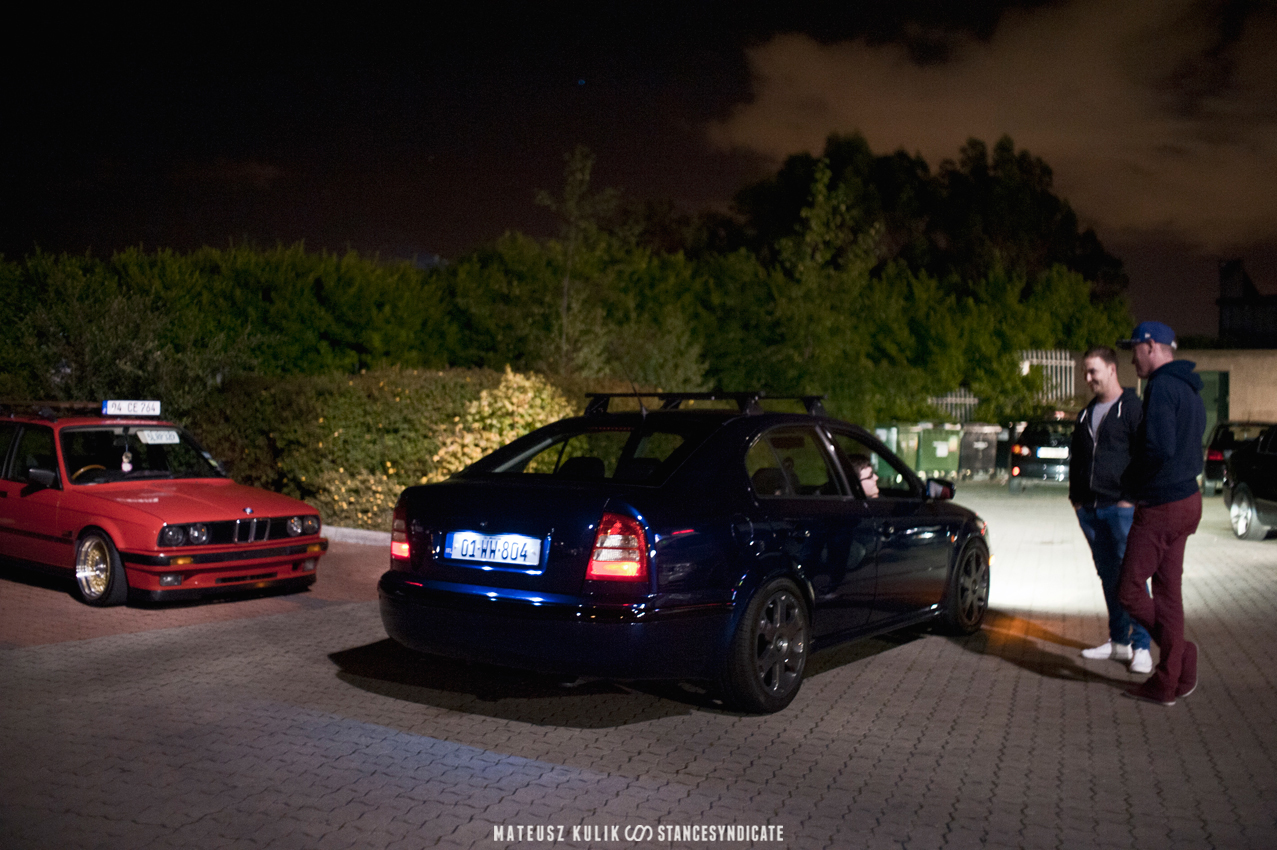 It’s frightening. The flyer says it’s going to be a monthly show! Fresh! First edition! First event! And yeah, it must do what it says on the tin, monthly. Sure, in the coming very cosy winter months and of course for a fee, not for free it seems sort of like some spooky halloween stuff! It’s end of October, not 1st of April. But I hope it turns out all good! We’ll see what it’ll bring! 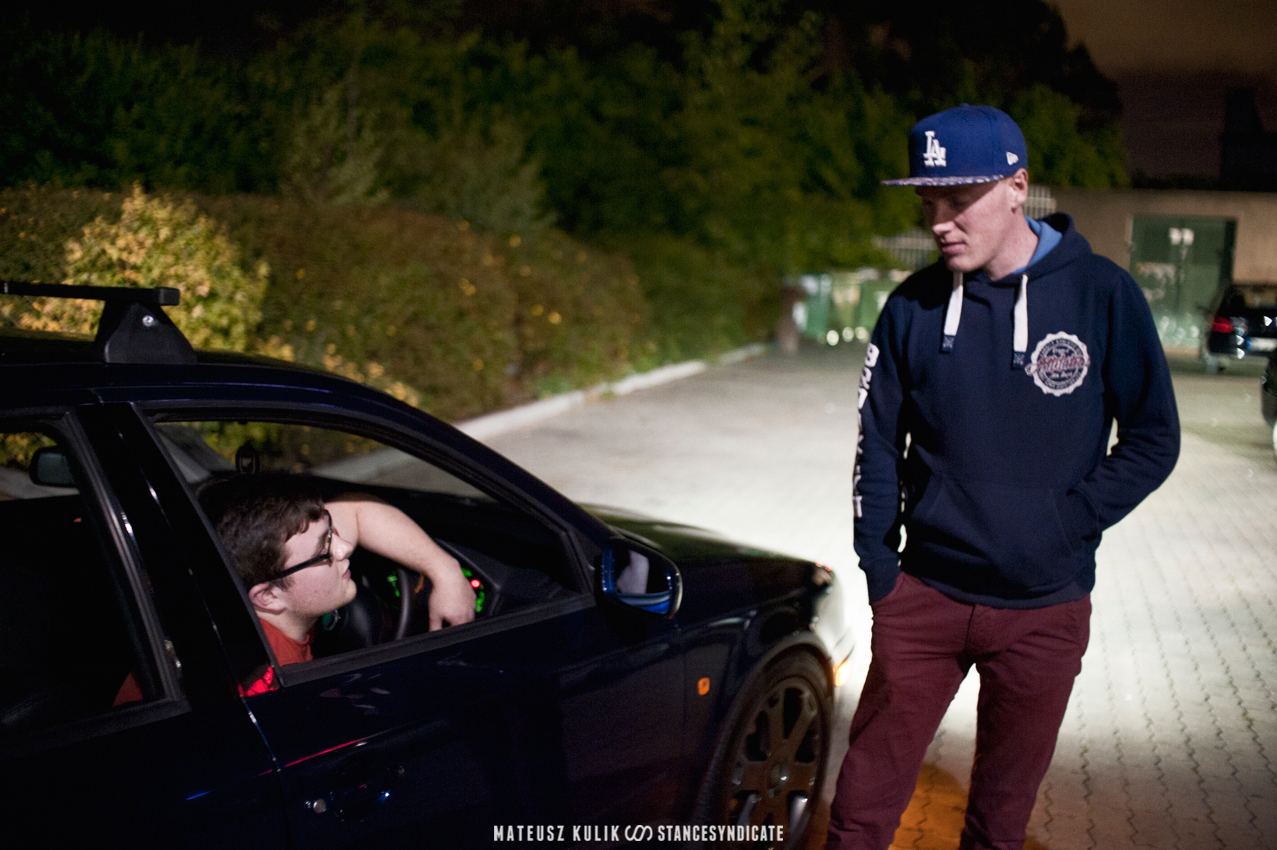 This fresh show I’m talking about – Auto Heroes, which will take place on the 31st October at Mondello Park, got me intrigued and for a while I contemplated organising a photo-meet somewhere in Dublin with a choice of finest local builds before it will get too nippy for open, exposed to rain car parks. It was a simple plan to officially end the season as I missed the traditional last show in the calendar – Titanic Dubs. 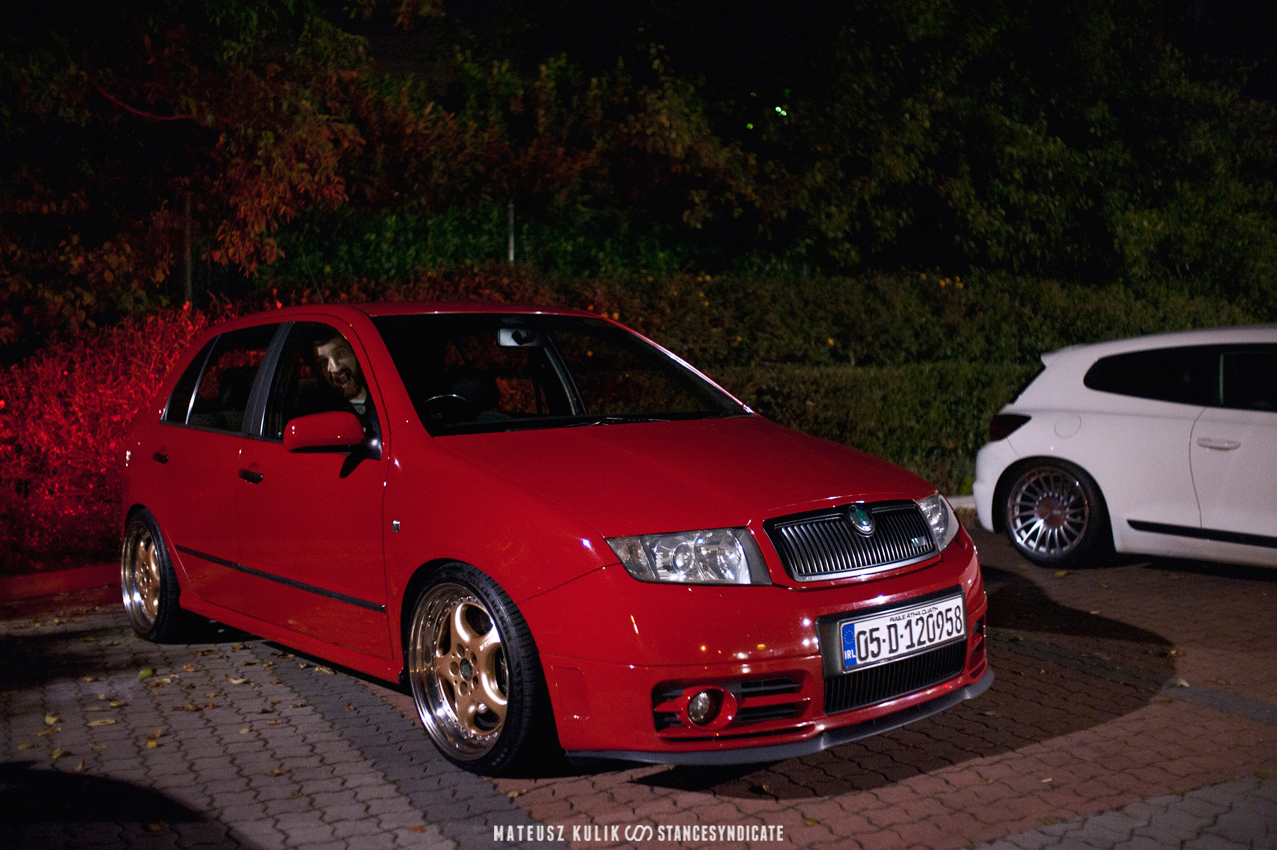 But before I begun working on this idea – magic has happened, kind of. Stee decided to step in on the scene and started his own thing – #STEECISM – a new monthly meet is in the area! But it’s not really Stee’s meet, he says, it’s a kind of an open source monthly meet. Everyone associated with it owns it and has right to decide on future #STEECISMs! 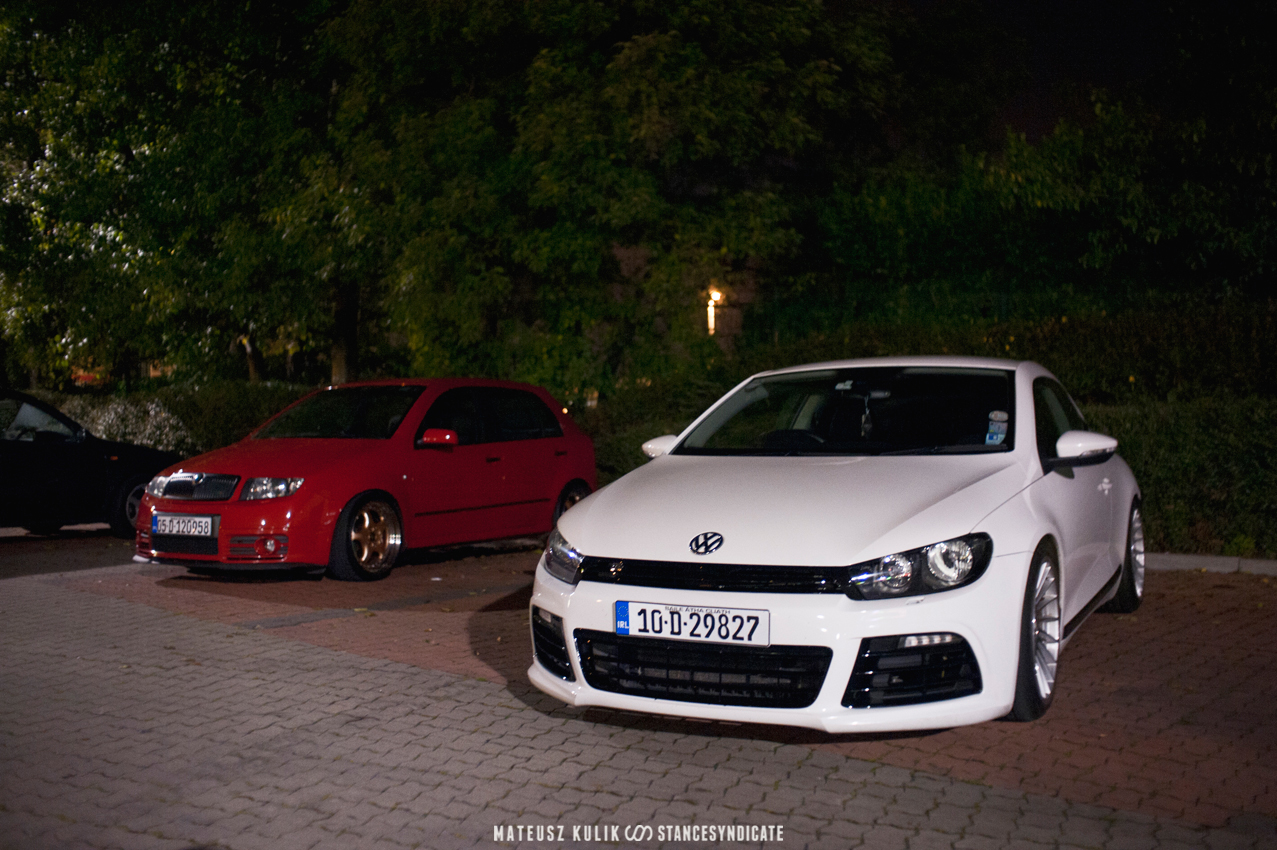 Pretty cool! All makes and models wanted and only sound people welcome here at #STEECISM. No need for acting the C dudes here, as Stee says. We are gathering to spend the evening in a nice way, in a good atmosphere and it’s simply easier without certain element, messers, trouble-makers and fellas who’d love to burn half of their tyre thread in the car park. We don’t need that. 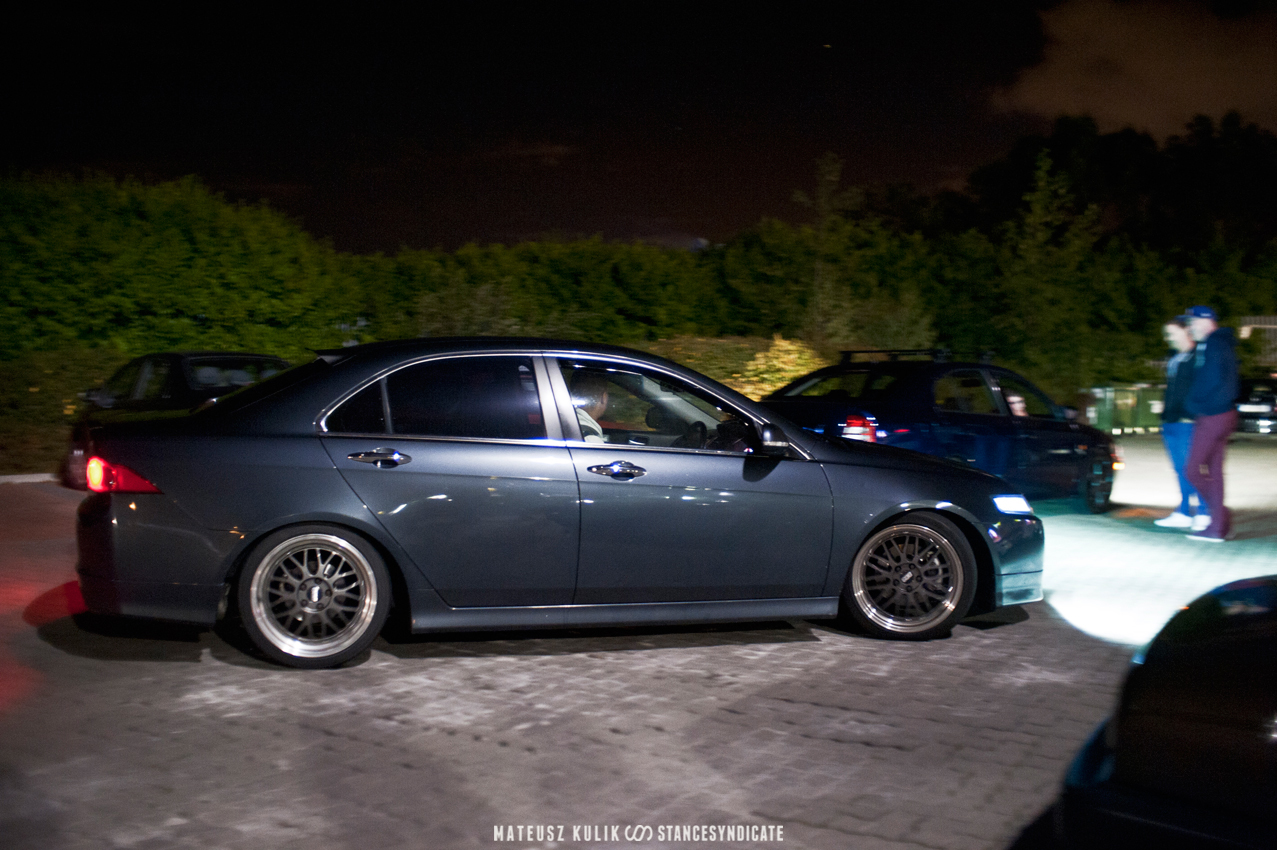 This is why #STEECISM is kind of an invite only meet. It’s mission, I suppose, is to get the fanatics together, those the most fitment obsessed local heads for a chilled-out and maybe chilling evening with cars, chat and coffee once a month. To suit everyone’s needs, meet’s location isn’t set and limited to one place. It is rotary and shortly before first Wednesday of each month we will decide on the next location for this new monthly meet. 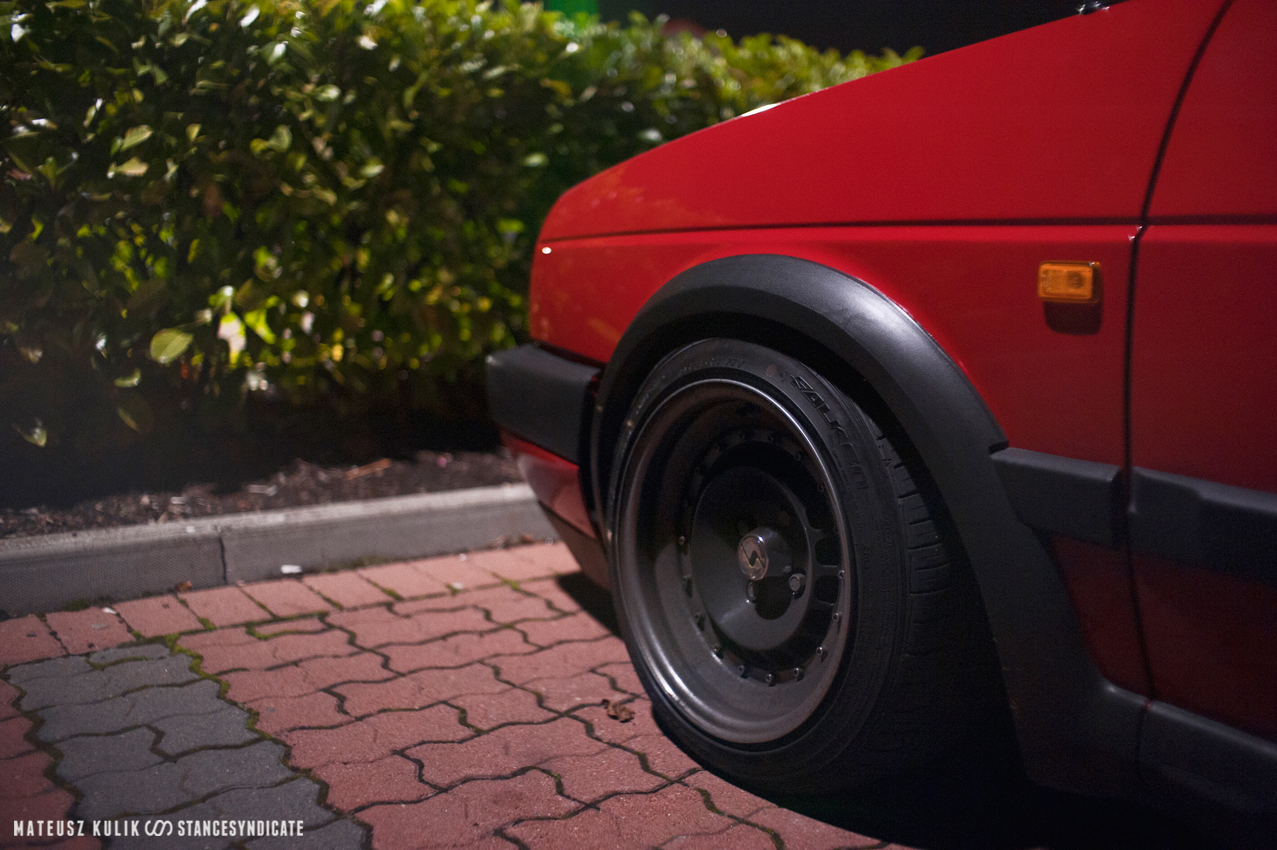 Who knows, maybe some day in future #STEECISM will take us for a little drive to a meet-up with mates in other towns and counties, just for fun, for a little bit of craic to make it more interesting and enjoy our low-riding machines more. It all sounds good! The very first #STEECISM, October’s #1, took place at Eddie Rocket’s car park in Walkinstown – a well know location for many VAG enthusiasts as it used to host monthly meets on regular basis. 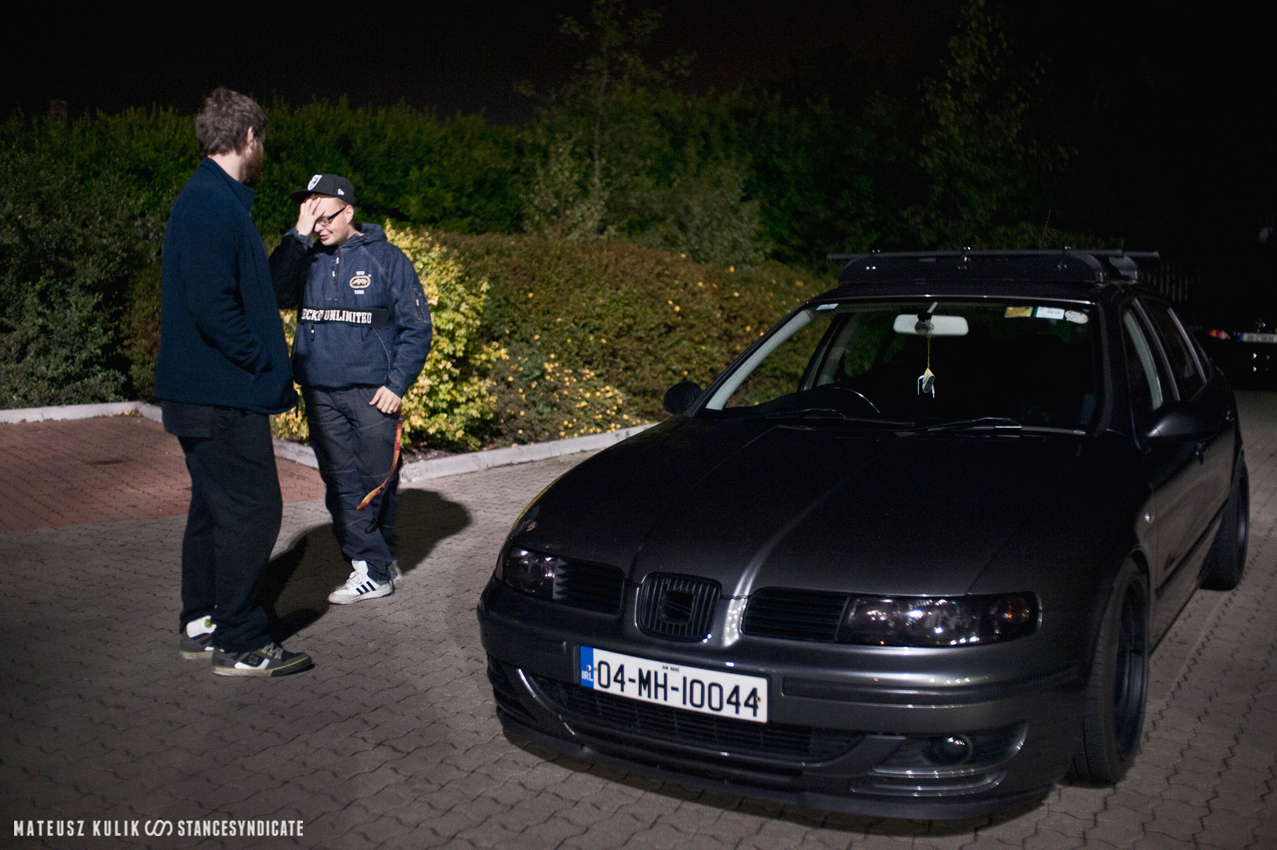 Just as I was on my way to the meet, flying on the overpass on the N7, it begun to rain. Feck, looks like rain Ted, I thought. What a bad luck a.k.a Irish weather. It was sunny all day and I was hoping that we’ll have a nice evening at probably the last warm-enough car meet this year. 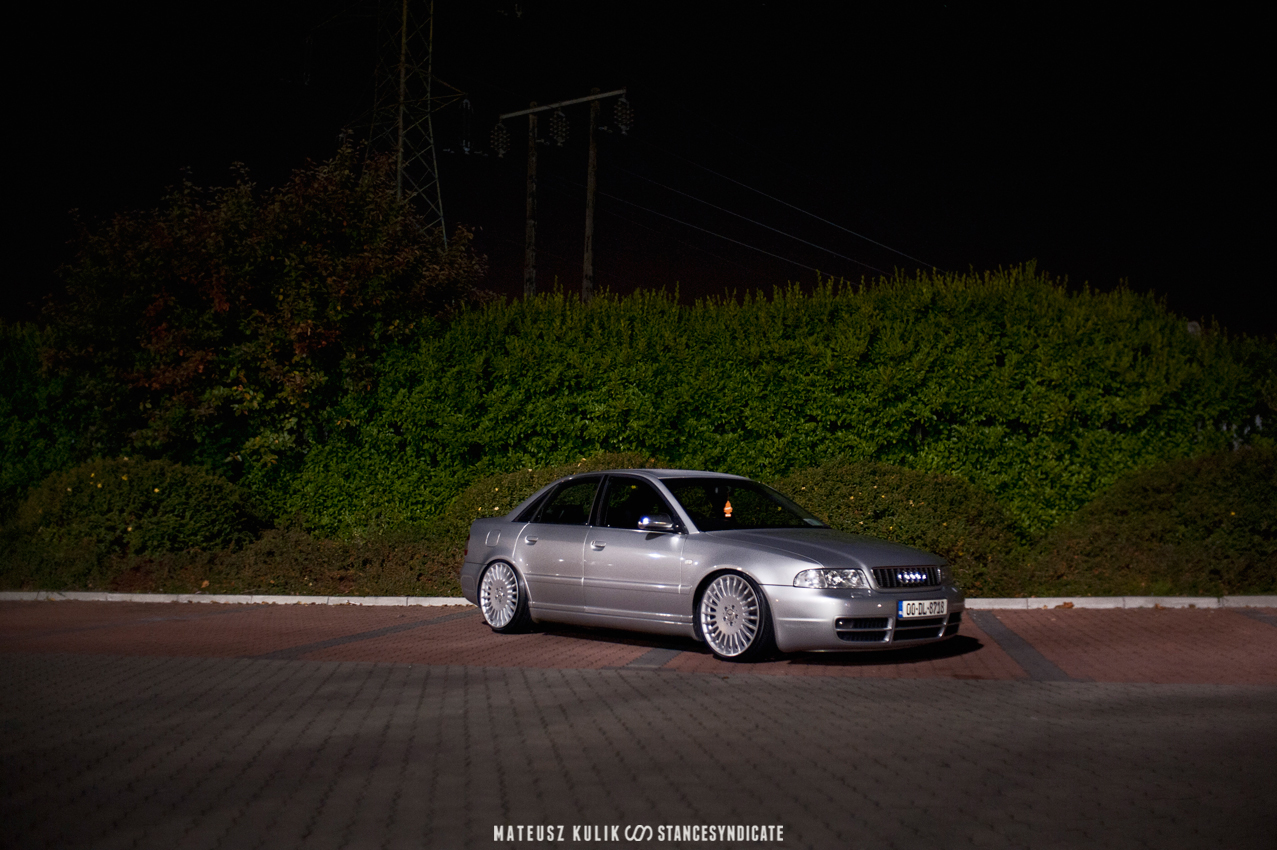 But there was no reason to worry about, it was just a quick shower as it turned out and as the rain has soon stopped – the car park begun to fill with an interesting number of quality builds, at least as in terms of our local scene in Dublin. Top yokes from around the block joined us at this first monthly show, some really nice motors and of course the majority sitting well like Stee’s static Audi S4 to begin with. It’s a fresh build on Irish roads and a fast one too, it deserves a photo-shoot. It’s coming, very soon. 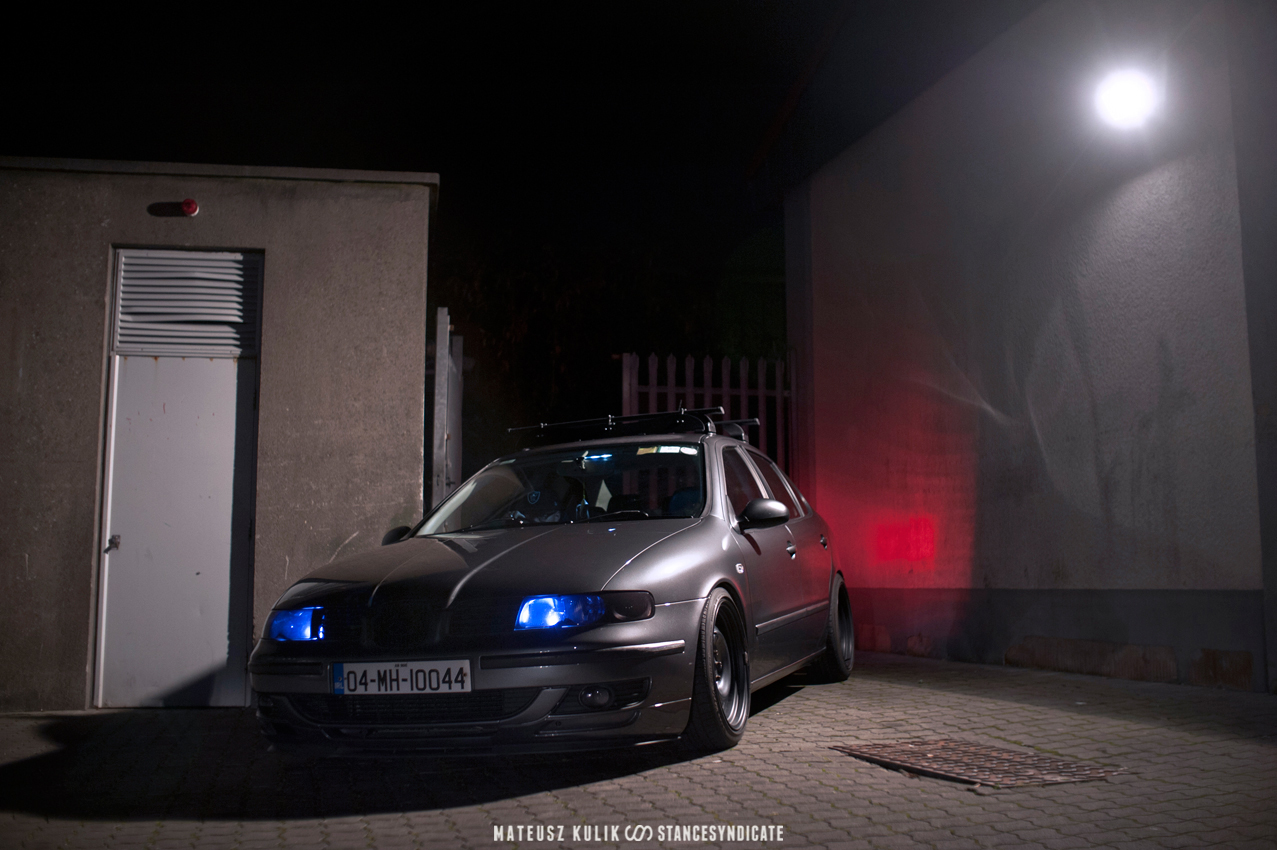 Also Damian, or Damo, or the Pope of Tuning, as he likes to call himself, brought a fresh car to the meet. This way first edition of #STEECISM saw a come back of the self-proclaimed pope and a “premiere” of his latest build – Seat Toledo on 17″ banded steelies – his first project since he sold his Marrakesh Brown VW Vento VR6 and started to cycle, break legs on motorbikes and eat lettuce. Well done! Looks good so far! And, it’s only the beginning, as he says. 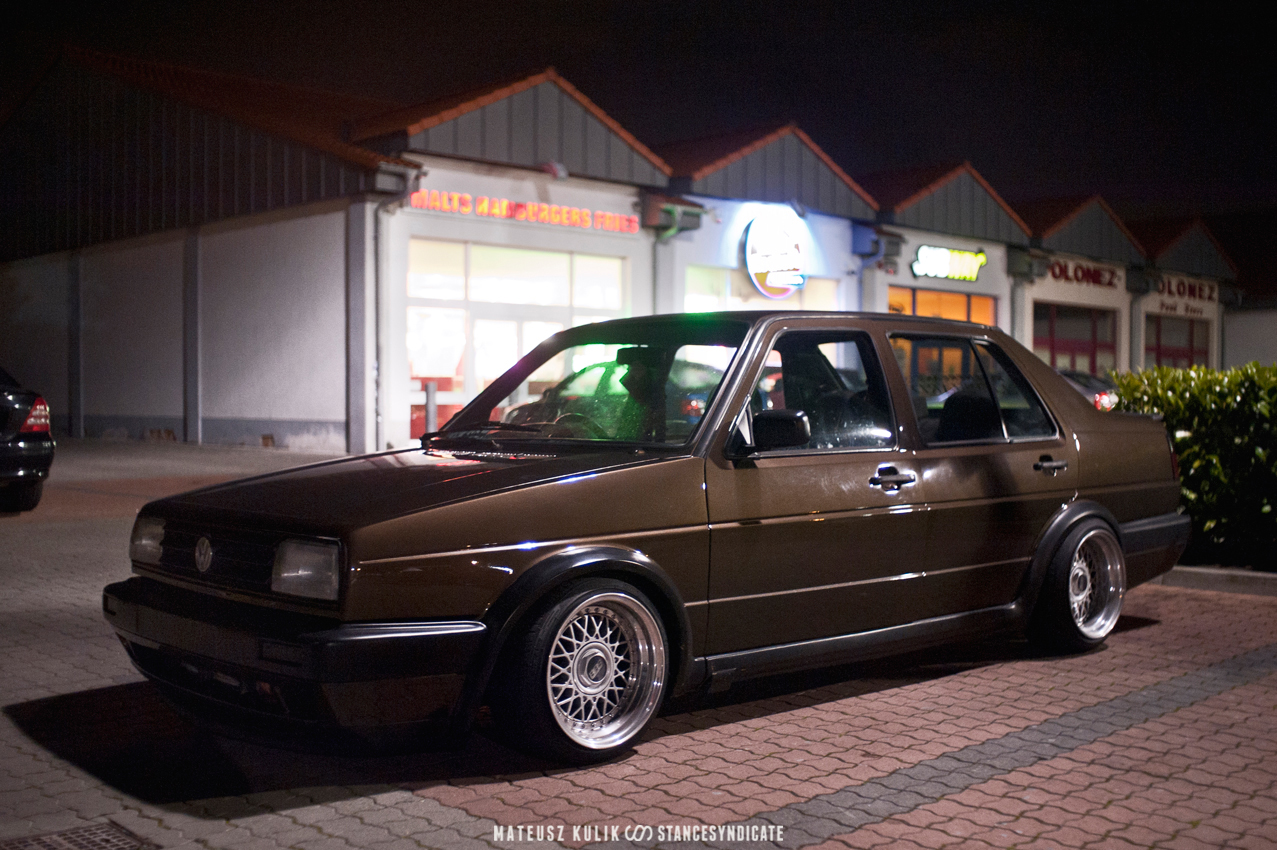 Meets are a place to get inspired or have your stupid ideas politely, or not, forced out of your mind. It’s also a place to catch up with mates. It was nice to see Karl and his Volkswagen Jetta Mk2 after he got her new shoes – a set of fat BBS RM’s. It was a matter of just a few days in which Karl got the Jetta, BBSs, then got them instantly rebuilt swapping original 0,5J dishes to 2,5J ones to give the front wheels more poke. Rolling static on 8,5J and 9,5J BBS RMs Karl took a ferry across the Irish sea to enjoy UK’s the best VAG show – the one and only one – Edition38, where totally mad all weekend camping is the only way to go. Feedback from Karl about the show? We need a bigger group for next year’s edition to take over the camp and represent Ireland! 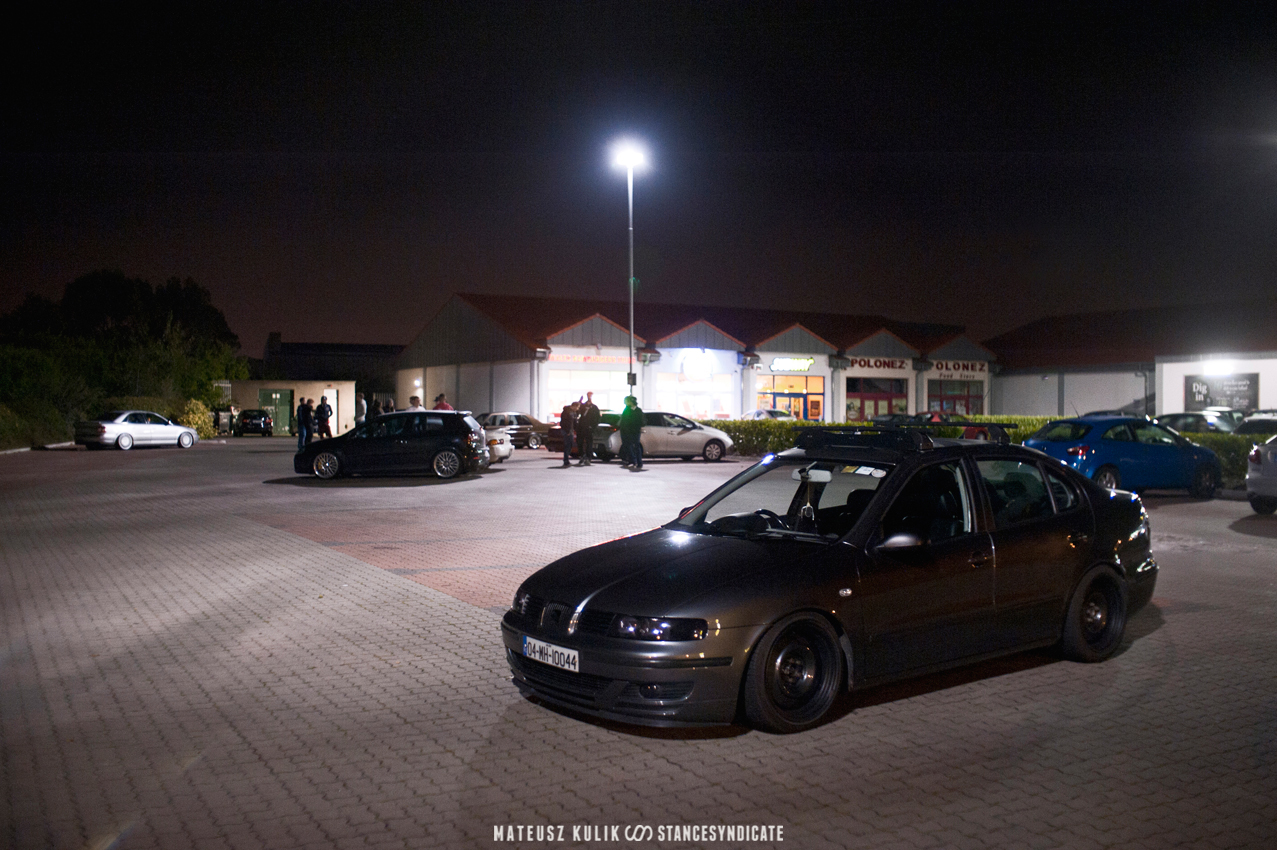 #STEECISMs virgin meet turned out very good, I think. We’ve got pretty good weather, some really nice cars and plenty of time to chat about anything, though mostly about cars as you’d expect. It was a well spent evening in a nice company, as always at our local meets! I look forward to November’s, though more nippy, #2 meet! Where is it going to be? We’ll see!

Big up for Stee for initiating this interesting initiative! 😉 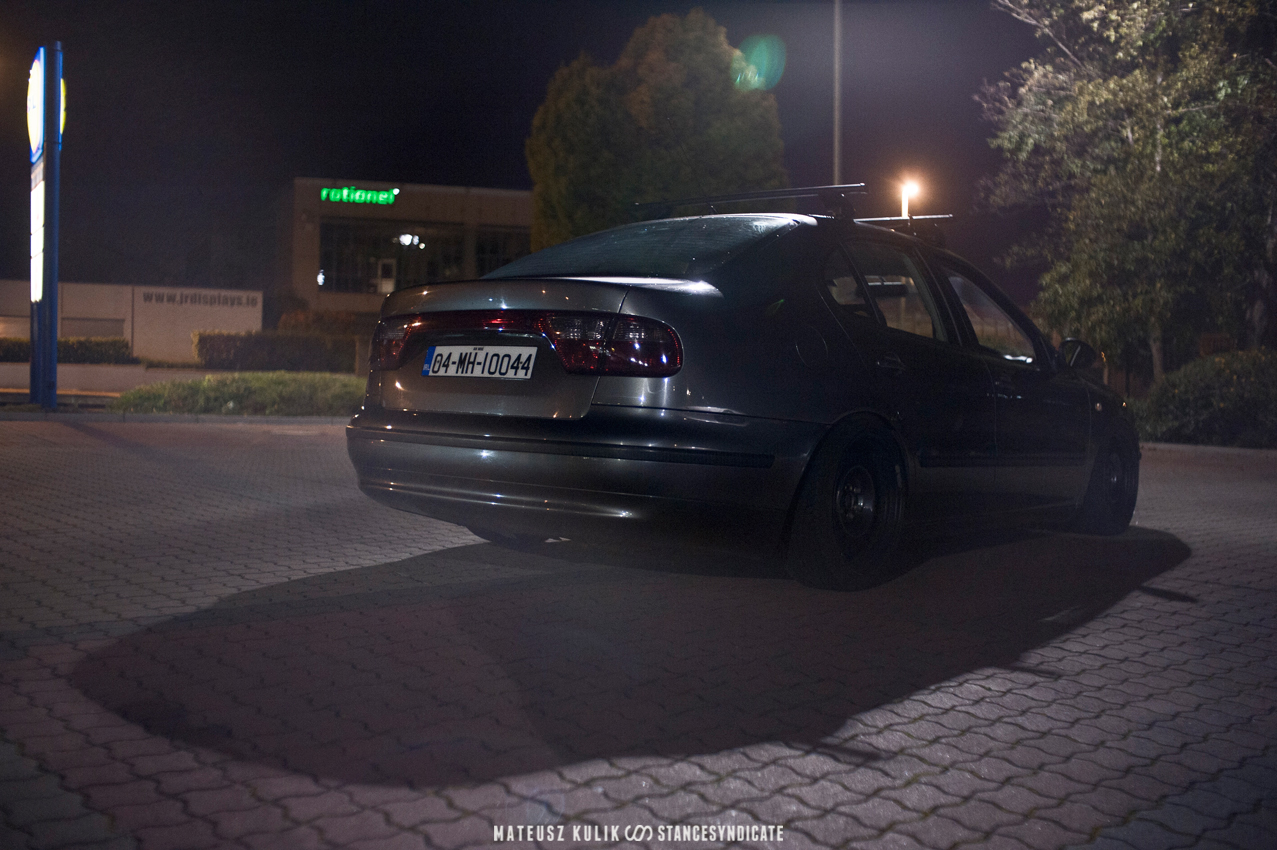