…to know you is to love you – sang Modern Talking in 1985 giving the German pop duo top place in single charts across Europe. That success allowed them to sell their old mk1 and get a brand new Golf mk2 GTI, according to anonymous 1985 gossip source. Over 20 years later, Speed bought the Cherry One with only 60k on the clock. Dashboard, door cards, seats and carpet, all were in perfect shape – simply said: she’s mint! Speed would argue and claim that it is still work in progress, so if the building stage sprouted into such a sweet cherry, I can’t wait until the cherry pie will be ready. 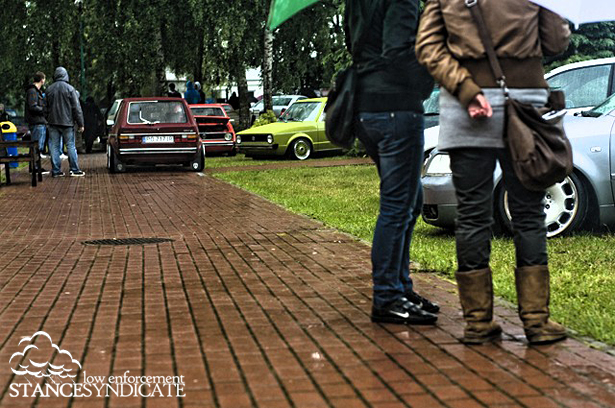 But she ain’t an easy cherry pie. Looking cult and cool might make one think she’s just a slow stroller, but you’d be left shocked on the green light in your fancy you-think-quick-car. Under the crust, the Cherry One a.k.a Edelkirsche, is hiding a piping hot surprise, a 1.8G60 RS3 engine. Just 249bhp/303Nm in a Golf mk1 shell. 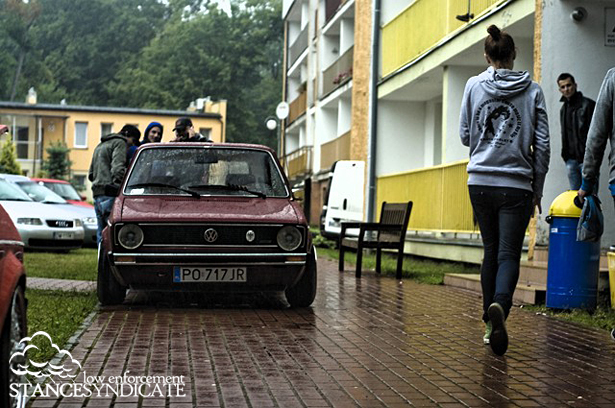 Pics of the Edelkirsche were taken on VAG Event in Poland earlier this month. A prime show for all VAG scene orthodox players. Speed as a member of the show organising crew – Wolfsgruppe, did a bouncer’s job sieving projects at the entry gate… cause he knows what’s a good build.