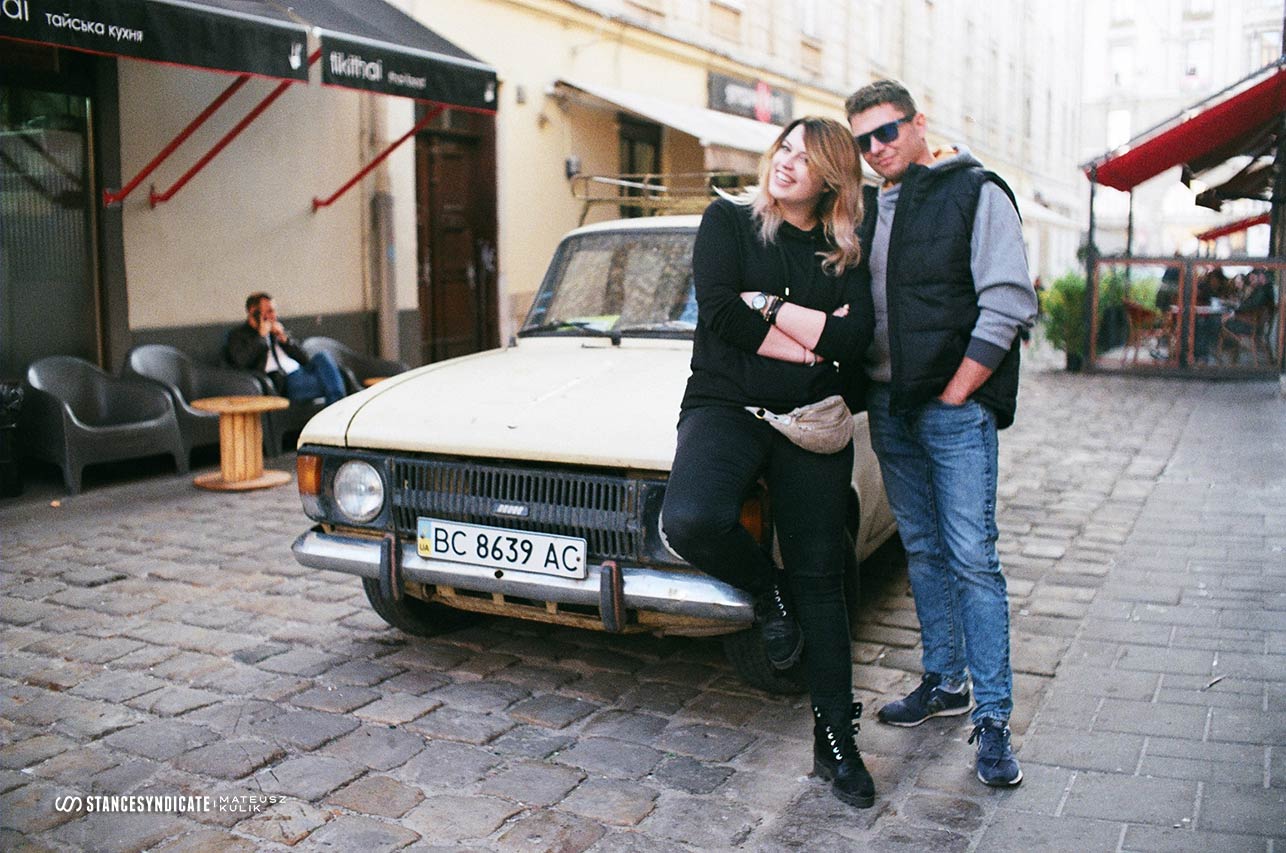 Just as I started the year, travelling to Ukraine – I’ve finished it the same way. This time instead of a long train journey I’ve picked a quick flight. And this time, instead of travelling alone I went out for another trip of the year with the prior of the Order of Eternal Party (Zakon Rycerzy Wiecznego Melanżu) and his friend, Kathrin.

One thing didn’t change – I took my old analogue friend with me, my Nikon FE and a couple rolls of Fujicolor Superia. Vodka was served from carafes and salo tasted gorgeous.

At the beginning of the year I went to Odessa at the Black Sea, but for the end of the year we picked a closer destination – Lviv, once known as Lwów. It used to be one of the most important cities in Poland before World War II. It’s history is pretty similar to the one of once German Breslau – the today’s Wrocław. Cobblestones and beautiful architecture. The marks of its former Polish past on the walls, Jewish ads, German ads. It was a multikulti city of culture once upon a time where Polish, Jews, Ukrainians and Germans lived together. But it all changed after the war.

Travelling back we traveled in time. We arrived 5 minutes earlier than we departed, coming from a nostalgic time travel. 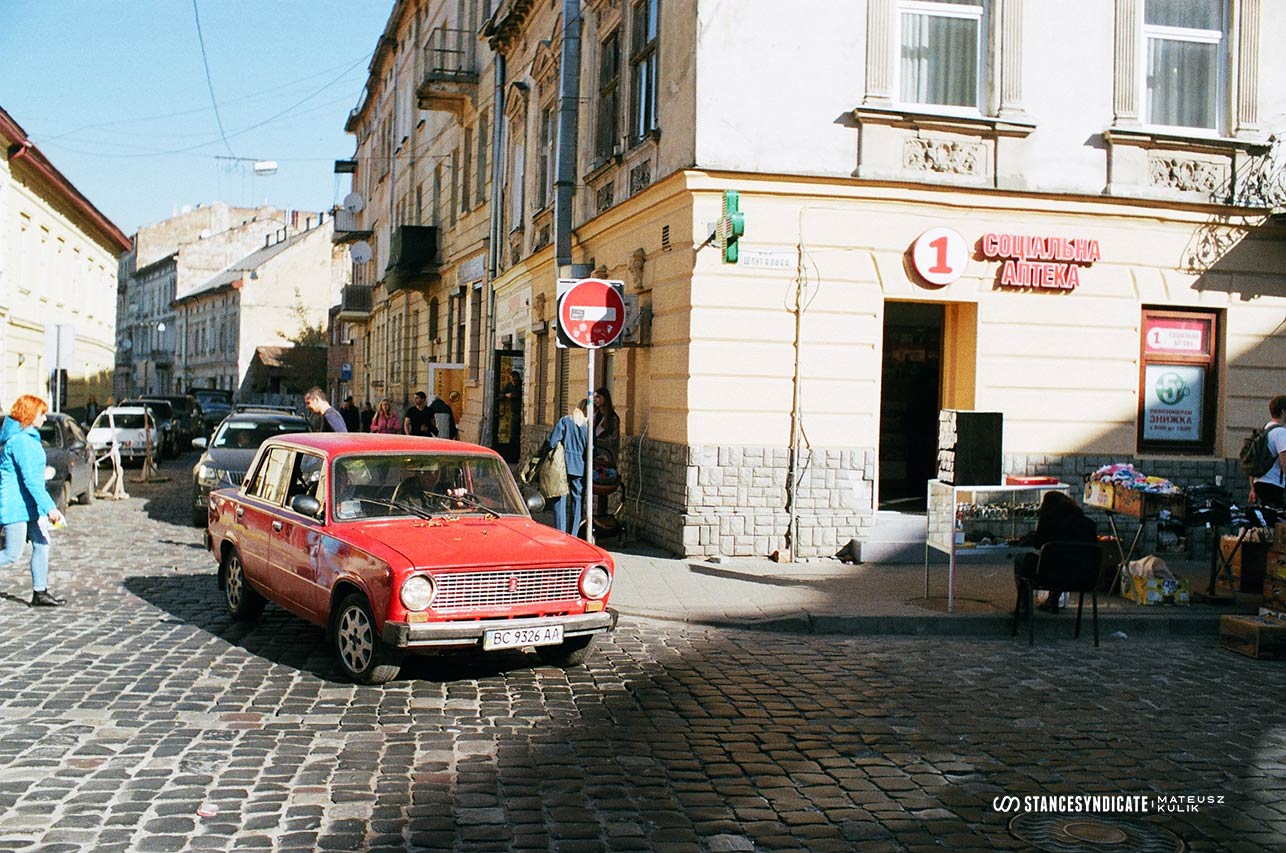 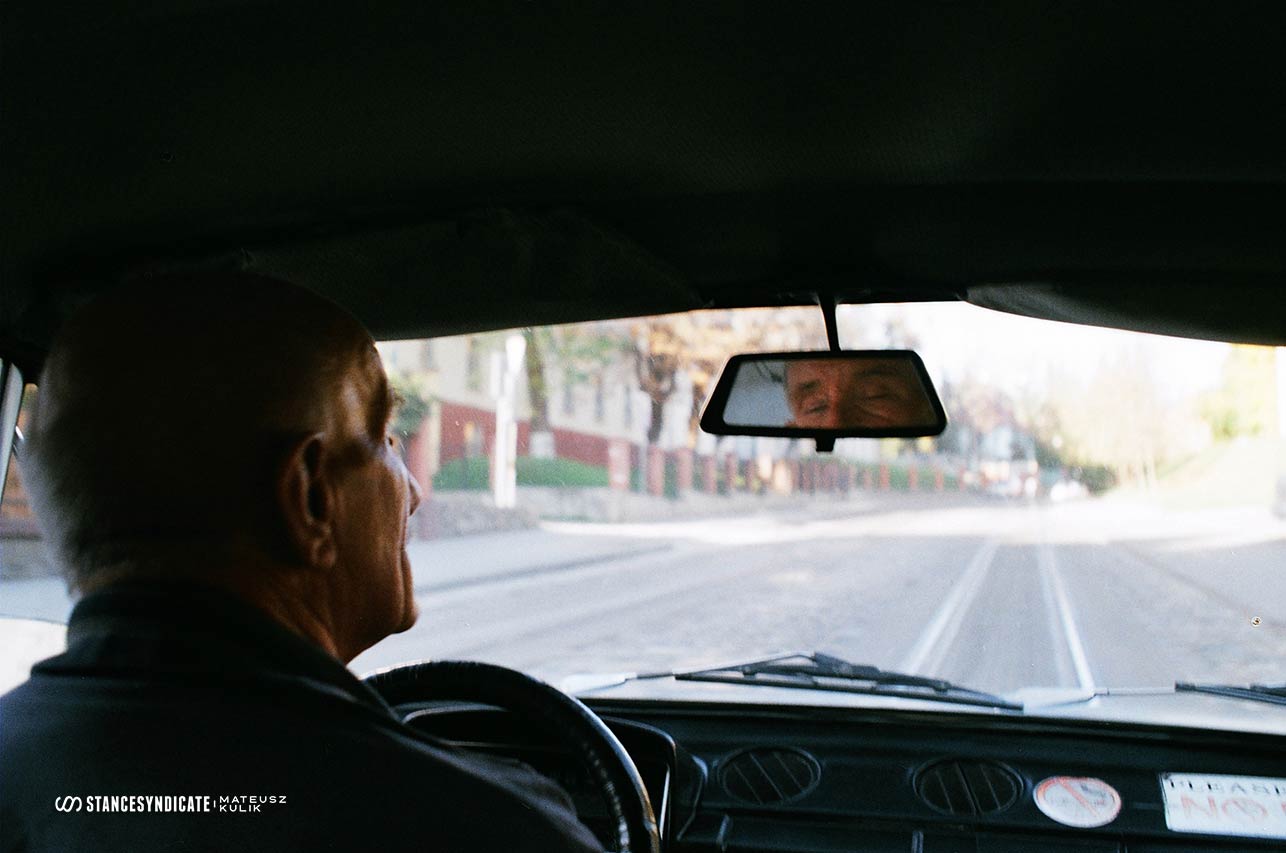 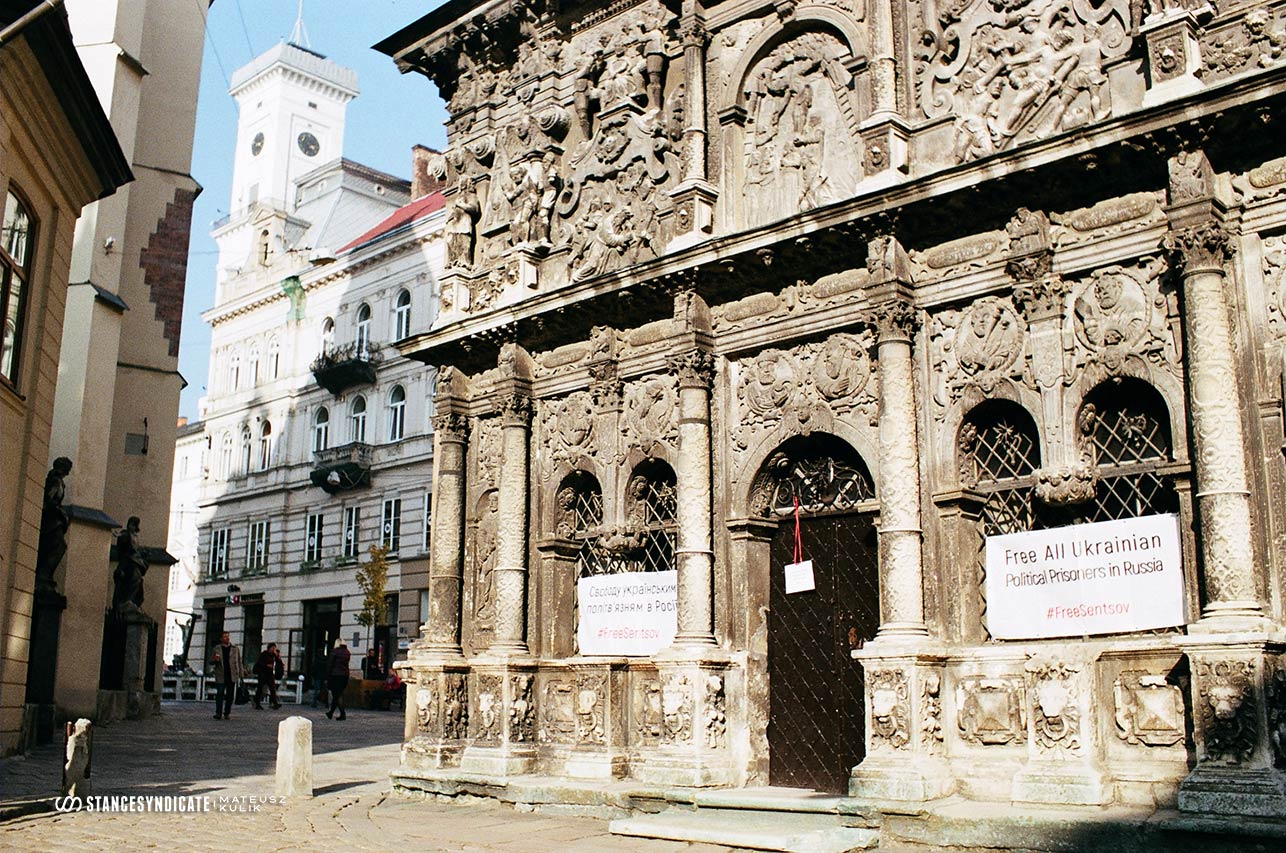 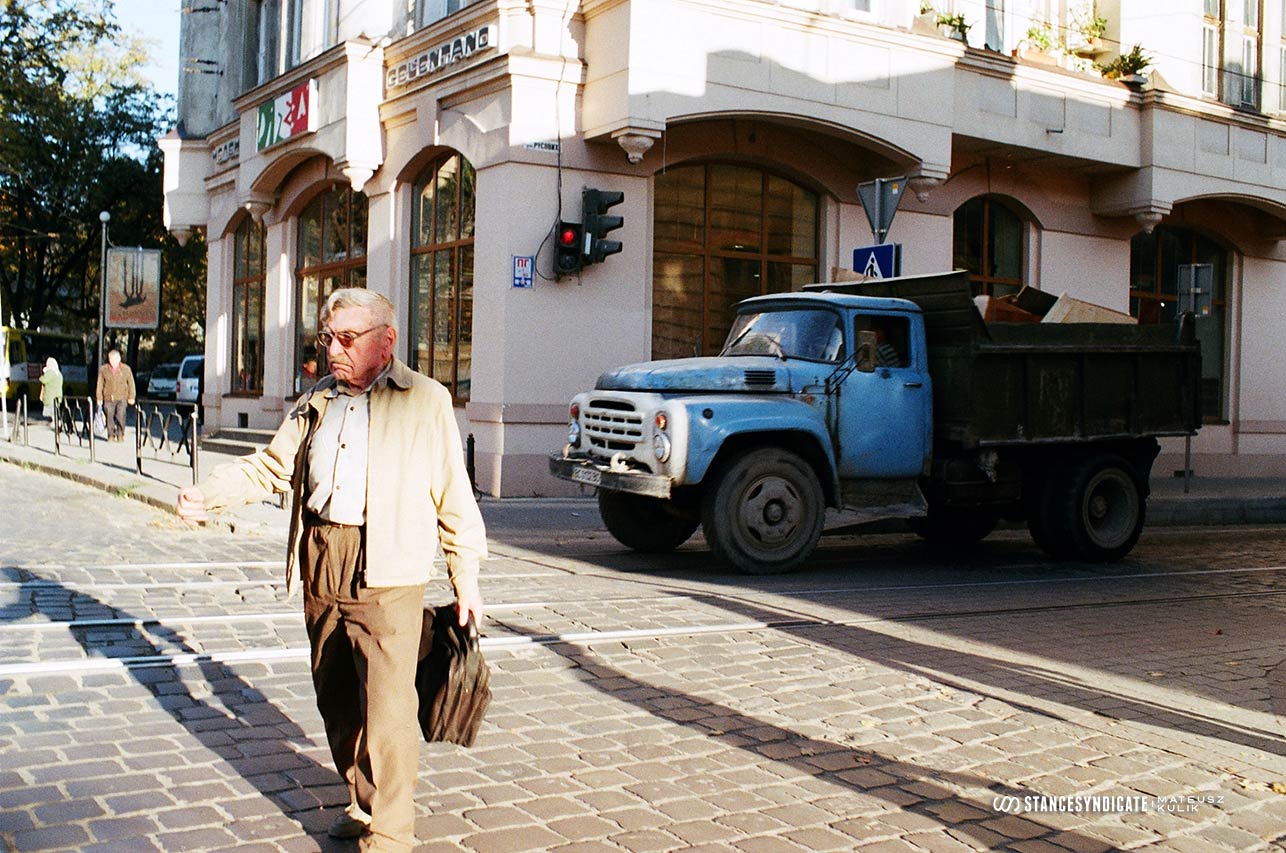 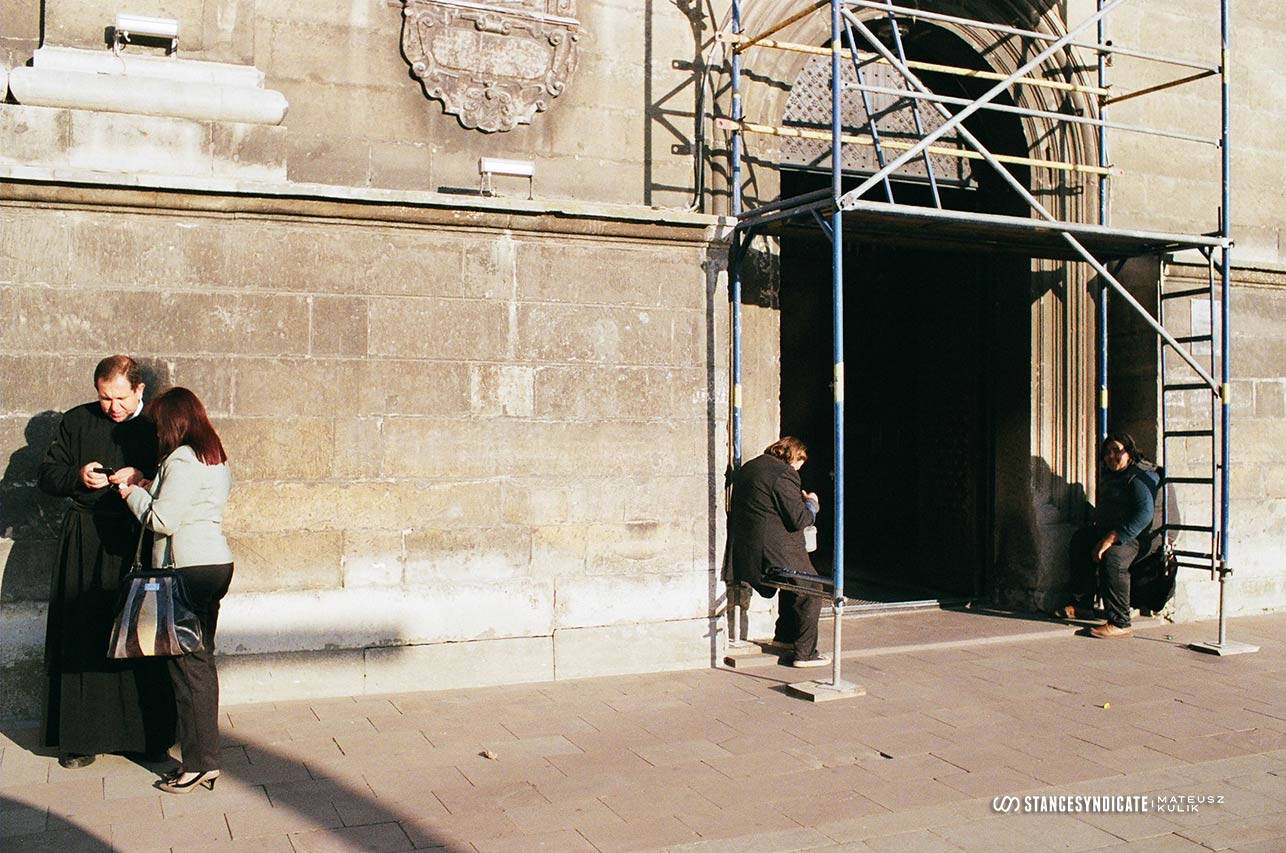