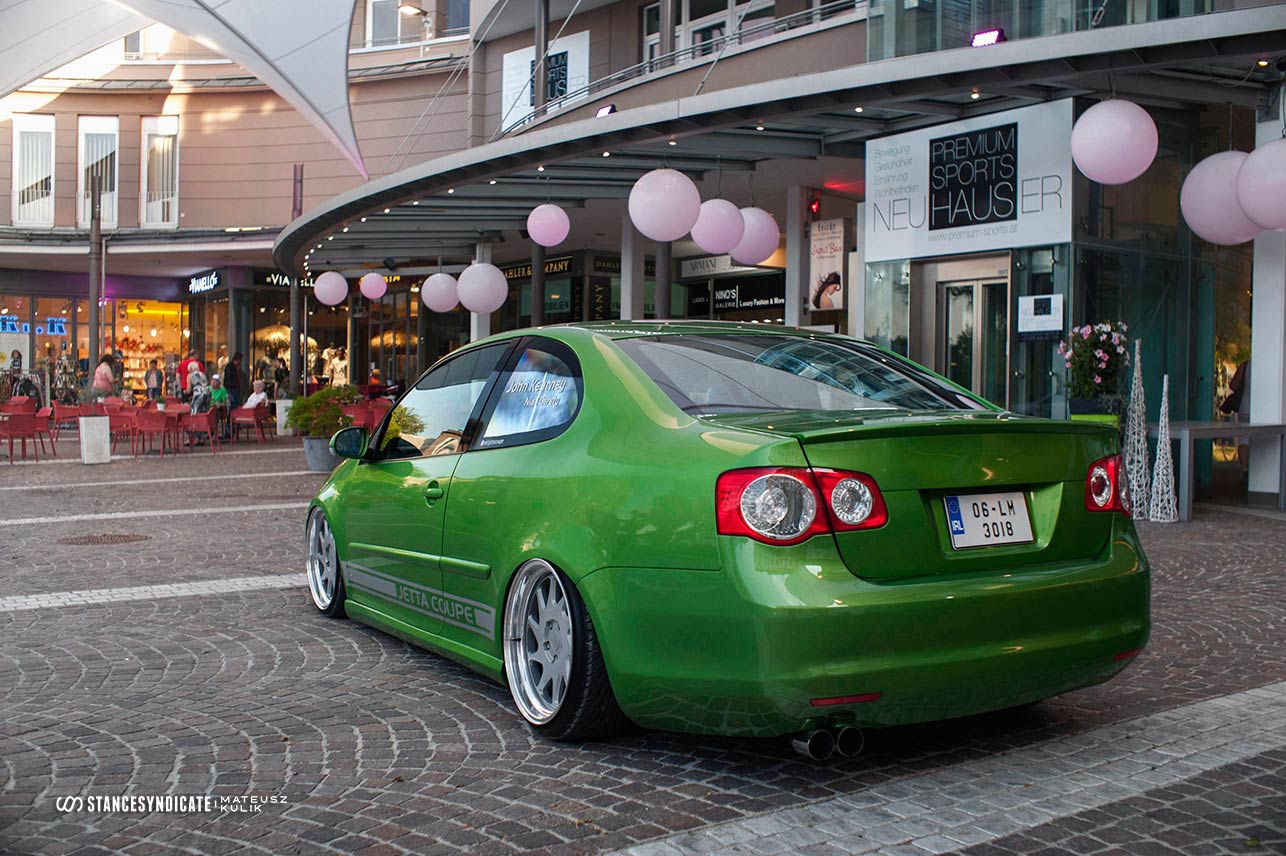 I had a countless number of images published in print and a few full-features, both in magazines and newspapers, but I never had a full-feature in an automotive magazine. Well, if I’d be an arse-licking type of a guy – I guess that’s easily done. But I do not like the taste of a butt. Fuck that!

I was very happy when the boys behind VOLXZONE mag asked me to shoot Niall Gerety’s very unique build. I was even more happy with the fact that I got to shoot an Irish car for them, as I’m connected with the Irish stance scene. I call Ireland home! I was proud to snap a car on the IRL plate!

It was at Wörthersee Tour 2017 when I got to shoot Niall’s stunning and one-of-a-kind, custom Volkswagen Jetta A5 Coupé. It was the year when for the very first time a couple of mates from Ireland came down to Austria for a bit of craic. And trust me, we had plenty of craic! A mighty one, as always!

The images were published in the second edition of the printed VOLXZONE mag which is actually run by my friends. But don’t worry, no thick envelopes or other types of bribery were involved. The boys loved the Coupé and wanted it in the mag! It deserved it!

I hope that we’ll show many more Irish builds in the future! 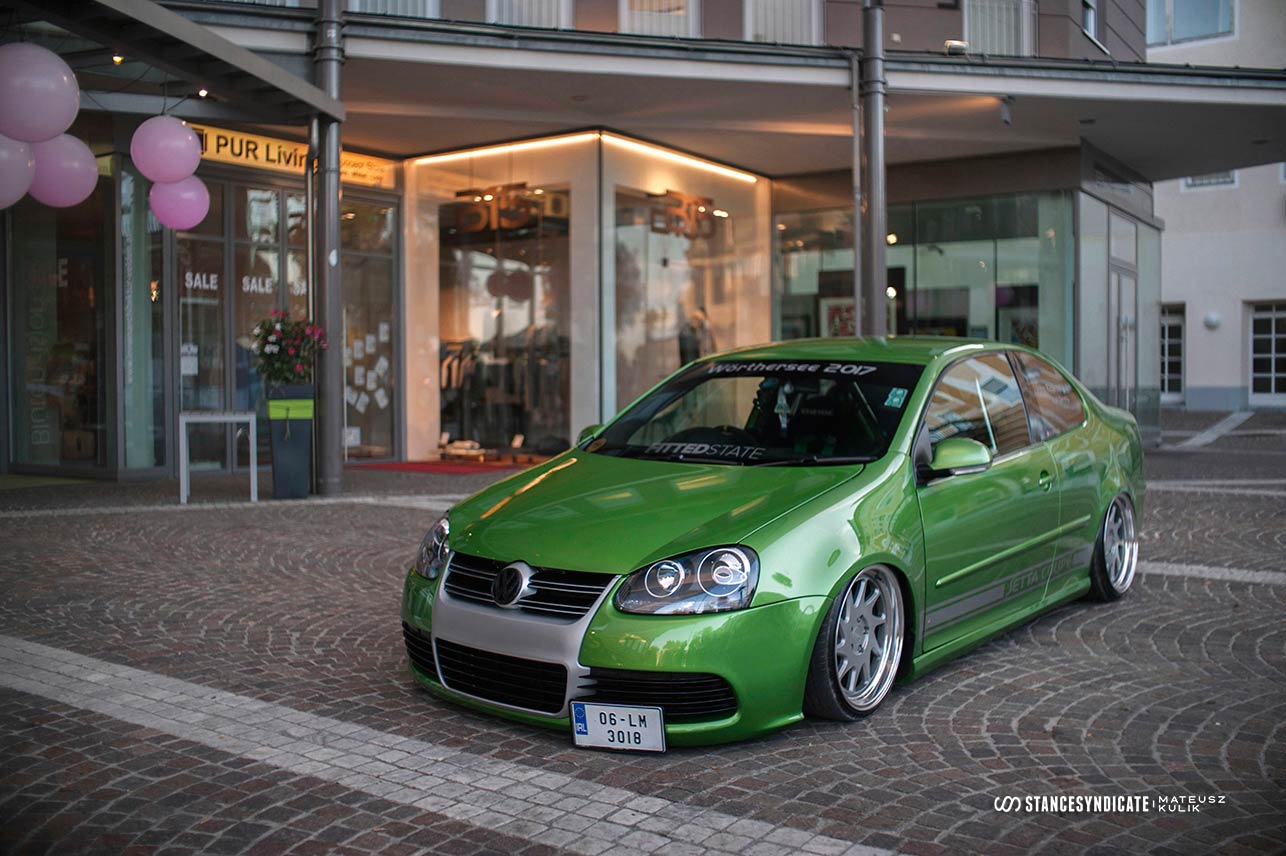 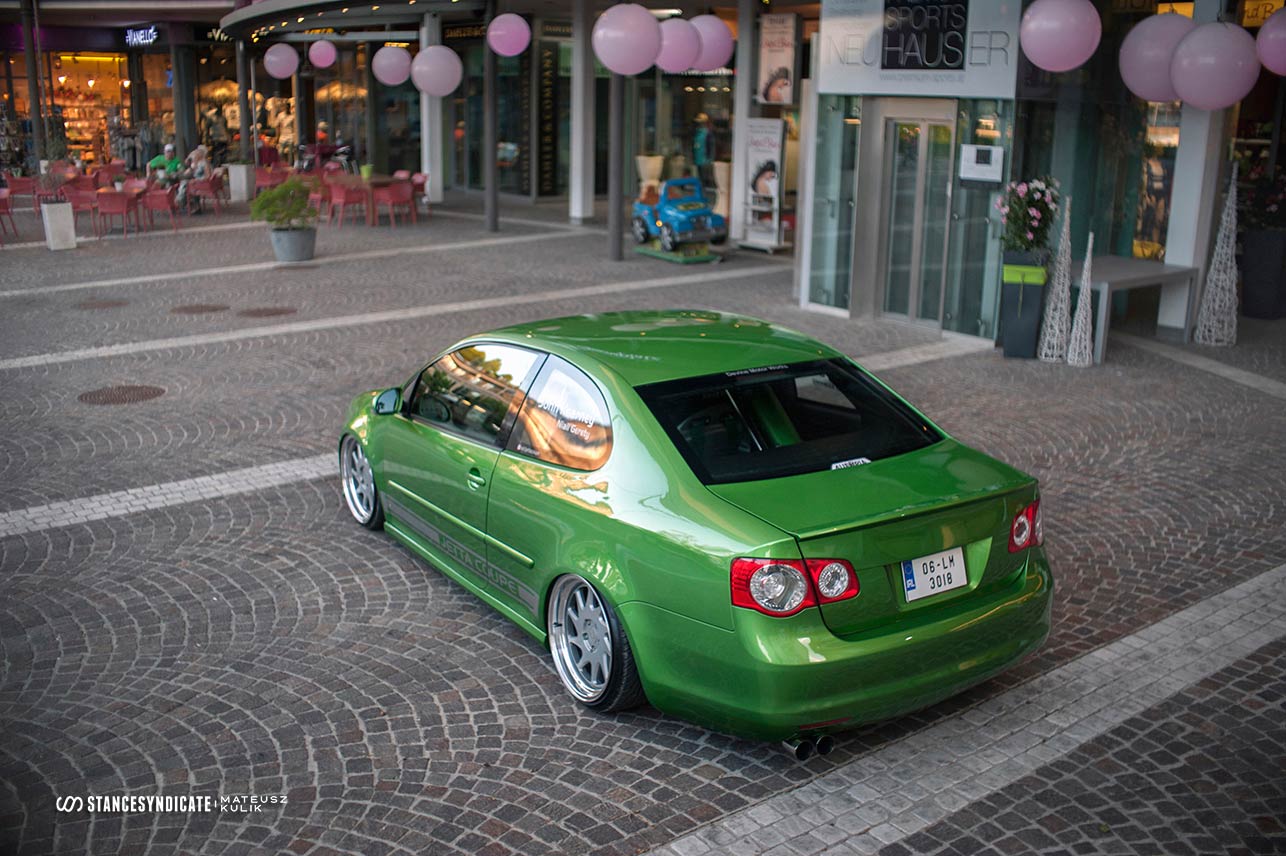 NEXT EPISODE: CZILLEN AM GRILLEN