For some the new season has started already, but I’m still waiting. Usually for starters I’d choose a greasy, beer and vodka filled BBQ with the Wolfsgruppe crew. I’ll miss it this year, what a pity, but I found a roll of 35mm film with a couple images from one of my favourite edition’s of this traditional show season opener… after it went missing for 3 years. 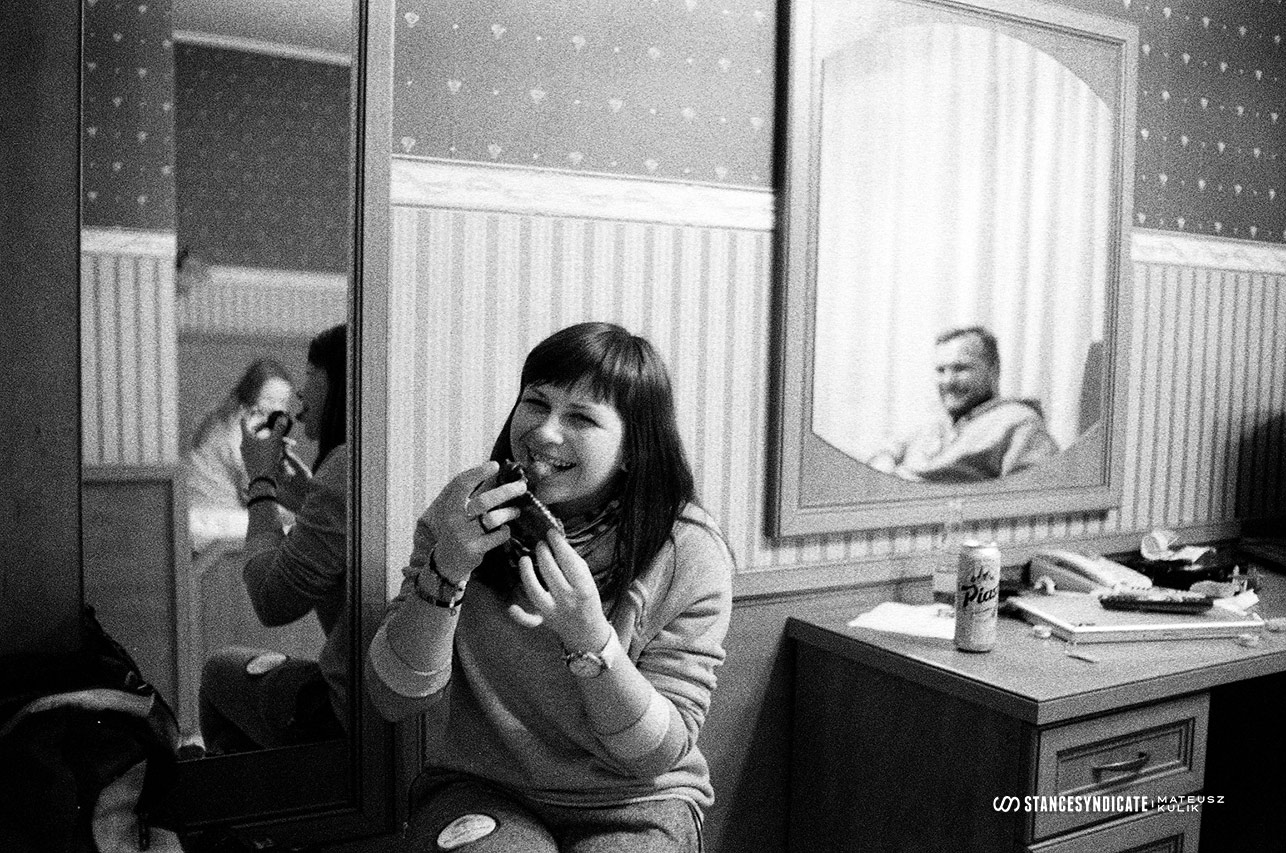 Well, sometimes it happens that things get lost. Things just disappear. They get put away in boxes, drawers and chests… and then they’re forgotten, and they’re left to collect dust until the day comes when they’re rediscovered and no matter what the found thing is – after the time’s passed they all carry priceless memories. In the moment you find one of your lost or forgotten things it instantly brings up sounds, smells and stories of the past. 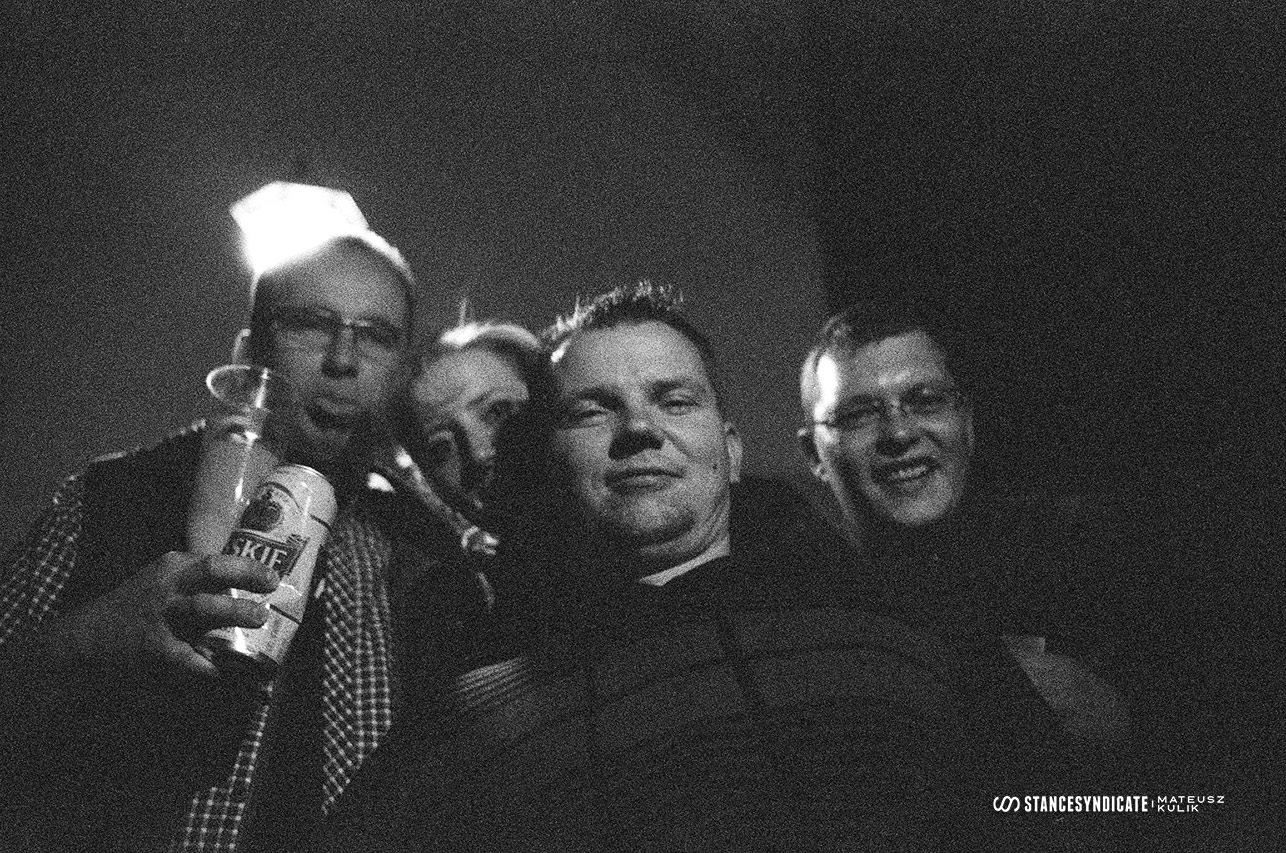 Not always though. Recently I had to pack my boxes again and I came across a few rolls of exposed 35mm film. In the whole bunch there was a roll of Ilford’s Delta 3200 Professional – a very nice, black and white, ultra-high speed film which is perfect for low light work. My favourite for evening and night shots. Decent contrast and nice grain… but this roll smelled like hops, not grain… it smelled like Tyskie. Hmm? This must be the long lost roll from Wolfsgruppe’s BBQ, I thought when I found it. 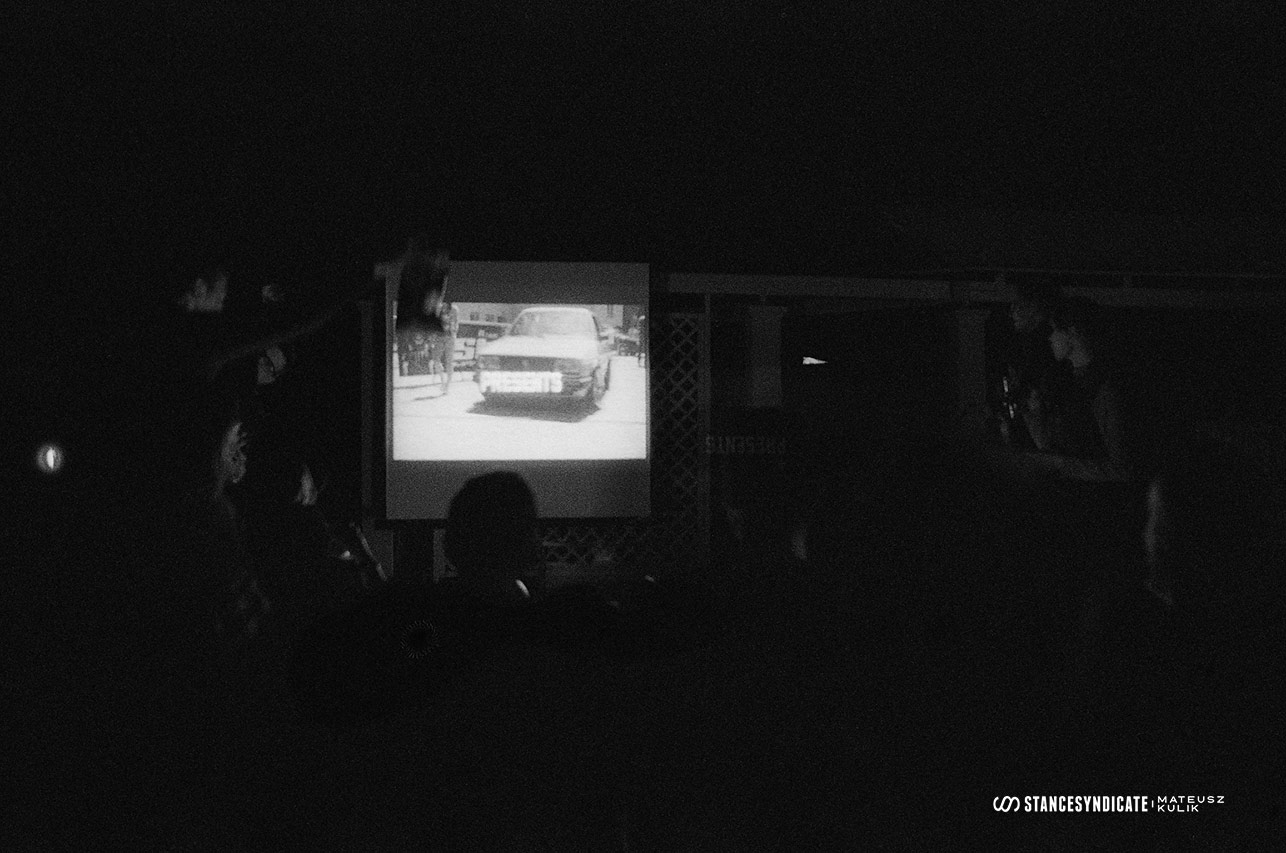 Soon I got it processed in a local lab and I was right… it was the roll from that night when we went to a private outdoor cinema, somewhere in the central-west Poland, for a premiere screening of a top of the range production – Archie’s and Loniek’s official video from previous season’s Wolfsgruppe’s flagship show – the worldwide famous VAG Event. 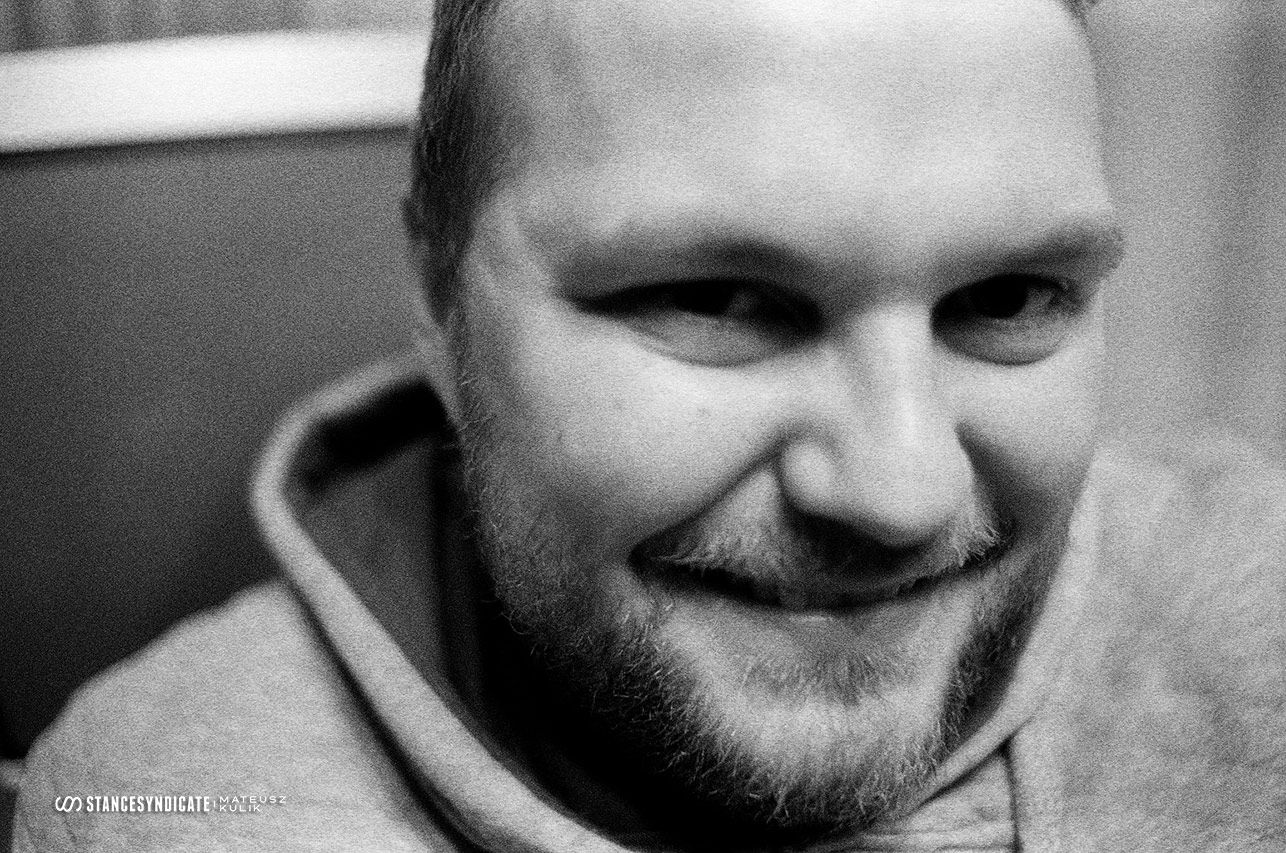 After I left the roll in the lab for processing I worried for a while that the film was exposed too long time ago and the emulsion could have “lost” the image it was meant to unveil in reaction with the developer. Ilford, the producer warns to process exposed films as soon as possible. It took me 3 years to get this roll developed… but the images were all there – all sound, totally intact though taken after numerous beers. It’s fun shooting drunk at night with shaky hands trying to avoid camera shake given your only allowed shutter speed is 1/30 of second… and that alco vision you have to fight focusing a manual lens. 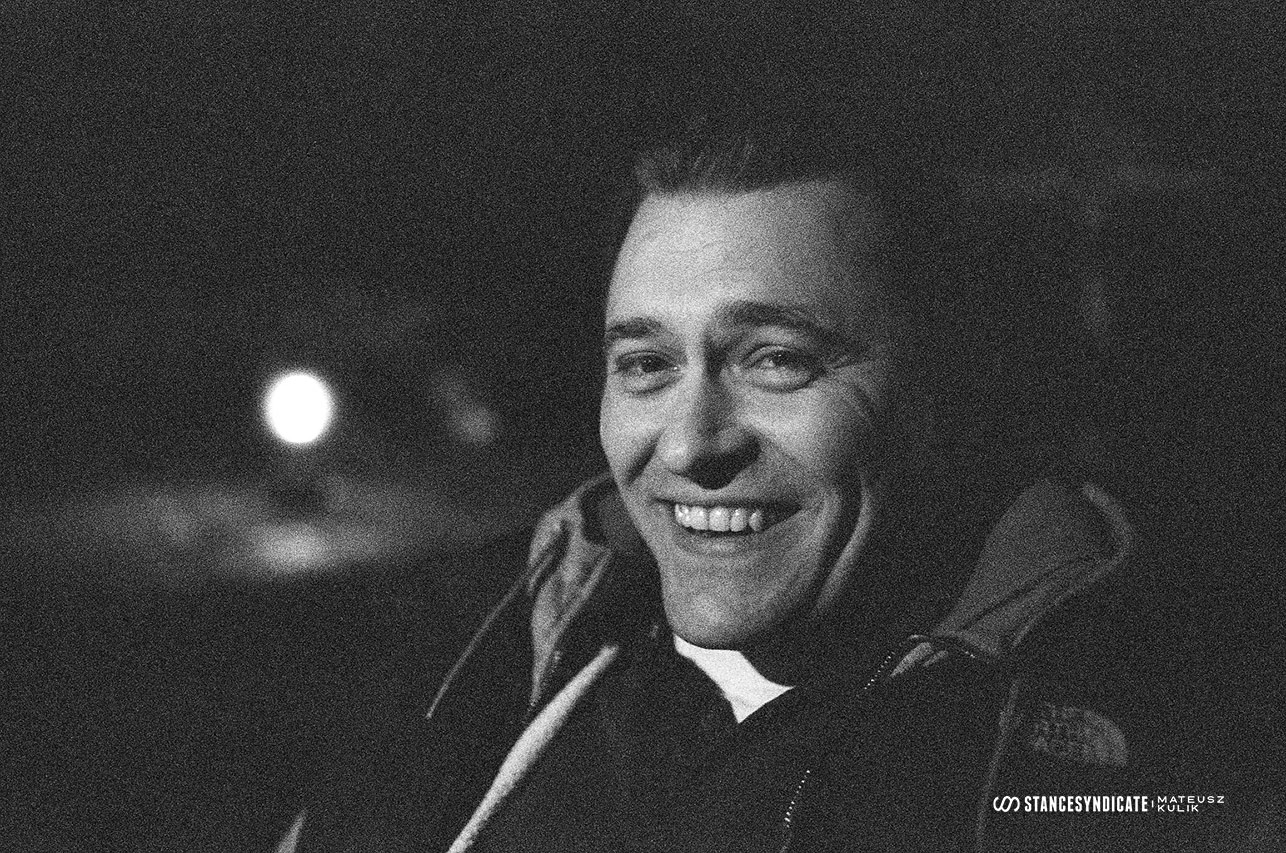 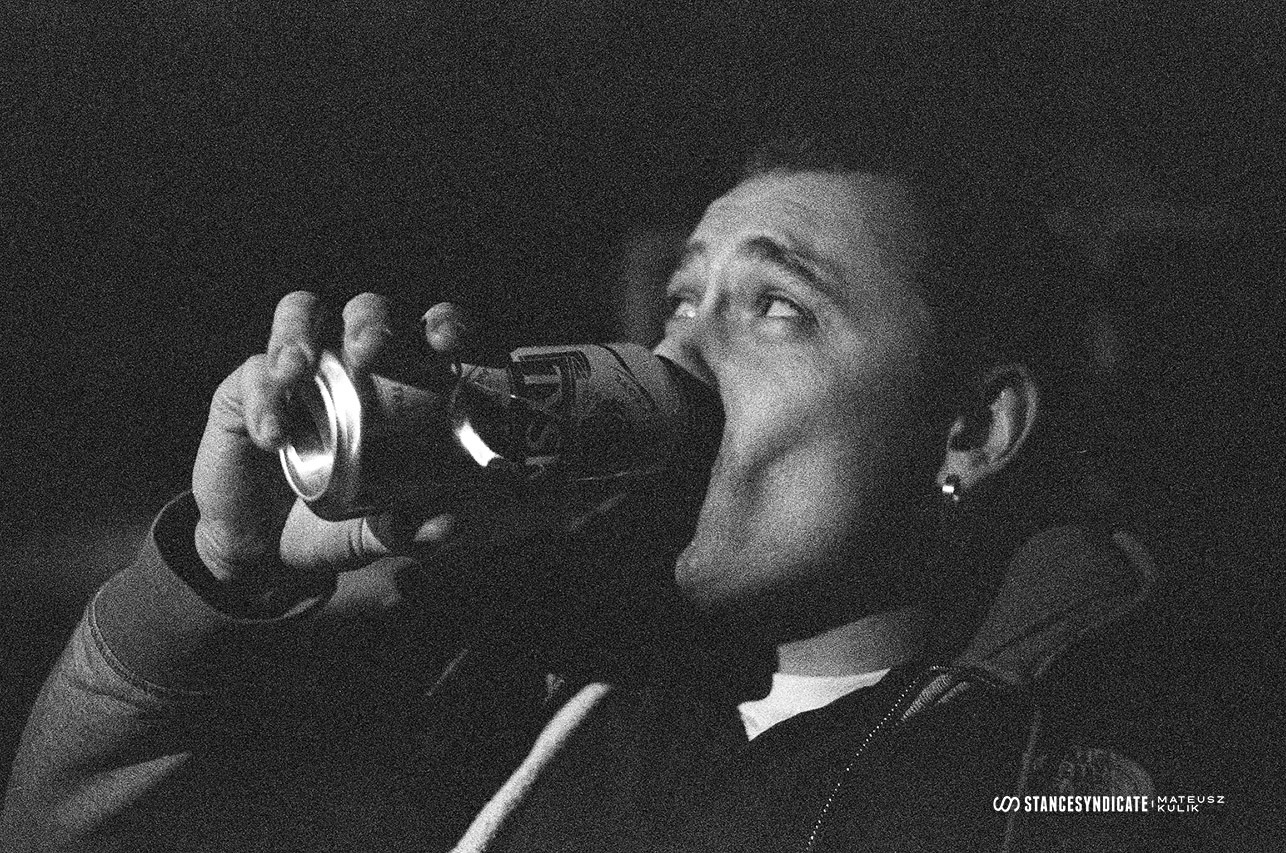 But the images turned out fine and, as lost things found promise, they brought all the good memories back. And here they are, unedited, straight from the camera. Somehow they not only reminded me of the Wolfsgruppe BBQ, the premiere screening and unofficial Tyskie sampling time with our German friends, who actually claimed that night that Tyskie is “Das beste bier in der ganzen Welt!” but they brought me back to two great seasons of 2014 and 2015. When things were a bit different. 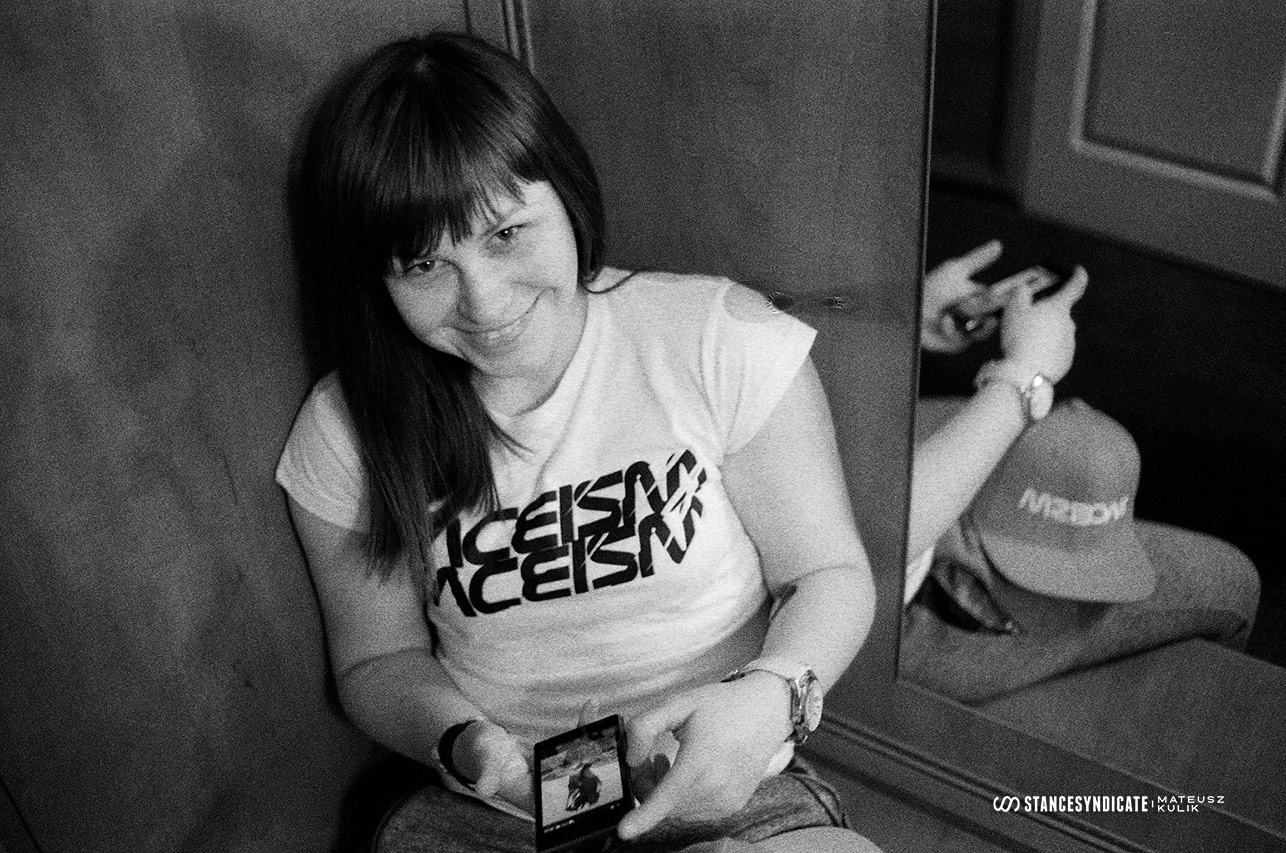 In todays fast moving world things shift fast. Styles and preferences change. Rare bits prices rocket through the roof while people come and go, especially these who’re in for 5 minutes of Facebook fame. In 2014 I did a similar analogue photography gig, but on a bulky medium-format Mamiya RB67 instead of the handy and portable Nikon FE I usually shoot with. The images I took are portraits of organisers, supporters and participants of Wolfsgruppe VAG Event 2014. Unfortunately, my little project turned out to be the last to document the complete Wolfsgruppe crew. Things change, but not all. 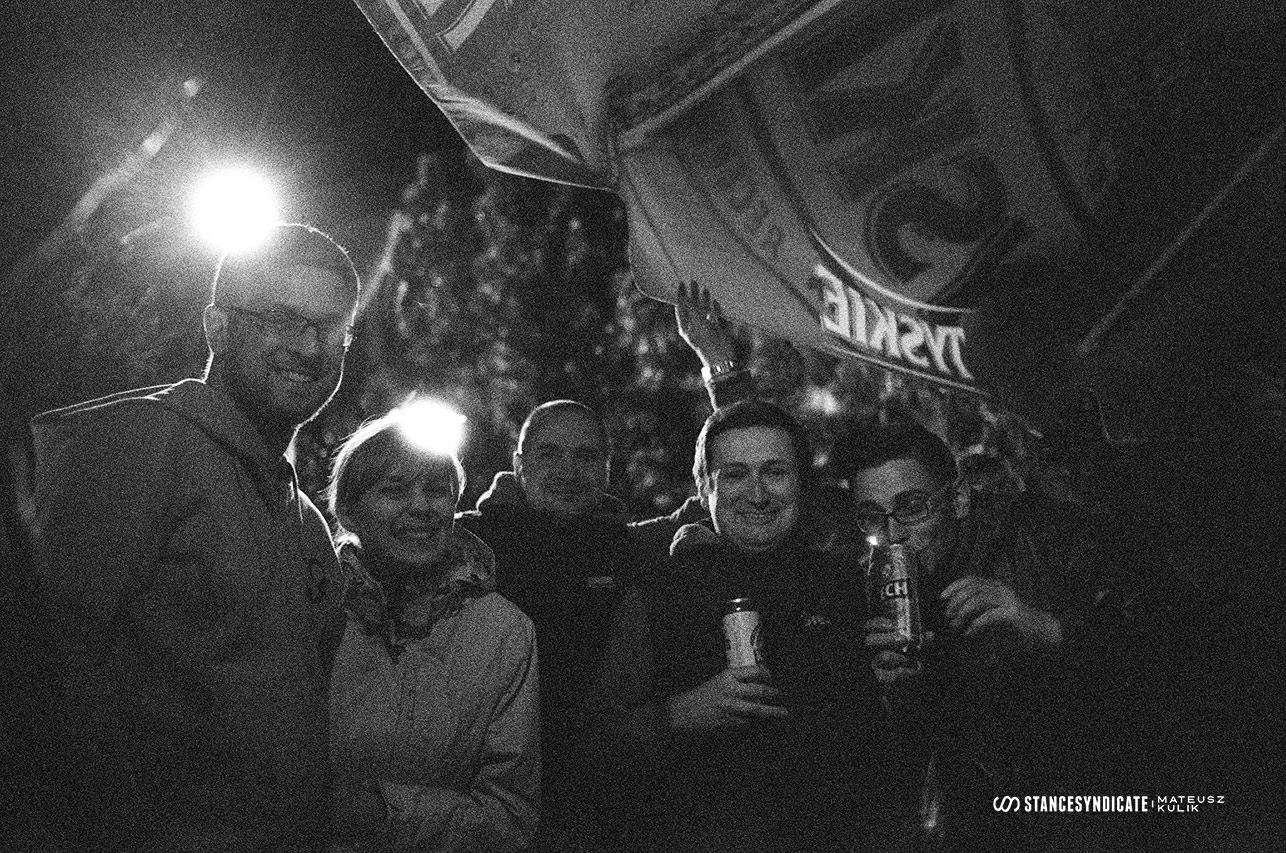 Many of us could be called today the dinosaurs of Polish modified VAG scene. We all “grew up” in the pre-Facebook era of forums at vwzone.pl – one the first sites for polski dubheads which celebrates its 15th birthday this year. The site’s motto was: “Connected by passion” and many of us still are until today’s day. Wolfsgruppe was born out of these connections and we are the old guard! Last year at the final 10th Anniversary VAG Event we’ve got for the Wolfsgruppe crew a simple trophy for ten awesome years ‘am Żerksee’. We wanted to say thank you. They wanted to end their event, but a tear was dropped and there will be no end to the VAG Event. 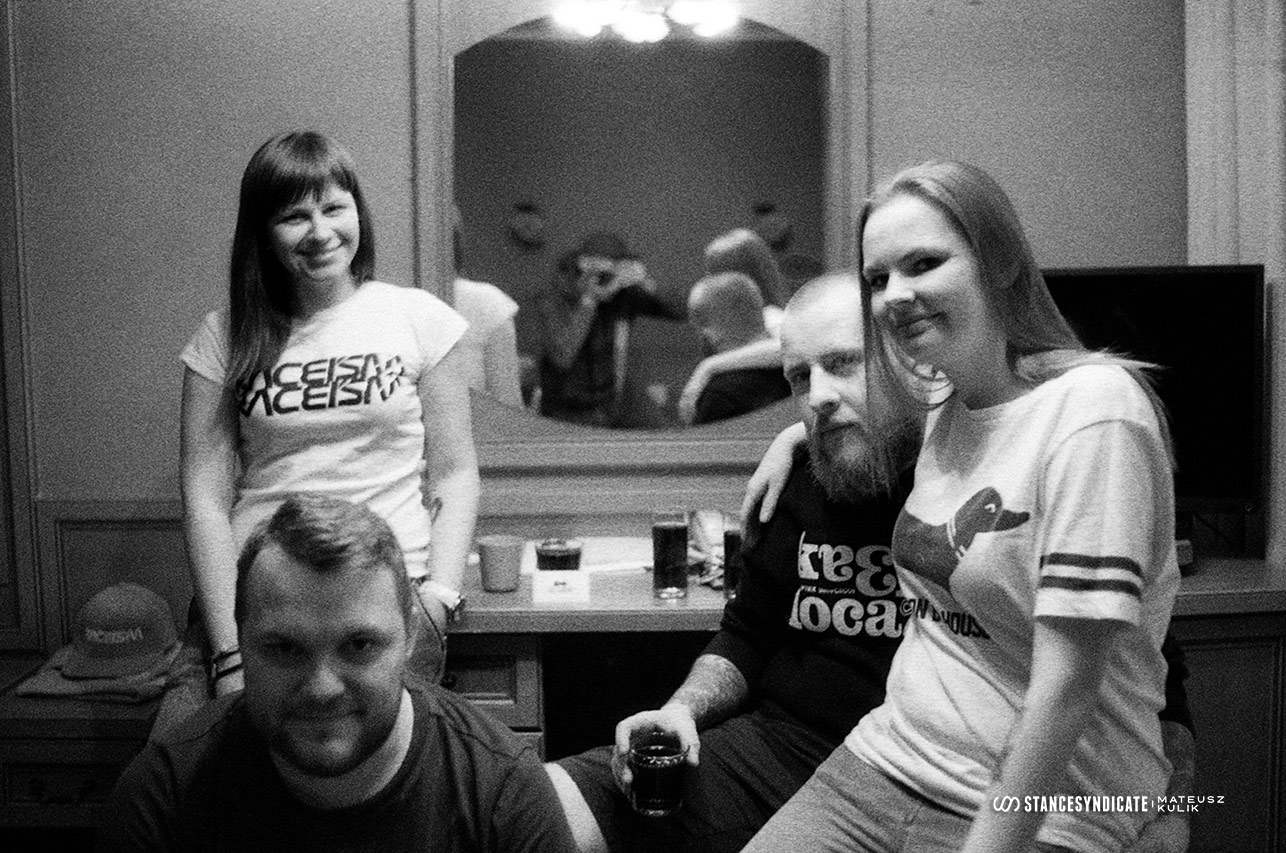 For some the 2018 season has started already at Ultimate Dubs, but a traditional starter for me would usually be Dubshed followed by Wolfsgruppe’s BBQ. If I’ll get lucky I’d love go to Belfast for Ireland’s No. 1 show, it ain’t far from Dublin, but no matter how hard I’ll try I won’t be able to head over to Poland to the laid-back BBQ which I’m going to miss for the first time since it appeared in the show calendar. Things change. I’ll miss the press room and all of it’s craziness as well as Tyskie sampling with my German freunde. But will I regret not seeing the cars that will be on display? Well, I’ve totally forgotten that this whole thing is about cars… 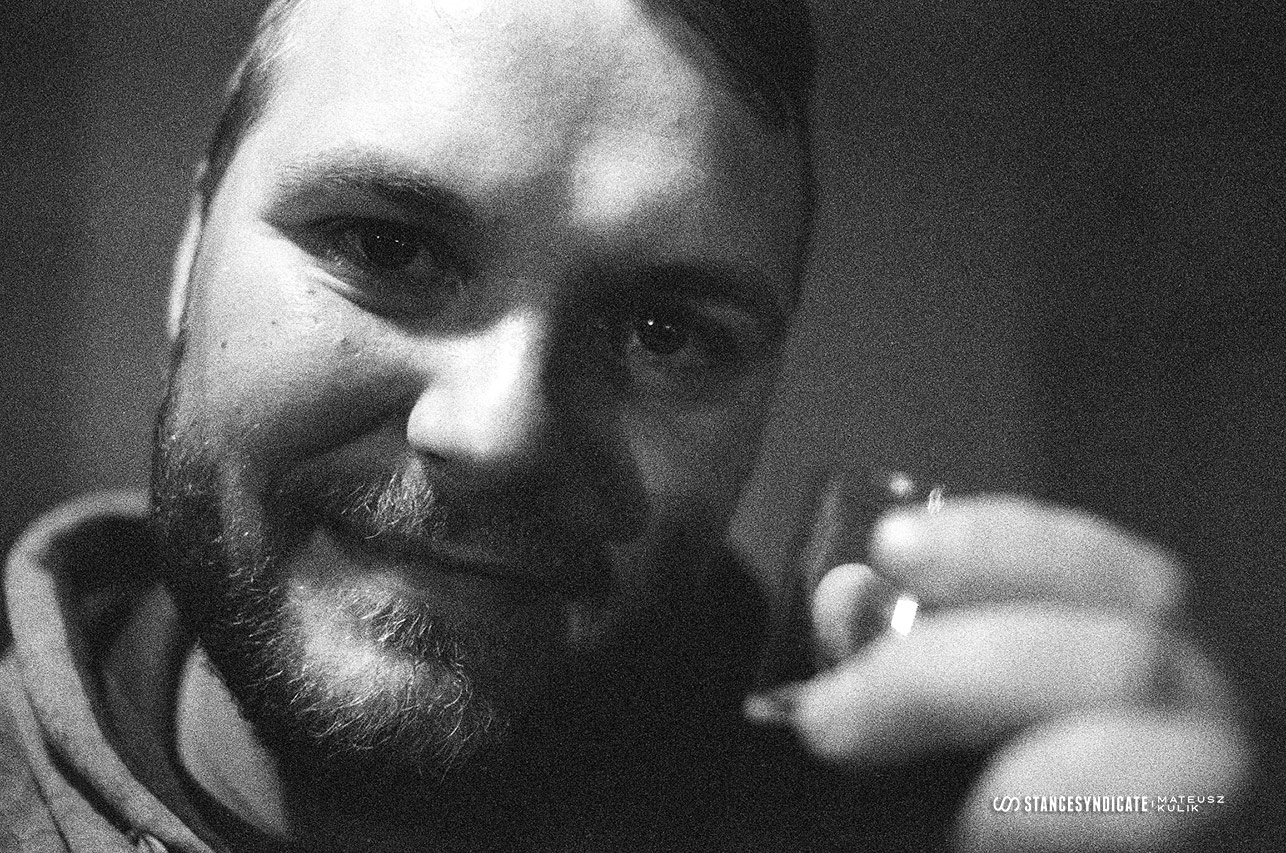 I love these cars, I’m obsessed, I’ve probably too many of them as well but at the end, when winter ends and the new season kicks in I look forward the most to seeing mates whom I haven’t seen for months. Some of them who I’ve met at Wolfsgruppe’s events will be missed this year, fellow photographers and journalists, they ride low on heaven’s highways now… Karol and Patrick – glasses will rise for you! Rest in peace buds! 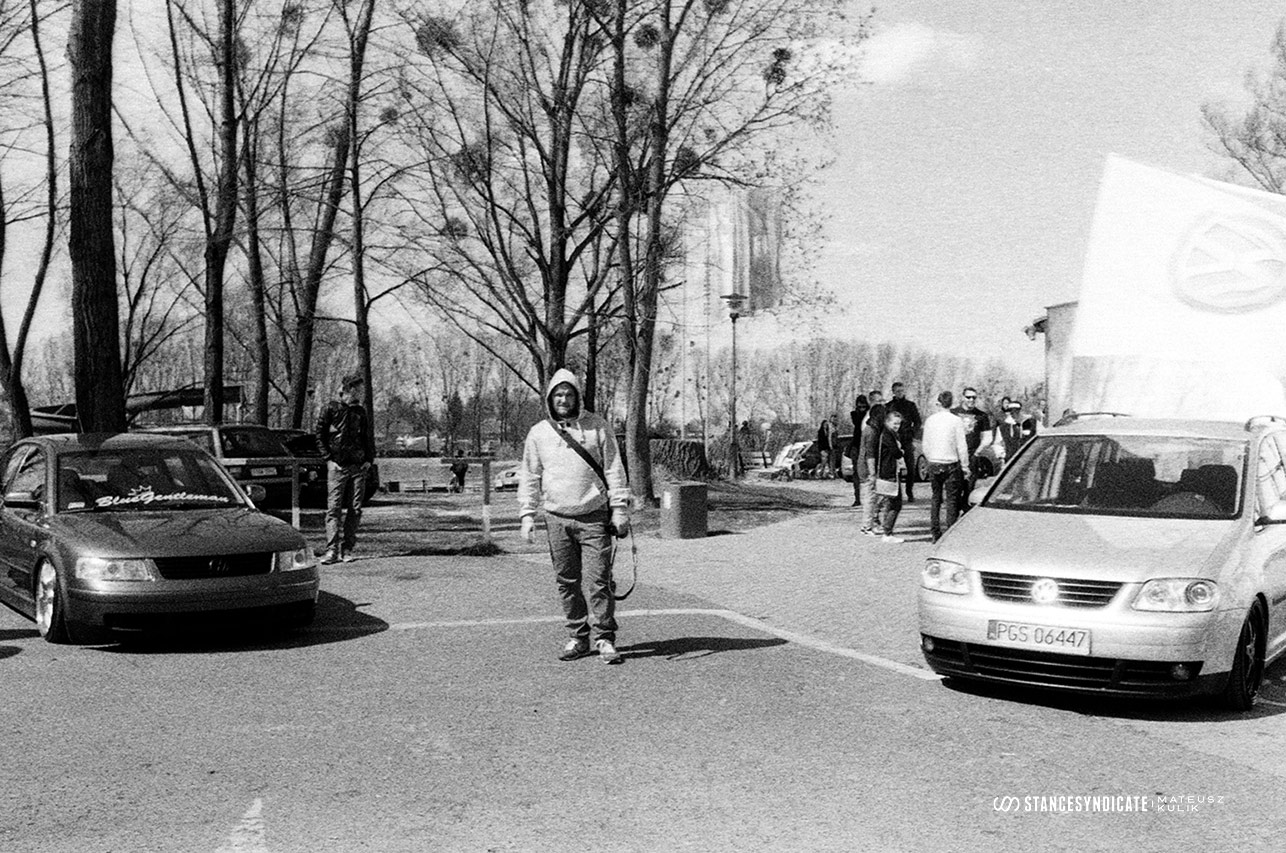 Things change. It’ll be a different show season than all the previous… 2018! But one thing doesn’t change though, I can’t wait for the Polish National Vodka Drinking Team to reunite at Wörthersee International Vodka Drinking Championship. My liver doesn’t share the excitement with me but… you know how it’ll end. It’s going to be an interesting season! See you ‘am See’! 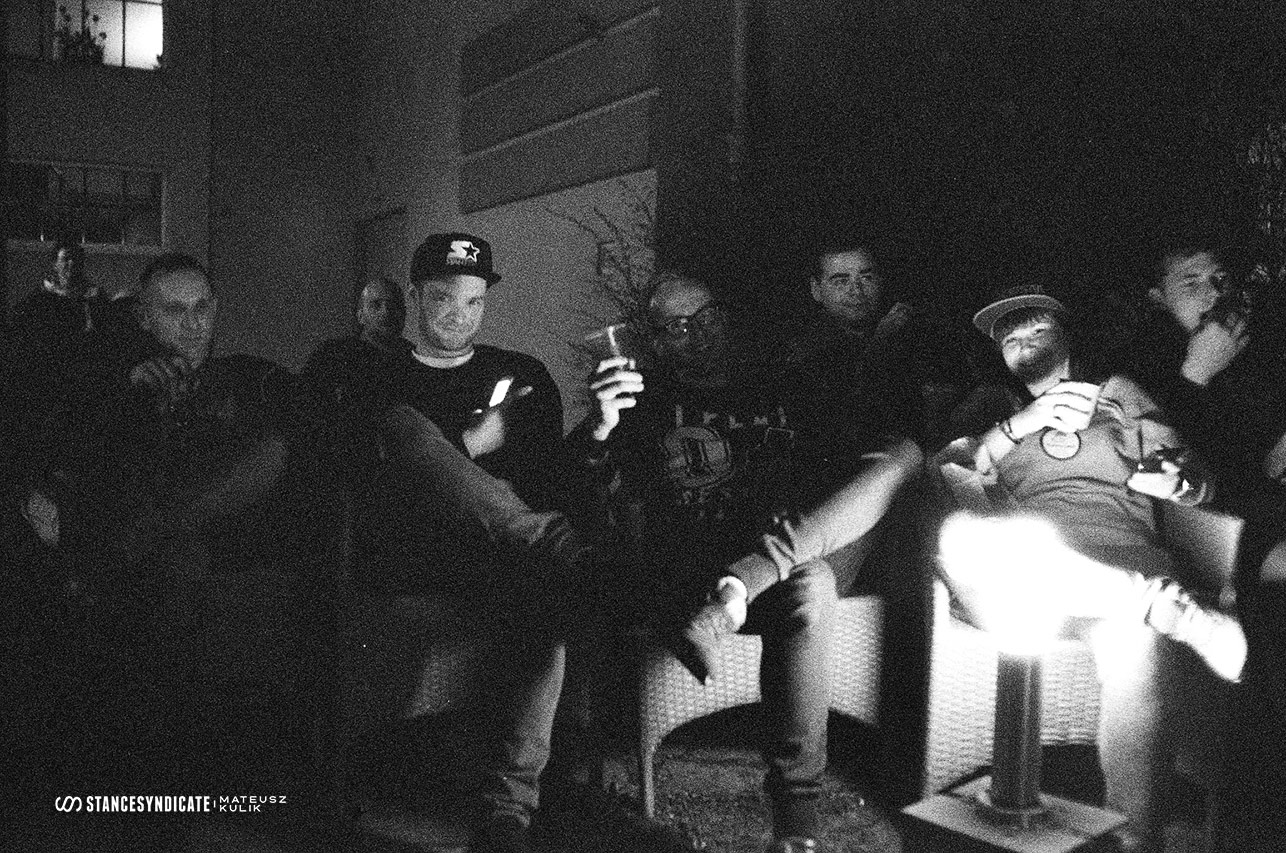 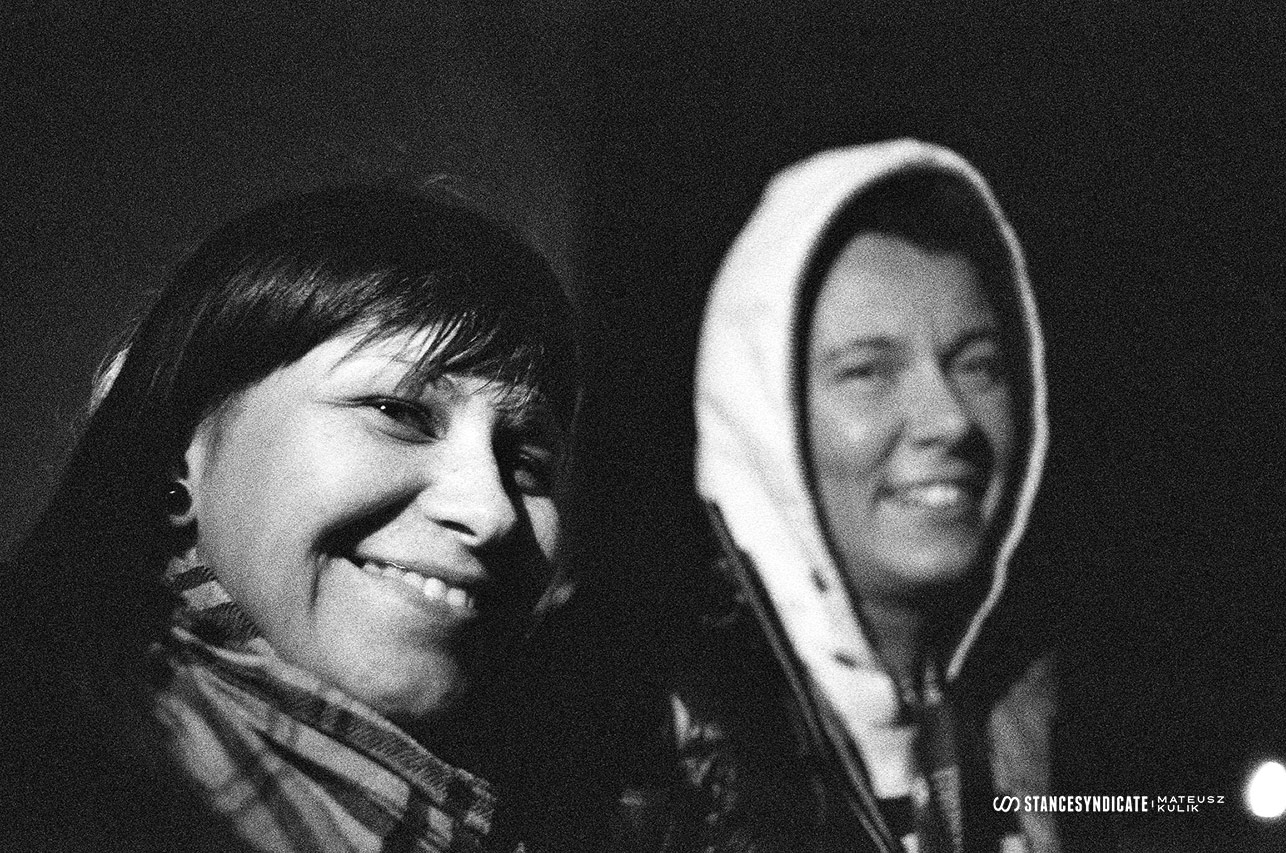 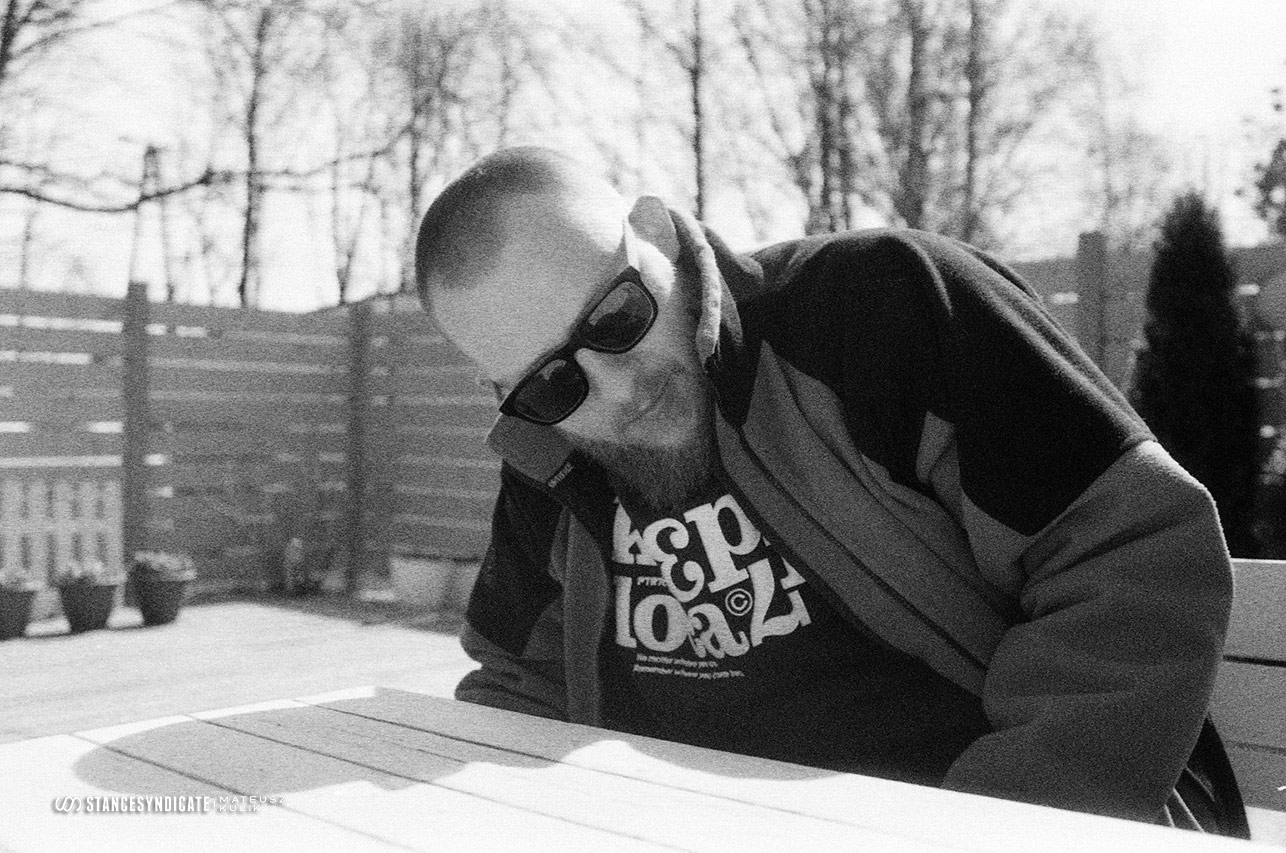 All the above images were taken on a single roll of Ilford Delta 3200 Professional during Wolfsgruppe’s BBQ most essential part – the night time integration. Cars and actual story behind the images here:  Wolfsgruppe BBQ 2015

This year’s Wolfsgruppe BBQ will be different than all the previous editions. It will take place in tandem with Youngtimerowe Rozpoczęcie Sezonu (Youngtimer Season Opener) at Folwark Klasyków to deliver a great weekend with friends and cars. Start at 1pm on 14th April in Hermanów, PL, then traditional BBQ drinks in the evening and car display on Sunday. Perfect. More info: Wolfsgruppe (FB) 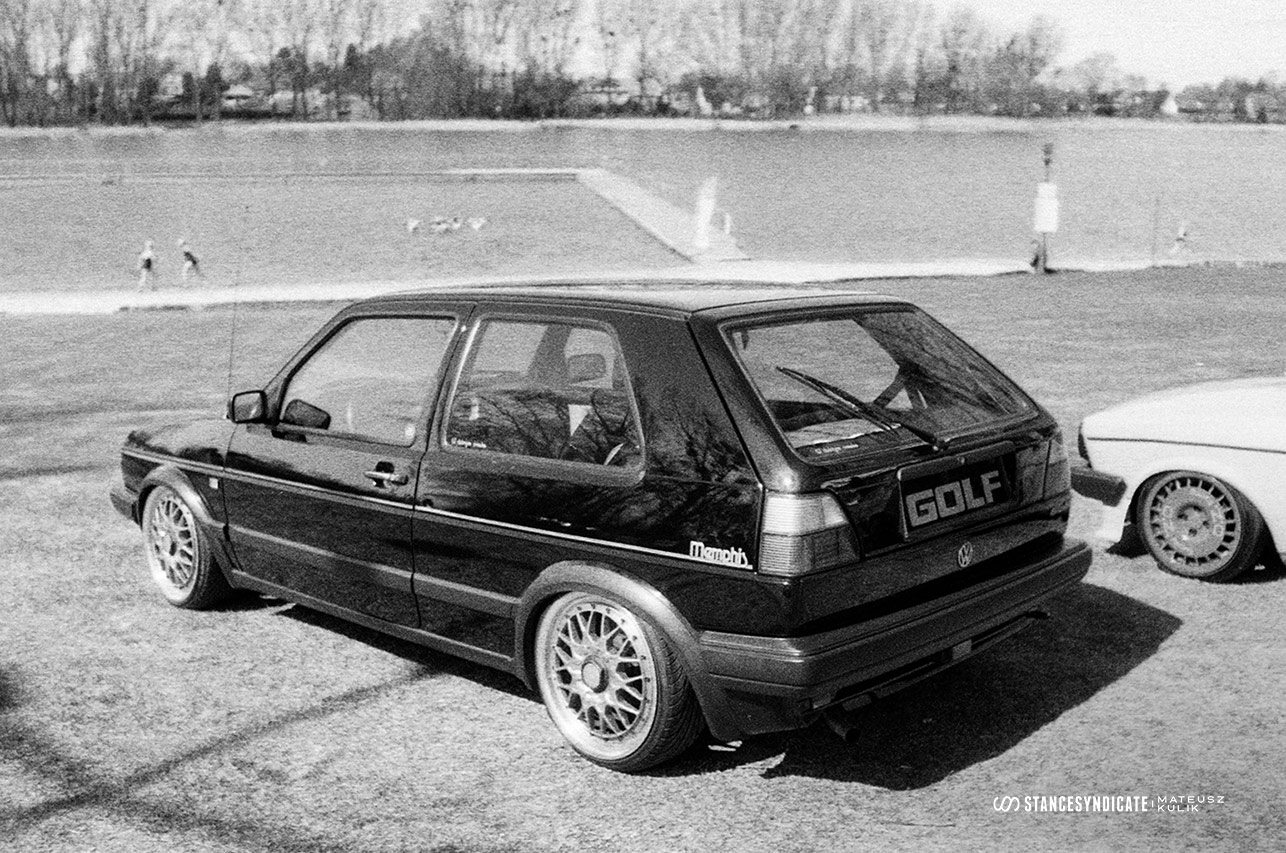