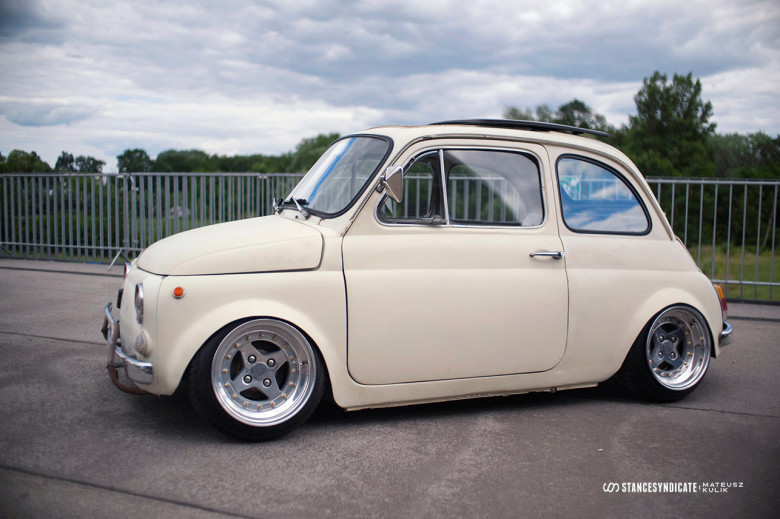 Yesterday’s day at Raceism – The Event 2018 was a blast… the whole area around the Municipal Stadium in Wrocław was filled with not few, but plentiful of top range European stance projects – but there’s only one build which can be called the number 1!

Boy, the thing has grown really big over the years and I will not exaggerate saying: Raceism’s The Event is the number one expo-type show in Europe now. Hard to argue when there was 800 top class builds from around Europe shinning like stars all around the stadium. Some even said there was 400 more – 1200 projects in total… but I did not count. I barely managed to do two rounds around the stadium.

It’s not bangers you get to see at Raceism, it’s only proper cars of highest quality that get the privilege to get one of the so-demanded parking spots at the stadium for the weekend of the show. Perhaps with very few exemptions – like one Polo 6N2 I saw there asking myself what the actual fuck is this scrap doing here among all these stance all-stars? Wild card? #TheWorst #NoFrameWasted 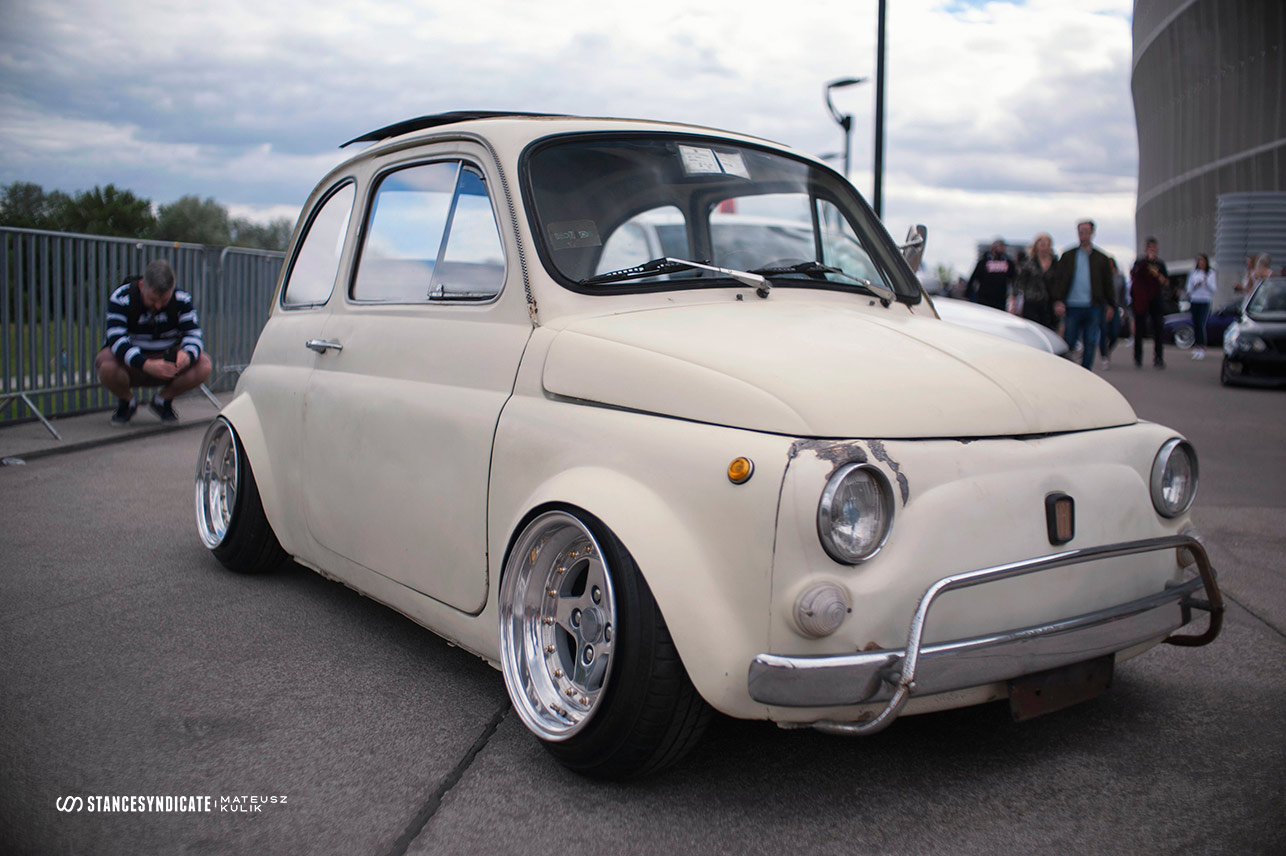 Usually at the shows I go to I carefully select four cars that for some reason I find the most attractive, interesting or simply… favourite. It’s the so-called #FAP4 – meaning four cars one could “fap” to. Feel free, should you like.

Choosing four cars out of say 200 at a standard car show isn’t easy, so what if there’s four times more on a show like Raceism The Event? It’d seem natural to choose 16 top cars out of the four times more cars to look and salivate at – and that’s what the lads at Raceism.com do – selecting their Top16.

Overwhelmed by the great selection of projects to enjoy at the stadium I decided to cut down my choice to just one car this time, the number one best project of Raceism 2018 – the presented here Fiat 500 L – StanceSyndicate’s Favourite Car on Show! The No. 1! 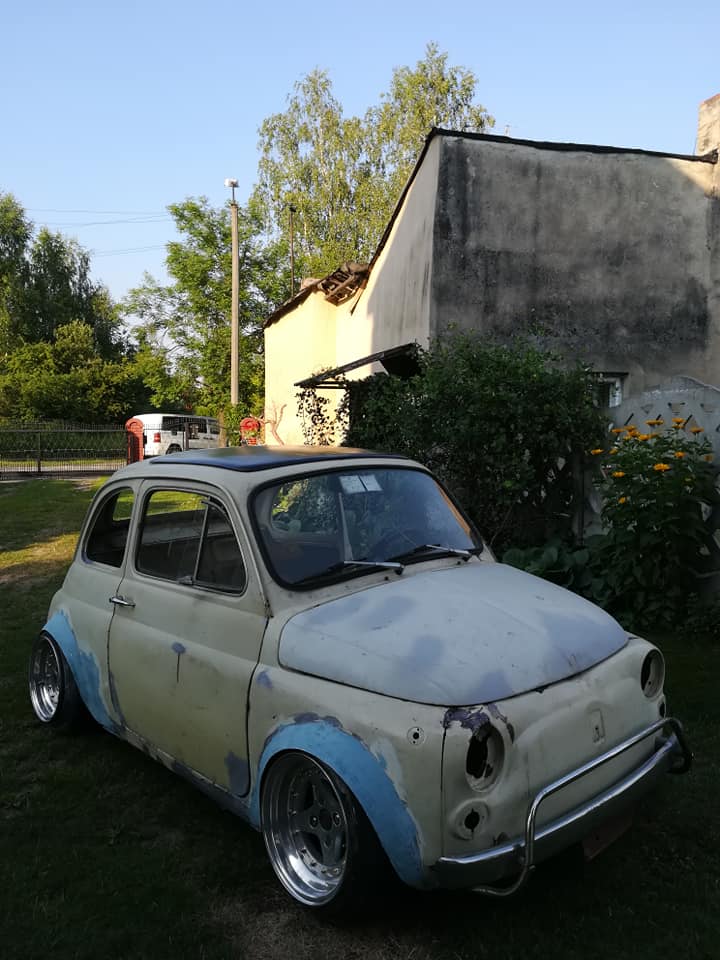 I saw this car online first in our secret Raceism group when the owner, Piotr, less than a week before the show posted an image of his Fiat 500 L in total bits but already rocking Tramont wheels. The car was driving and it seemed a great future project, but Piotr claimed it will be ready for The Event… having 5 days to paint it and finish up the interior.

– Looks cool, but to build a car “because Raceism”? – someone commented in the group

– It looks wrong – someone else said

A few days later fresh pics came showing the car sprayed and still not everyone seemed to like the idea. Perhaps a few, as I call them lease-lovers, got a bit frustrated that having no DIY skills, or lacking the time to build cars – all they can do is bring a car owned by a bank to the show. Car on lease. Wheels on lease. Even the final touches a.k.a detailing on lease. I hear you there shouting now that they can afford to get these leases. Yeah, it’s business, they can afford to generate more costs to avoid taxes. Wise-guy accountants they have. 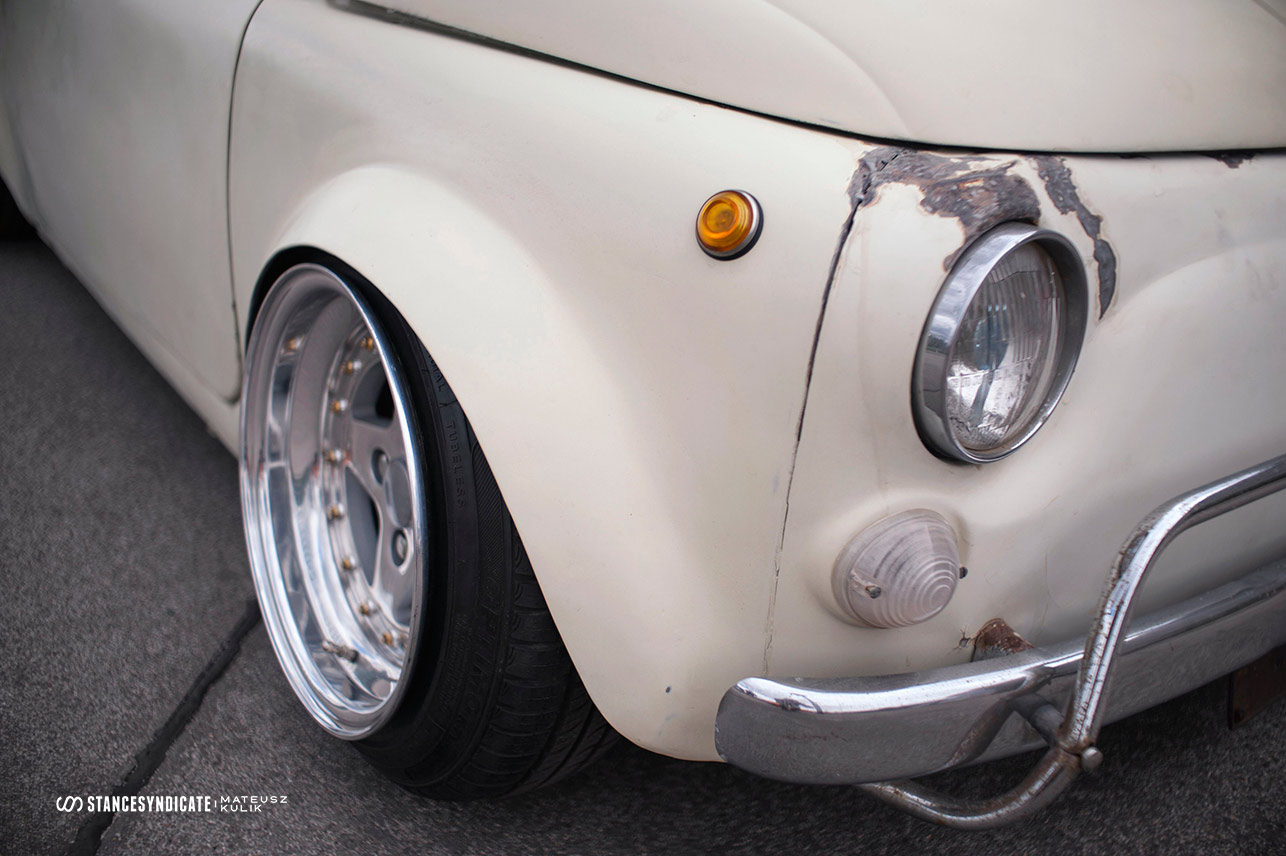 Each of us has a different style, taste and preferences. I like cars with passion invested into building them – not money and definitely not borrowed money to grow cock in social media. This build seemed like fun to me and although not perfect, this little Fiat has a soul and could no bother stand at Raceism The Event next to top Porsches on show, or a Ferrari Lusso, should there be one – at the end of the day this is a Fiat 500 Lusso! Very luscious for me! The No. 1! 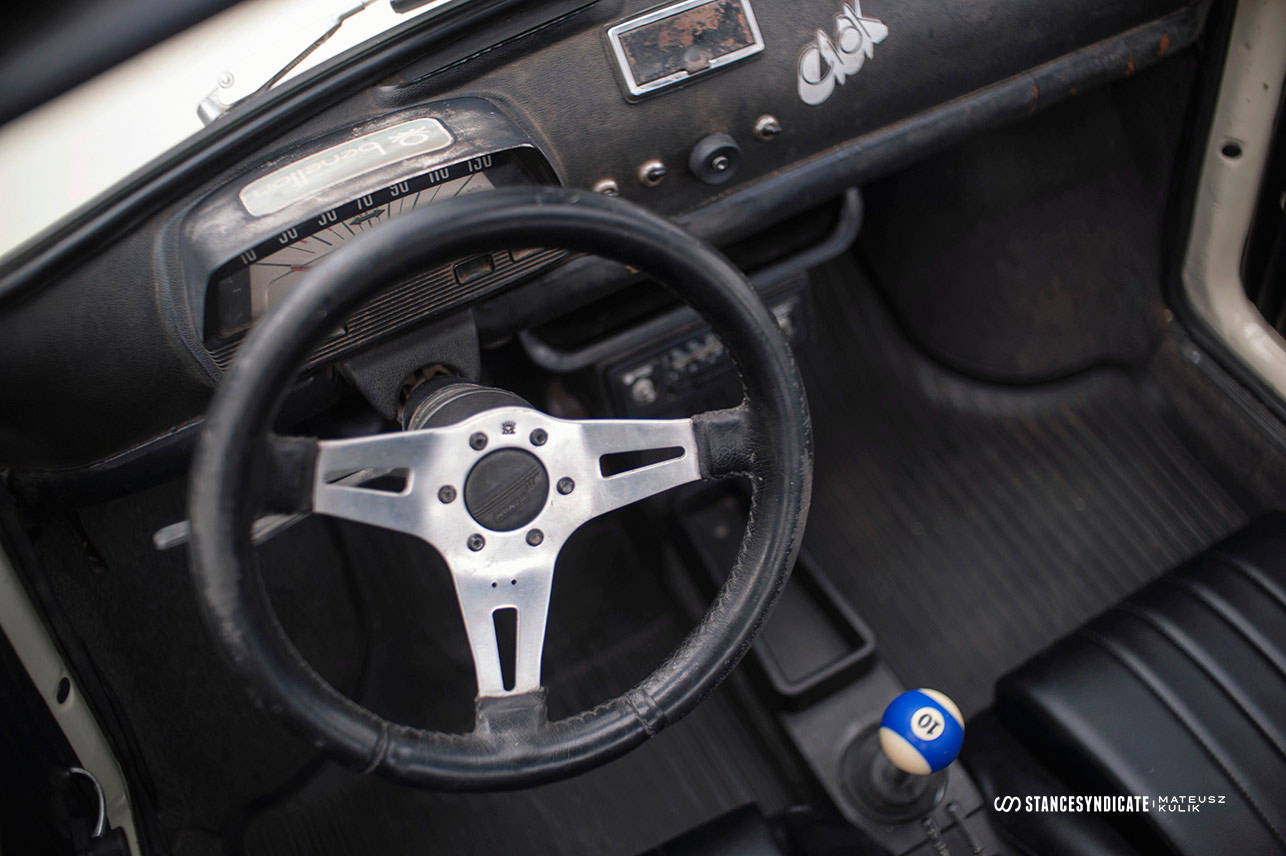 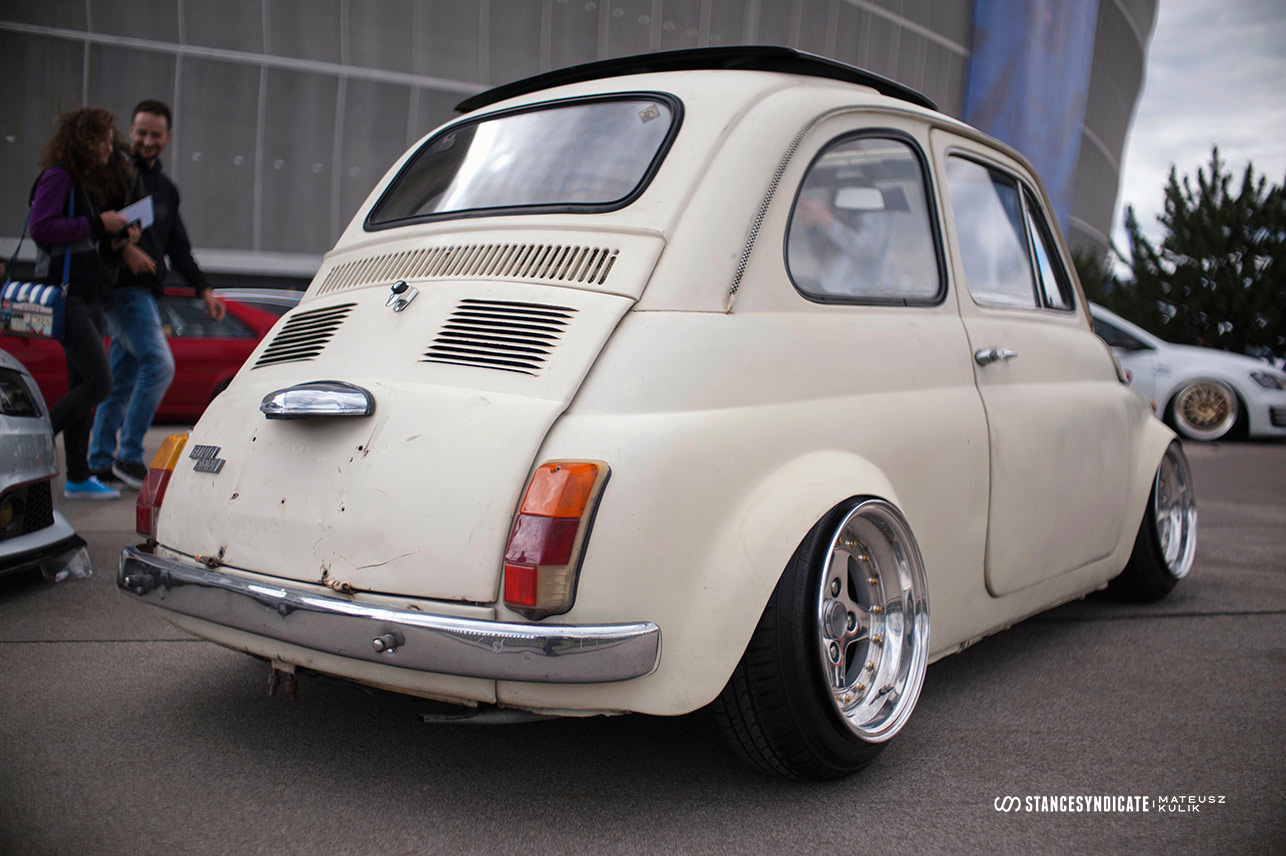 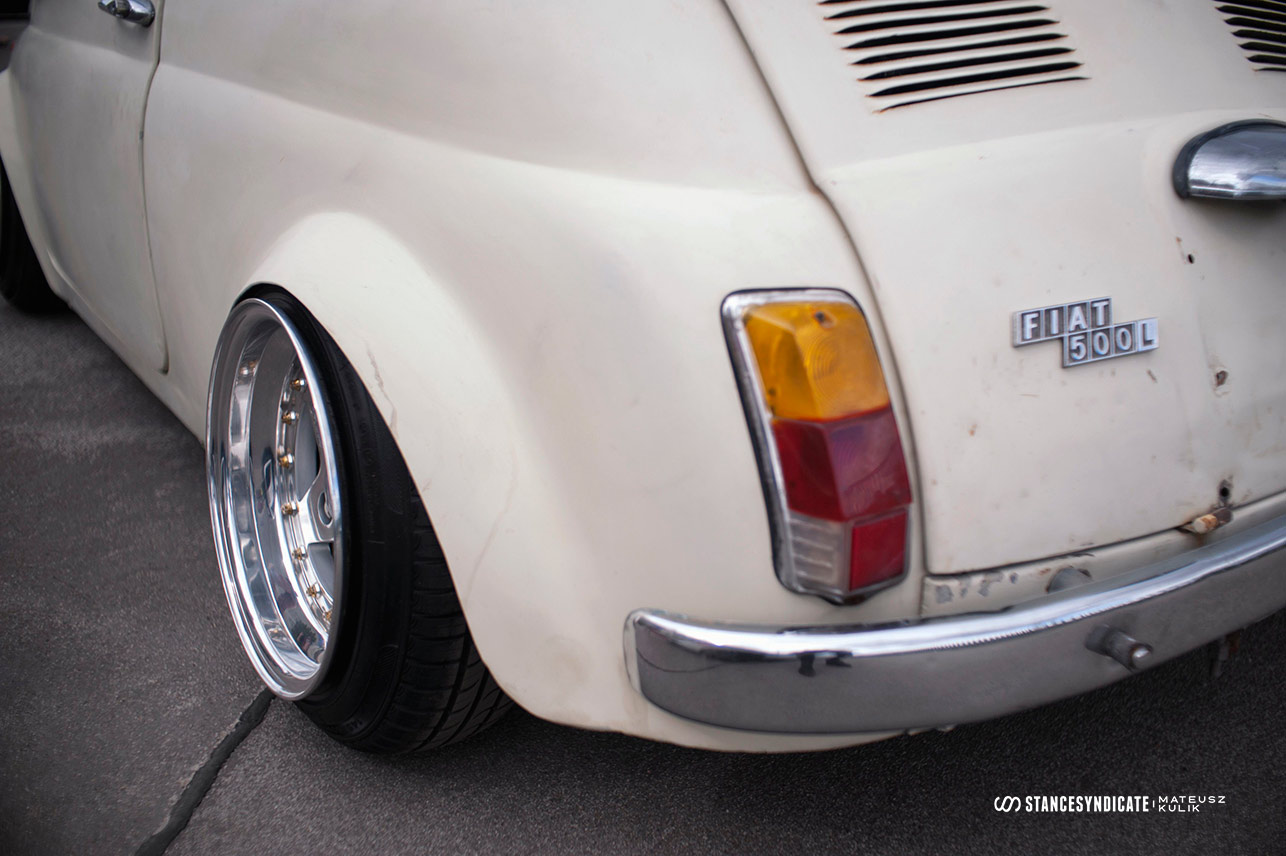 © Copyright 2018 Mateusz Kulik T/A StanceSyndicate & T/A ELF11 registered in the Republic of Ireland. All rights reserved. Text and photographs protected by copyrights and General Data Protection Regulation. Unauthorised use in print, online and in any other media prohibited. Violations will be pursued. Licensing available. For more info refer to the Copyright Statement.