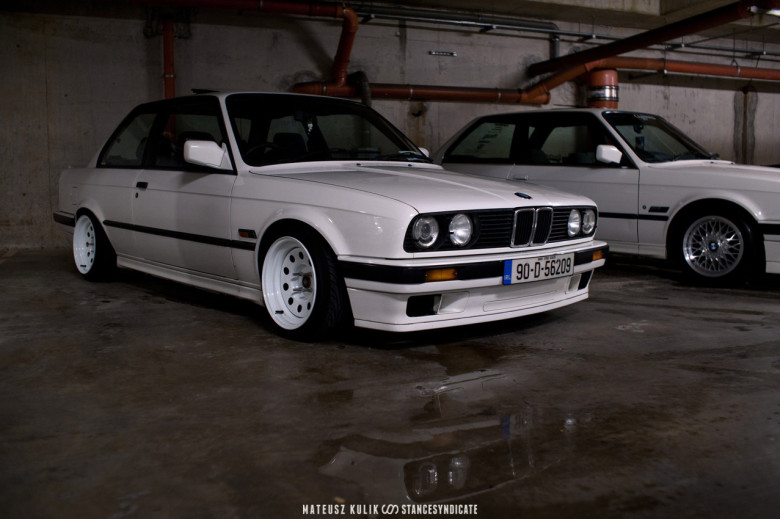 Last October, on the first Wednesday of the month a new tradition was born – Steecism, a new monthly meet up for car enthusiasts in Dublin area. After six months, having survived the stormy winter, this invite-only monthly gathering is growing strong and with spring just around the corner, it’s set for success. 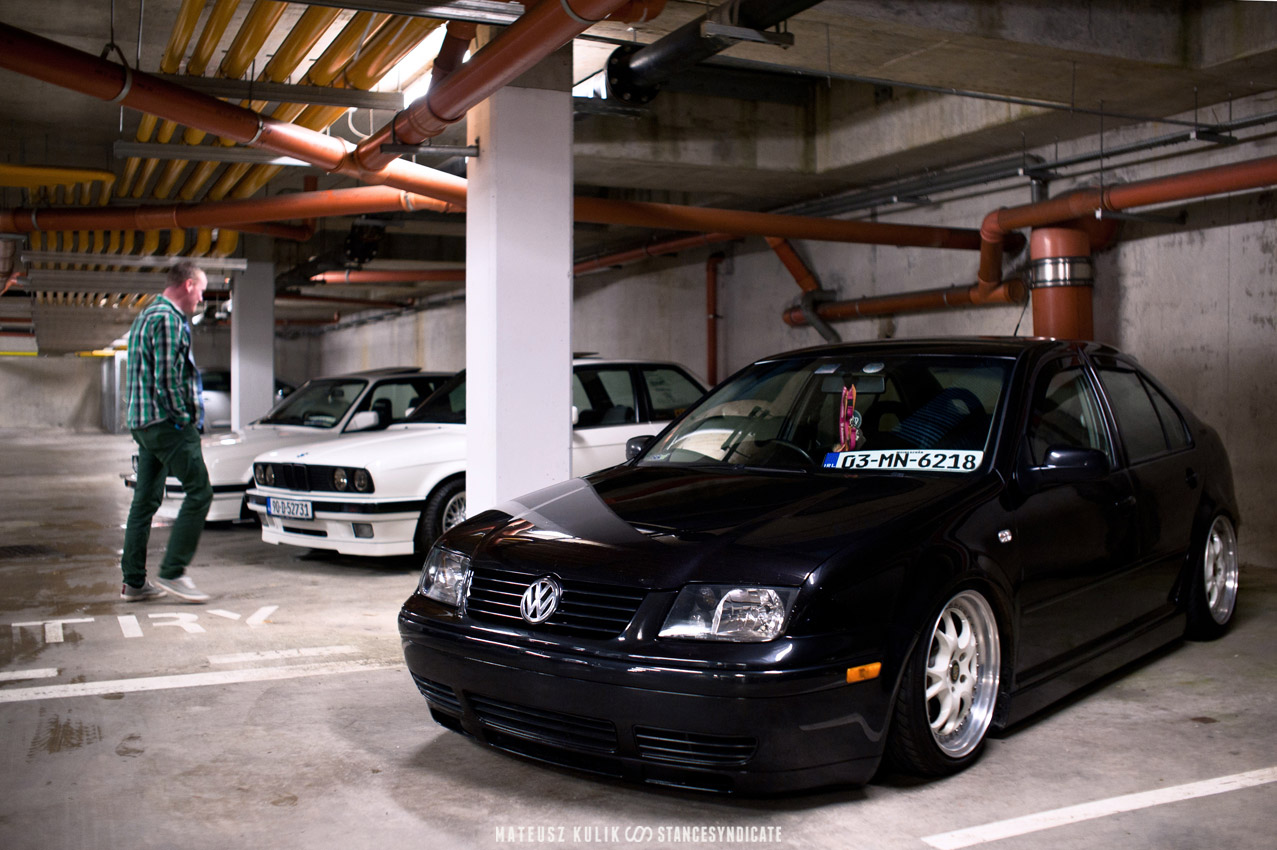 And, there there is no try, as Yoda used to say… 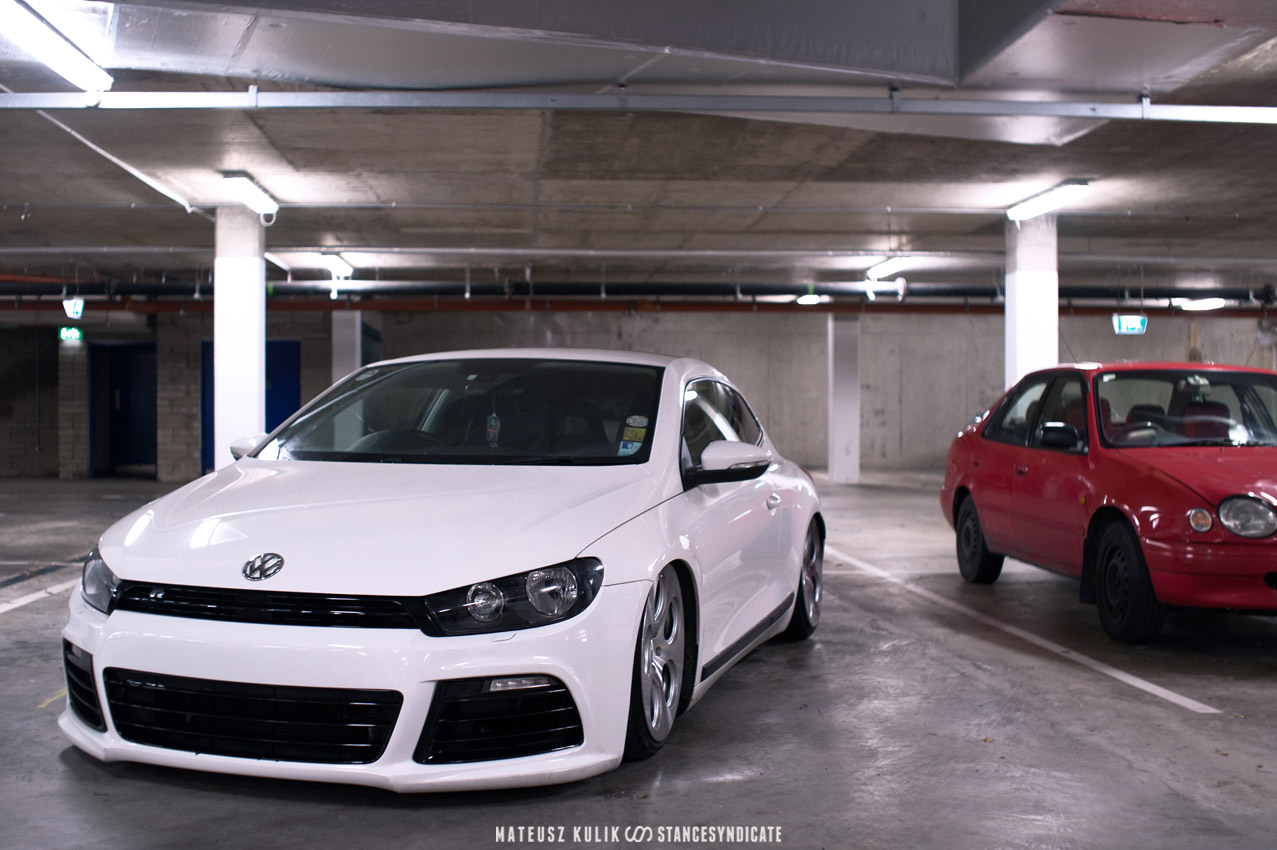 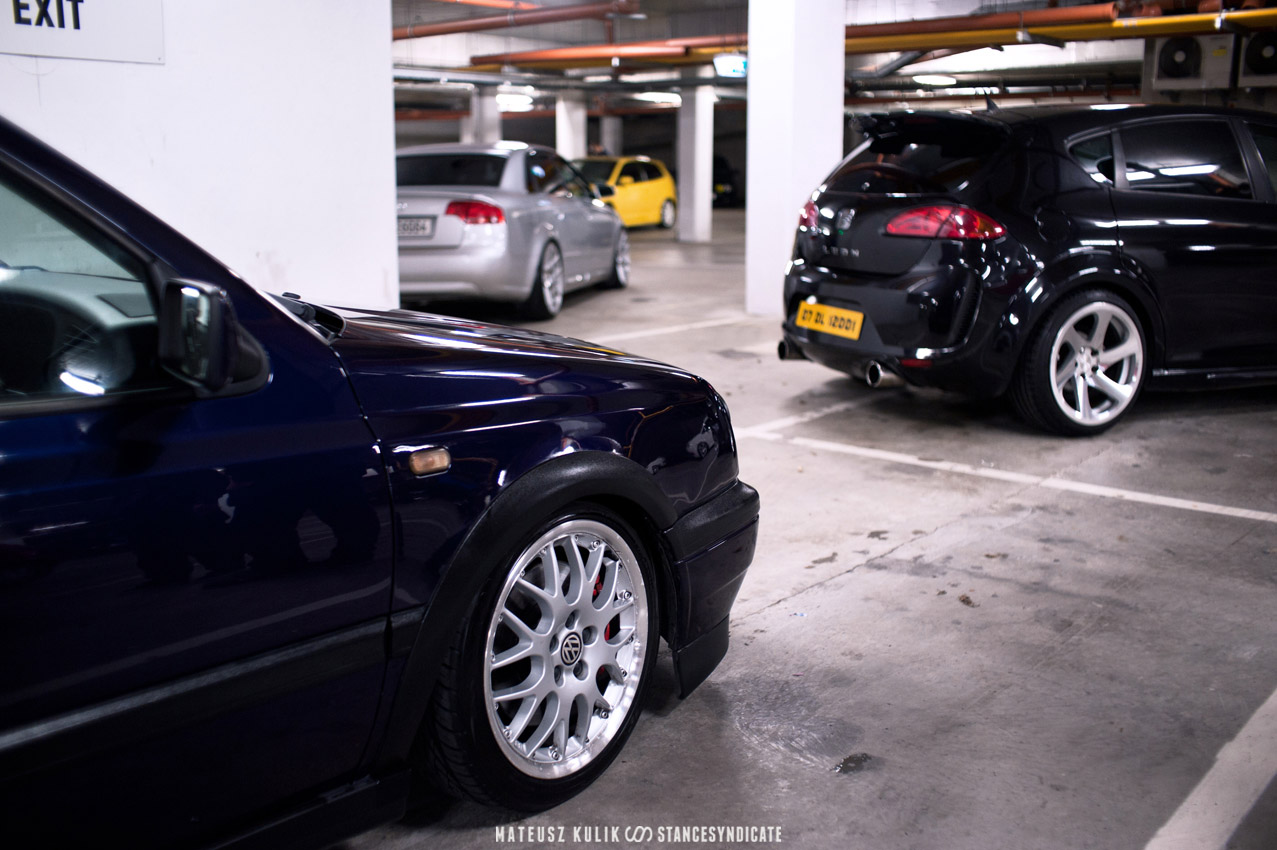 I have missed last month’s #Steecism5 at The Wright’s Venue in Swords due to a terrible illness which had immobilised me for that day – a flu, but I have also missed to post photos from #Steecism3 and #Steecism4 due to a very fast pacing 2.0 16v year… going fast, spitting flames, I think this thing is turbo’d… it’s going to be a mad year! 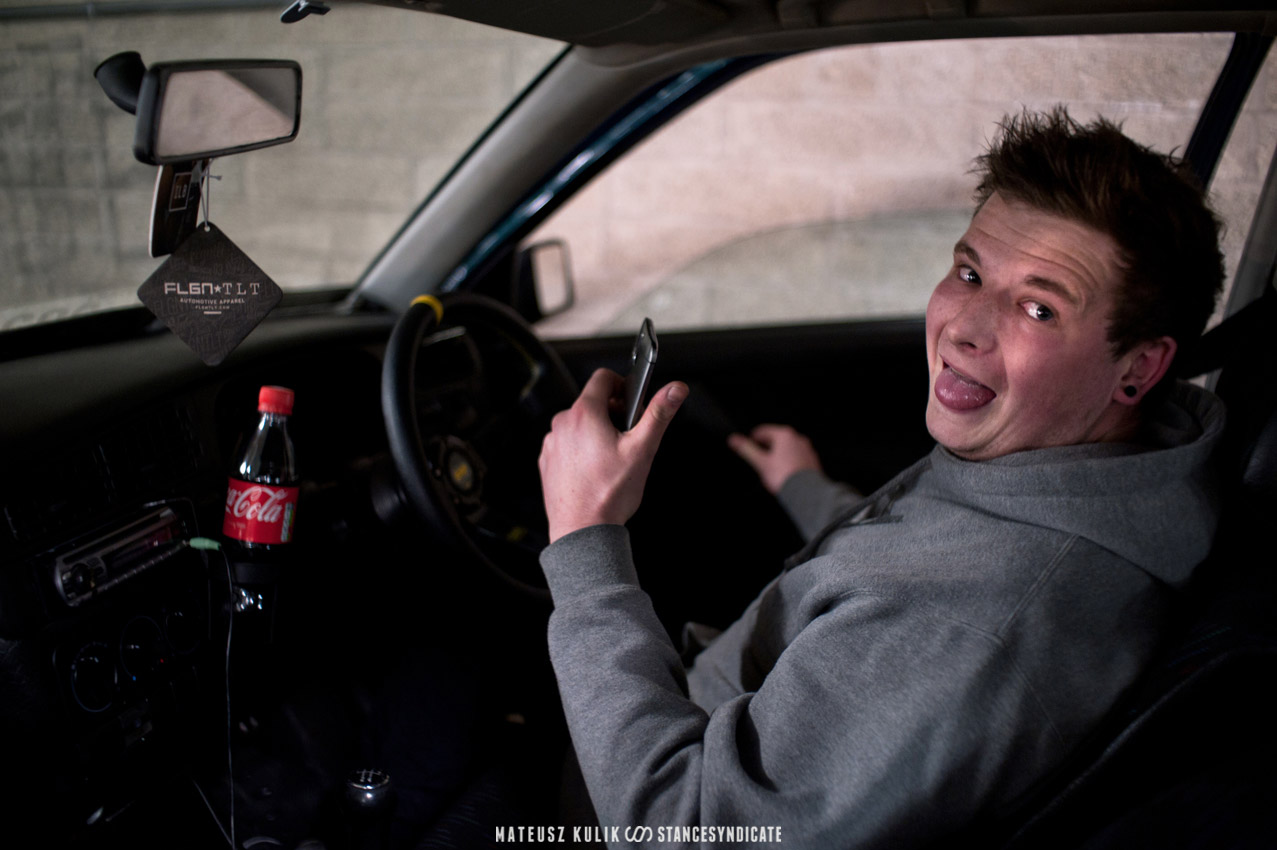 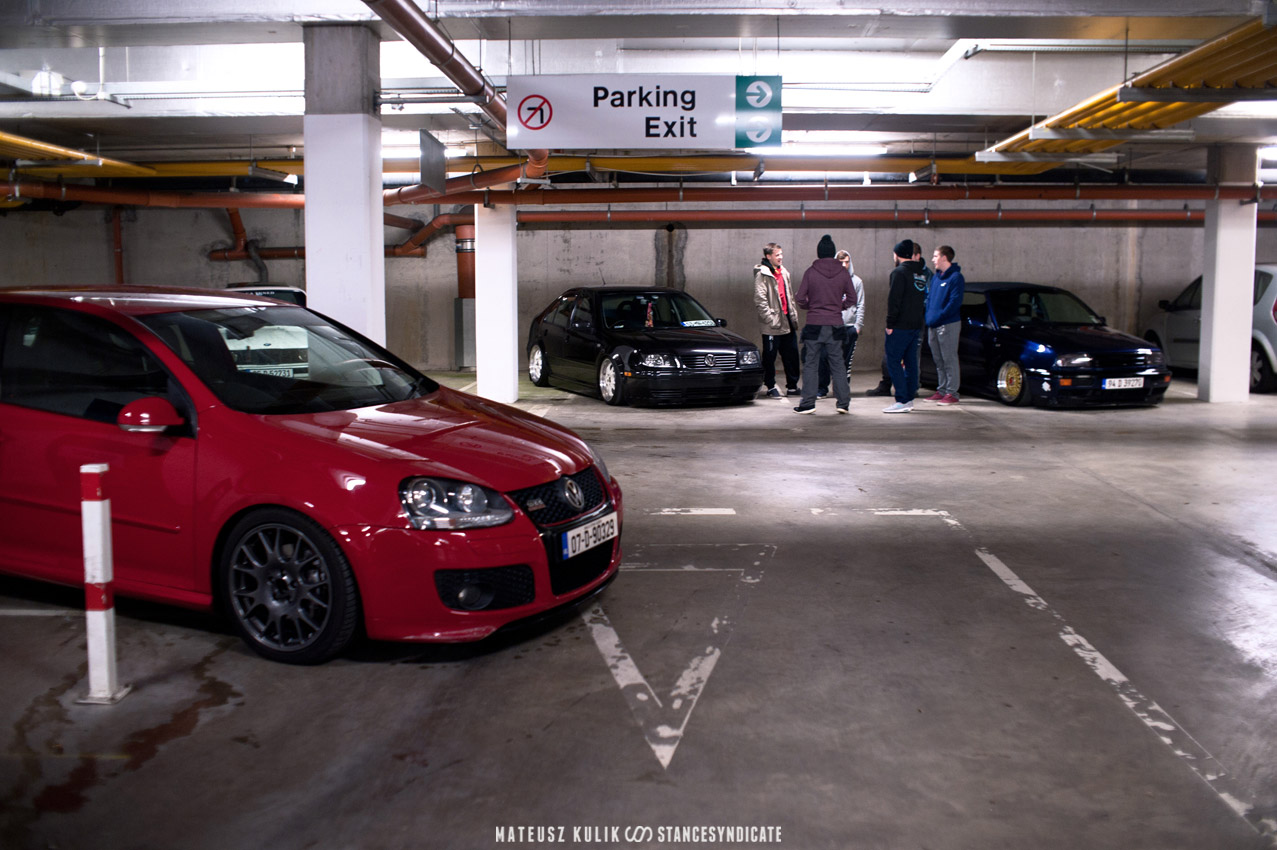 Meanwhile, last year for #Steecism3 we have got together at The Wright’s Venue underground car park for the end of the year meet-up, not the new year’s party though I’ve heard that parties there are quite good and attended by good looking women too. 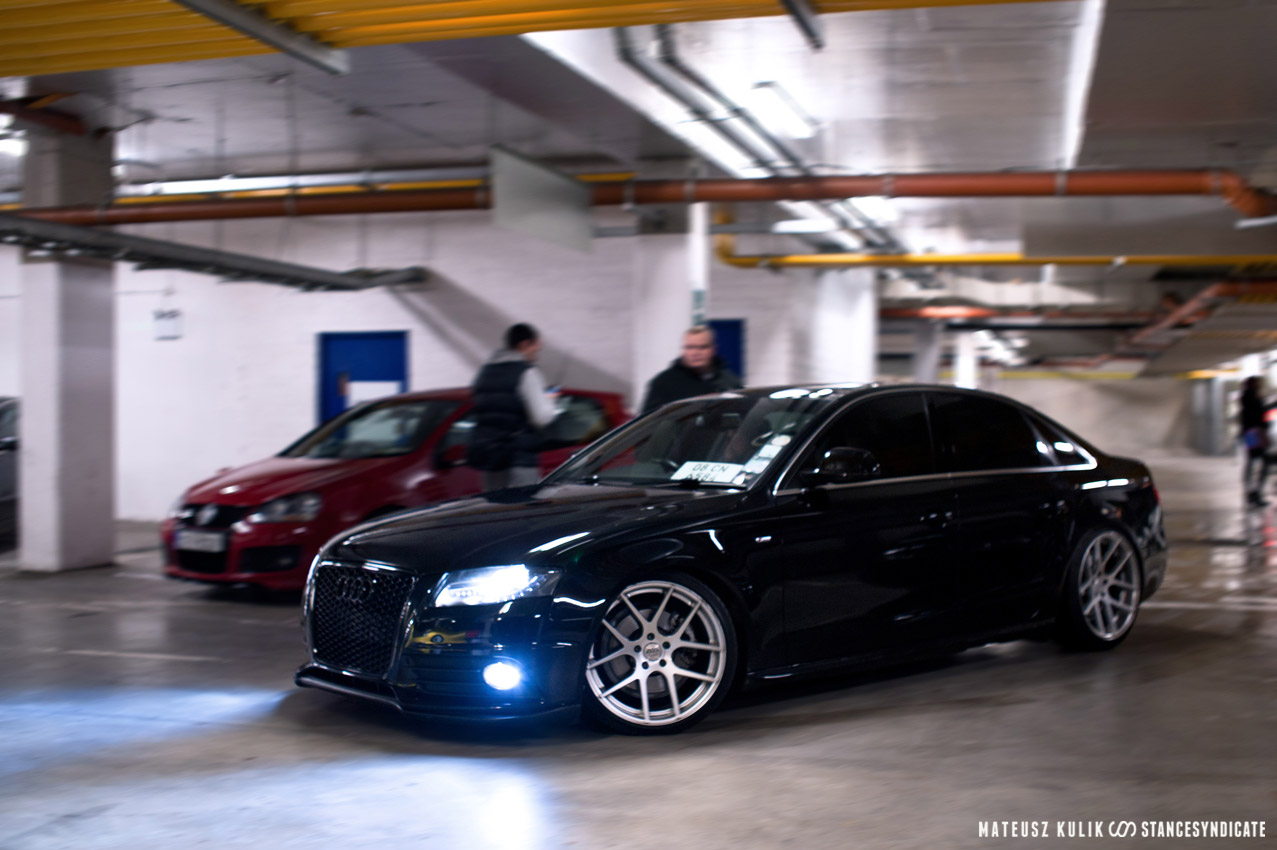 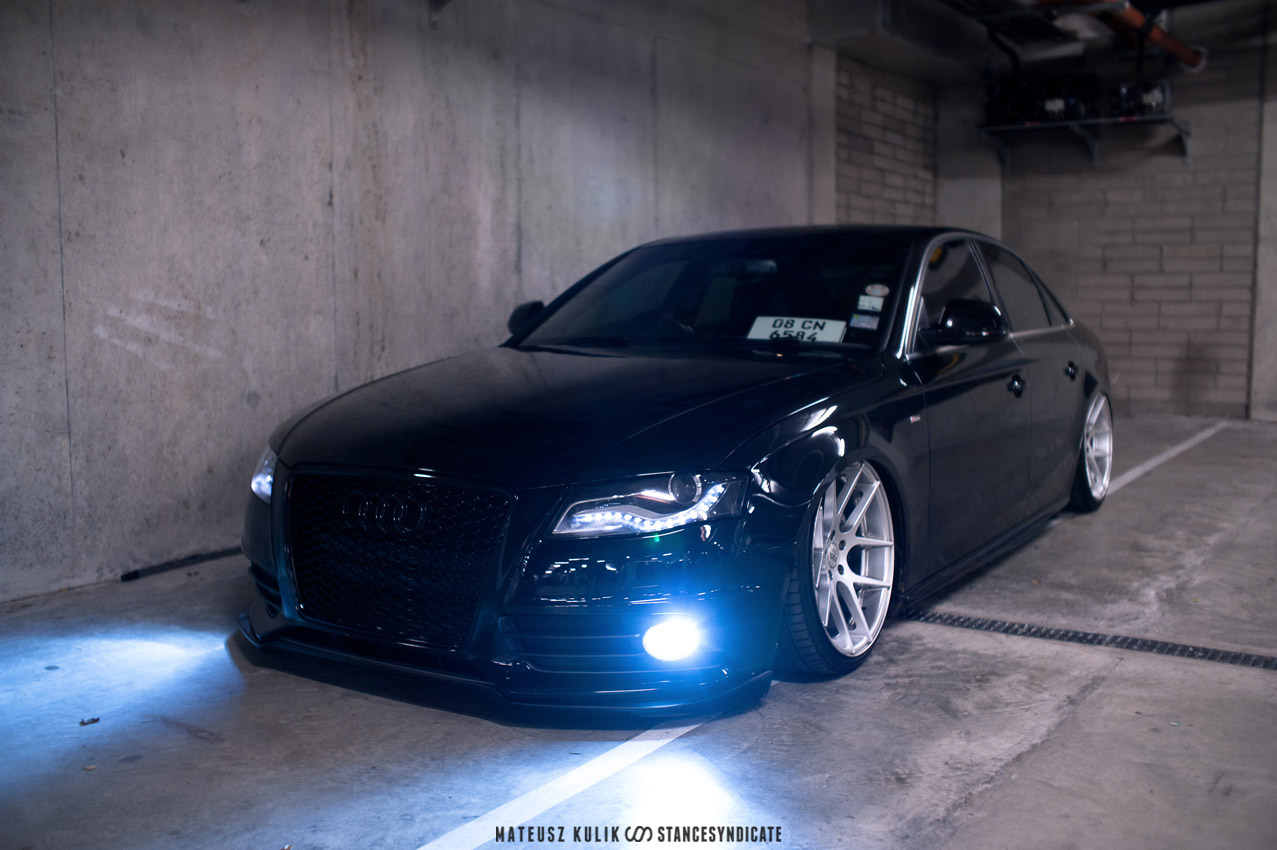 Well, not this time. Hard to expect that from a rather blokes dominated hobby. Anyway, we’ve got a nice selection of some cool cars instead like Stephen’s fresh purchase of the time – a bagged Audi A4, which I believe is going to end up as an another show stopper, like Stephen’s any other previous build… we’ll find out next month at Dubshed in Belfast! 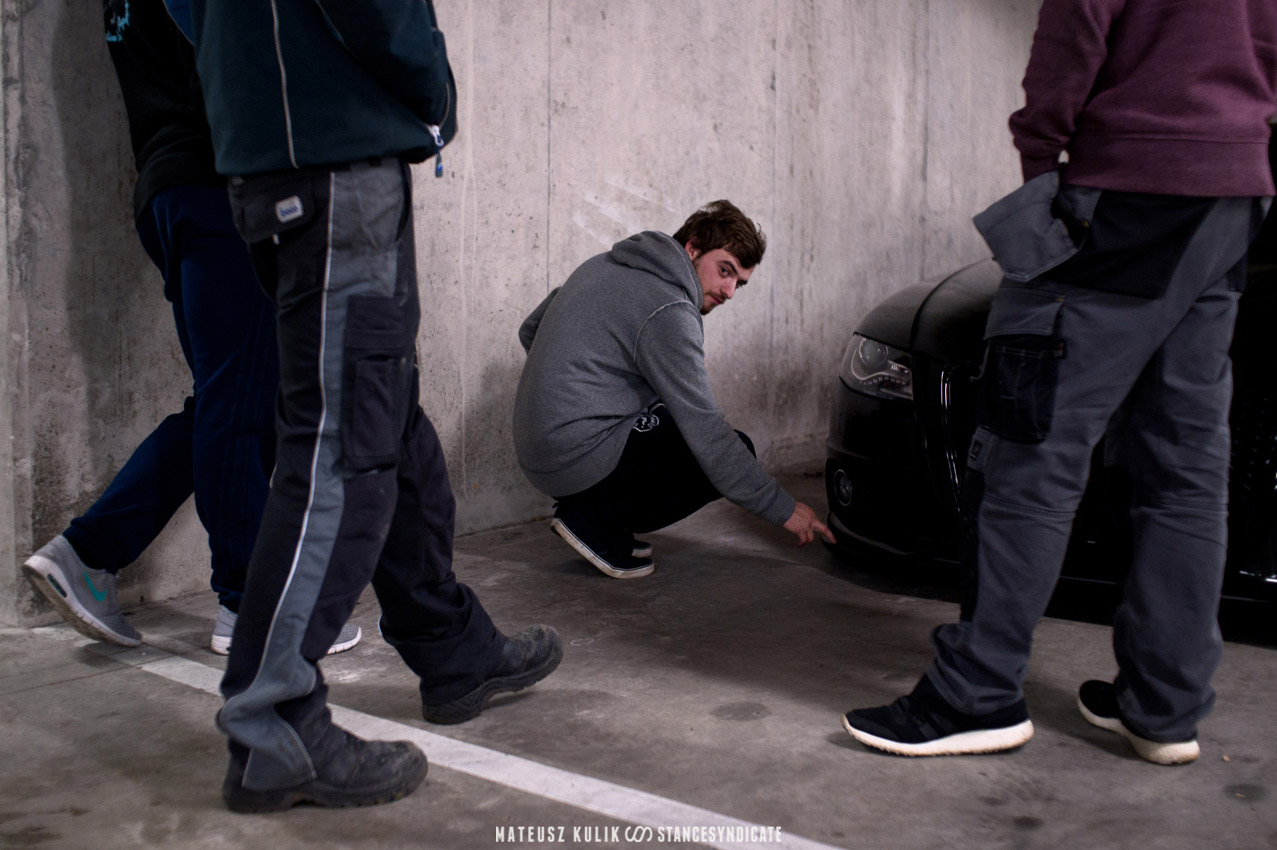 What we know for sure, she’s low. 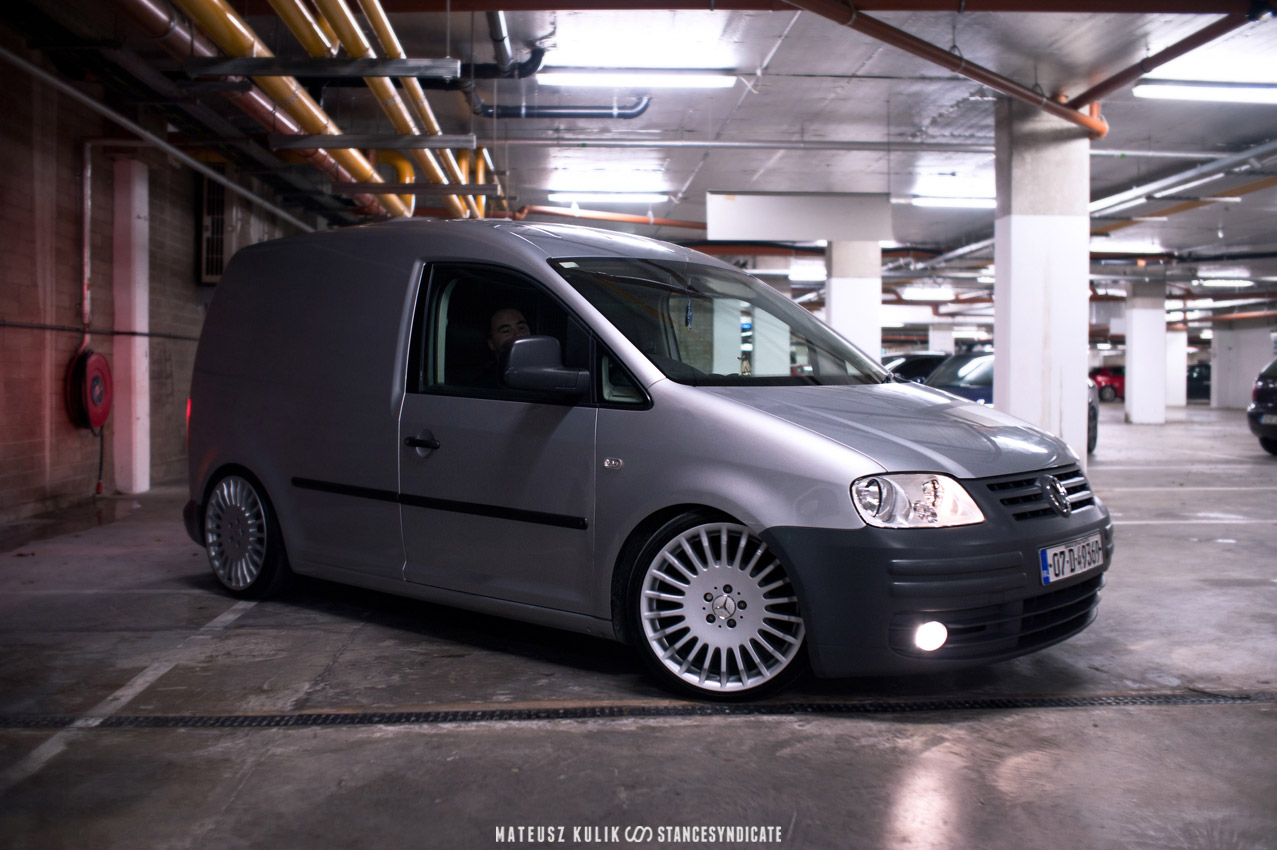 If the lows are the key to success, the wheels are the keyring. For a short while Paddy had a very nice Caddy when for #Steecism3 he dressed it in Stee’s OEM Mercedes wheels off his Audi S4. 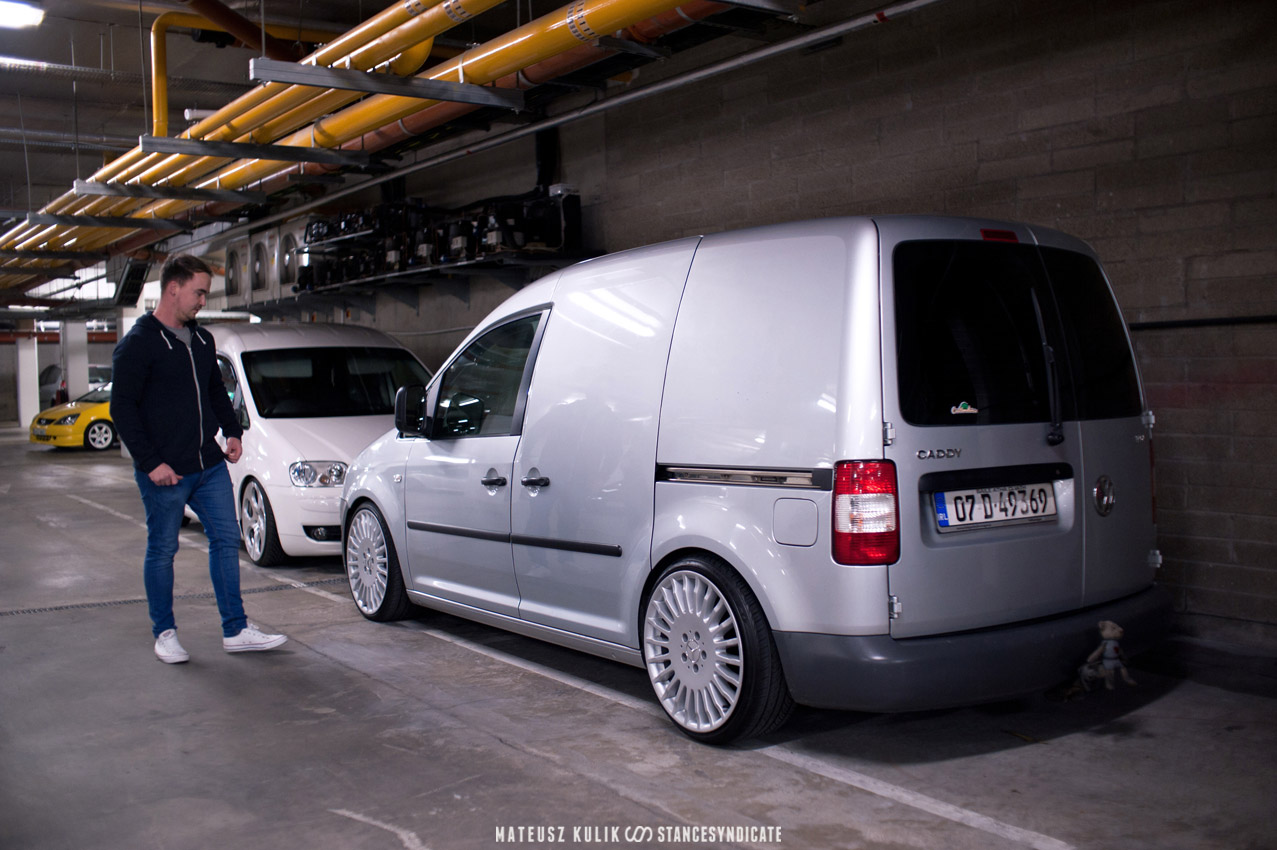 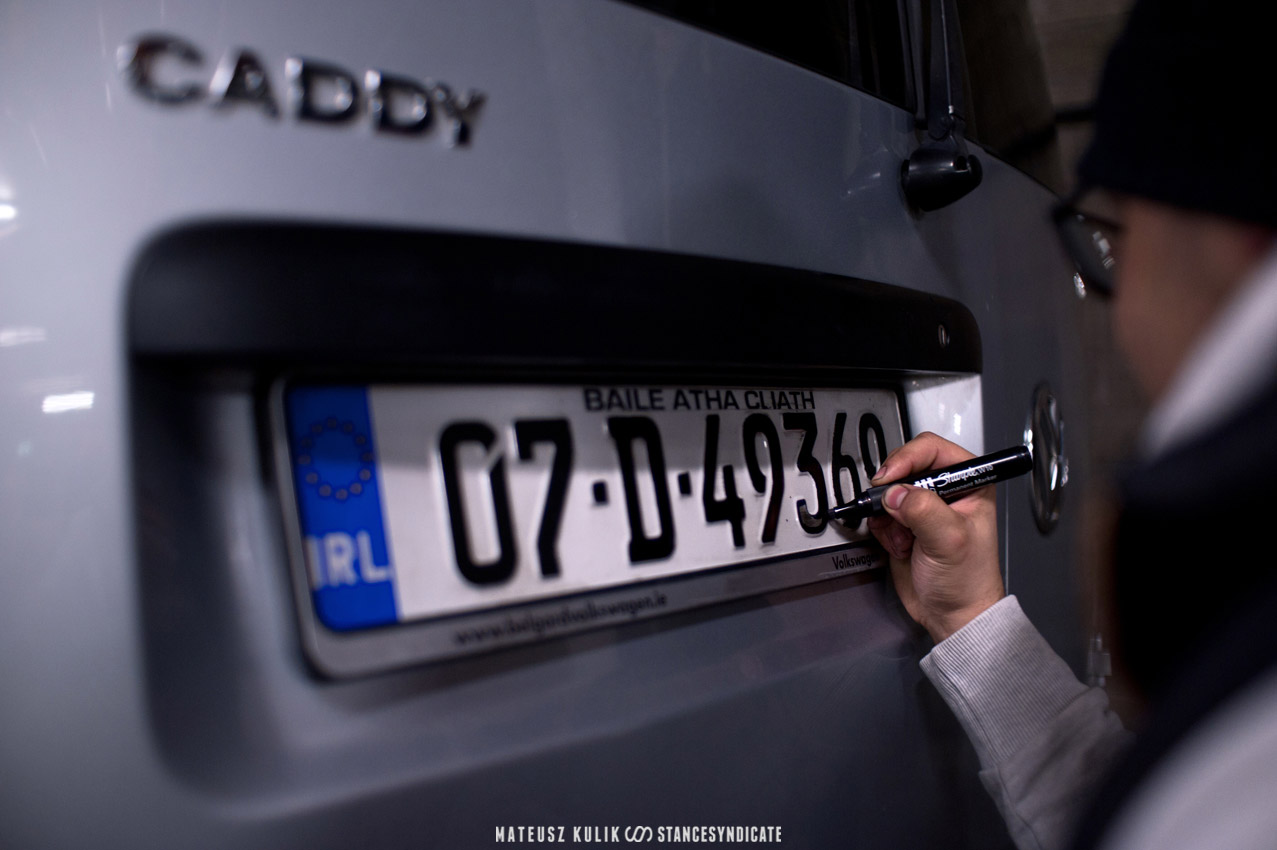 We’ve a great community here, though Paddy is a painter, he needed some help touching-up his rear number plate. The shoemaker’s children are ill-shod, they say, so Edi volunteered to do the last mod of 2015. 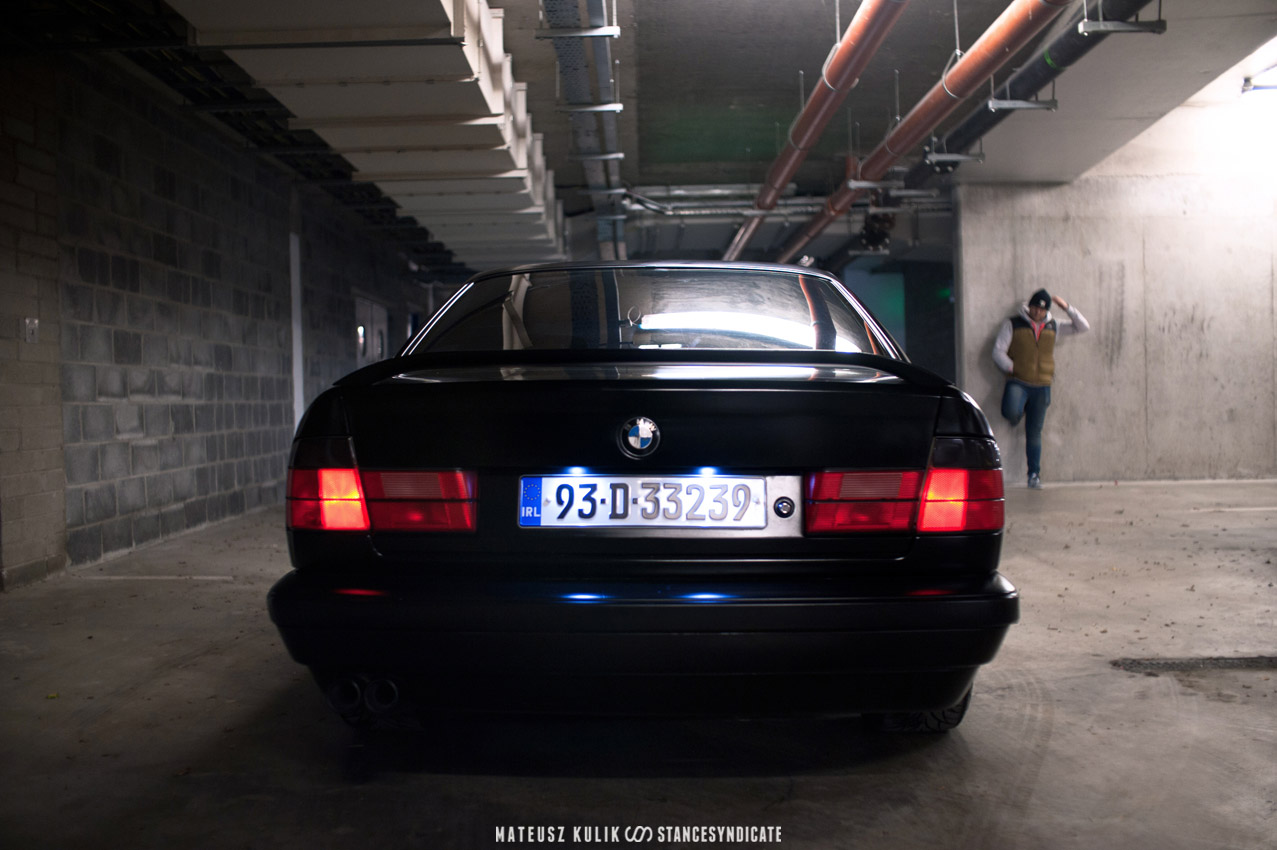 It was a good year, though a bit weird at times. It started with birth of Steecism in January, when of the guys, Seán, reacted to lots of Stee on StanceSyndicate’s Facebook calling it Steecism. At the time his Japanese import, white VW Golf Mk3 GTI 2.0 16v was one of the nicest and definitely the lowest daily driven cars on BBS RS’ in Ireland. Mad, static! Thus, indeed there was lots of photos of this sump-busting, gets-stuck-everywhere Mk3 online, we’ve even made a short video #BounceyBounceyBouncey 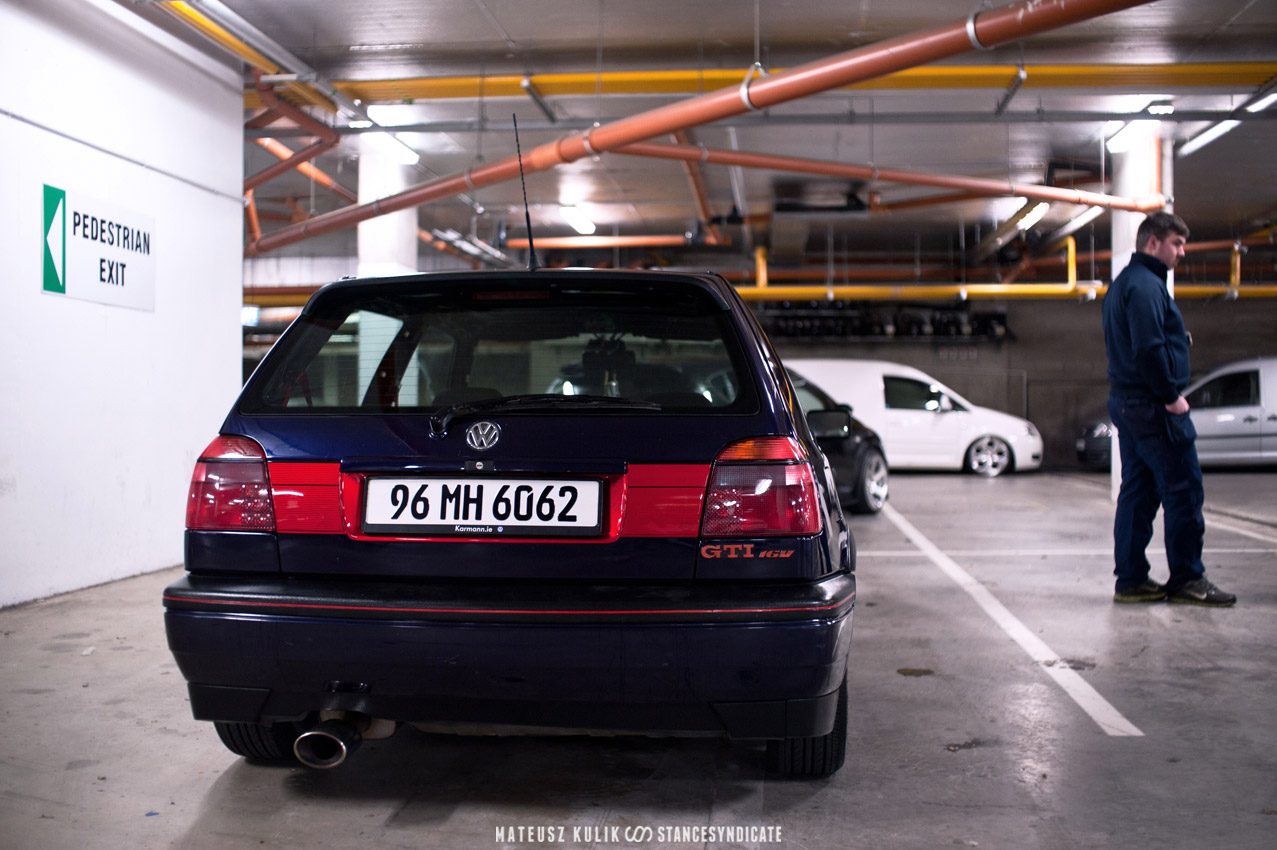 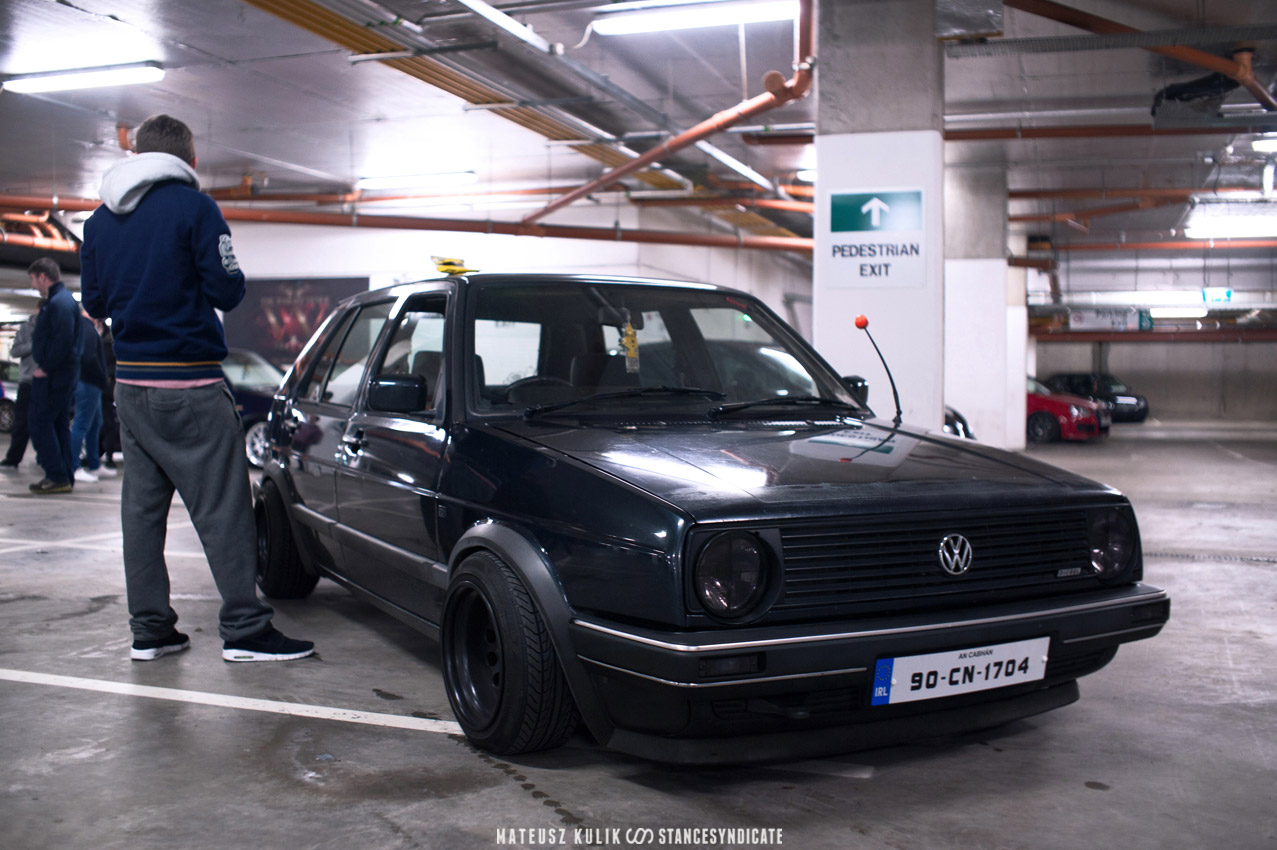 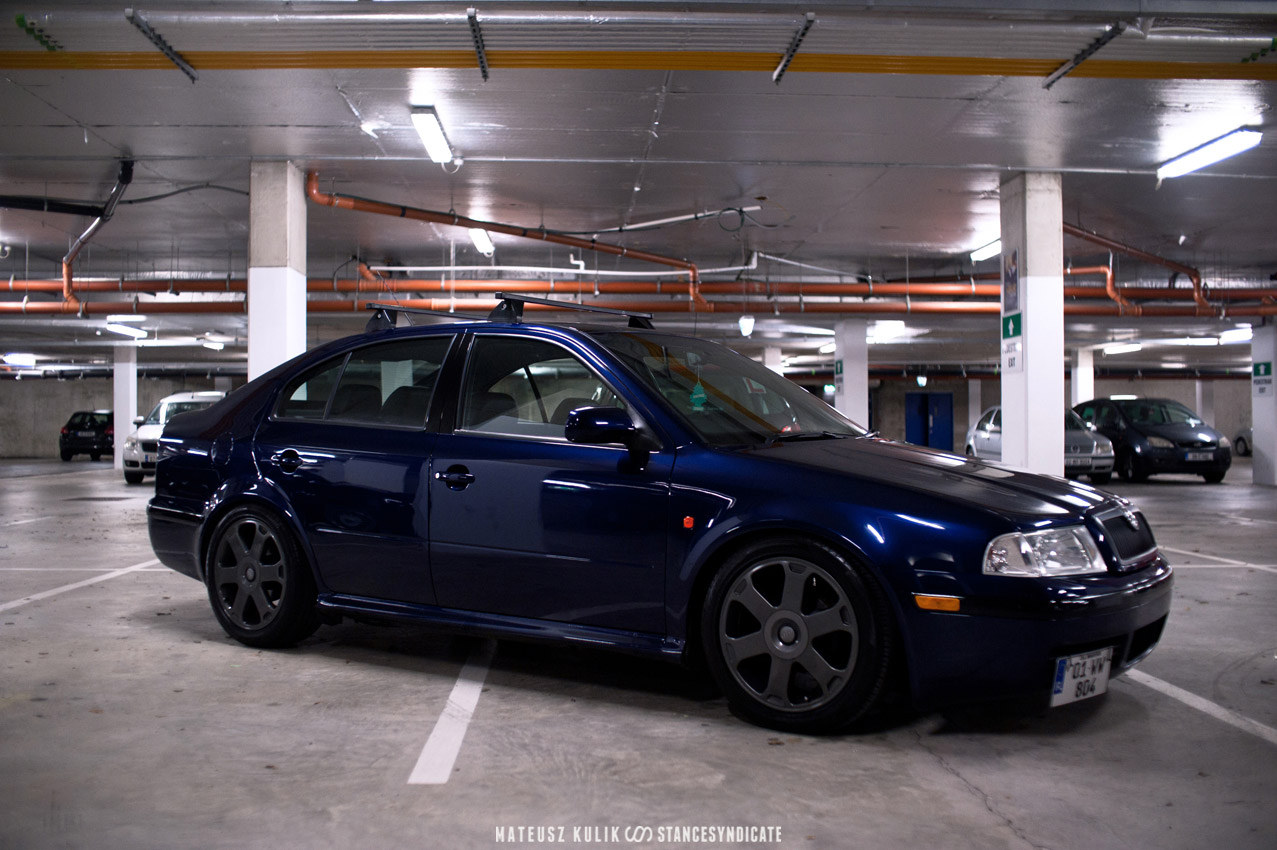 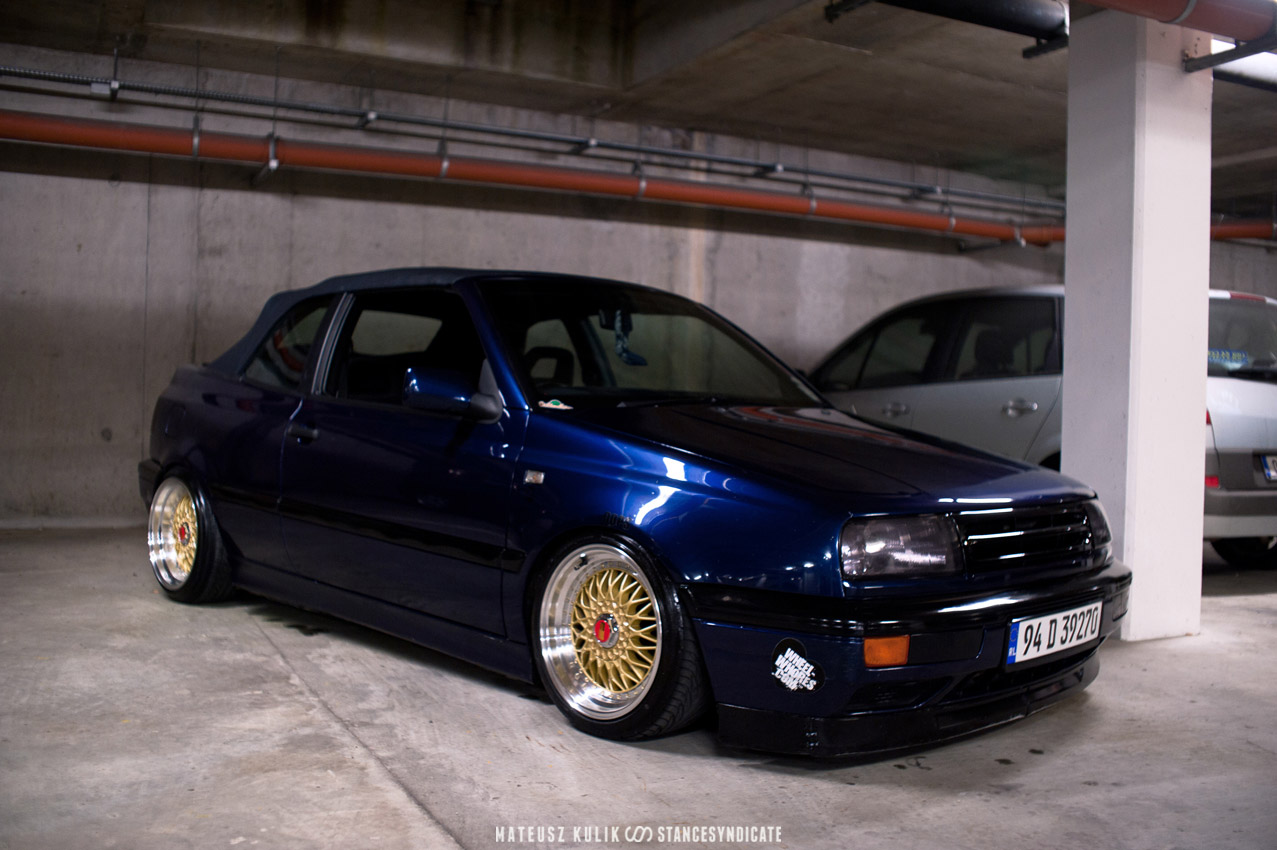 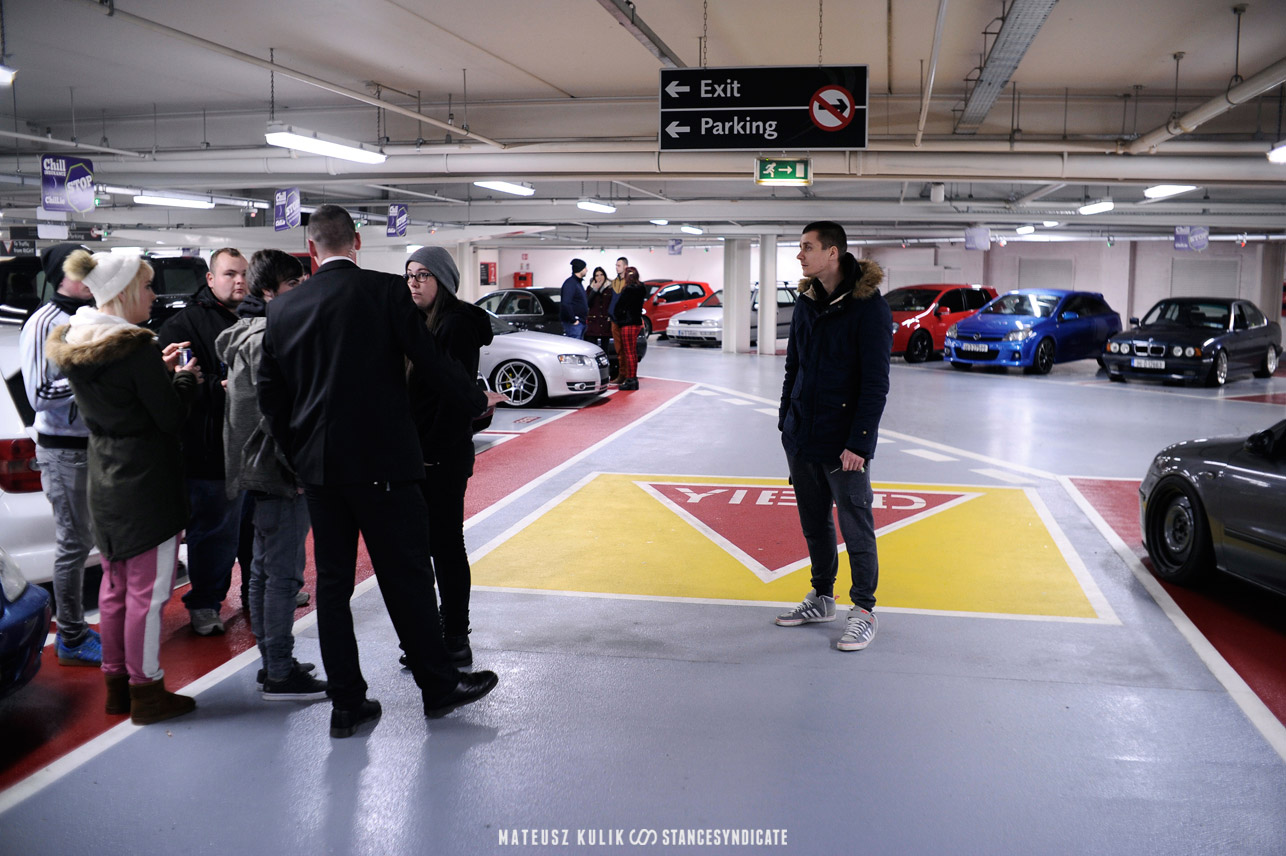 Year after the name was born we have met for the fourth Steecism and the very first one of the year 2016 and this time we have met in south Dublin in the Dundrum Shopping Centre underground car park. 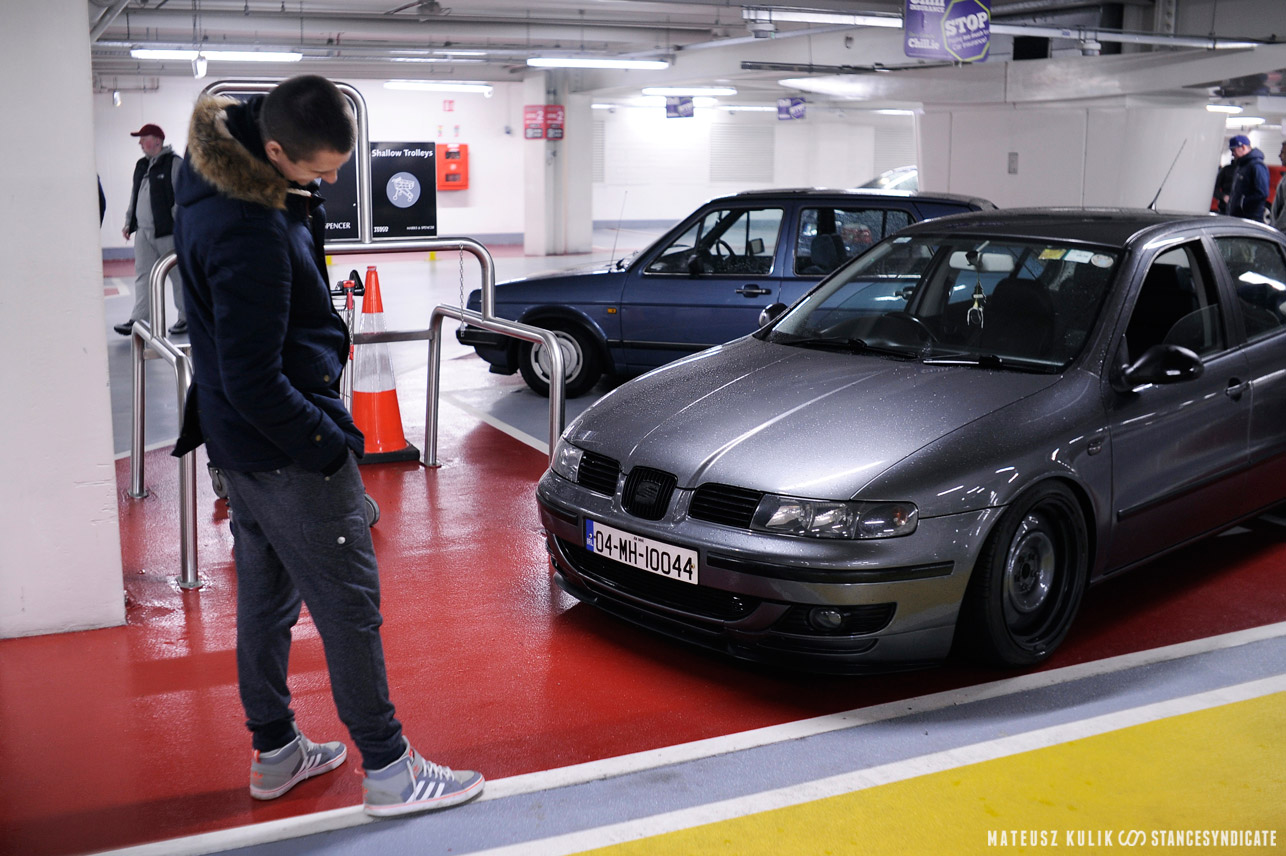 These underground car parks help our little underground society survive the cold and stormy winter without the need to hibernate. They give us a shelter from the seemingly never stopping high winds and storms which begun with Storm Abigail at the time of #Steecism2. Shortly after, another storms joined the party – Barney, Clodagh, Desmond, Eva and then Frank also came for Christmas, of course bringing us no white but lots of wet. 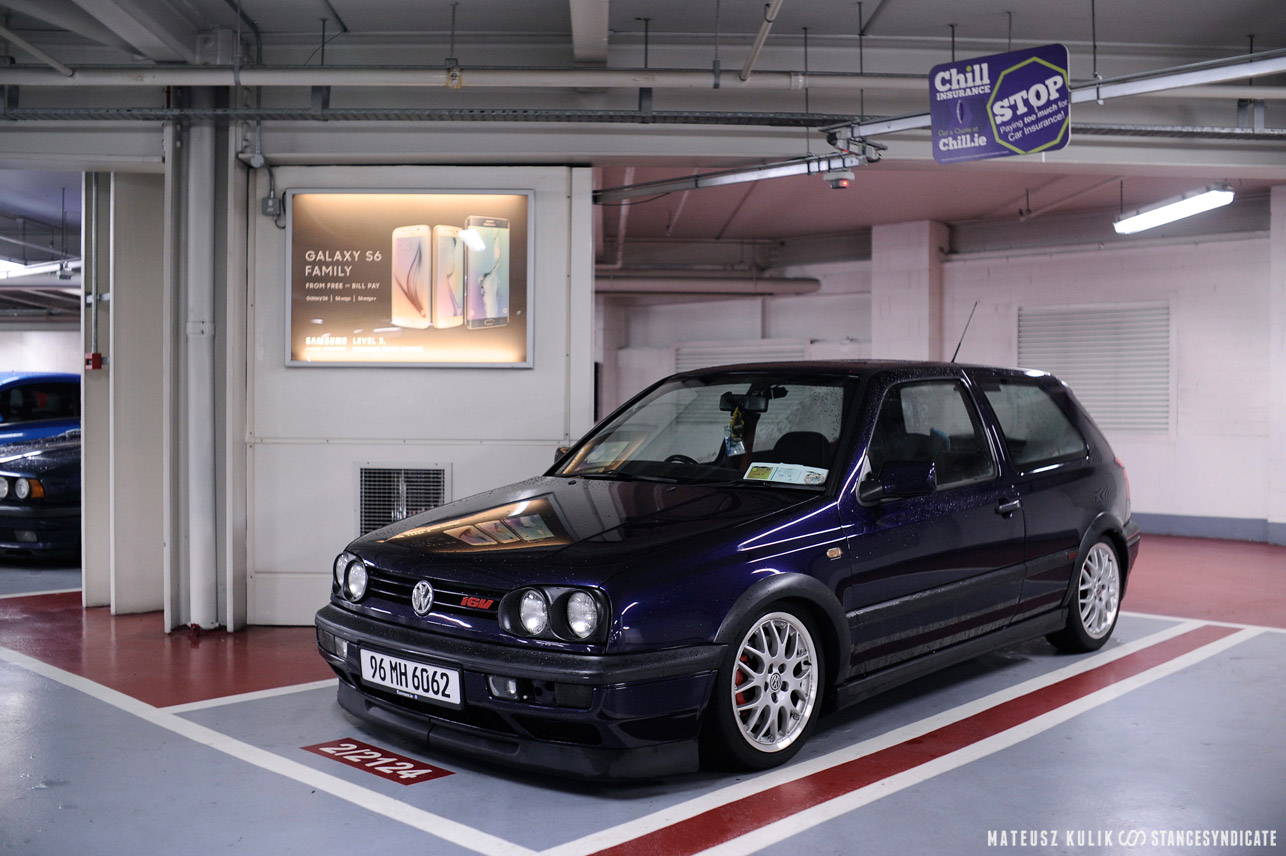 But this wasn’t the end, we have also got Henry, not the hoover as well as Imogen recently. Now Met Office says that Jake is on the way. It’s a joke. It may snow… bring it on. The Irish weather – 4 seasons in 15 minutes. 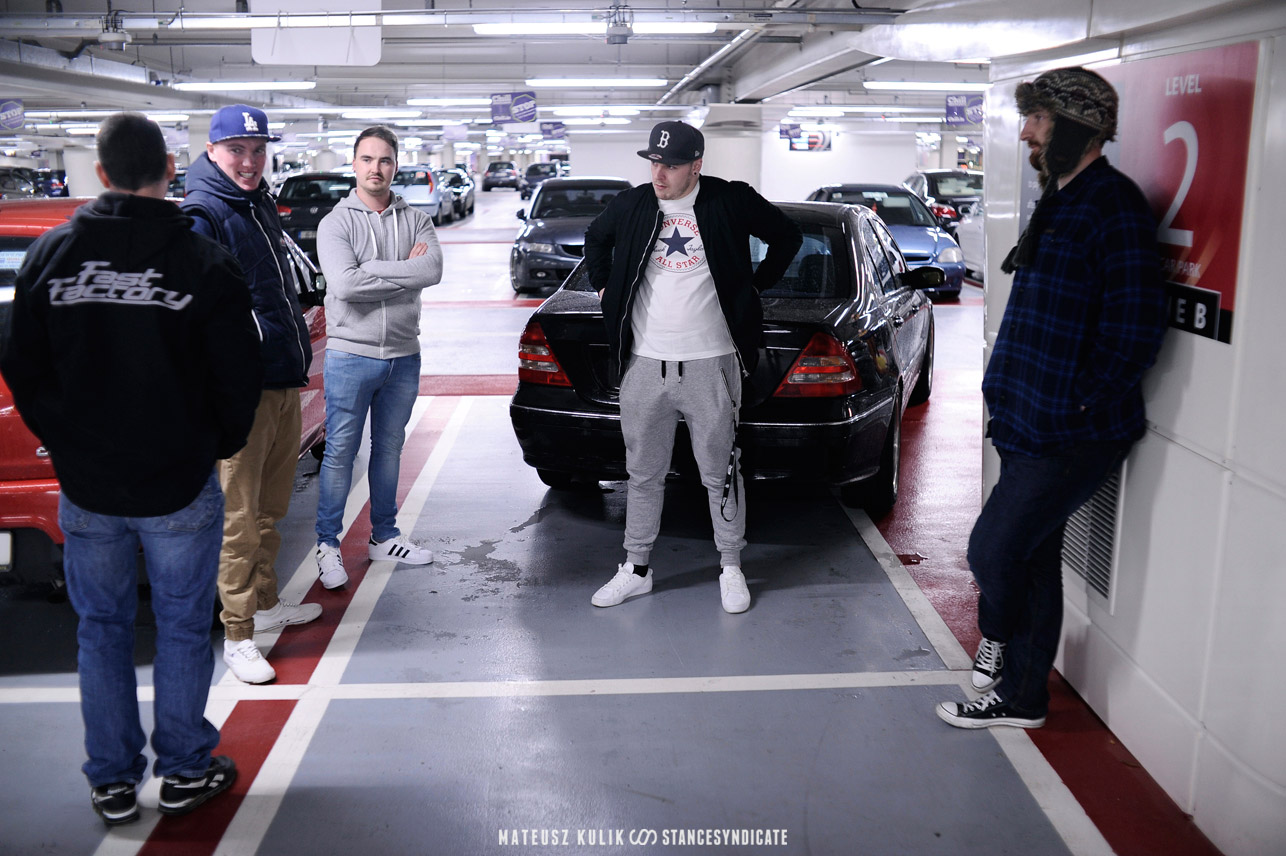 Not a bother to us since we have so many underground and multi-storey car parks around. The last monthly Steecism I have attended, the number 4 in Dundrum, turned out very well and was a good start into the year. 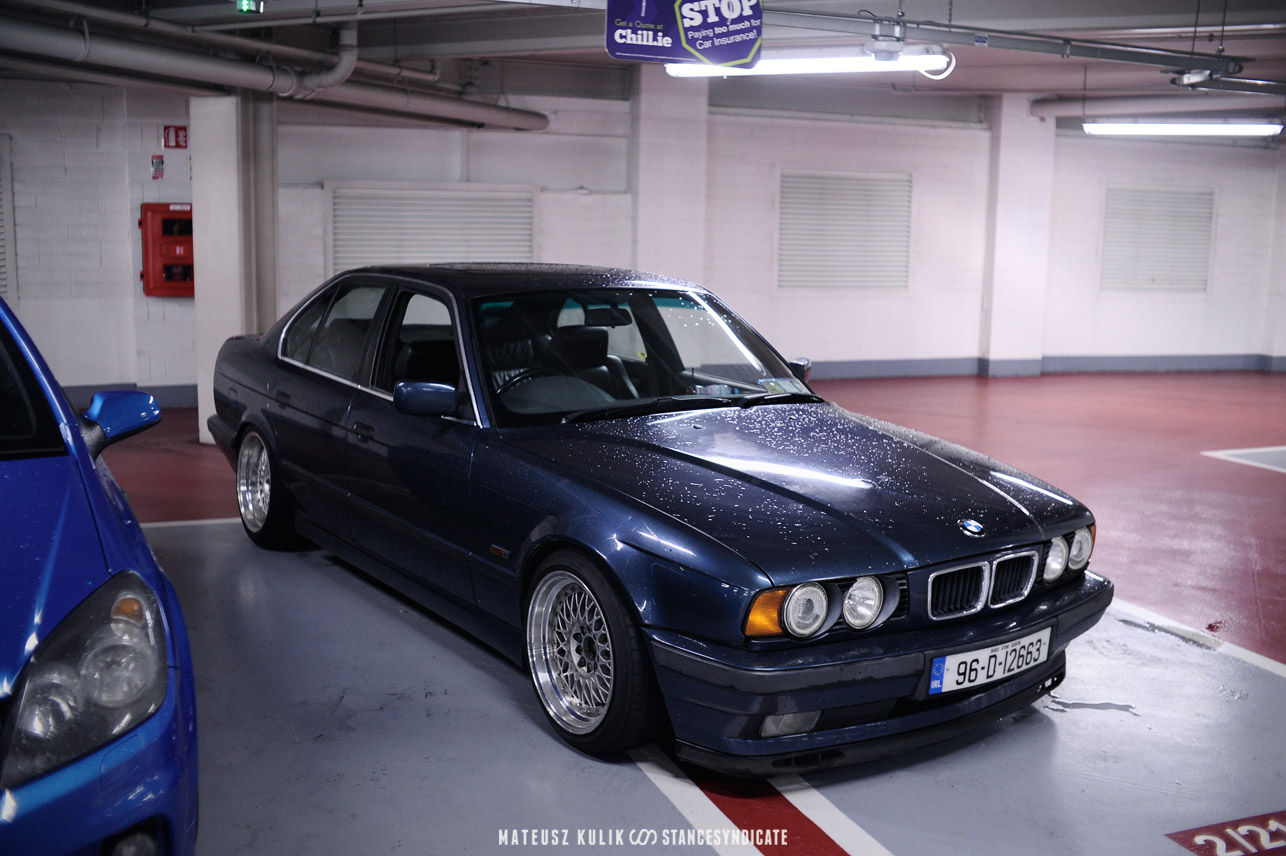 The location is really nice, it doesn’t rain here, and we have got a few nice cars too. Keith has brought over his BMW E34 and though it’s not as low as Tigger likes the most, yet, it has some potential and I look forward to seeing it at many shows this year.

By shows I mean events like GTINI’s Dubshed in Belfast – which this year for the first time in its history is going to be an open-manufacture show, just like our fresh all makes indoor car shoow – xPOSED which I am co-organising with Raceism United. 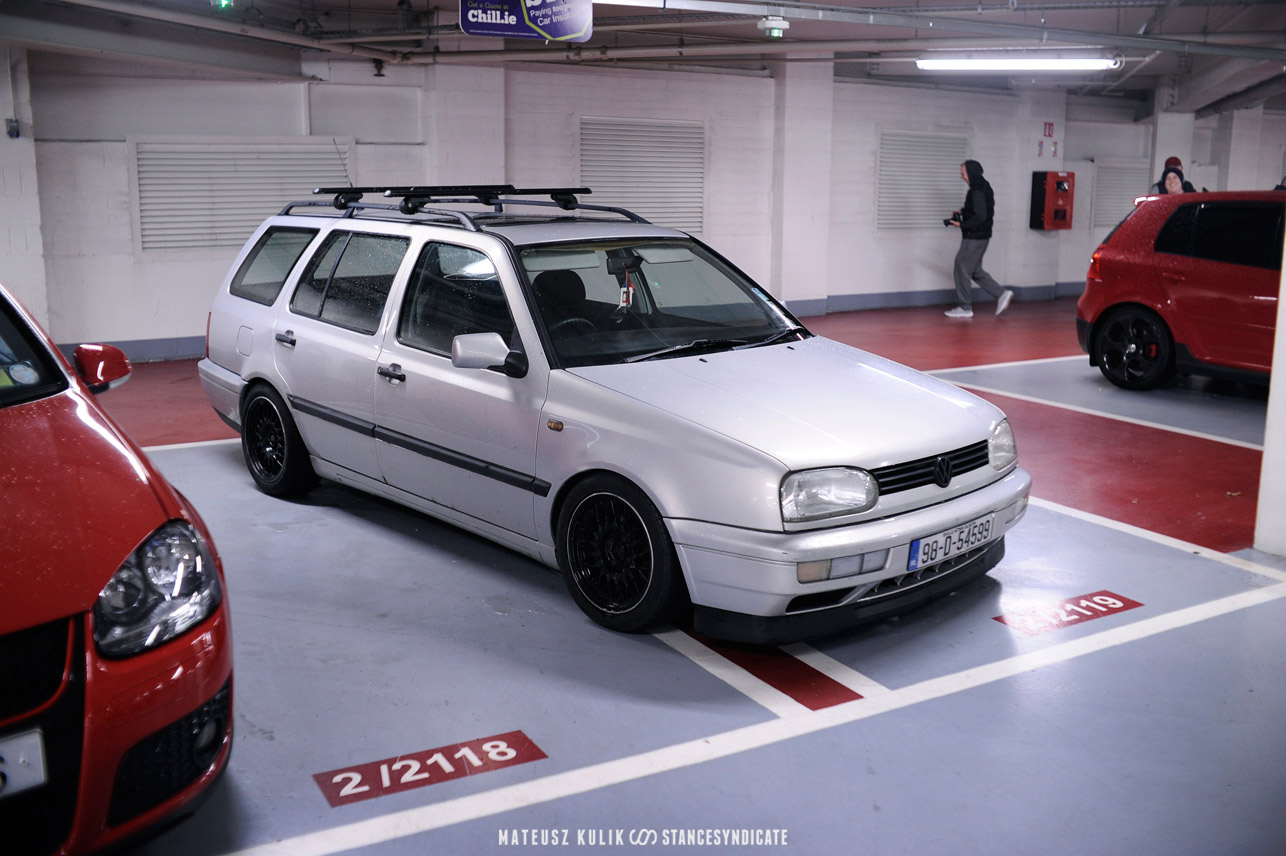 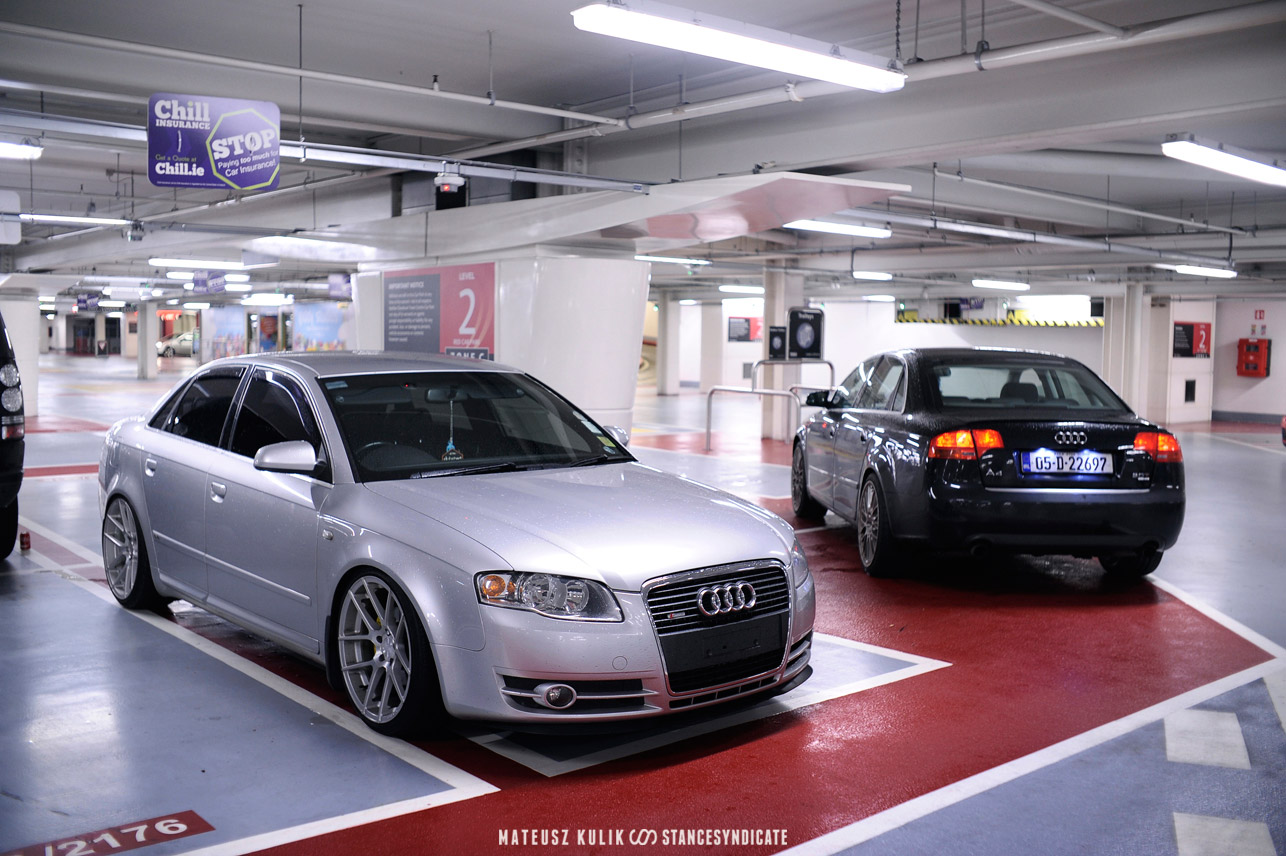 This year is going to be full of awesome shows, great builds and lots of fun. Together with Stee we were planning to host a bonus stage of #Steecism, a special season opener, an invite-only indoor mini-show for all makes but unfortunately, the greedy people of the corporate world, sitting over a fancy desk in their cheap suit, told us to “feck off” – though their premise is sitting unused, yet our mini-show, or just gathering, could’ve had generated interest in their business. Long story. Short minds. Anyway, it ain’t our last word… 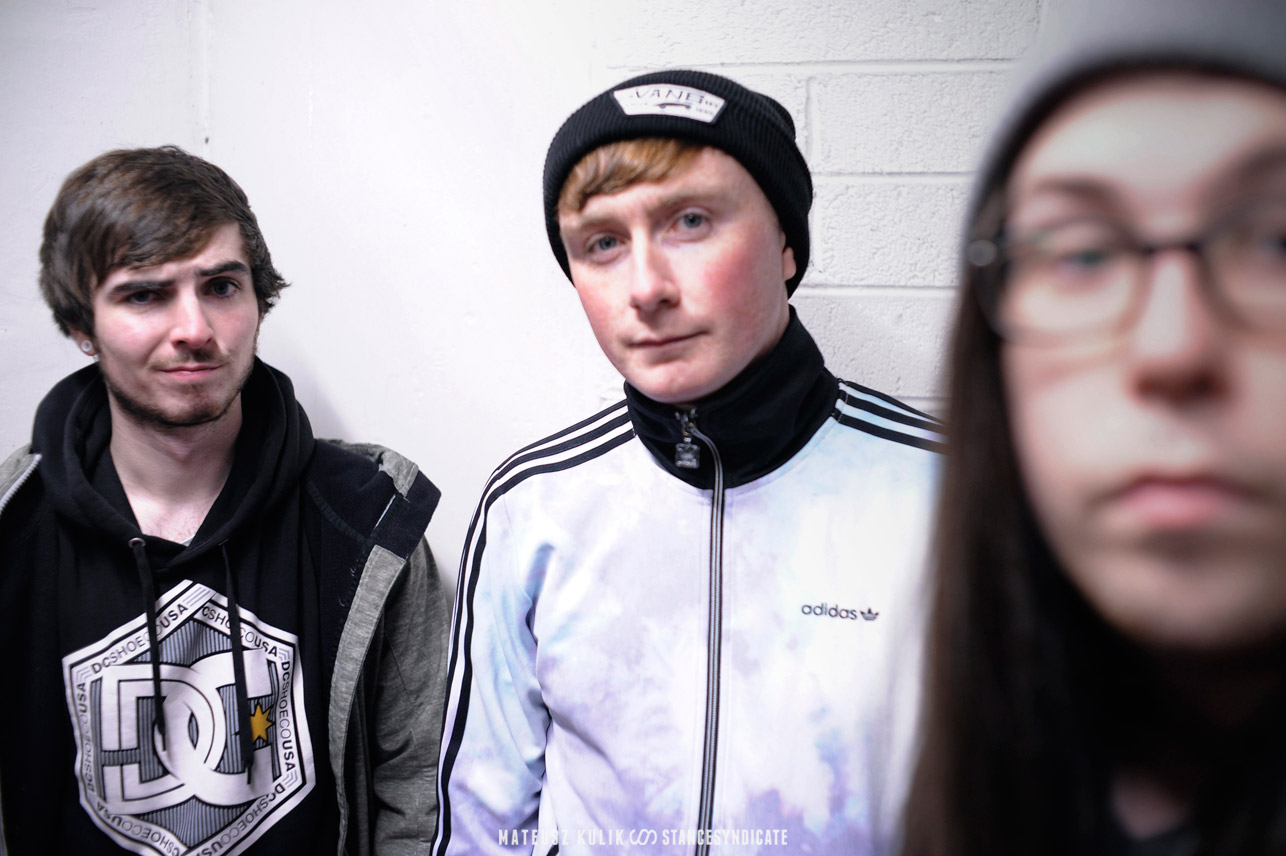 …#Steecism6 today! See you there! 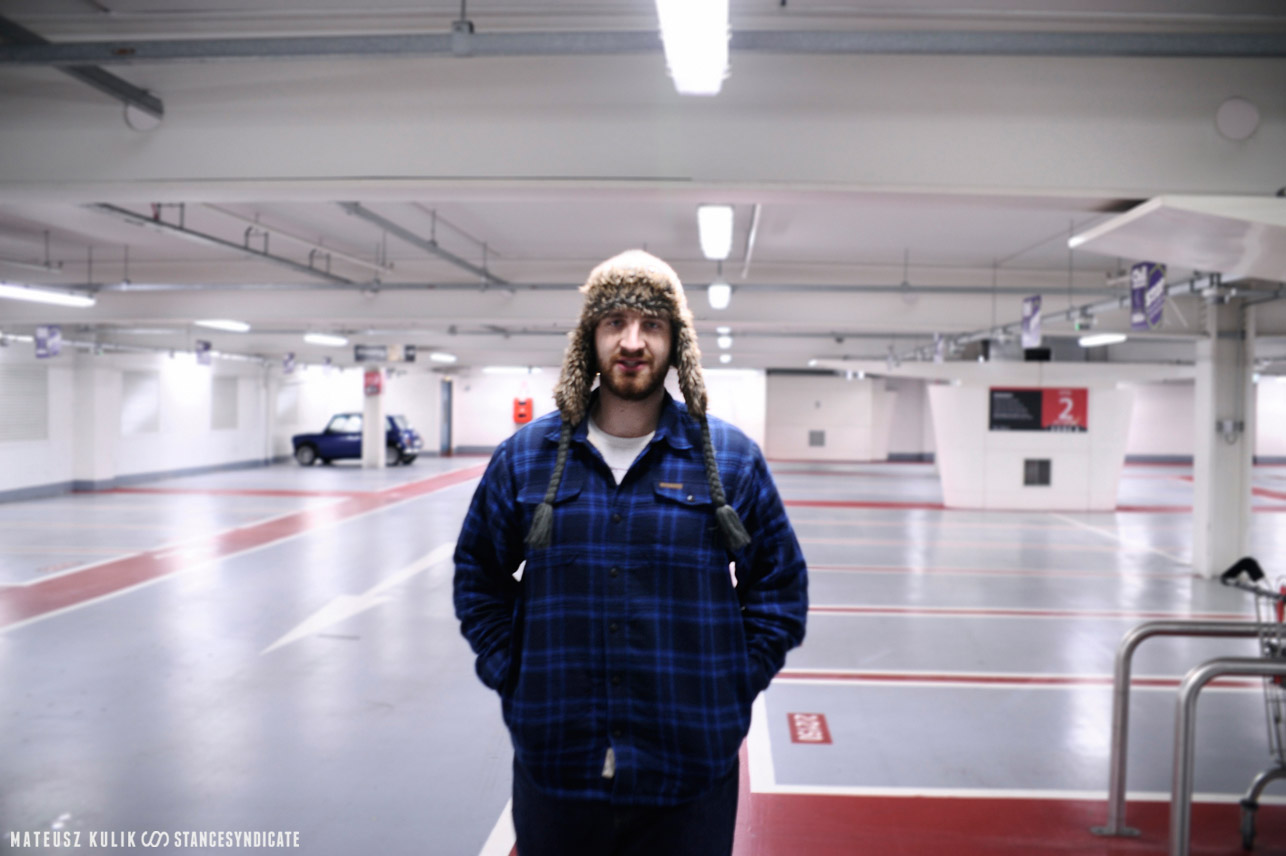 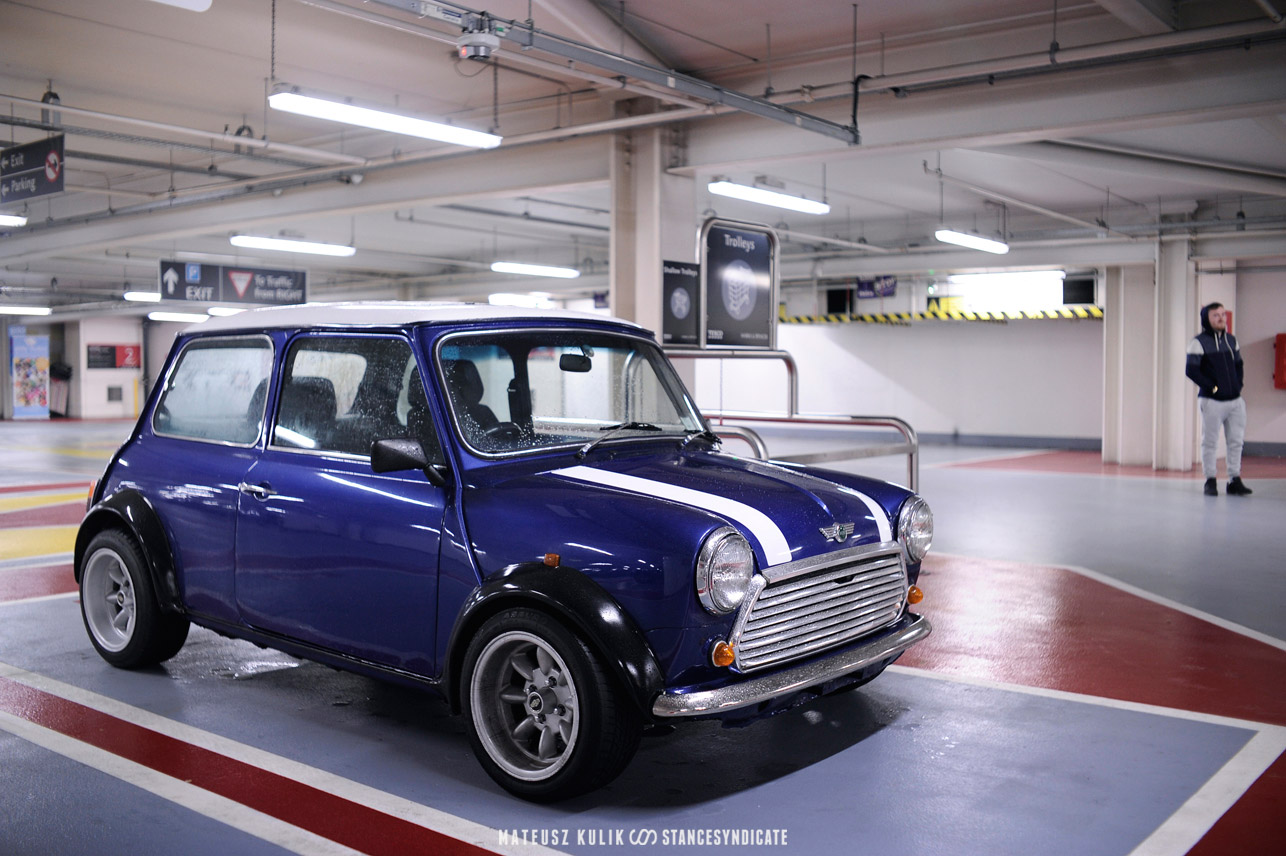