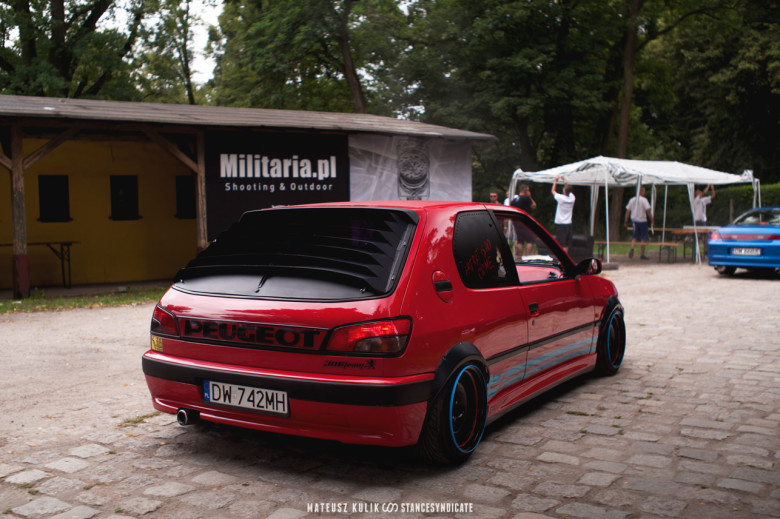 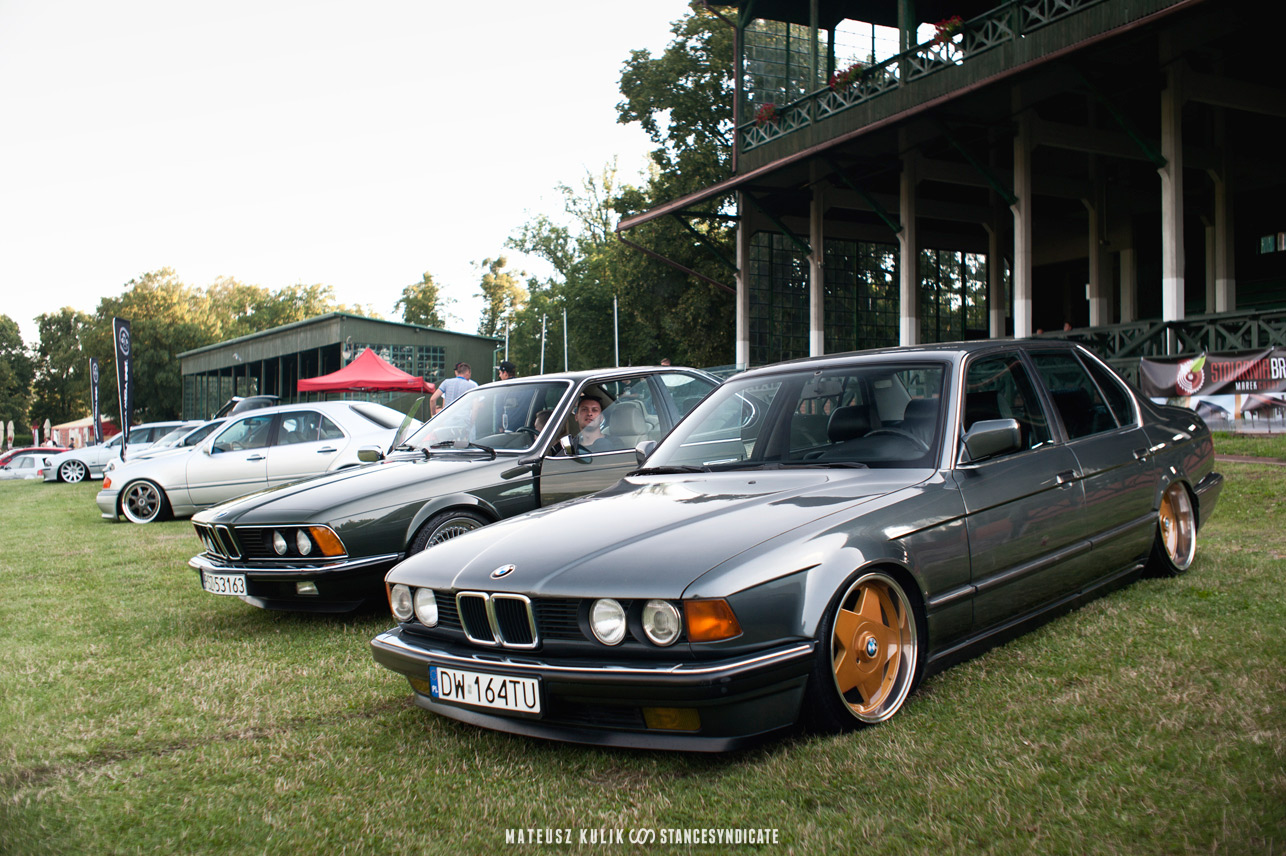 Did you know that simplicity is the key? Here’s an example of it, although I don’t know much about this particular car, I don’t even know if it is bagged or static – rather bagged, but that doesn’t matter, she’s mint! This spotless BMW E32 is an absolute killer with its modesty. The classic Borbet A wheels highlight its timeless bodywork designed in the early ’80s, a boxy saloon – for myself, an absolute perfection. Some would probably say that orange wheels don’t suit this E32 too well, but at least they’re not fatal as agent orange – she’s still a winner. 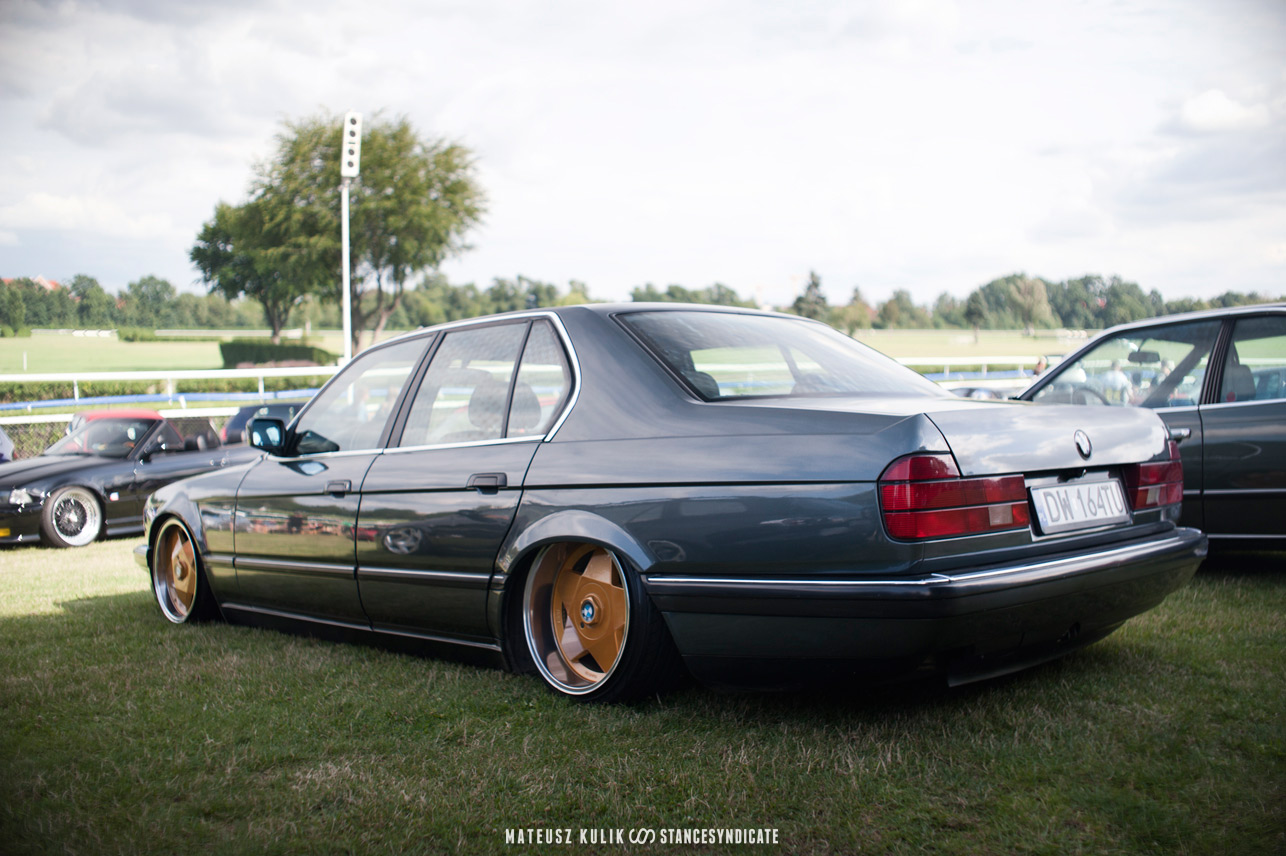 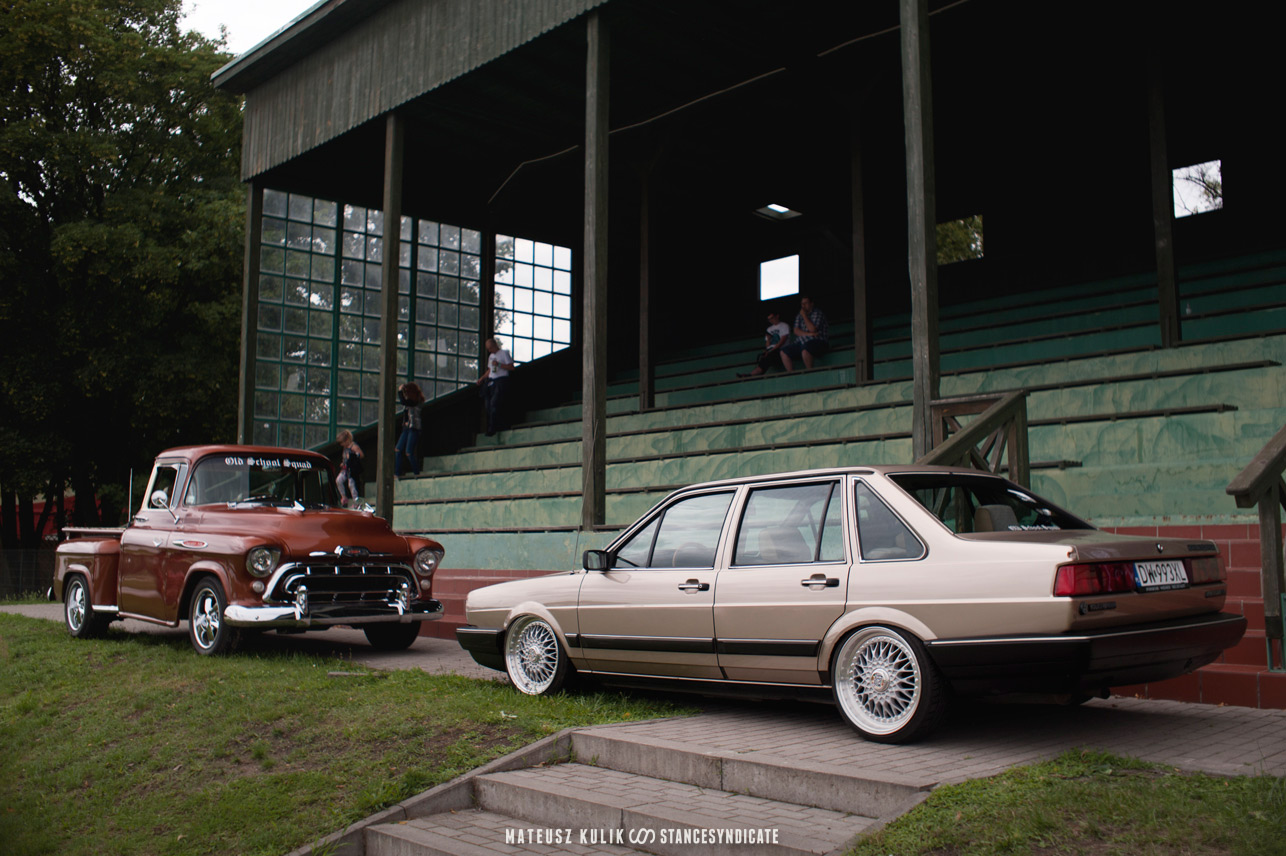 While we’re at boxy saloons designed in the early ’80s – here’s one more, a very clean Volkswagen Santana – not Carlos. This one doesn’t play on a guitar and though it wears fakes a.k.a BBS-wannabes, she’s a superstar. Not many of these cars are still driving. You won’t find Carlos marching on a street. Same applies to VW Santana, a saloon version of Passat B2, unless you’d like to fly to China to discover VW’s automotive sins – where old shapes went through facelift process by some people who overdosed acid. Don’t even google it. Dear VW designers, Carlos says: Maria Maria, get the clue, stop using acid in your design process. 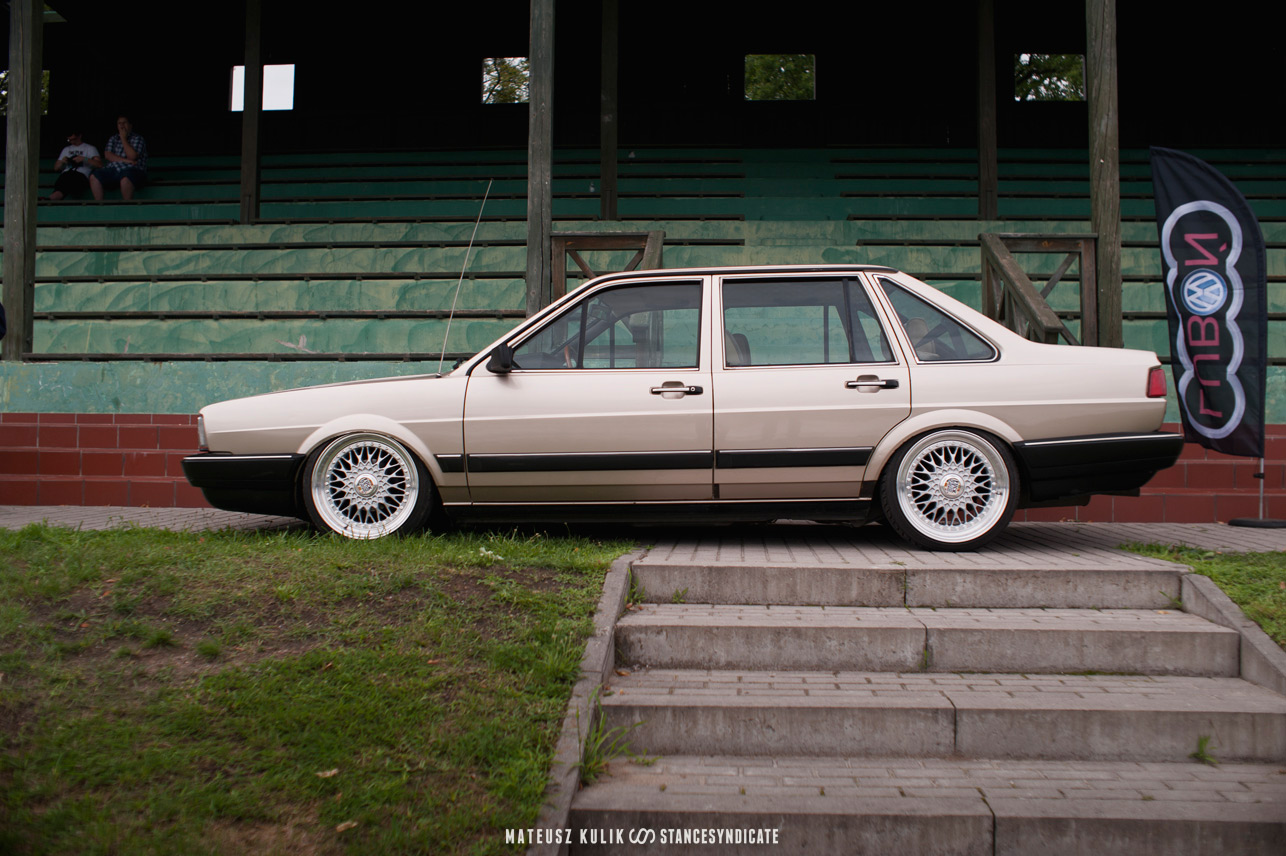 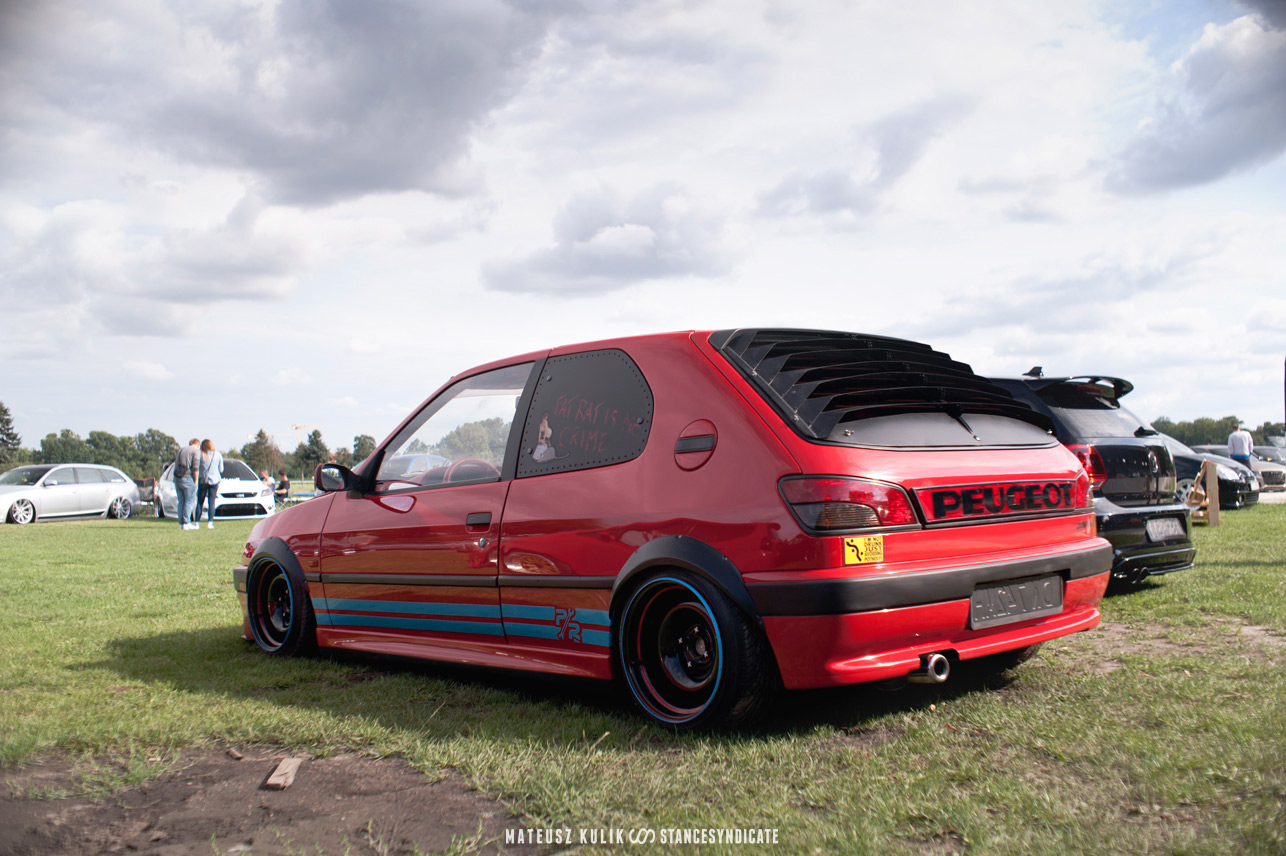 And now for something completely different – a Peugeot 306! The old rule says: “Never ever buy cars starting on F: Ford, Fiat and French” – but this little red beast had something that caught our attention at the recent Czillen am Grillen. What was it? It was a French sounding thing – a louvre and I don’t mean the famous museum in Paris where Mona Lisa smirks at the visitors off one of the walls, I mean the back window louvre – those stylish blinds that stop pesky sun from peeking inside of the car with potential to burn your neck while cruising down the Champs-Élysées on a hot summer day. Love that thing! 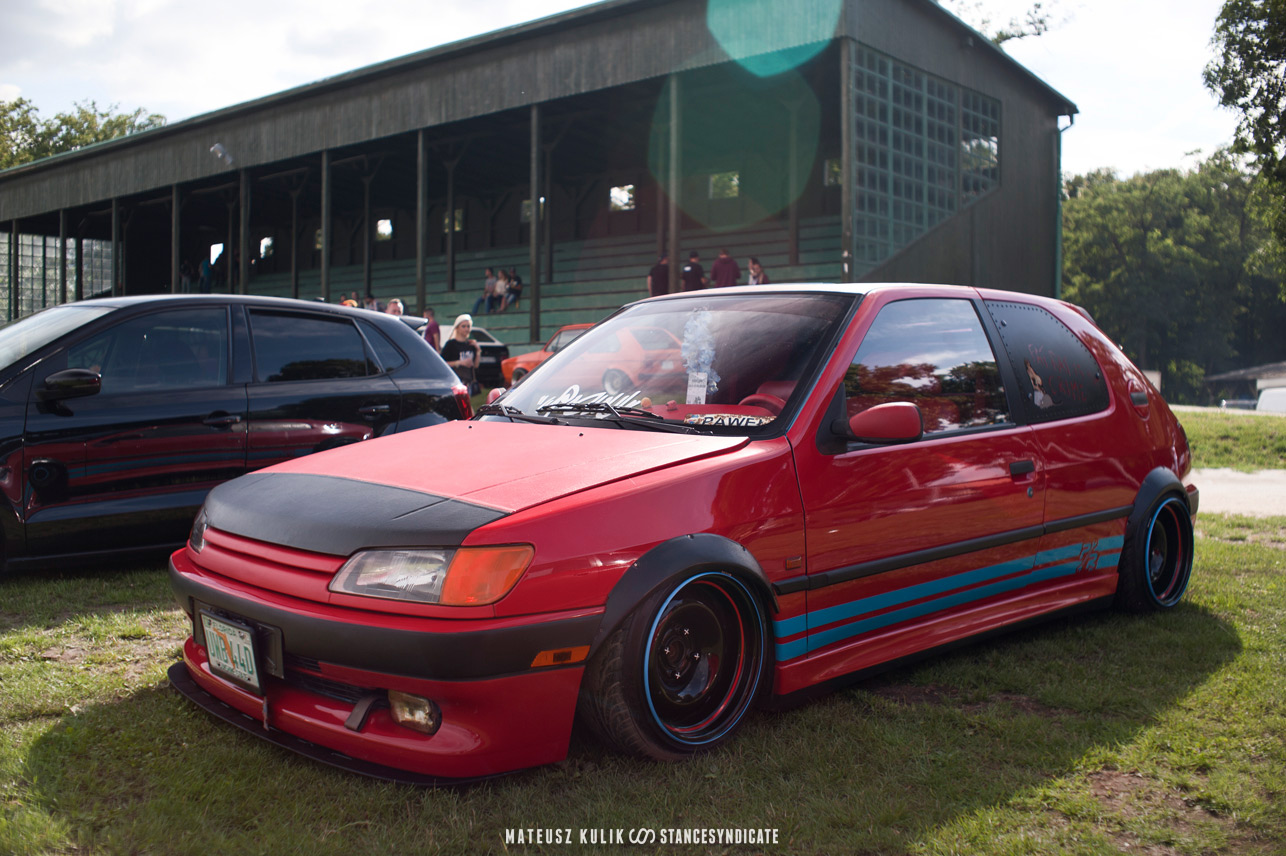 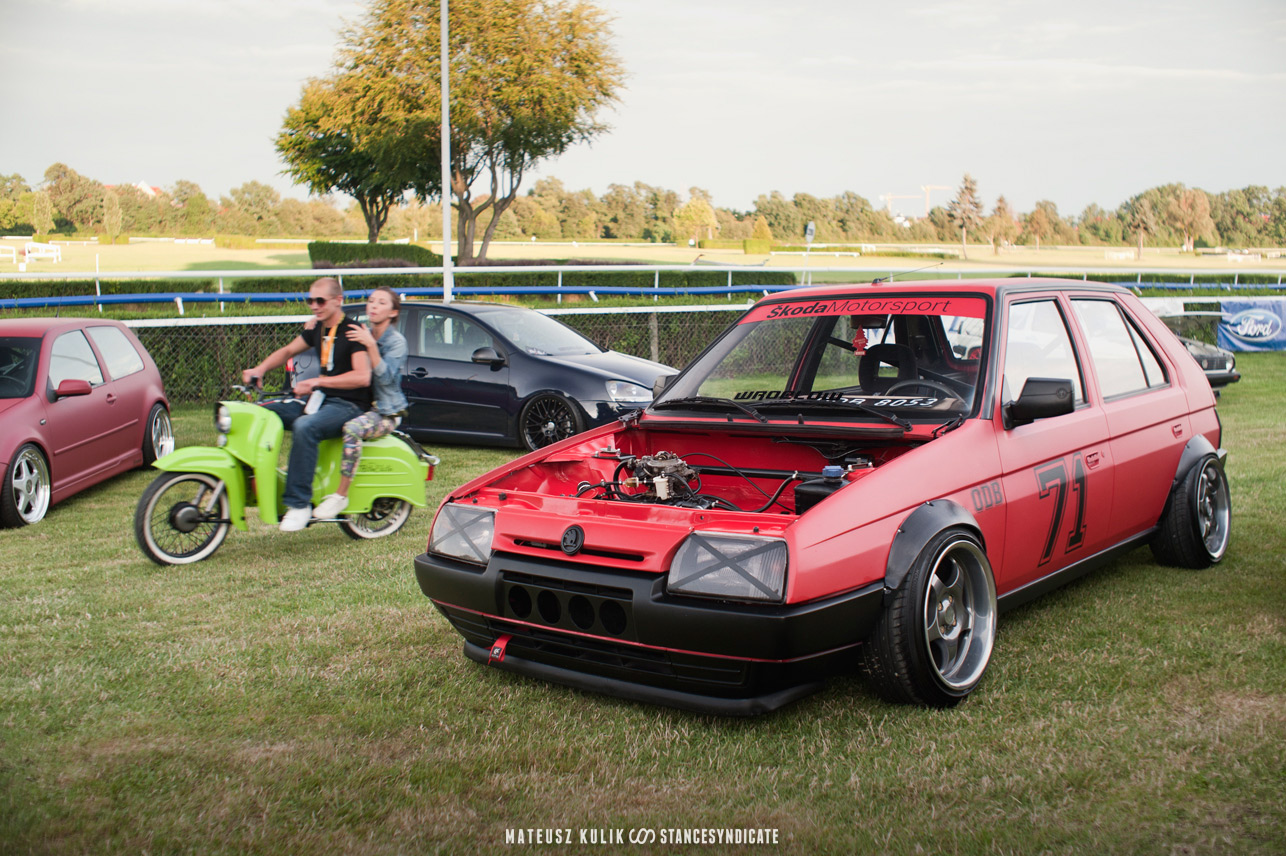 Škoda Favorit can be a favourite yoke too! A good friend, Dr. Gonzo a.k.a Professor, who’s also part of StanceSyndicate original crew said to me at a BBQ at his balcony week after the show that he doesn’t understand stuff like this Škoda or the above Peugeot 306. “Fake rally style, stupid plastic overfenders, fake bodykits… I don’t get it”, he said. I know, these little hatchbacks are not a classy W124 estate you dream about every night, but both are a very good example of what can be done with these cars which indeed have some rallying history. Many today do stupid things with cars in an attempt to be famous in social media for two hours, to get a boner for one last time – those fellas do really stupid things with their cars as we’ve seen at FittedUk show recently. From fake stretch to silly spoilers… Meanwhile the above two examples are done with some taste… just on the verge of falling into #FameGainers bracket. Tomek’s Škoda Favorit is probably the cleanest example of its kind in the country – not many find the good ol’ Favorit a favourite, perhaps heading south from the Polish border we’d find a few more. 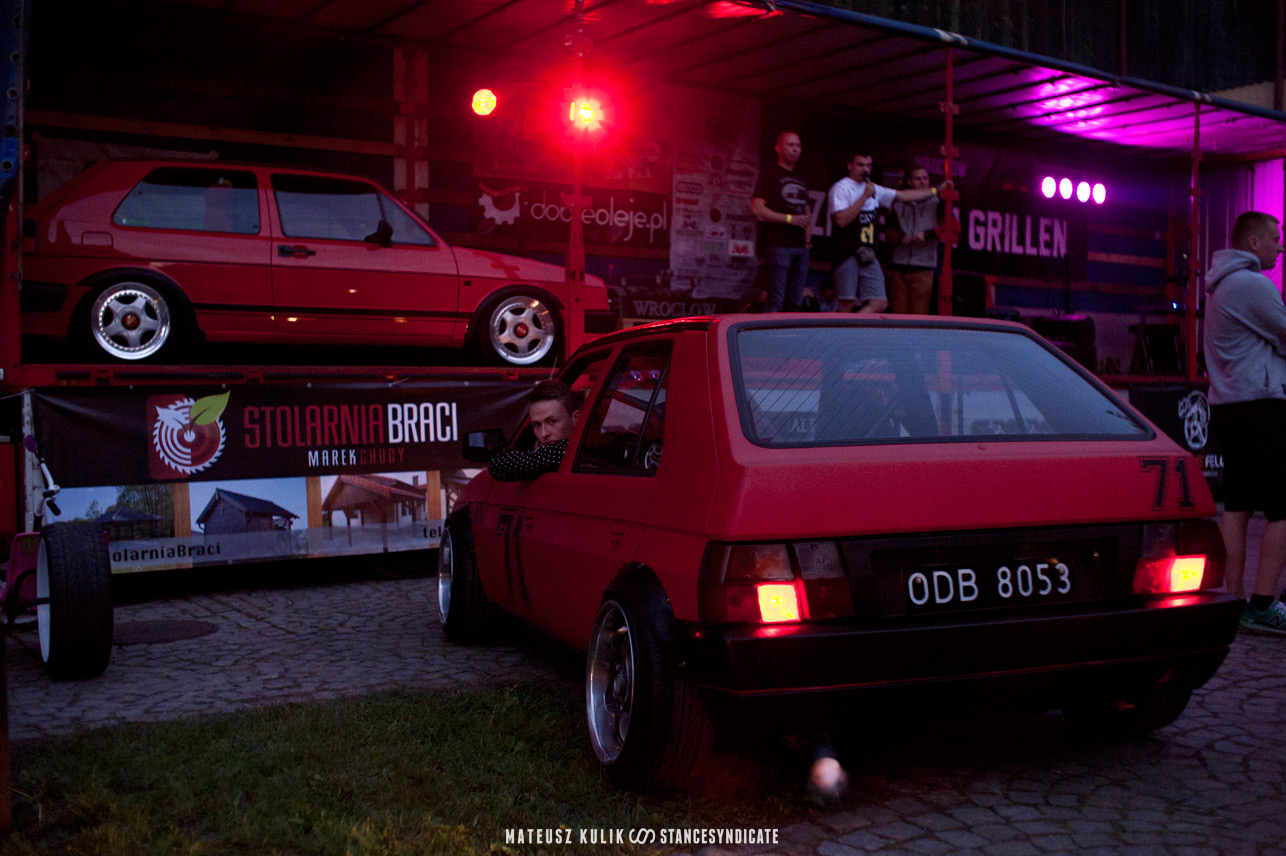 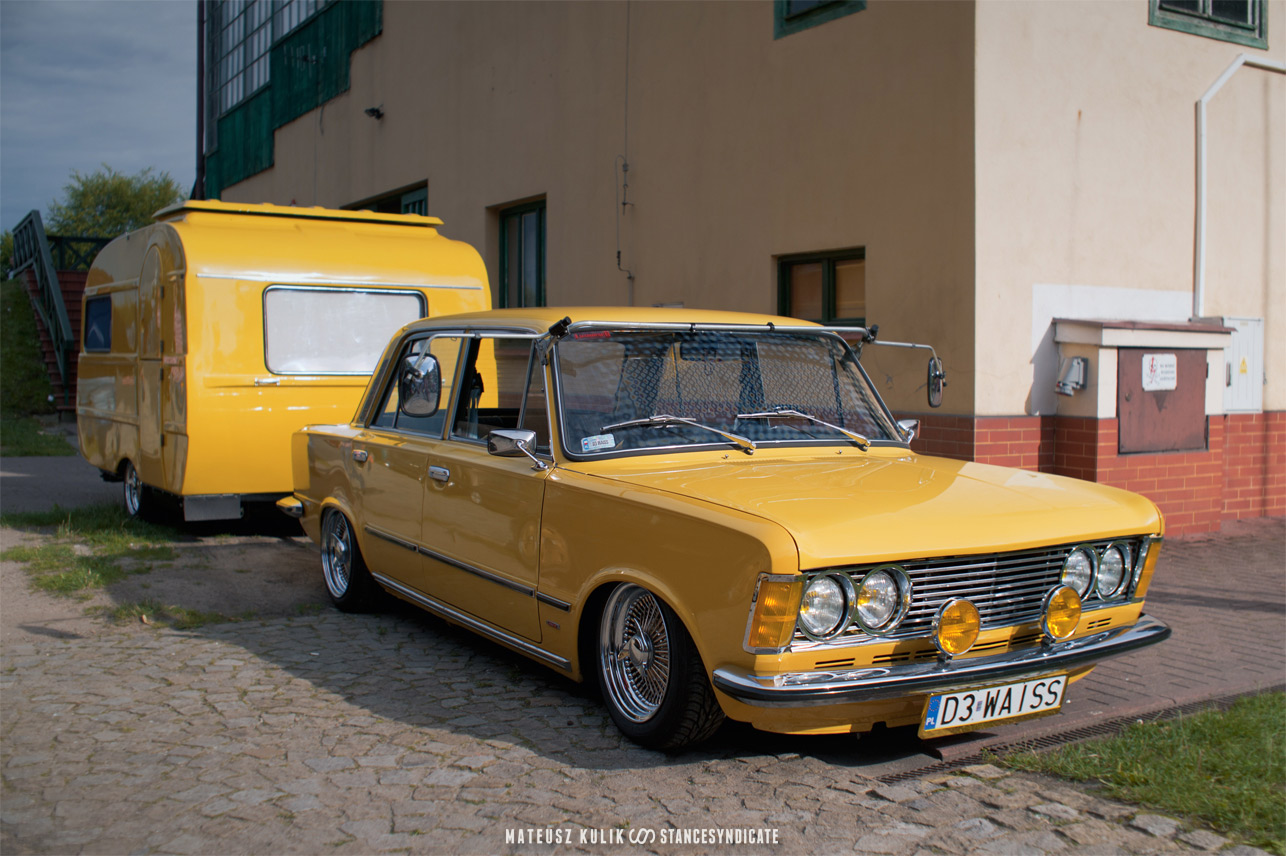 If you follow StanceSyndicate’s Facebook page you’ve probably noticed that I only post my own pictures there, but sometimes I smuggle in photos of #PolskiPorn – the old commie cars that were made in Poland – cars of my childhood, cars of my dreams. They’re all like Pokémon – gotta catch ’em all! If so, this one is a Pikachu! That’s why it got a wild card! Usually #FAP4 means four cars that together with the crew we select as favourite, but when a wild yoke like this one suddenly appears somewhere… I toss all my Poké Balls at it. 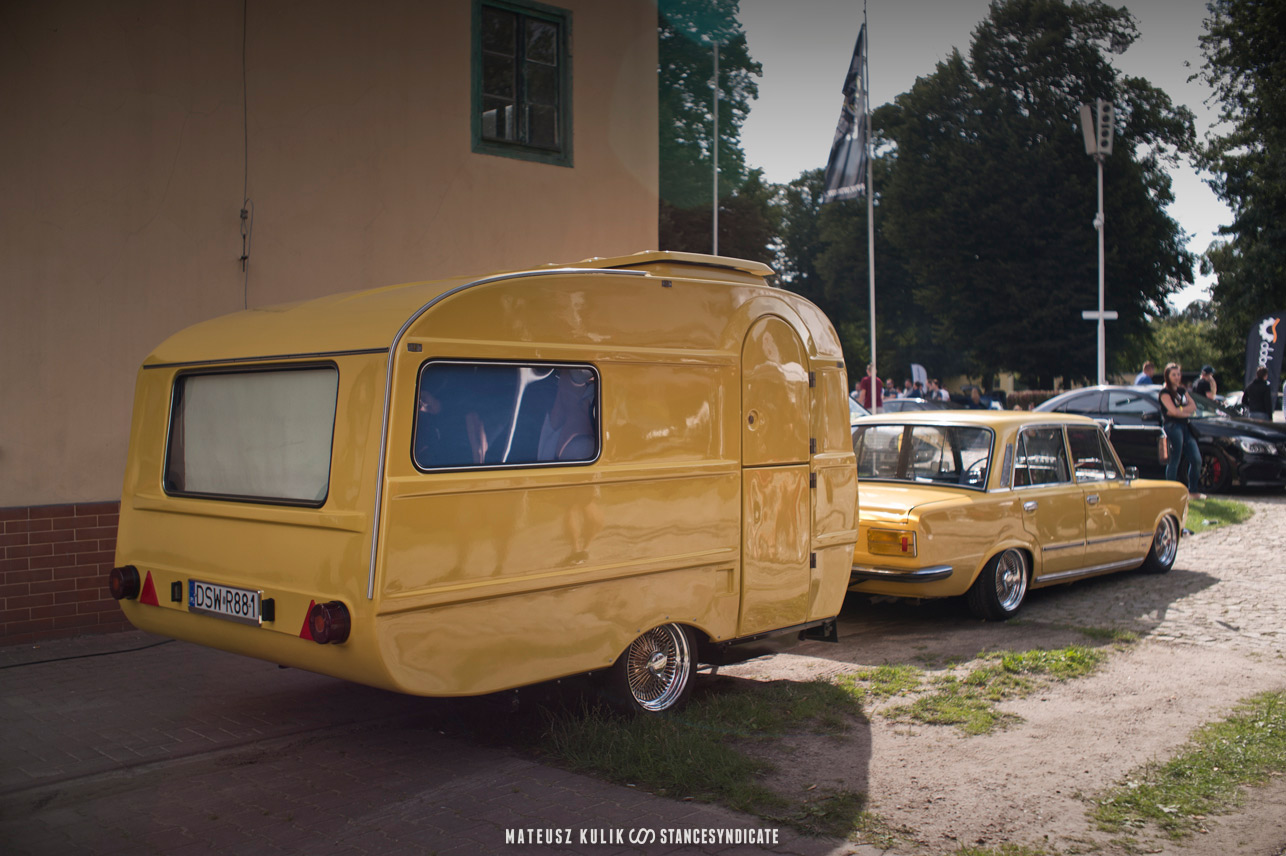