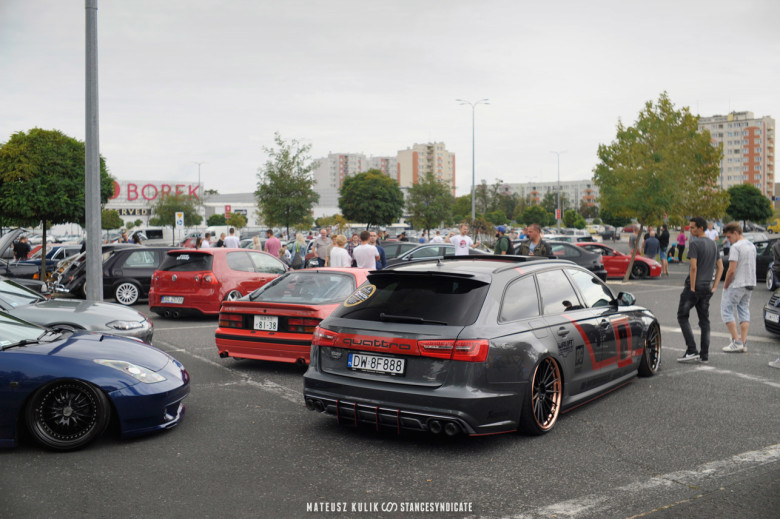 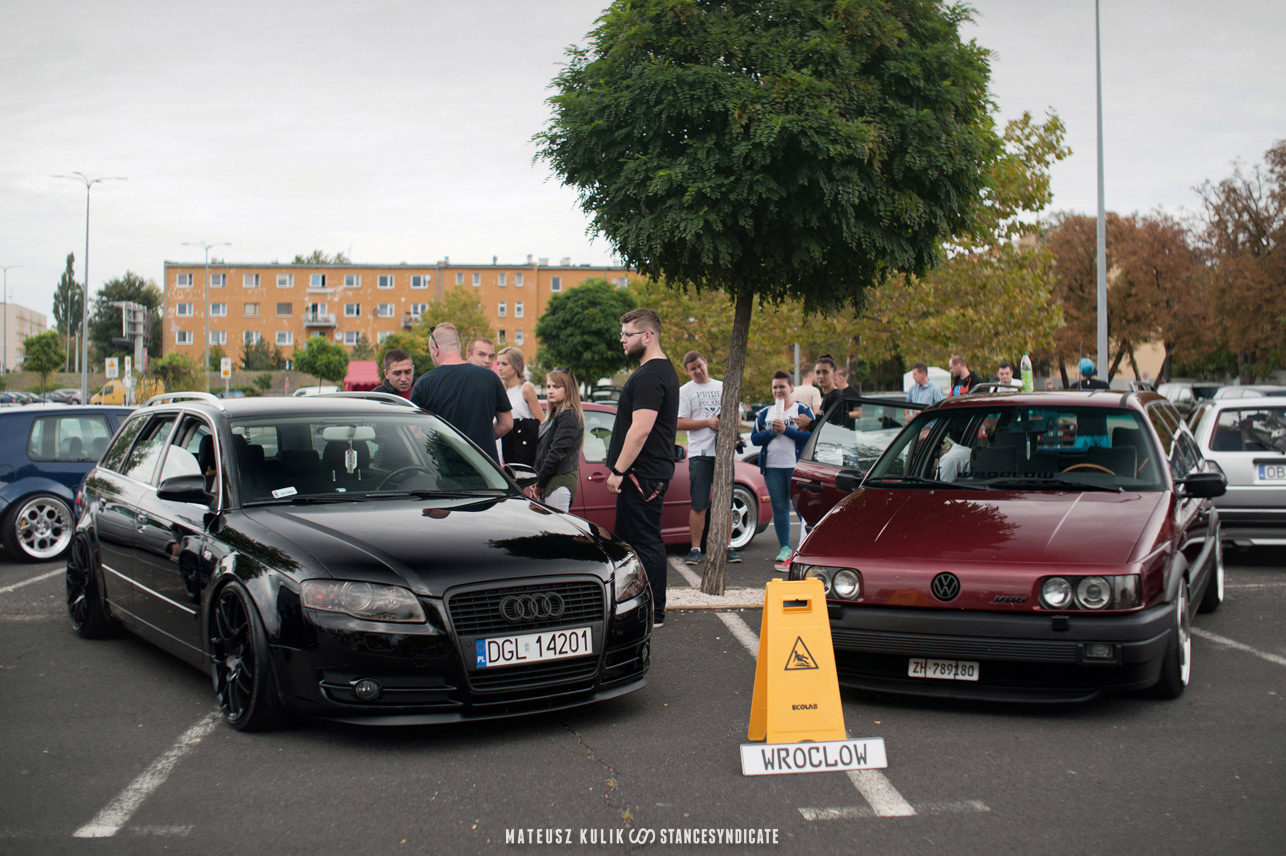 The night before, on Saturday, the lads at WrocLOW organised a small farewell end of season party in the heart of the city – meaning litres of vodka to be drunk. Here in Poland this is a standard procedure, a proud tradition. At their last event, Czillen am Grillen we have consumed so much of our favourite liquid that I can’t remember much now. All I know is that it was good and that’s enough. 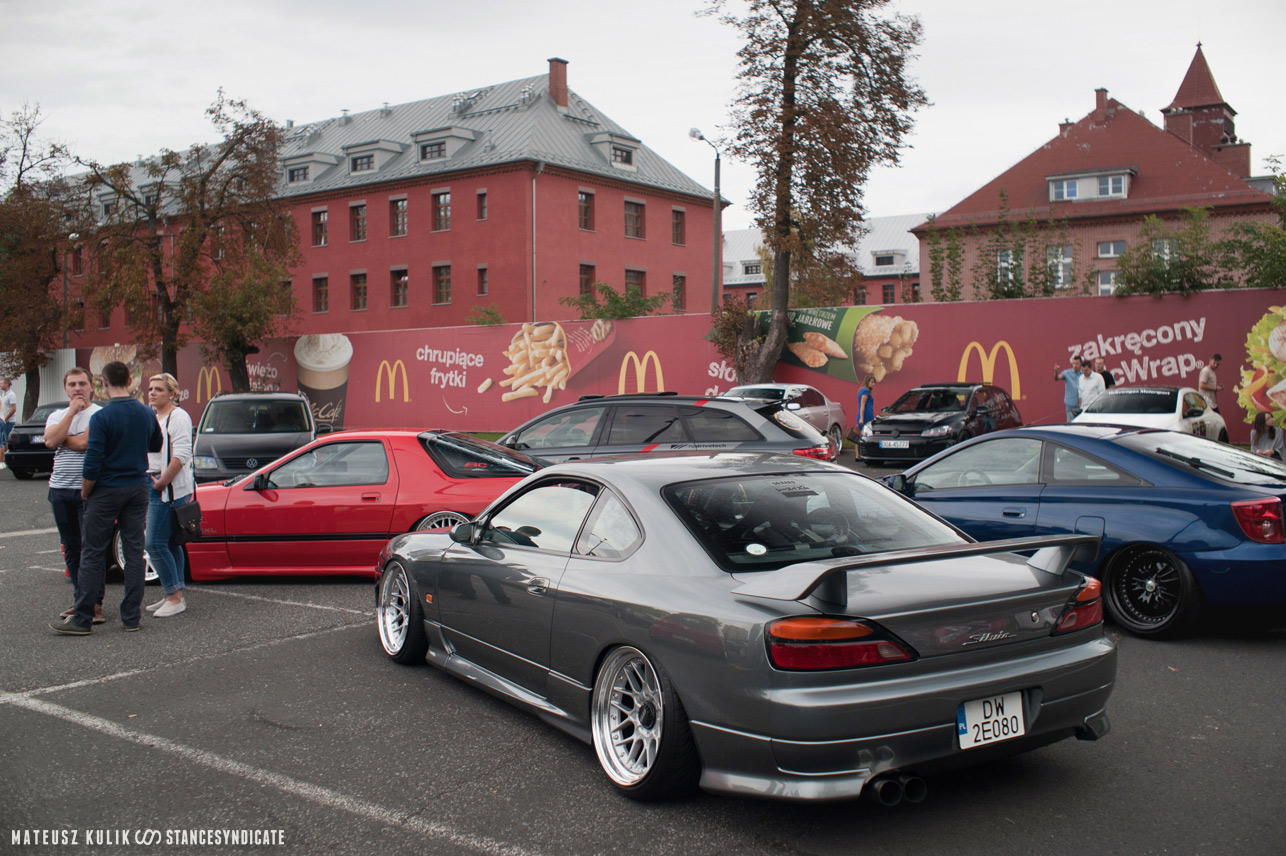 I’ve arrived late at the party and already slightly out of focus due to a few drops of tasty Ballantine’s Finest we did earlier with my brother-in-law. Dressed according to the latest chic from Ballyfermot I knew I won’t be let in into any clubs – those braindead bouncers don’t like fellas wearing tracksuit no matter how fancy shirt you’d combine with your Nike’s finest bottoms. A tie wouldn’t help either as nothing would help bouncers get smarter bar a dropped bar of soap when they’ll get behind bars for their intelligence. It was a strategy… a strategy to stay away from those bouncers and bottles of cold liquid lurking from behind the bar – to stay fresh for the next day. 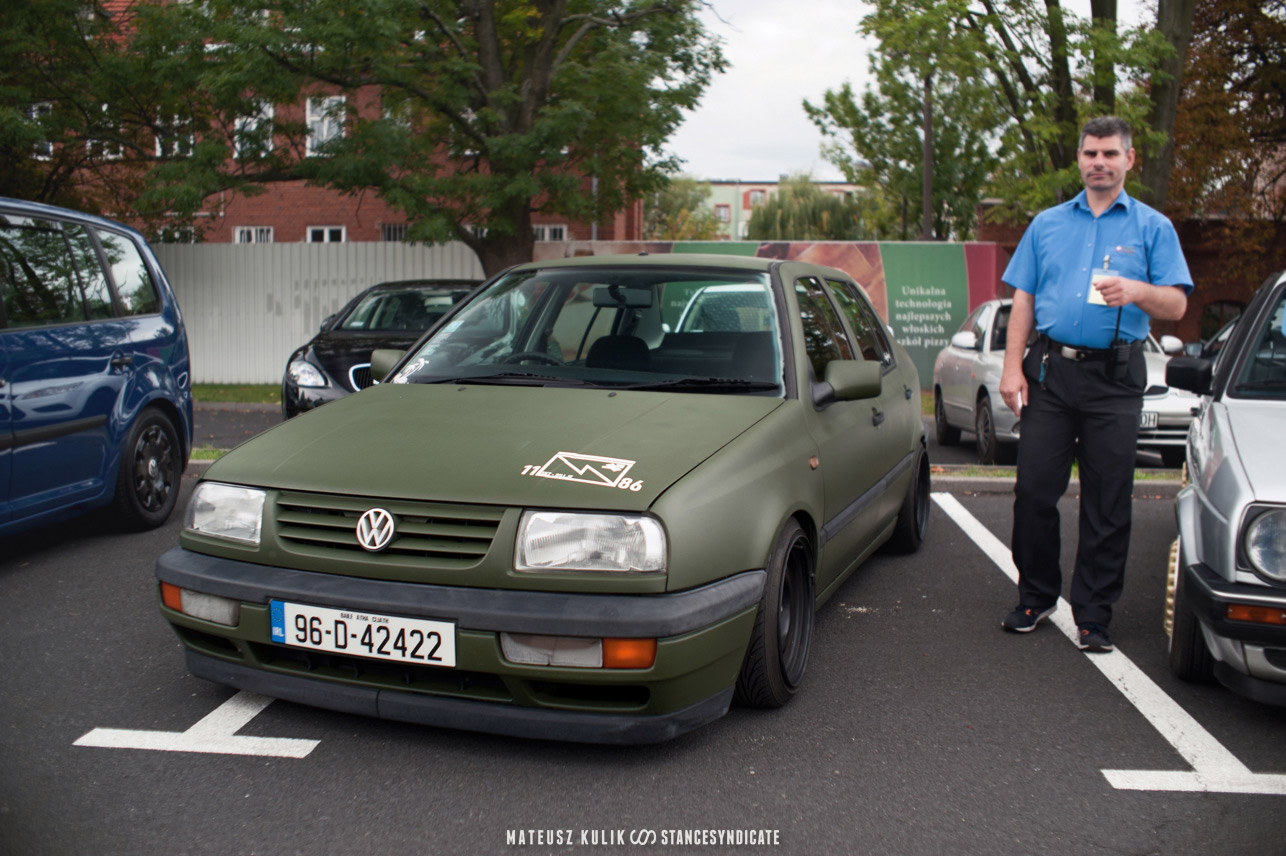 Earlier on Saturday I’ve launched my “Bundeswehr” after almost two months without taking her for a spin. Since I got my “ganz neu” daily – a 1994 MB W124 I have parked up Vento to spare it from Wrocław’s perfect “polski” asphalt and war-bent German cobblestones. When I arrived to start it up thick dust was covering its dashboard and flying rats’ guano, like session moths make-up, masked the spotless rattle can paintwork. I gave it a quick wipe and she was ready for WrocLOW’s last gathering. 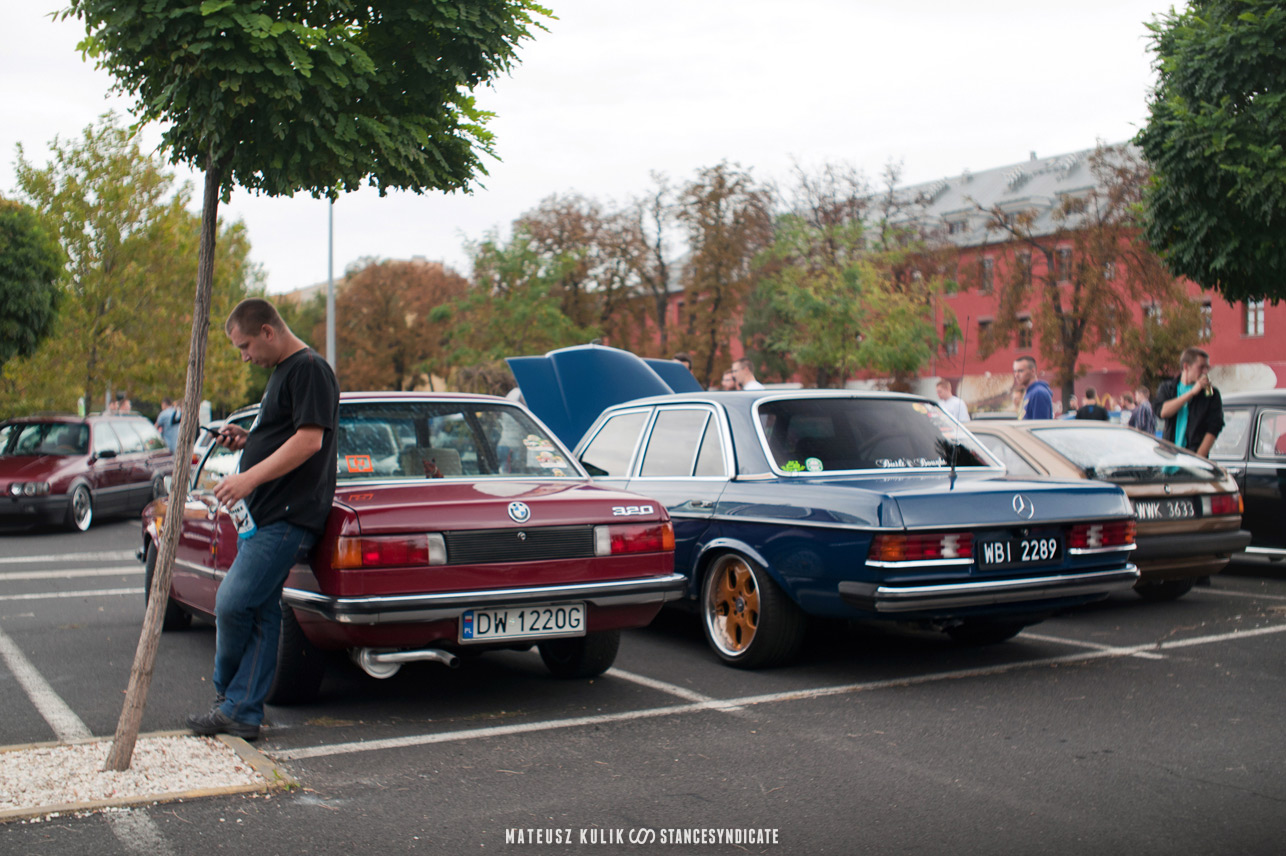 The meet-up was planned for 2pm on Sunday at a local shopping centre’s car park. Driving up we passed by some old german blockhouses, a working class district that still remembers the old Breslau and the fight for it. The walls that could say many stories, missing pieces of red brick torn away by pieces of steel and lead. Further down the road we passed some commie-built blocks of flats just like the ones that once upon a time stood in Ballymun. Now they’re history… time’s flying! Soon combustion engine will become history – the automotive world is changing. 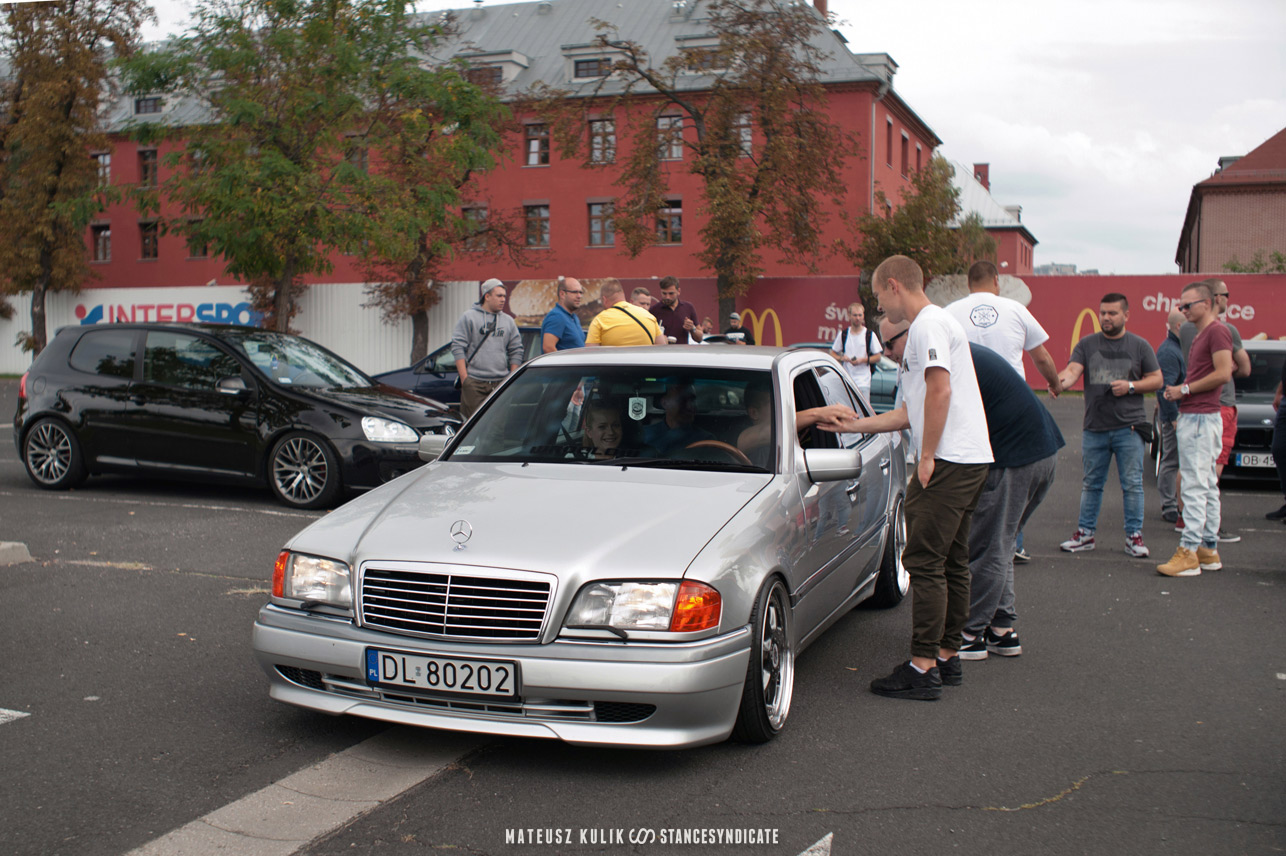 Finally we have arrived at the “Borek” Shopping Centre for WrocLOW’s meet. I’ve only parked up the car and seconds later we were caught by VAGPLAYERS.com Emir for a chat and degustation of a quite nice Moroccan Milka. ‘Twas delicious! High as a kite we walked about the car park chatting to mates and checking out cars – the usual business at car meets. 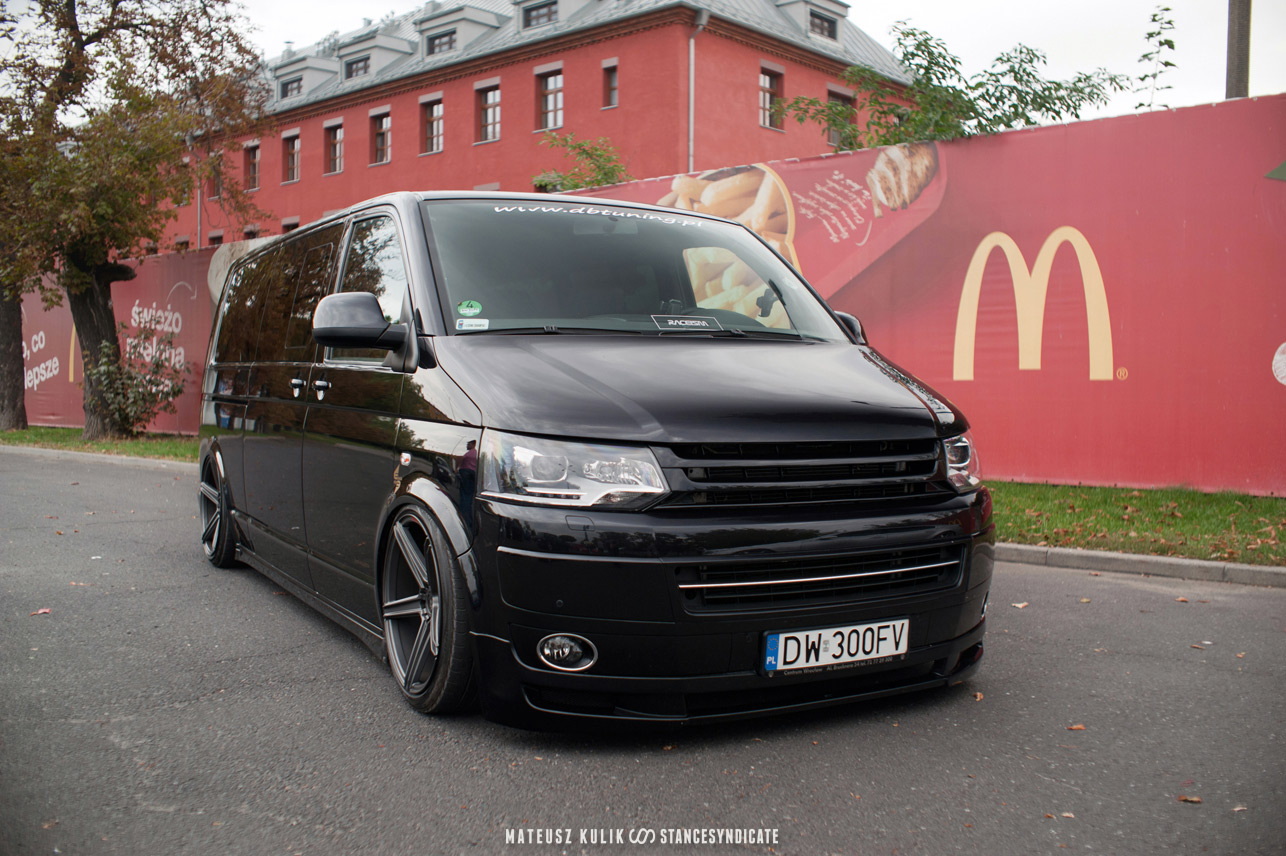 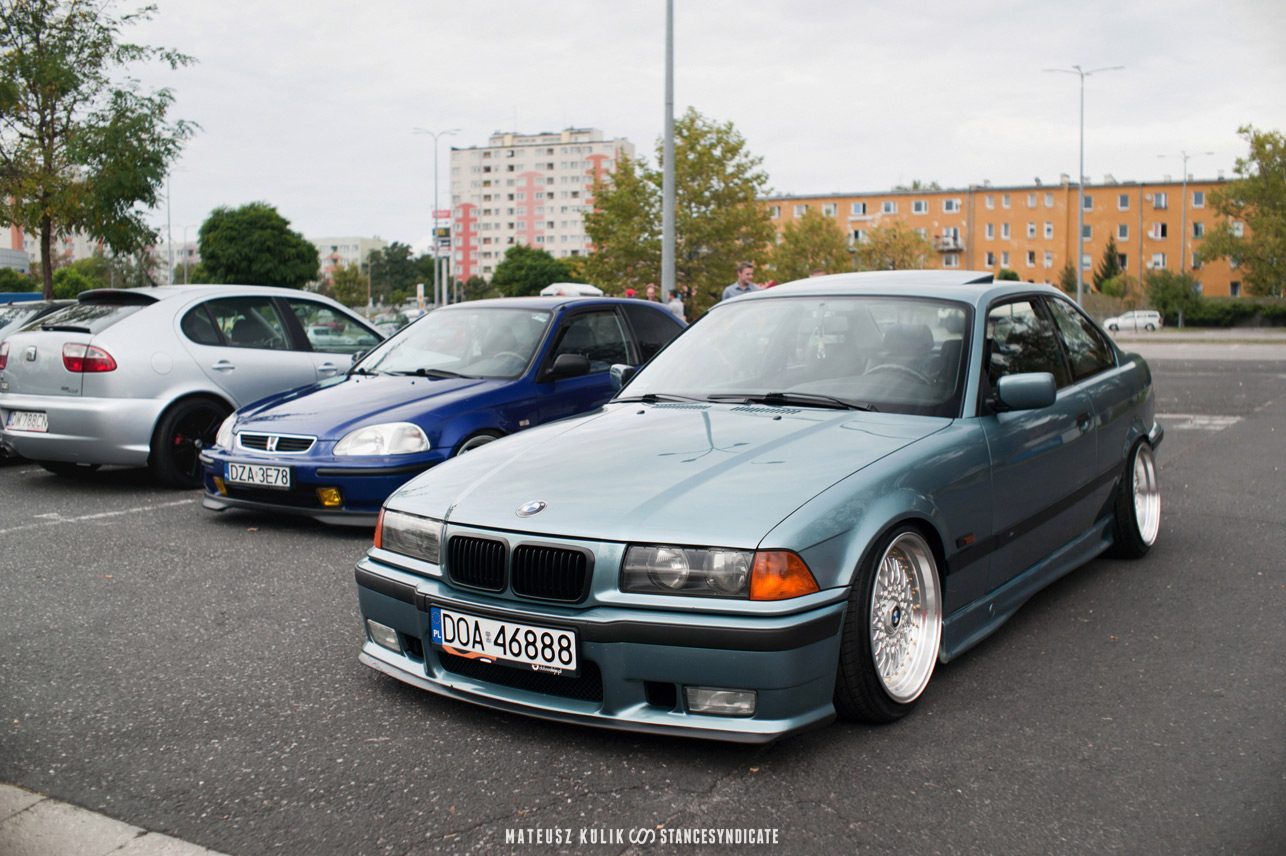 I can’t remember when I went last to a car meet in Poland. It’s a bit different experience than what I’m used to from Ireland and our series of #STEECISM meets. Although the standard of cars was very high at WrocLOW’s meet-up – there was no burgers in sight. No Eddie Rockets, but empty pockets – cause here in Poland you need to work four full time jobs to make the same as anywhere west from Odra river – or sell drugs to little kids in the nearest primary school, or eventually you can befriend some politicians and defraud millions together. It’s sad, but this is how it works here. 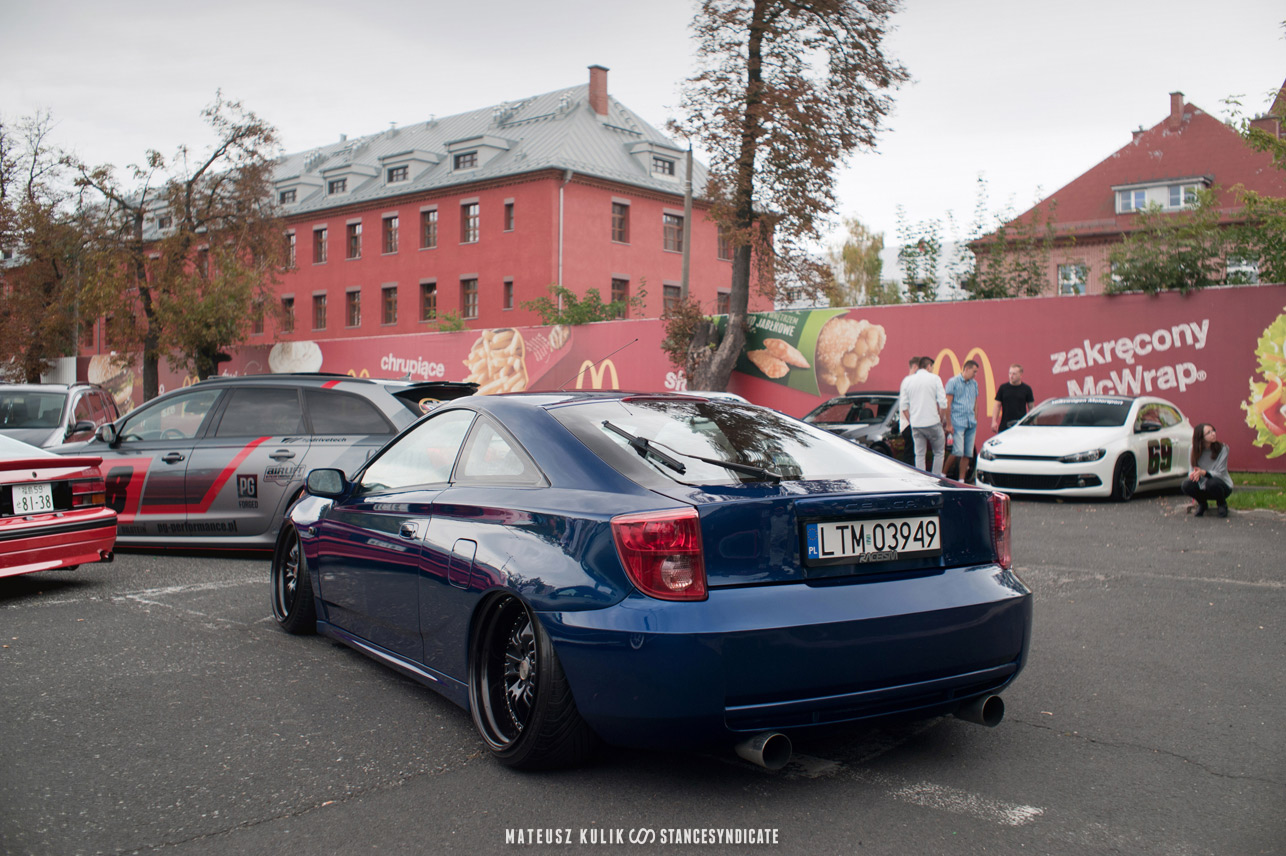 There’s one more option. It’s called usury. The society mesmerised by the ubiquitous propaganda is happy to spend their last few copper coins on exorbitant interest loans only to get what they need, or think they do, for the sake of generating their image on the internet. Poor “internets” forgot what’s the craic about. The world is changing and so is the automotive scene. 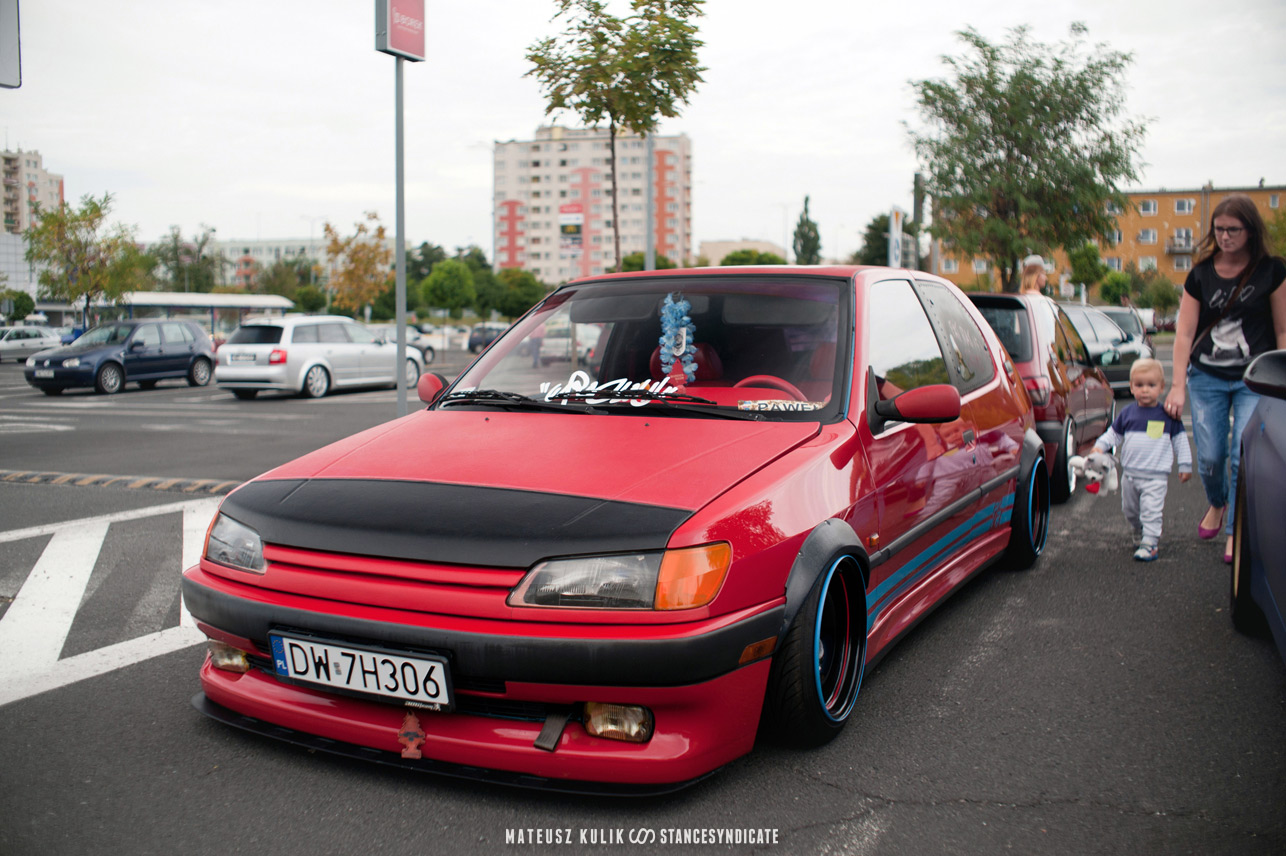 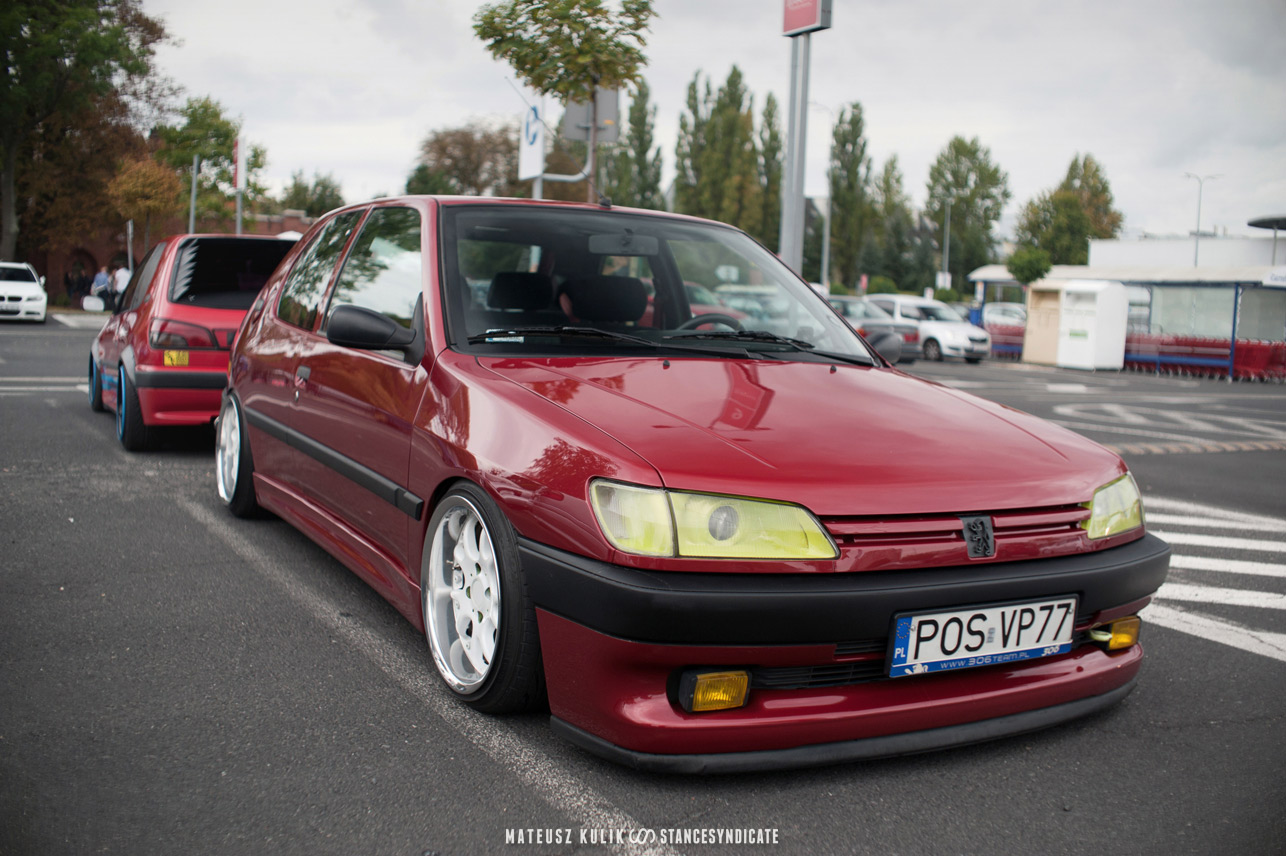 Not only I can see the differences on the scene. I’ve asked VAGPLAYERS.com Emir for a short comment on the ending season and he said: “The 2016 show season passed really quick, but I’ve noticed some changes on the scene. Indeed the standard of cars is getting higher, but unfortunately most of the cars now are being built to show-off owners financial abilities and not their passion”. Yes we can! 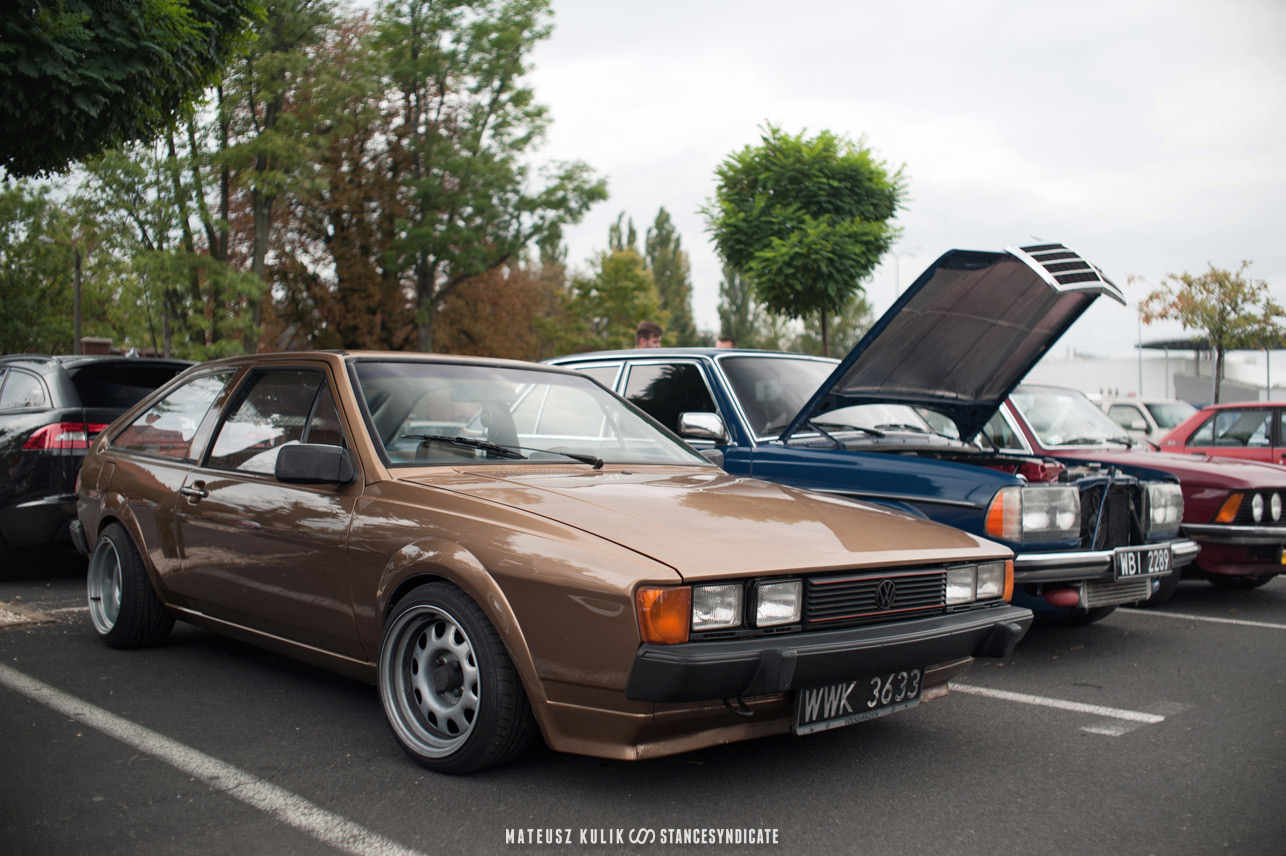 Take a loan. Eat eggs until the end of the month. Grow your cock big on Facebook. Be one of them dudes who build a car that never drives – cause it can’t. Dumb cambers, silly spoilers, show-stoppers – fame gainers. Sculptors and their silly sculptures. Fake fame hurts all life dear artists. 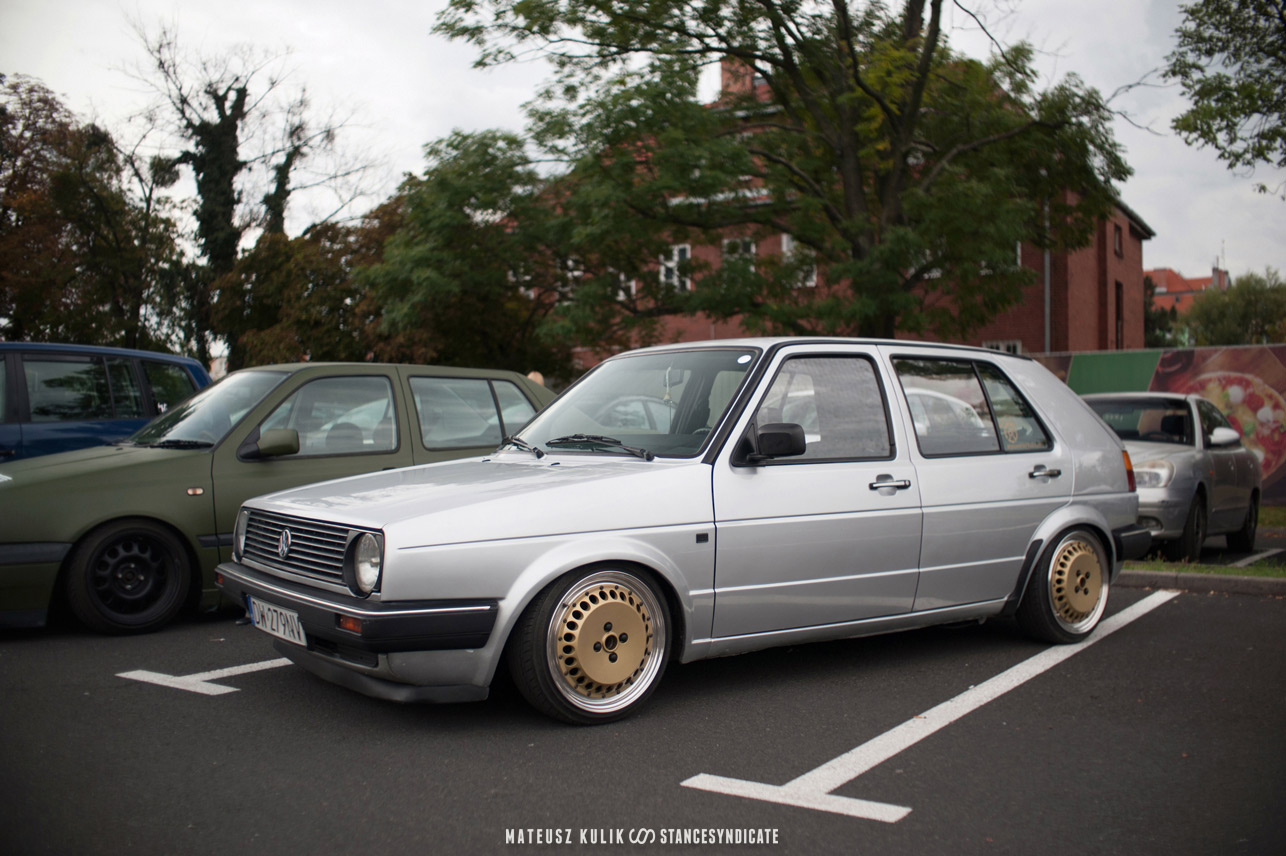 Enough of this double Dutch. Back to the end of season meet! 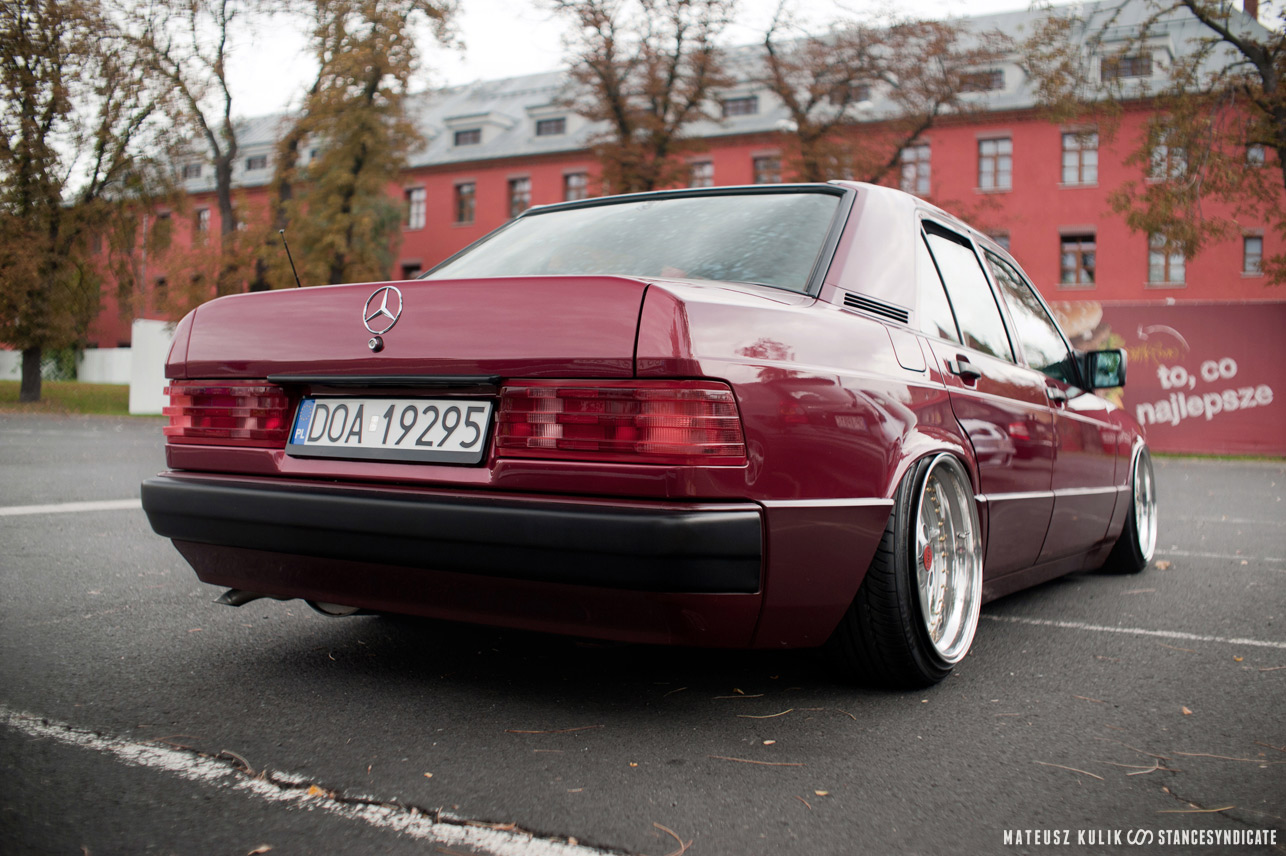 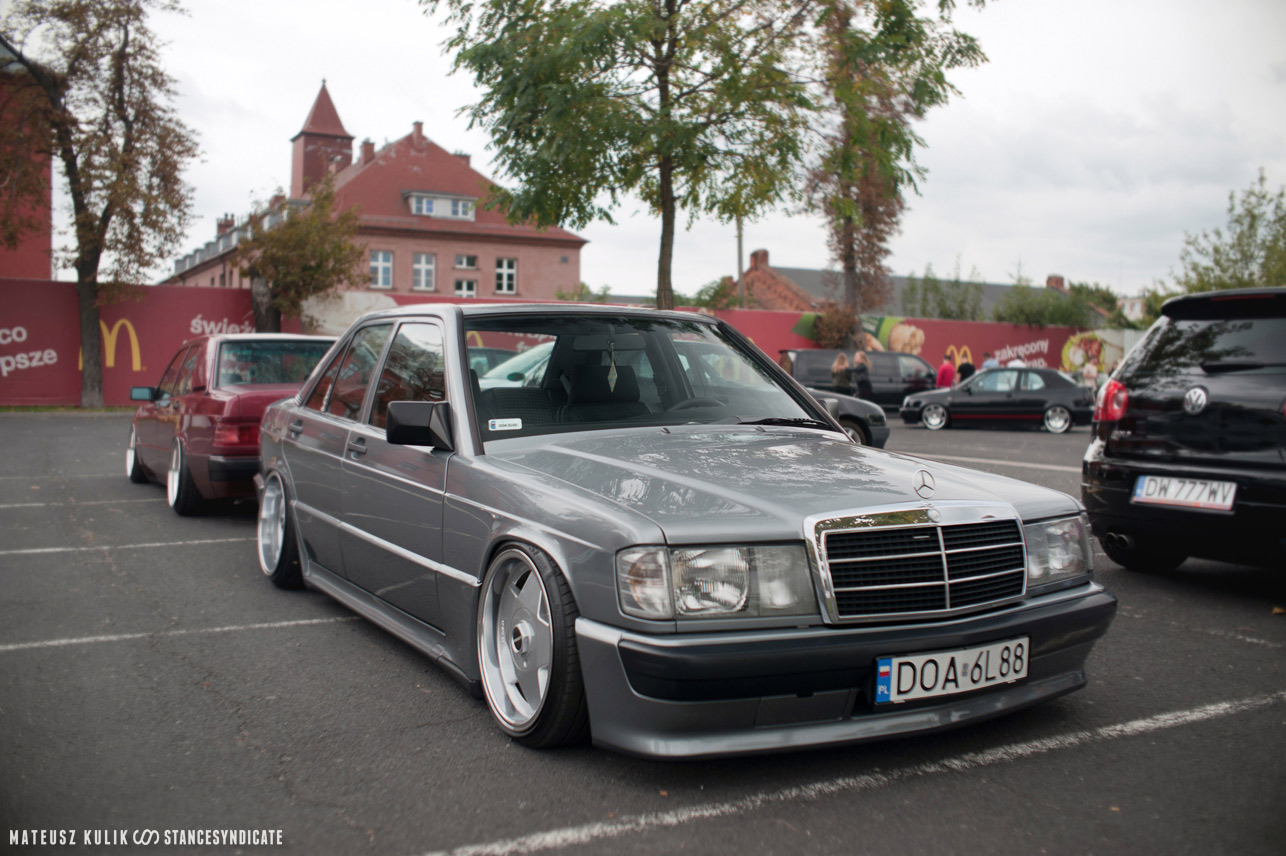 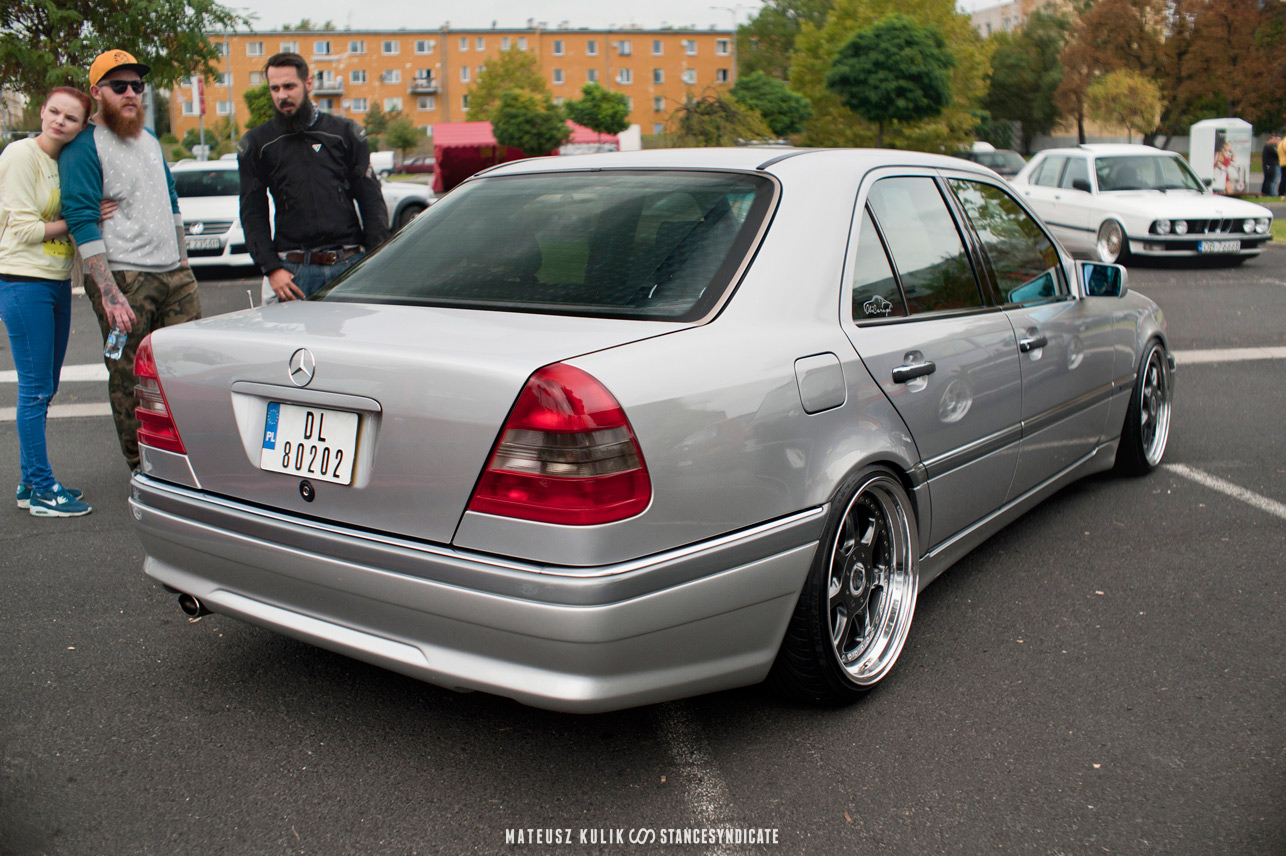 Since I got my W124, or even a little bit earlier, we’ve a little MB obsession here at StanceSyndicate. We’re simply in love with all classic Mercedes’ and there’s no need to explain that. They’re simply beautiful and reliable. I got one. Get one too. 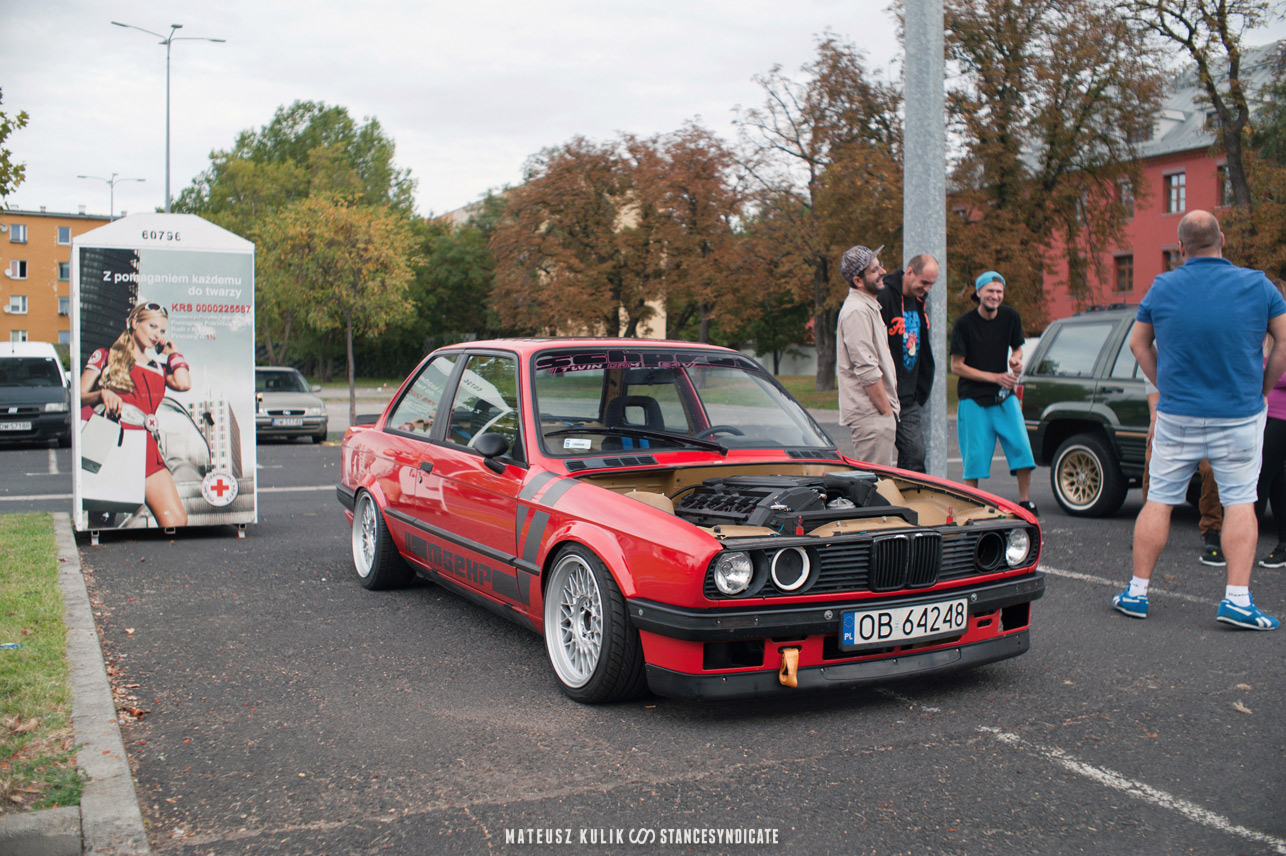 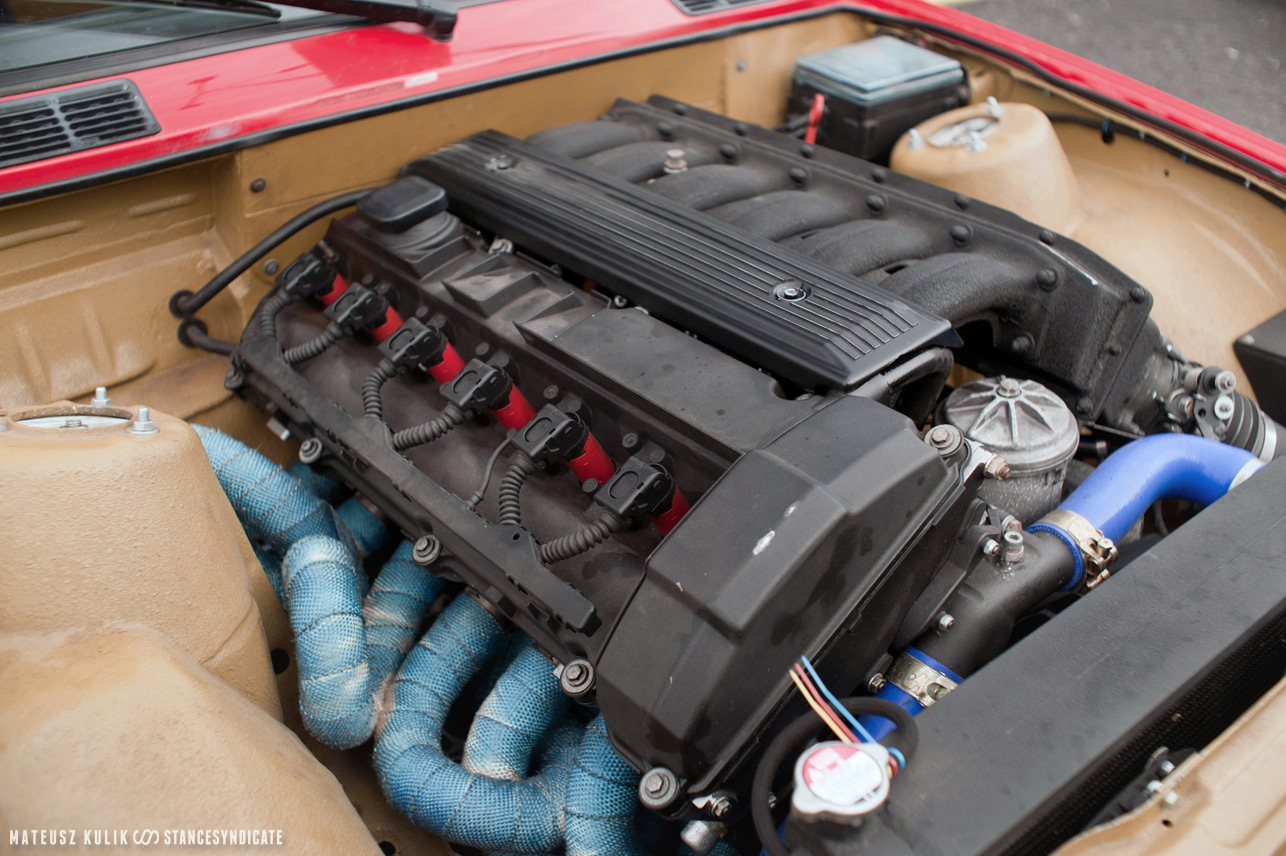 Another car that caught our attention was this BMW E30 beast running 3.0l stroker on sharp camshaft and lightweight crankshaft, breathing out through mad macaroni manifold. It’s a project that didn’t happen overnight. It was built for months and it is driving – unlike the latest trend on the scene to build cock-expanding sculptures. Can’t wait to see it sideways! Sculptures can’t do that. 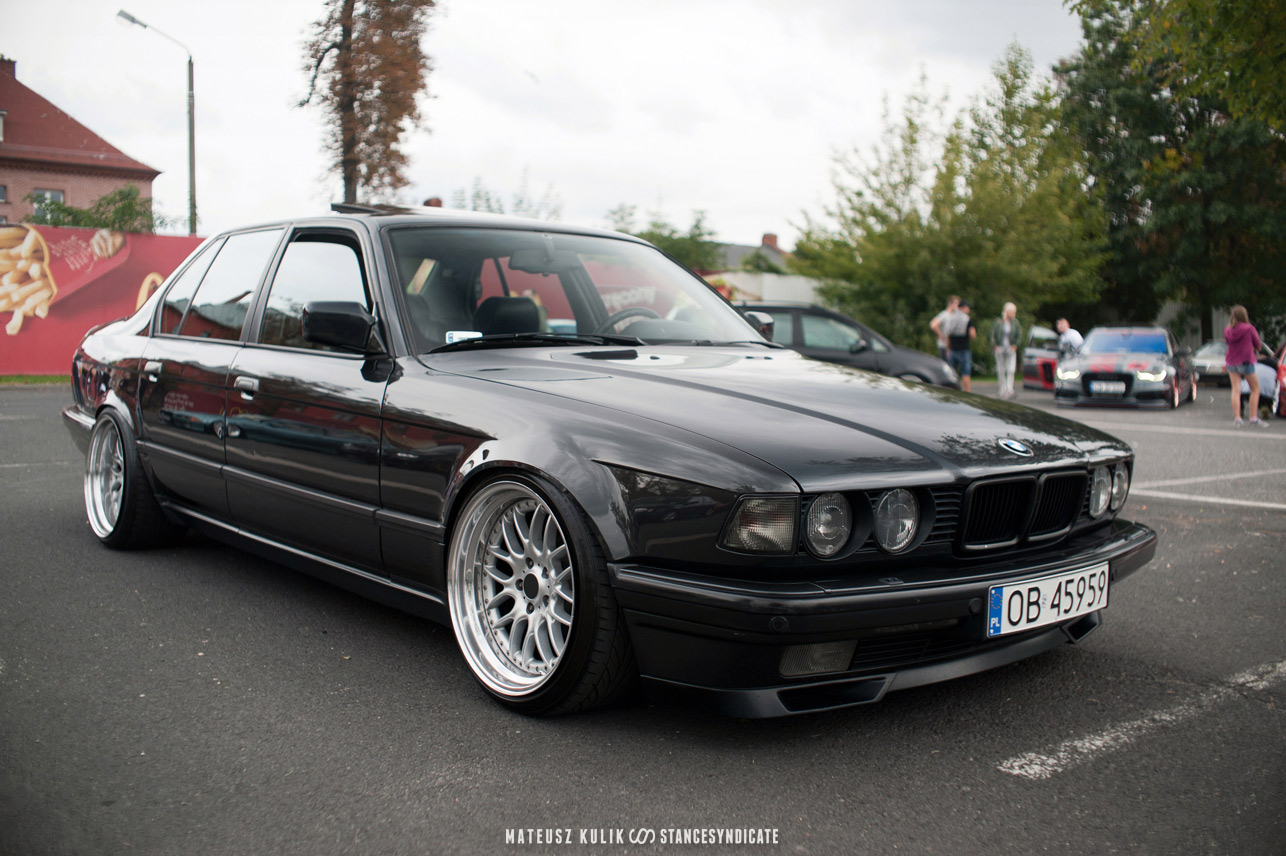 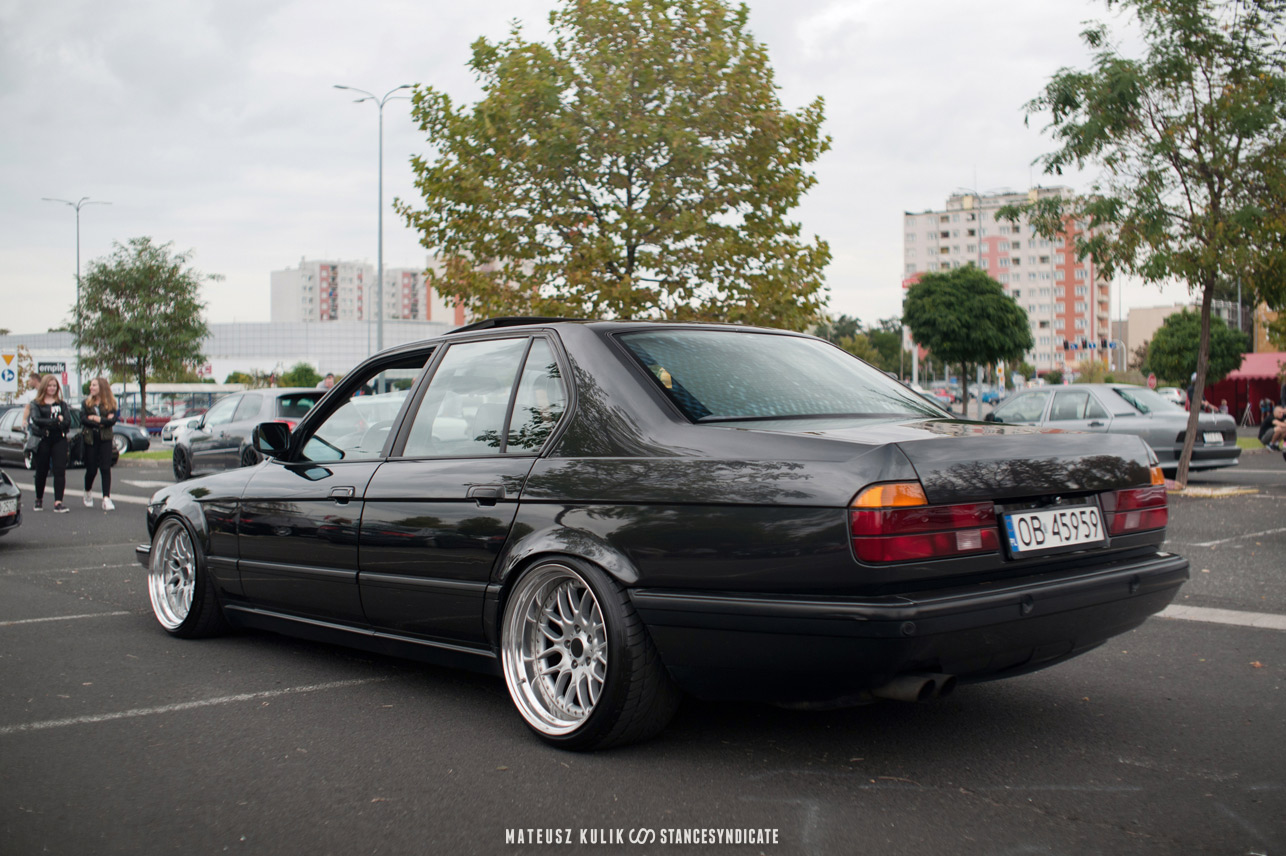 Also Denis’ new project – a spotless BMW E32, built a short moment before the meet, caught our eye with its simplicity. Since it’s a local project we’ll quite likely have a closer look at it at some stage. 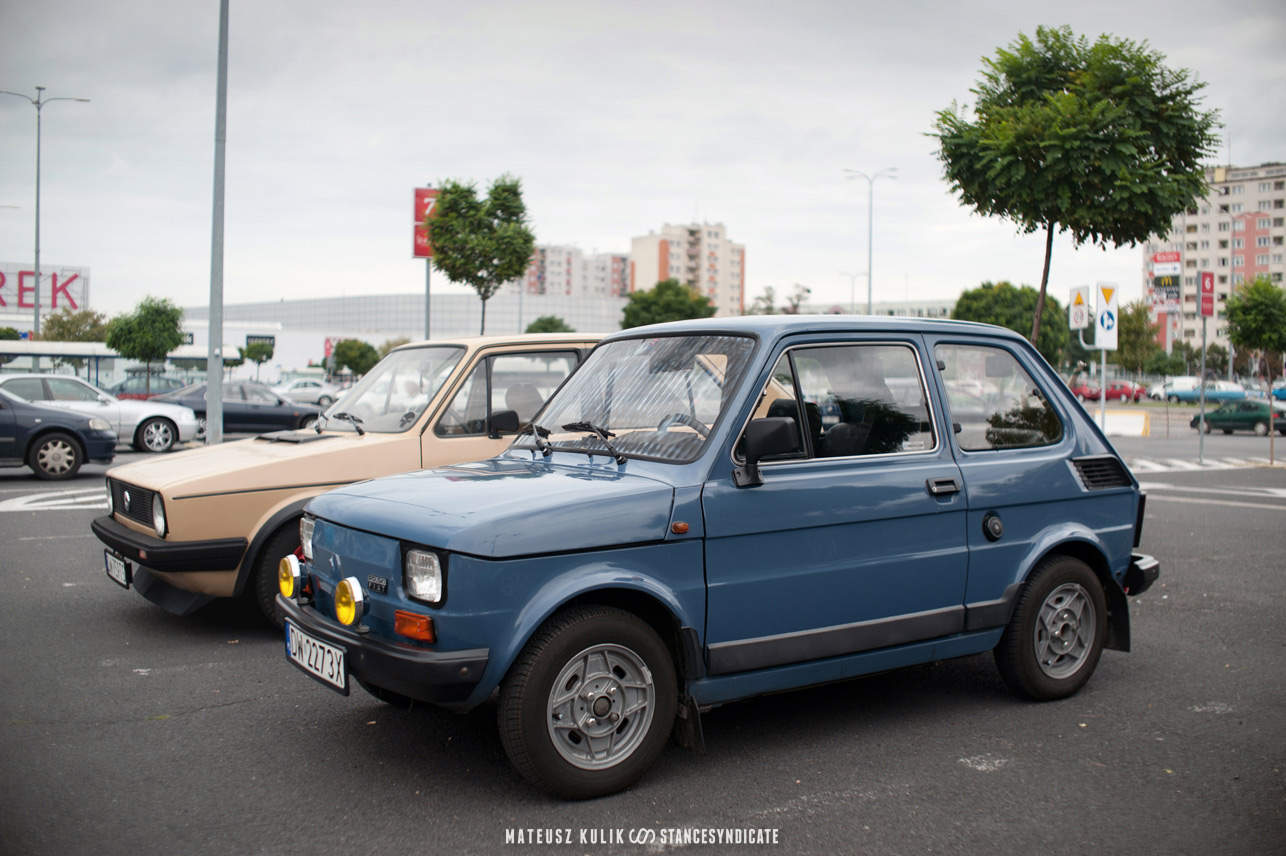 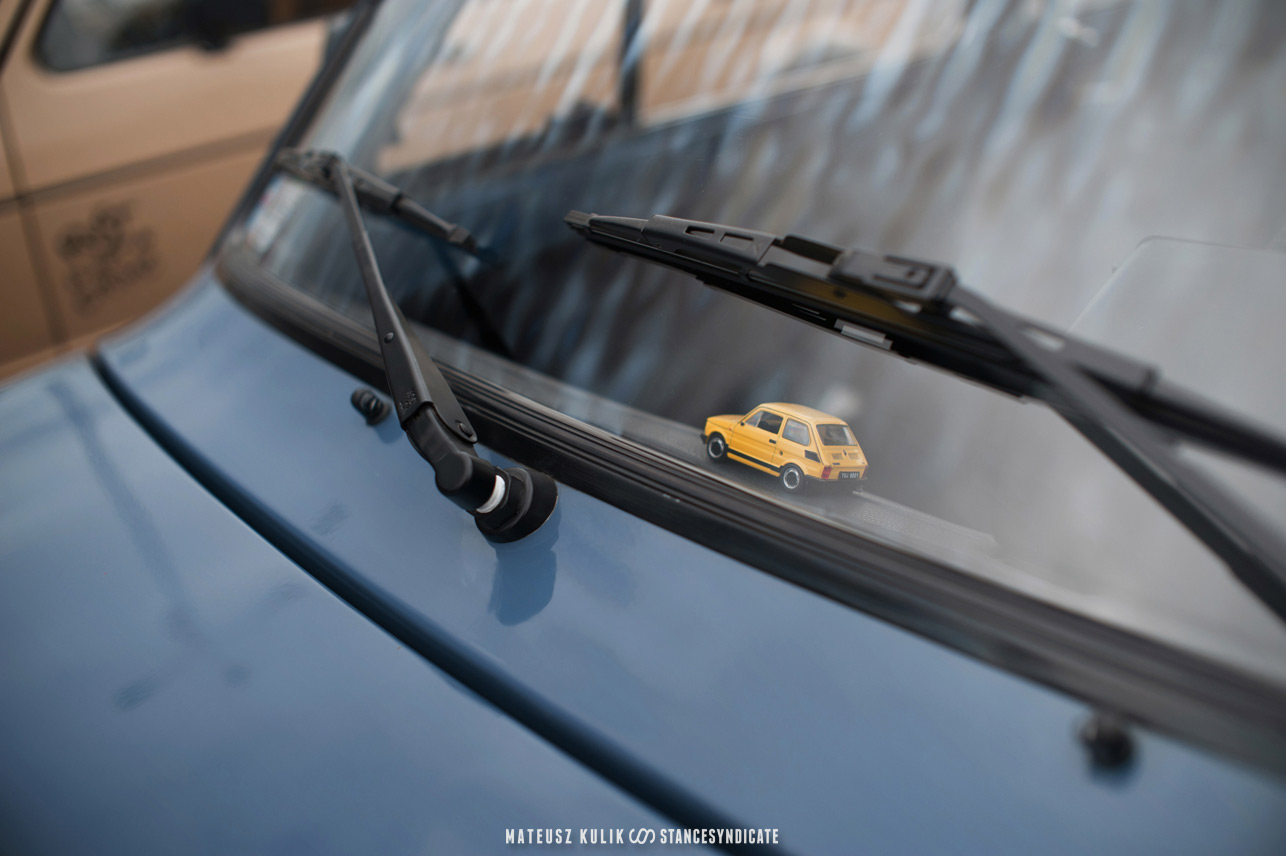 And finally a car that is completely standard and needs no introduction. The only car which made us walk over from one end of the car park to another – a simple Fiat 126p. Love the classic yokes! Respect the elders – even if they’re just a little Fiat. 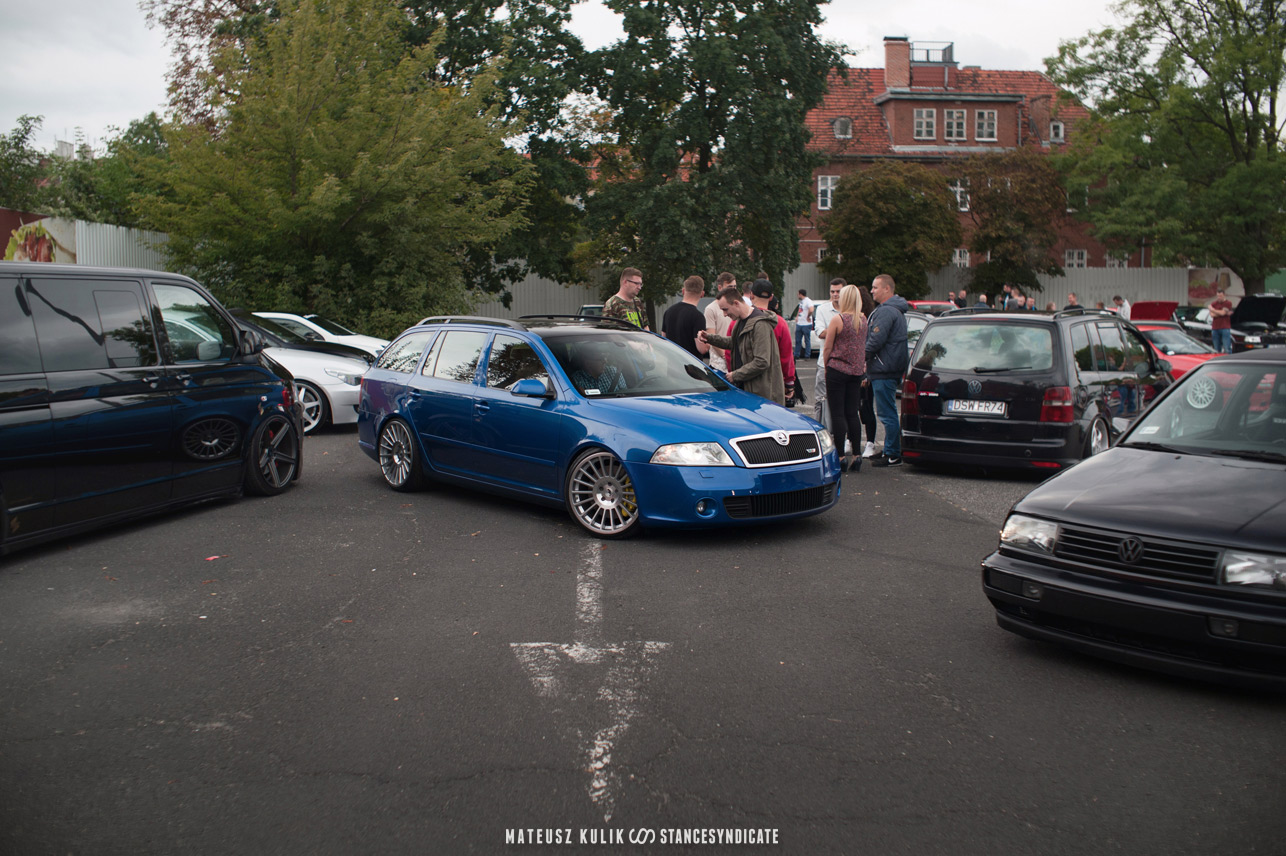 This year’s show season was slightly different than the previous ones and brought some changes. The scene is no longer the same. The world is not the same. It’s all changing. Soon enough we will be driving electric cars or they’ll be driving us. What will so the new season bring to shock us? What technologies will fame gainers employ to grow their cocks for another inch? Let’s find out in 2017. 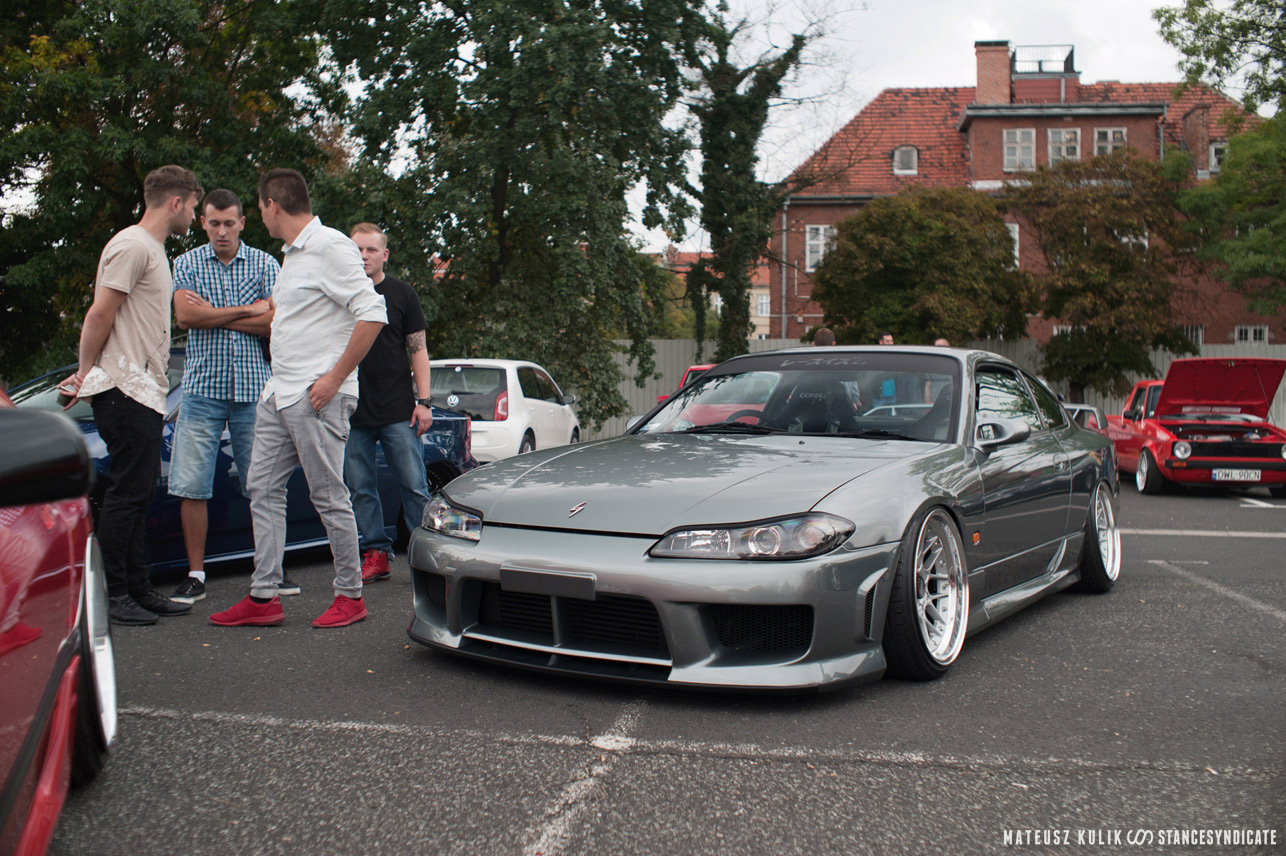 Roll on the new season! But for now let’s get back to garages, let’s build some great cars, show a bit of love to youngtimers… have a style. Forget about sculpting. You ain’t good at it. 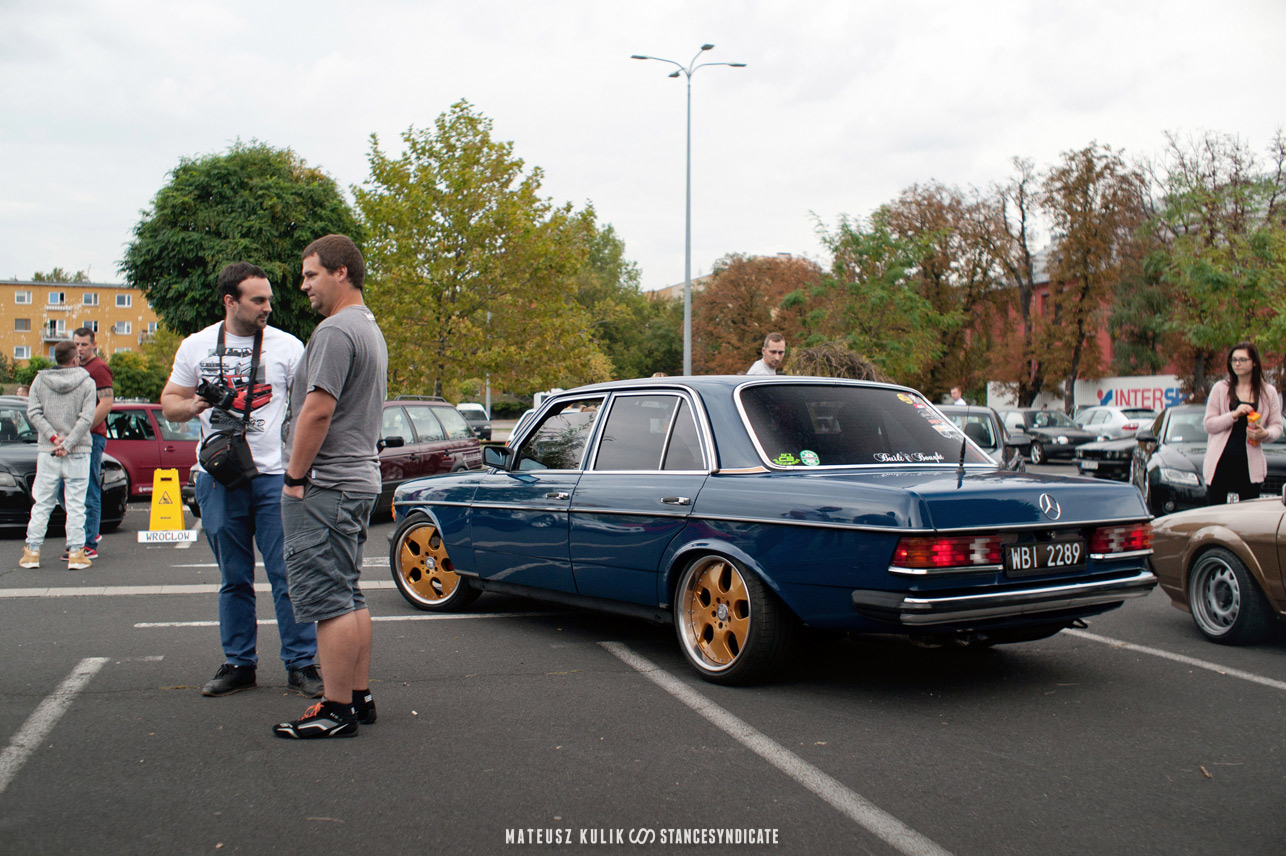 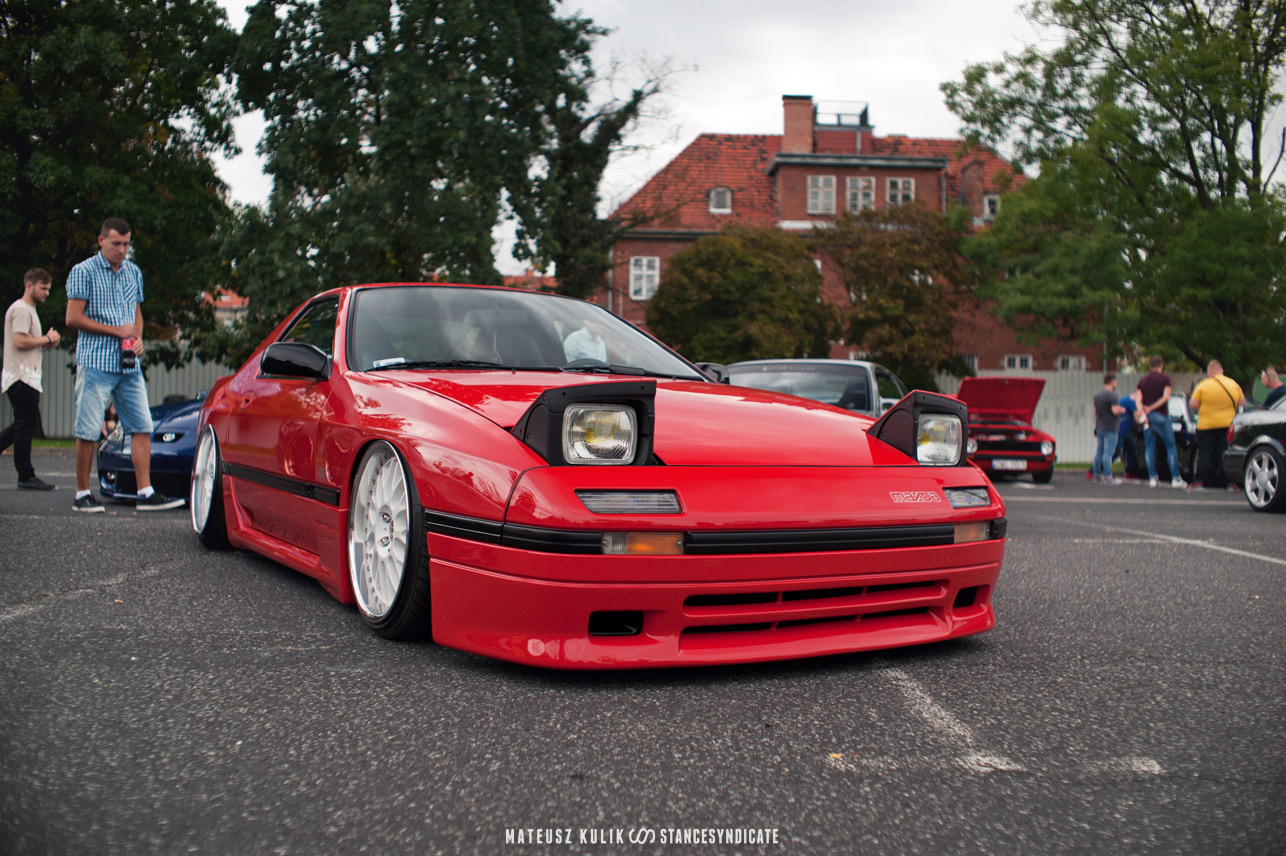 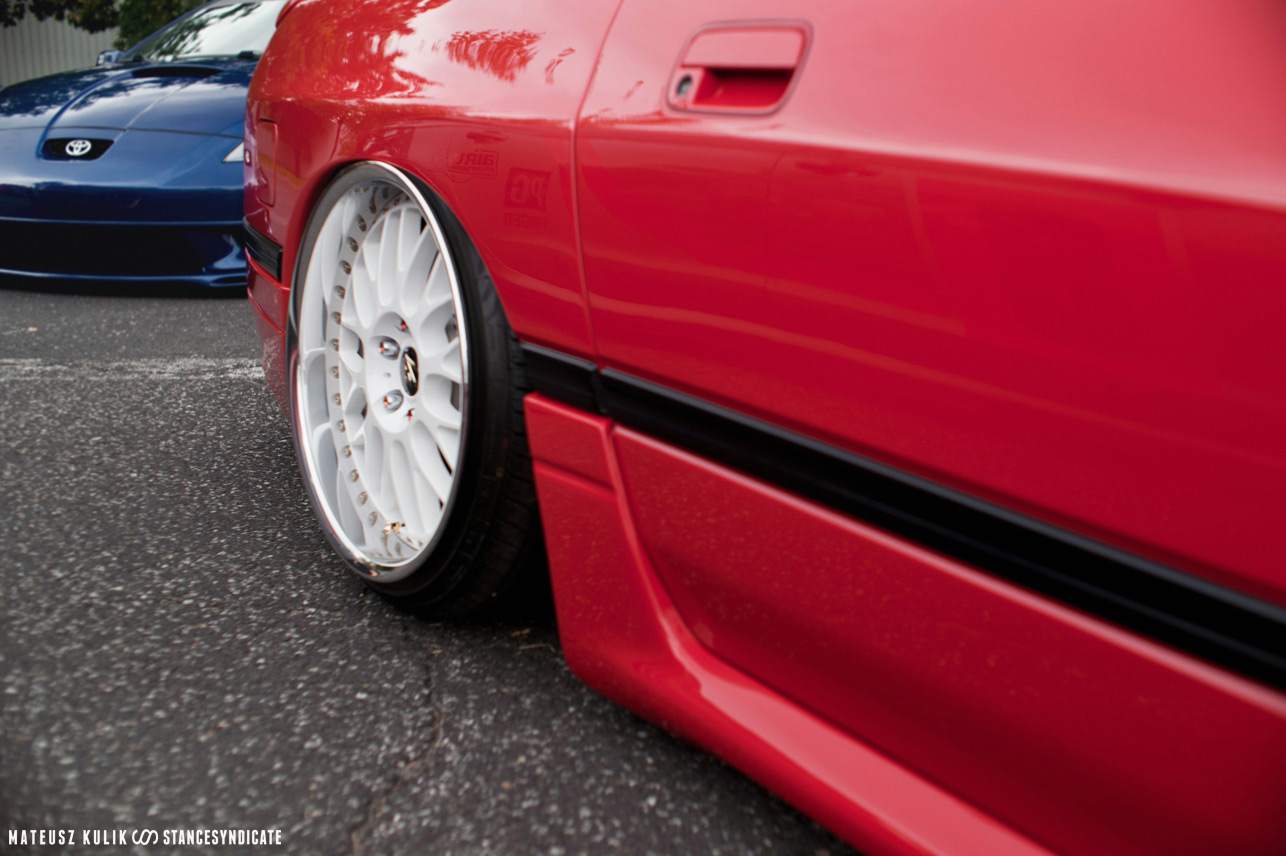 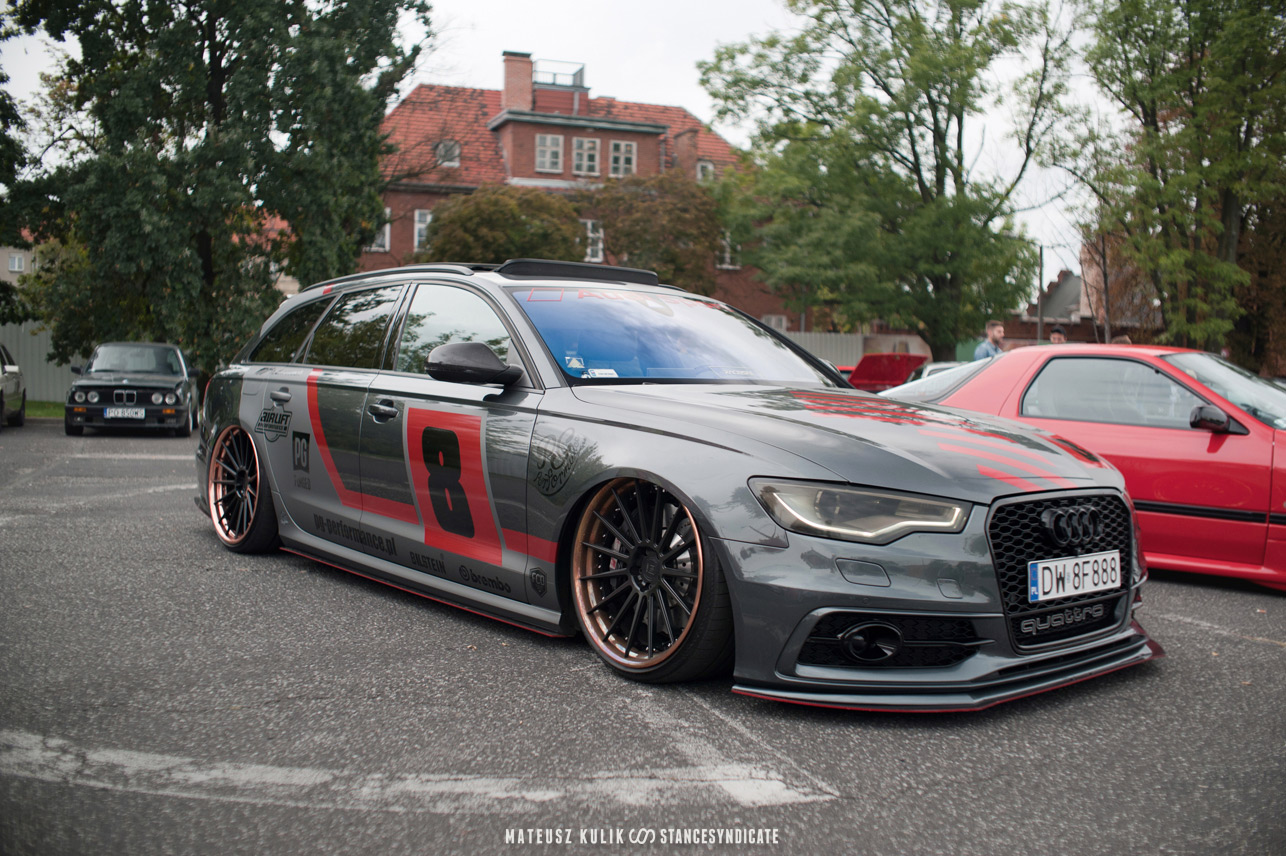 *DISCLAIMER: If you don’t like the above opinion you may as well hit CTRL + F4.