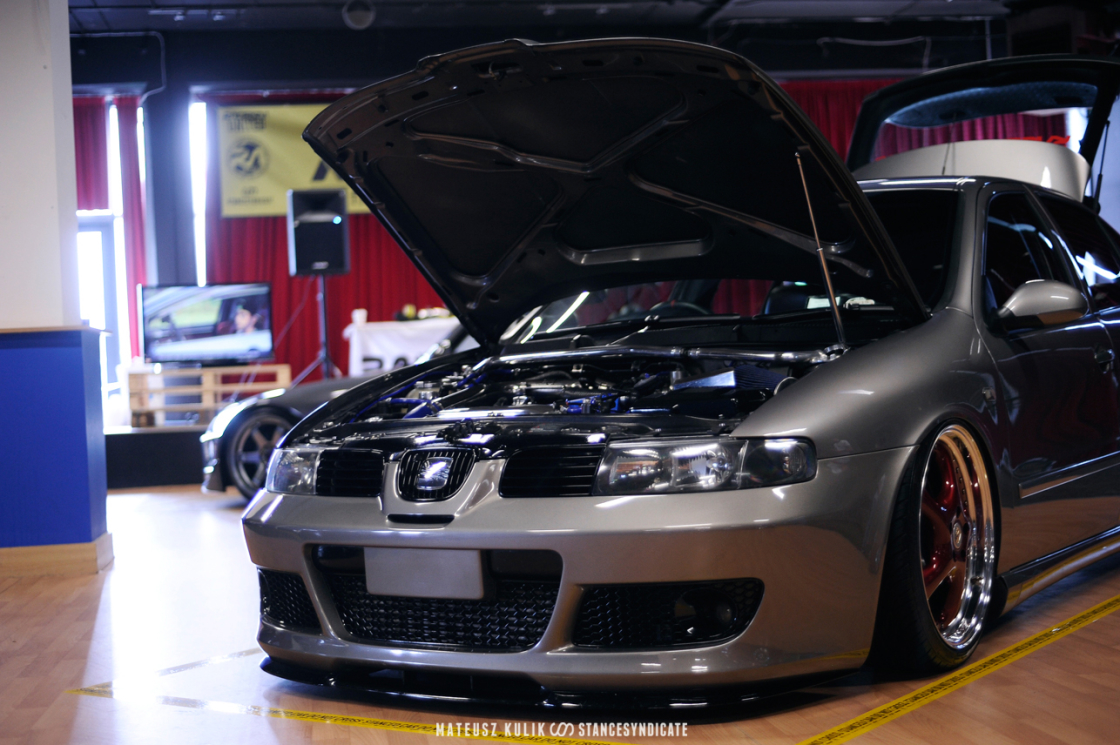 Heatwave Motor Show was never on our calendar of events. It simply wasn’t our type of show. Crowded, full of rice rockets, LEDs and big arse spoilers… ricer boy, please. Skanger me banger. It seemed like the dark side of the moon, somewhat alien. Kind of a relict of the past – late 90s blast. Bodykits, Halfords and Van Aaken stickers – the modified scene. We, on the contrary, like our cars clean. 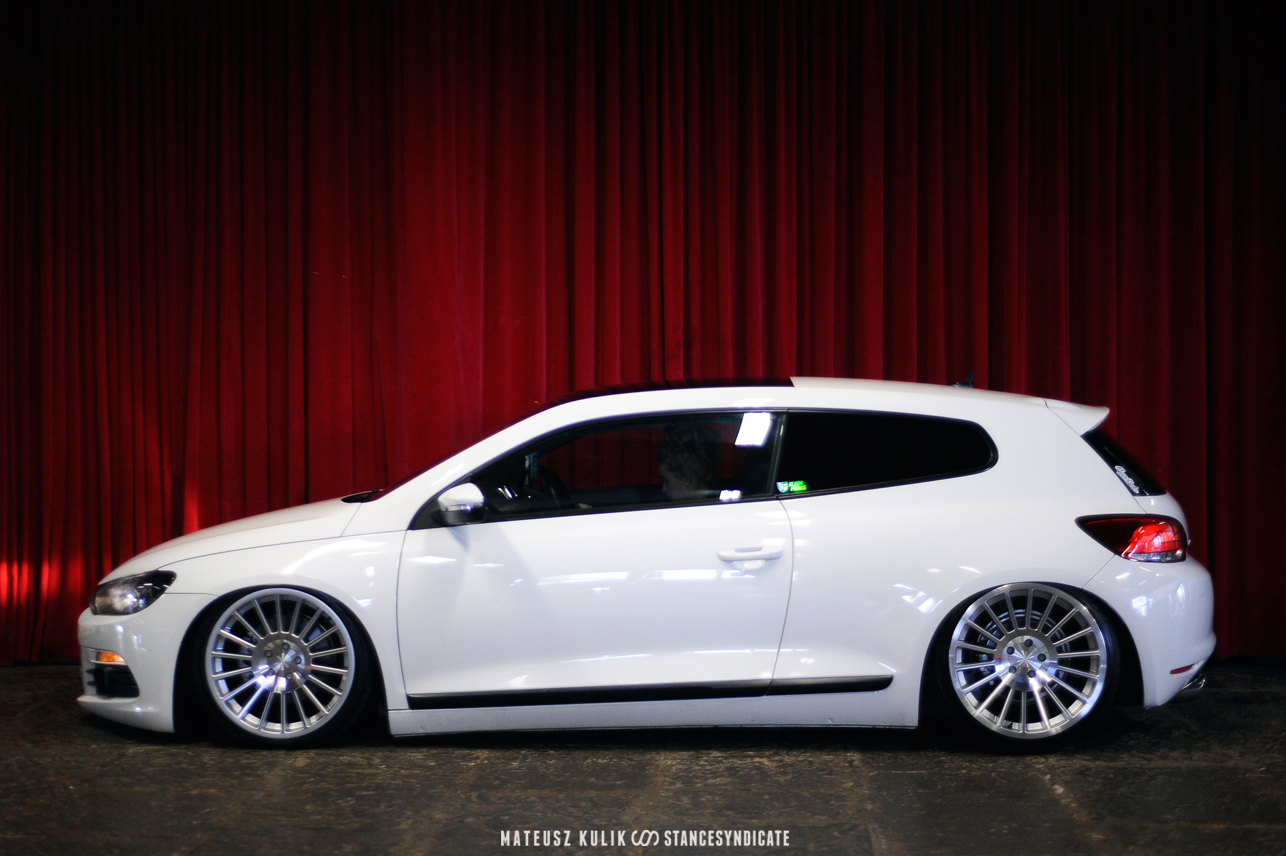 “You’re about to start a war” – something tells me, but fuck it. Sure war is coming anyway, they say, and improvement never comes without honest critique. Feedback is essential to keep things moving forward. The feedback we’ve got on Heatwave Motor Show before coming there for the first time in 2014 – was not in favour of the show, as you read in the first paragraph. It seemed to be in the “no-go” zone. 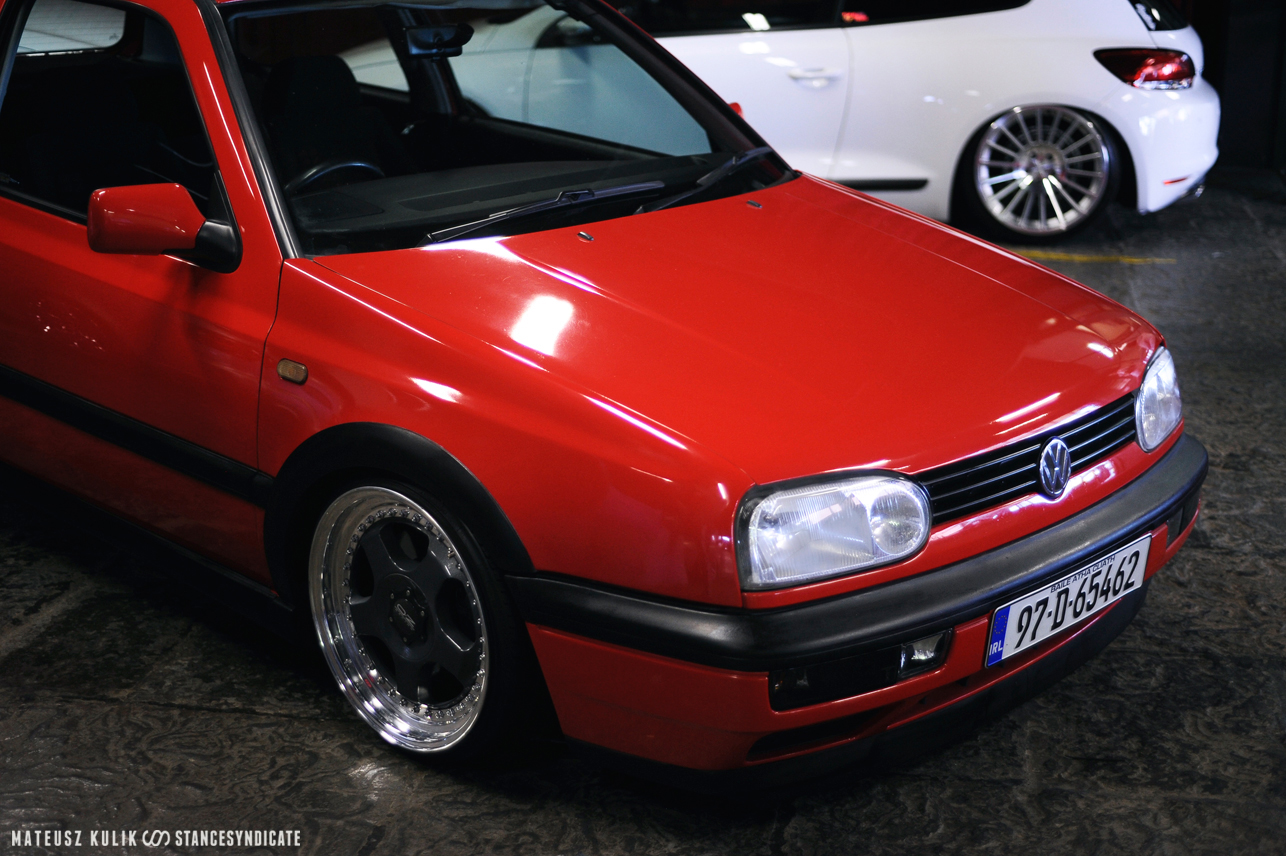 But in 2014, after the second edition of our mad road trip across Europe – #24hLeBags – 2200km+ on wheels to two top Polish car shows – Raceism Stance Fest and Wolfsgruppe VAG Event, we were looking for an excuse to get the Raceism United crew together for some good time before the end of season. Though everyone said: “don’t go”, we decided to give Heatwave a chance.

Spoiled by what we’ve seen earlier that season, expecting not much at all from the show, we ridiculed it. We just thought that it was a decent enough reason to get together and have a drink in Dublin. But when I look at the photos from last year’s Heatwave, it seems like it wasn’t that bad. There were a good few nice cars on display… 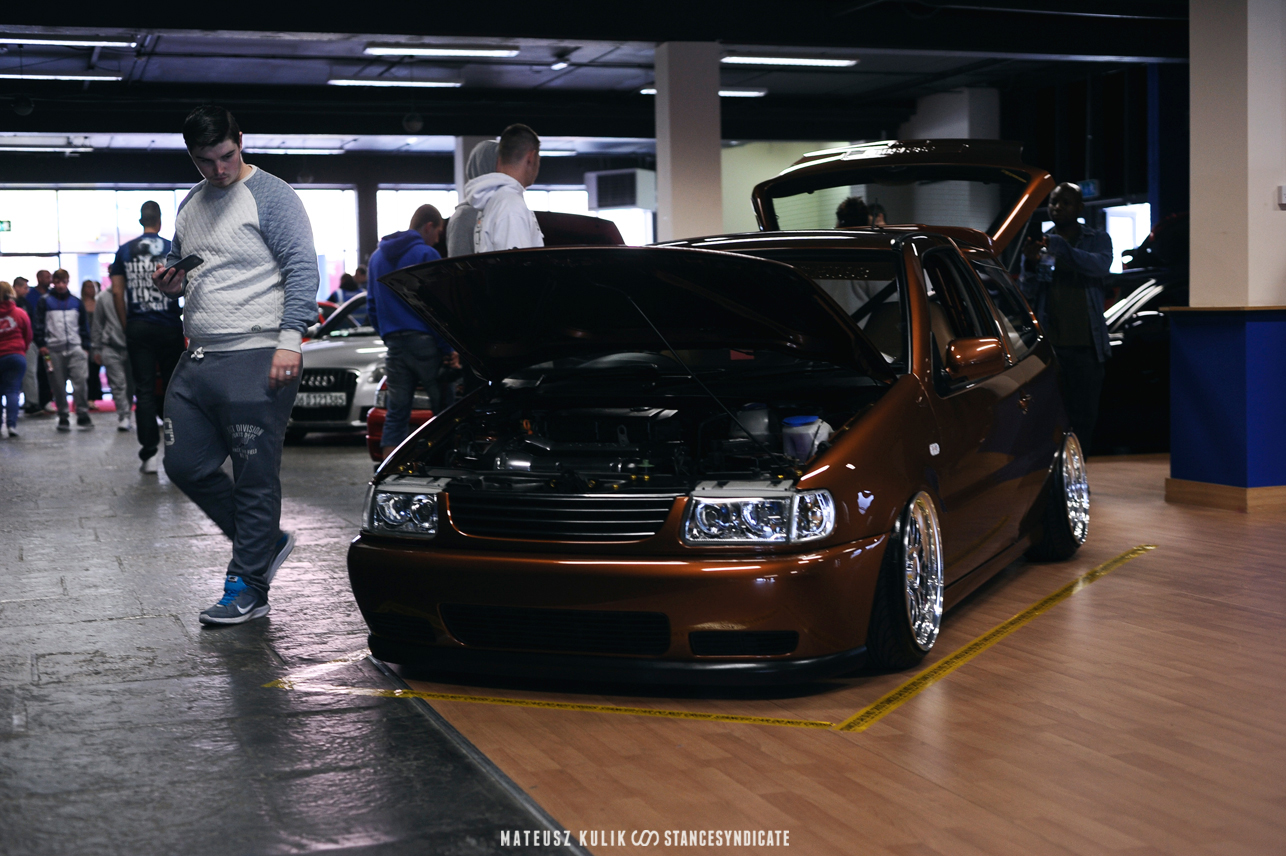 Unfortunately, a few other… made that bad impression which caused backlash from all directions. Due to some awful mistake in car selection – a whole section of cars, which almost all looked like after a joyride, was planted in the prime spot of the show. #Sexy – it was just a few cars but often these few make the name. 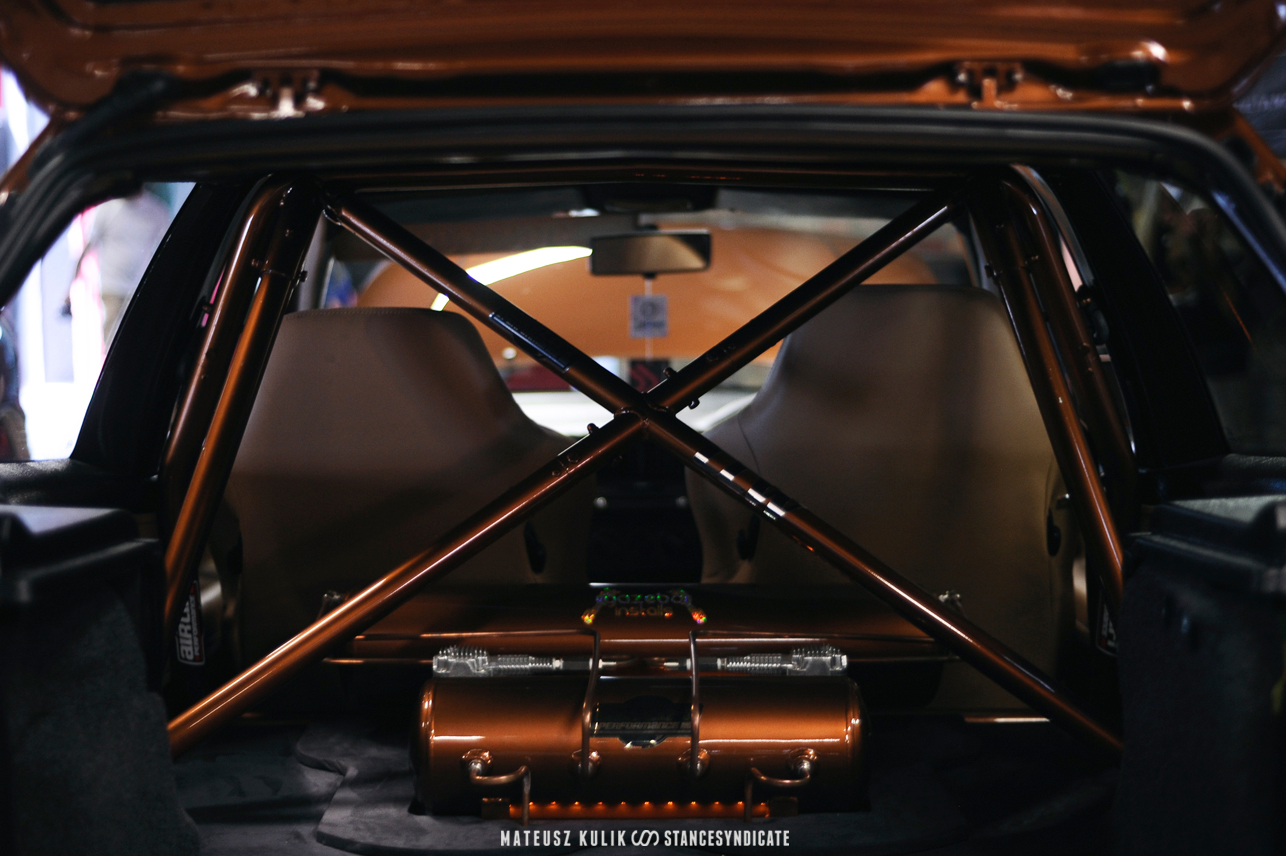 It’s not a surprise that this situation caused a flood of “very favourable” opinions from across Irish scene. We just made a comment on what we saw. And what we saw, wasn’t eldorado. Soon, Ray, who is the organiser of the show, got in touch with me to discuss some things. We spoke on the phone for over an hour looking for a solution to make stuff better. 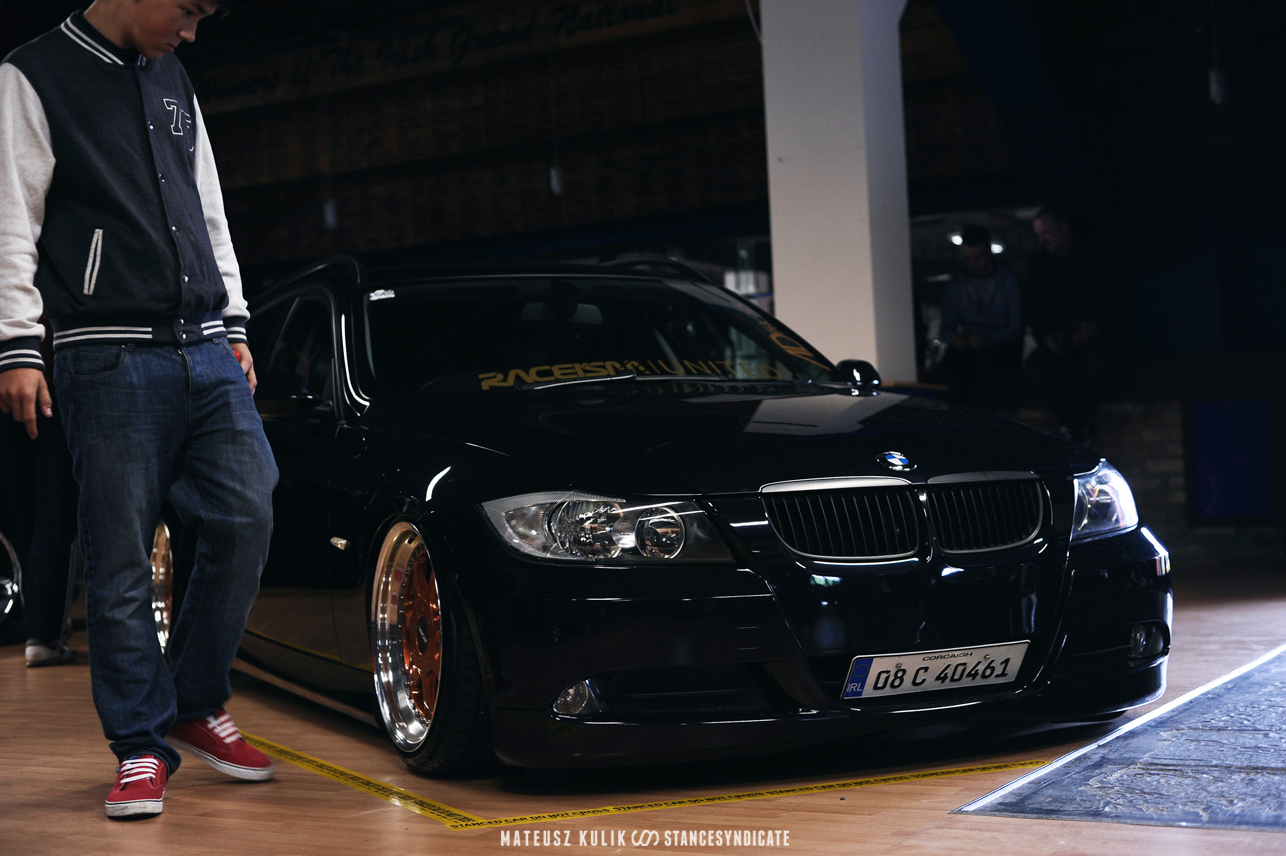 We also met a few times to chat about it and when Ray offered me to take care of a hall at Heatwave Motor Show to effectively run an indoor micro-show – I thought this was a good chance to expose some quality motors and, moreover, attempt to do it in a way that wasn’t seen around Dublin yet – though it would take place at the longest running modified car show in Ireland a.k.a Ireland’s No. 1 Motor Festival – as I heard on the radio. 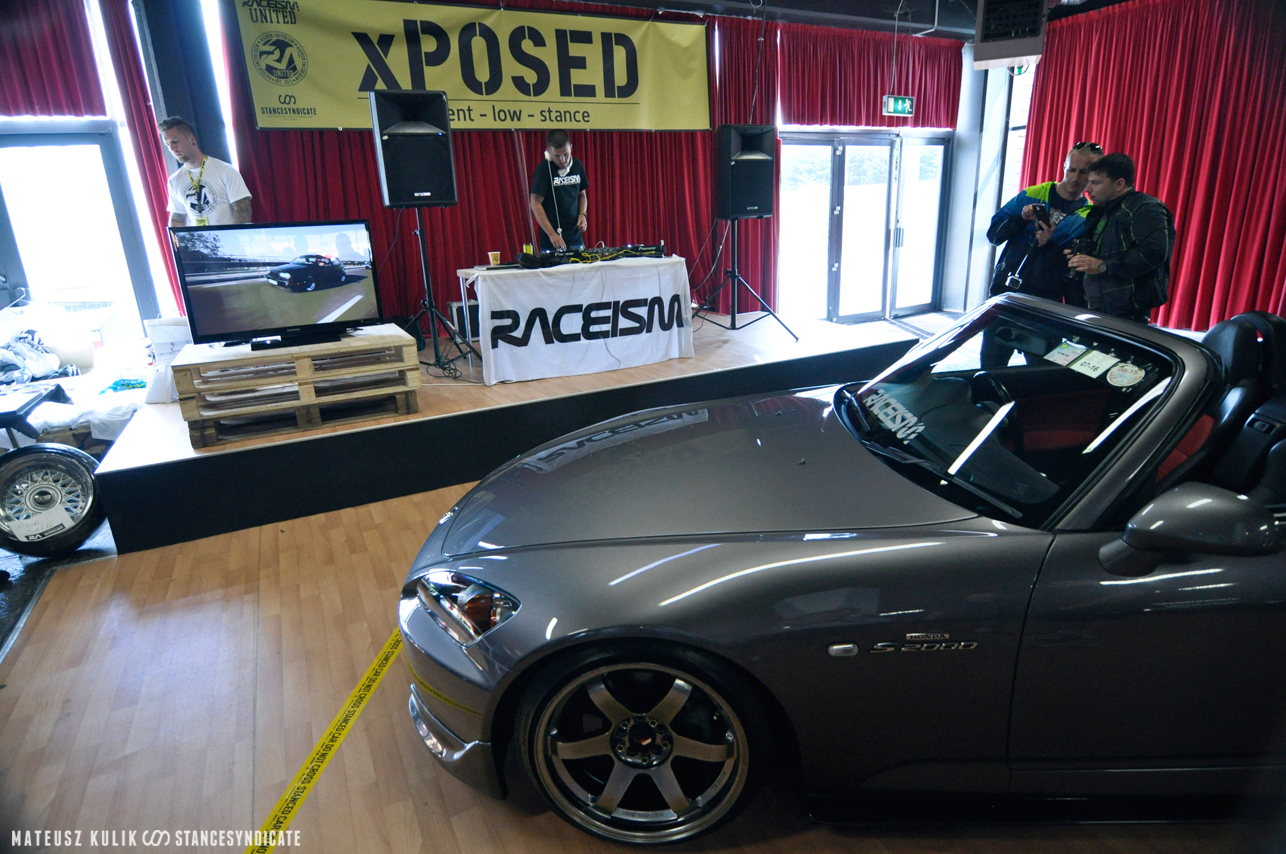 It was a challenge. A job out of our comfort zone. One that we needed to take to educate. To show everyone coming to Heatwave that cars can be done with a touch of style. There’s no need to lay low with our laid low yokes, so we decided to show them to the public. This is how xPOSED was born. The idea was simple – to get cars that represent quality together on one stage. Makes and models didn’t matter – we wanted a show for all betting on Fittment and build quality. Because who would bother to come and look at some scruffy ricer boy bangers that you can admire every day when you get your groceries at the local Tesco. 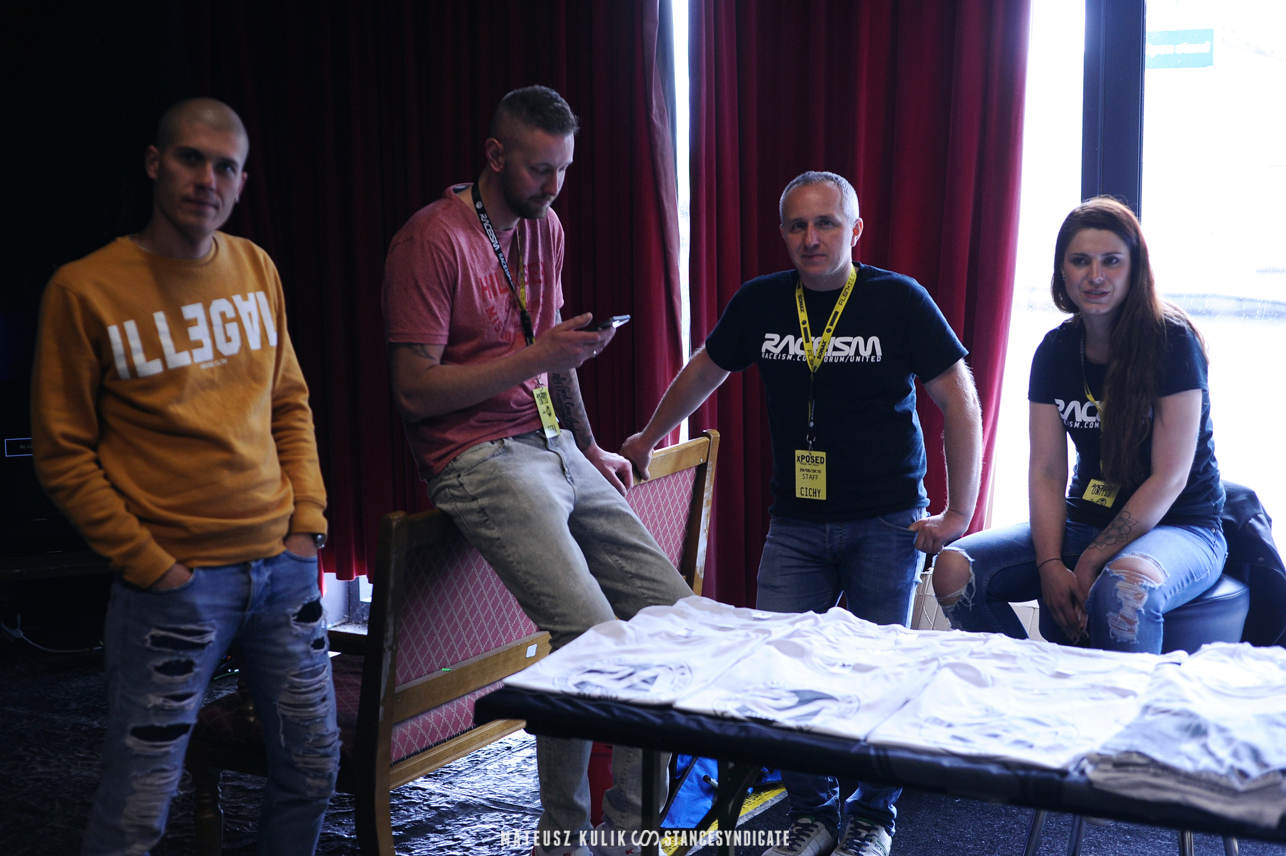 So together with Raceism United Crew we took on a difficult mission. Some said we’re mad trying to do this. “No one is going to come!”, “it’s going to be a disaster” – some of our friends said. Even in our own crew prophecies of a spectacular failure could be heard. But once we decided to do it – we had to do it! And we had to do it big, with a bang, or go home! Initially we had spaces for 25 cars, but getting this many – was a challenge, don’t ask why. Eventually we’ve managed to get 15 cars for our xPOSED micro-show. 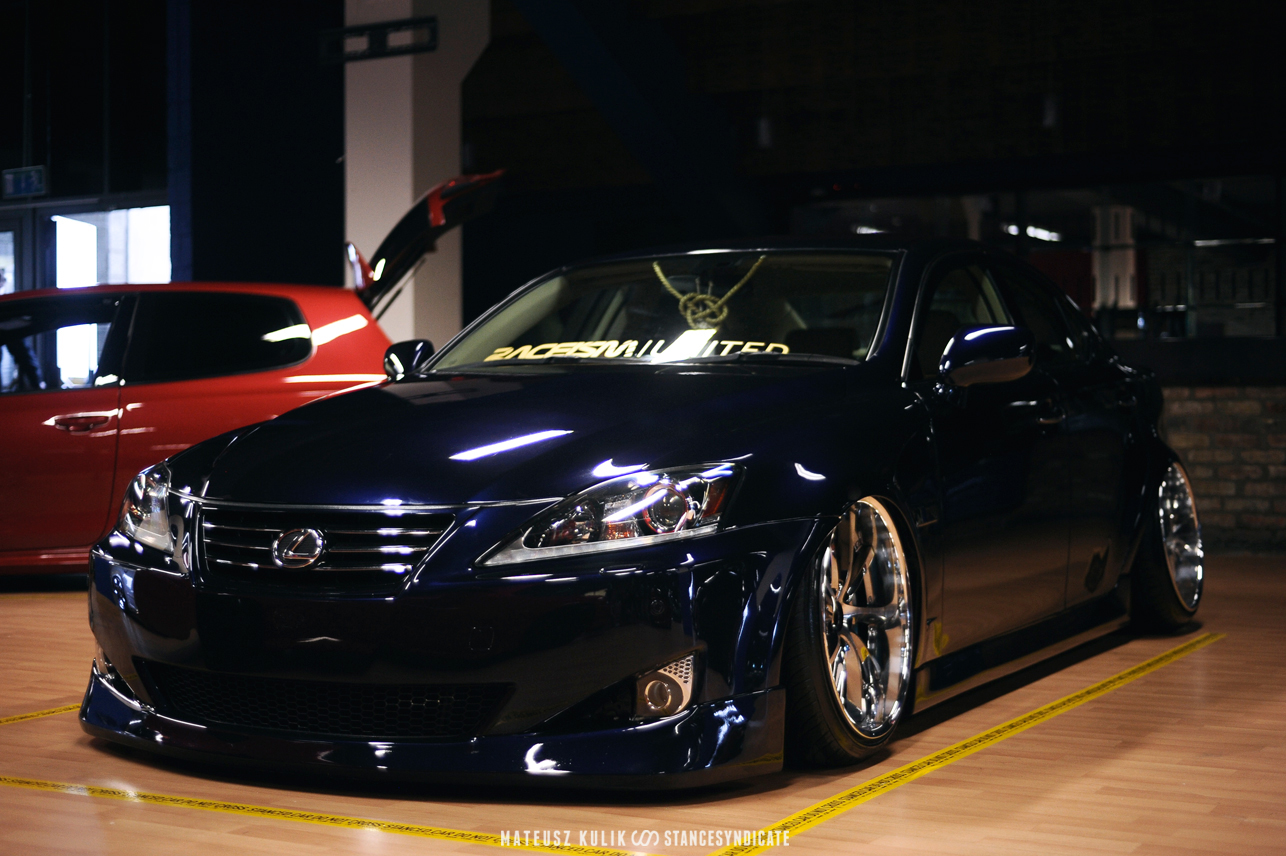 At first, xPOSED was supposed to be situated in the main hall under the grand stand of the Fairyhouse Racecourse where we would easily fit 25 top class projects, but since we only got 15 and Darren’s fat-ass Lexus IS220 wouldn’t go through the door – we got an another smaller hall. Which turned out to be just perfect for our needs. Inside, DJ Rapa was dropping fresh beats filling the ambient with music to make the xPOSED experience a remarkable one for both – the visitors and our drivers. 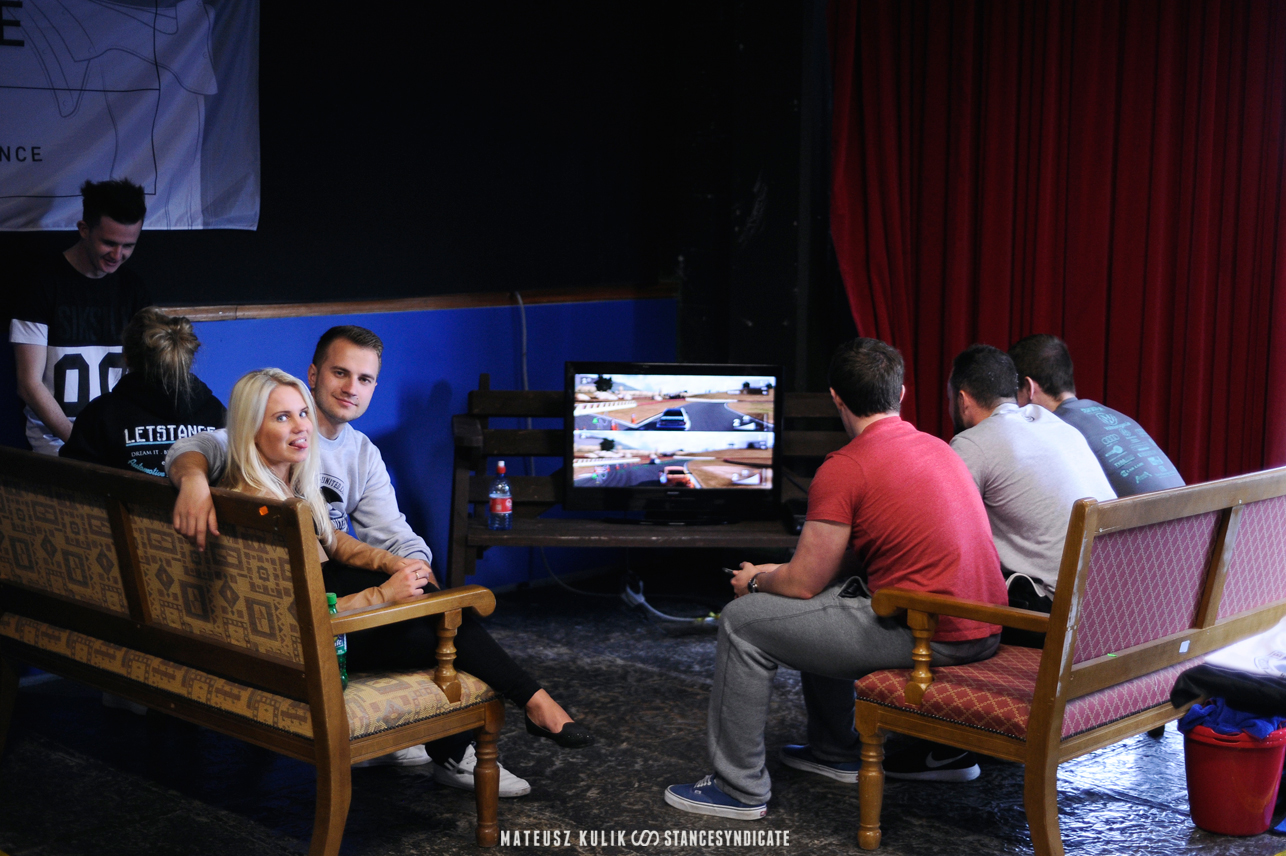 Our main goal was to keep our drivers happy about being part of xPOSED and our Raceism family. We wanted everyone to enjoy the day. We’ve got a telly to show some great European shows and we have setup driver’s corner where one could chill-out playing Forza on Xbox. For the final touch the hall has been decorated with Raceism flags to add to the overall look of our µ-show. But the most important were the 15 cars that made it to xPOSED. We’ve got a great selection of builds. Both VAG and JDM. 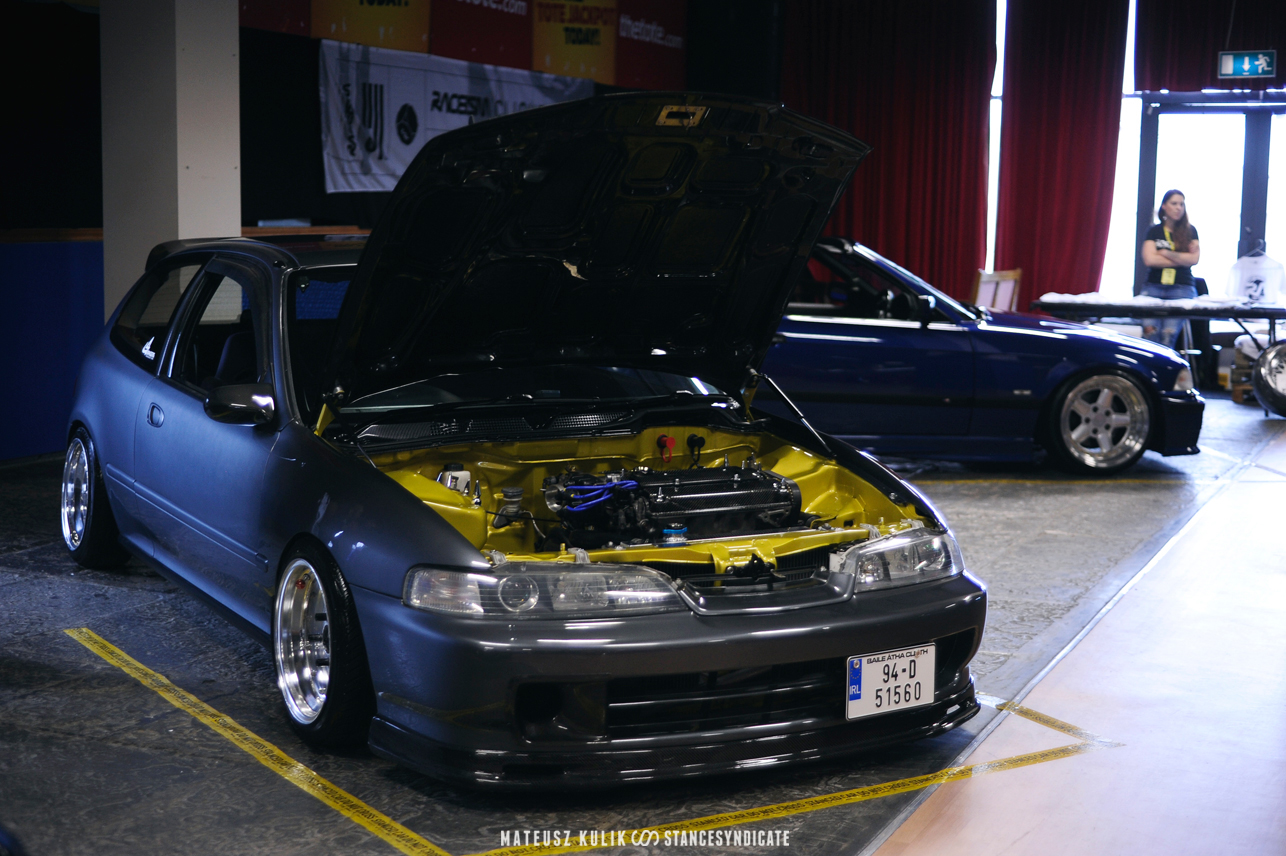 xPOSED had some really nice cars on display. Like Daniel’s perfectly fitted bagged Seat Leon Cupra R or Mark’s static Honda Civic with Integra DC-1 front to mention just two, but the other lucky 13 on show were equally top class. Some deserved a distinction, so we’ve got some cool prizes for the selected Top 5 cars as well as for the best static and airride builds. 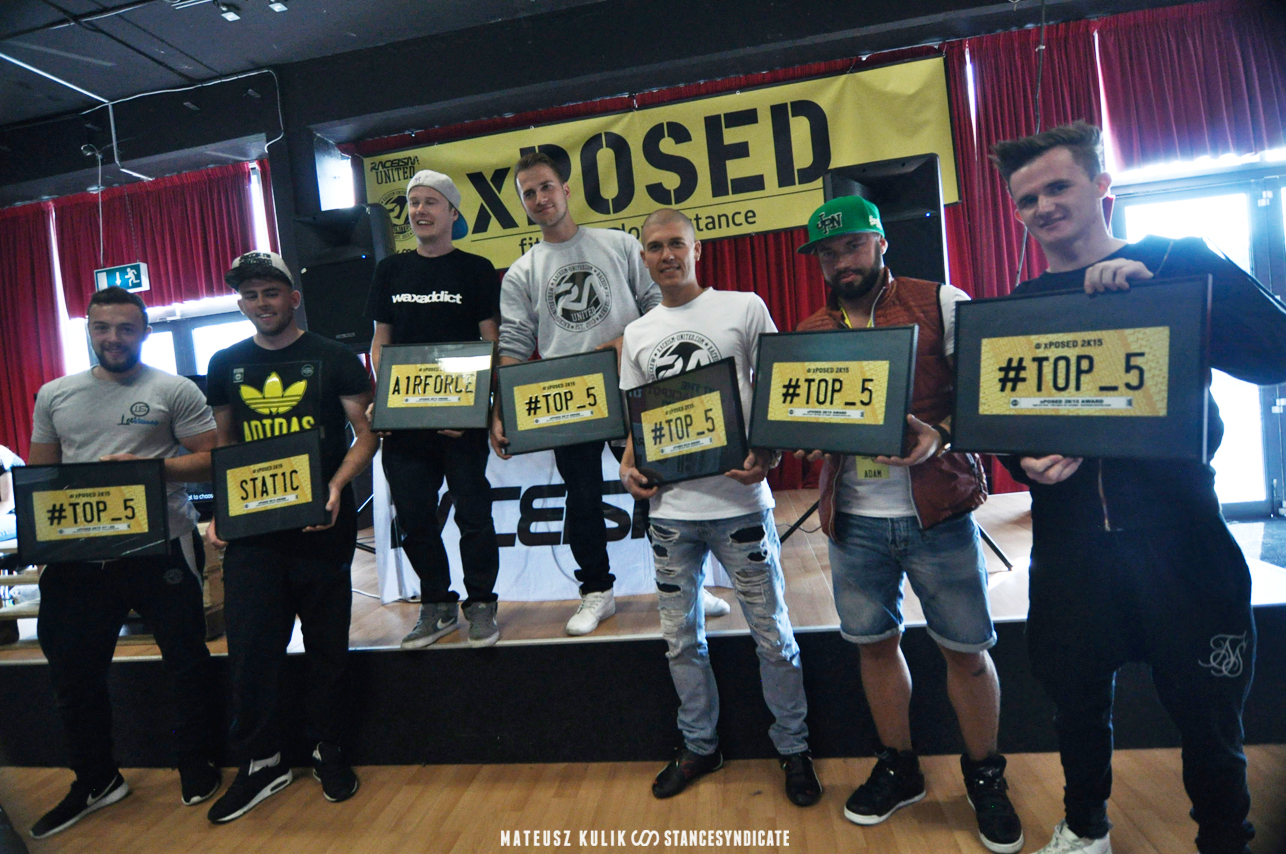 Yeah, true. We’ve got prizes for nearly half of our display. Because why not – simply for a bit of craic. Everyone seemed to have good time and the whole day at the show went by really fast. I spent all day at our µ-show forgetting to eventually take some snaps outside of our hall. 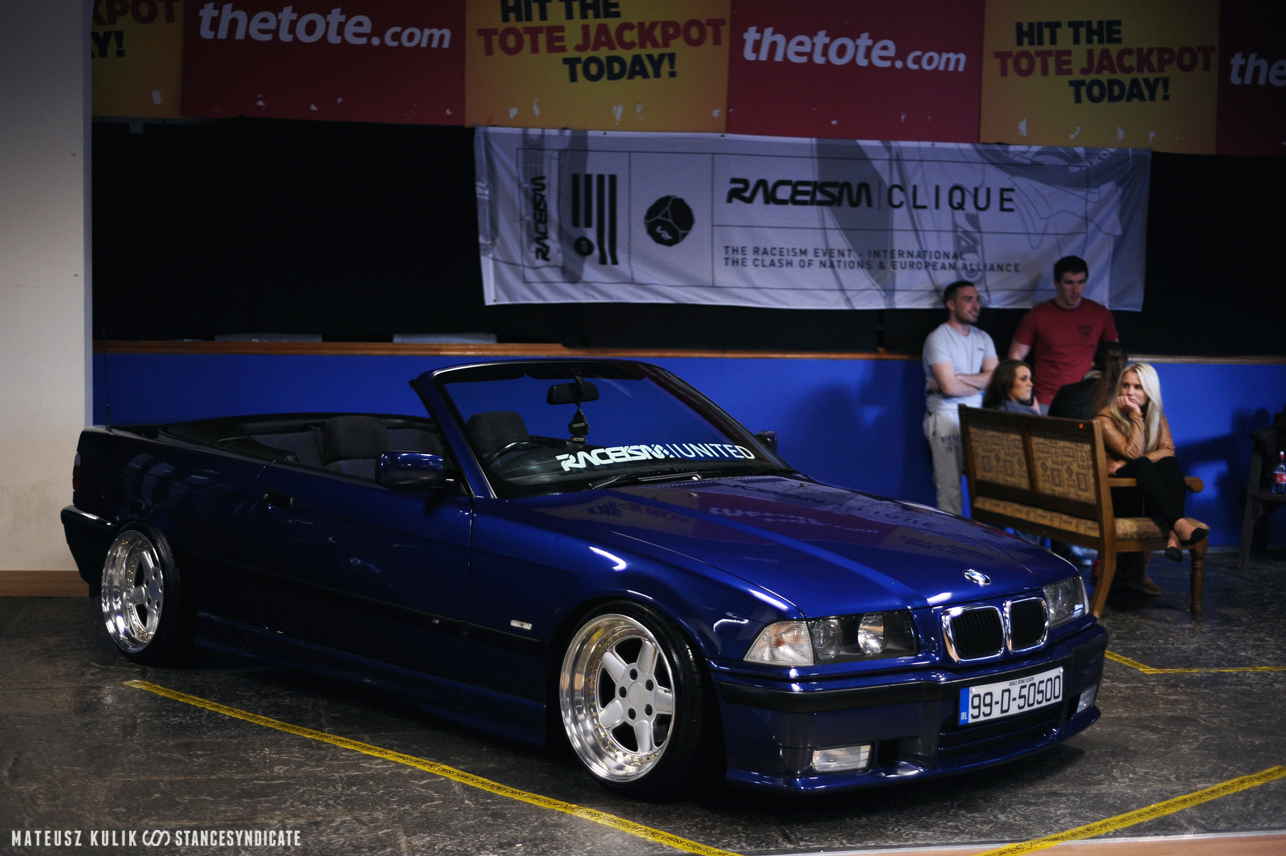 Meanwhile, this year’s Heatwave Motor Show had more to offer. The selection of cars was much better and the joyride wonders seemed not to be seen anywhere. Out of all projects on display Sierra RS Cosworth on BBS look-a-like’s and bagged Opel Astra Bertone Convertible were my favourites. But the best fun outside of xPOSED was… 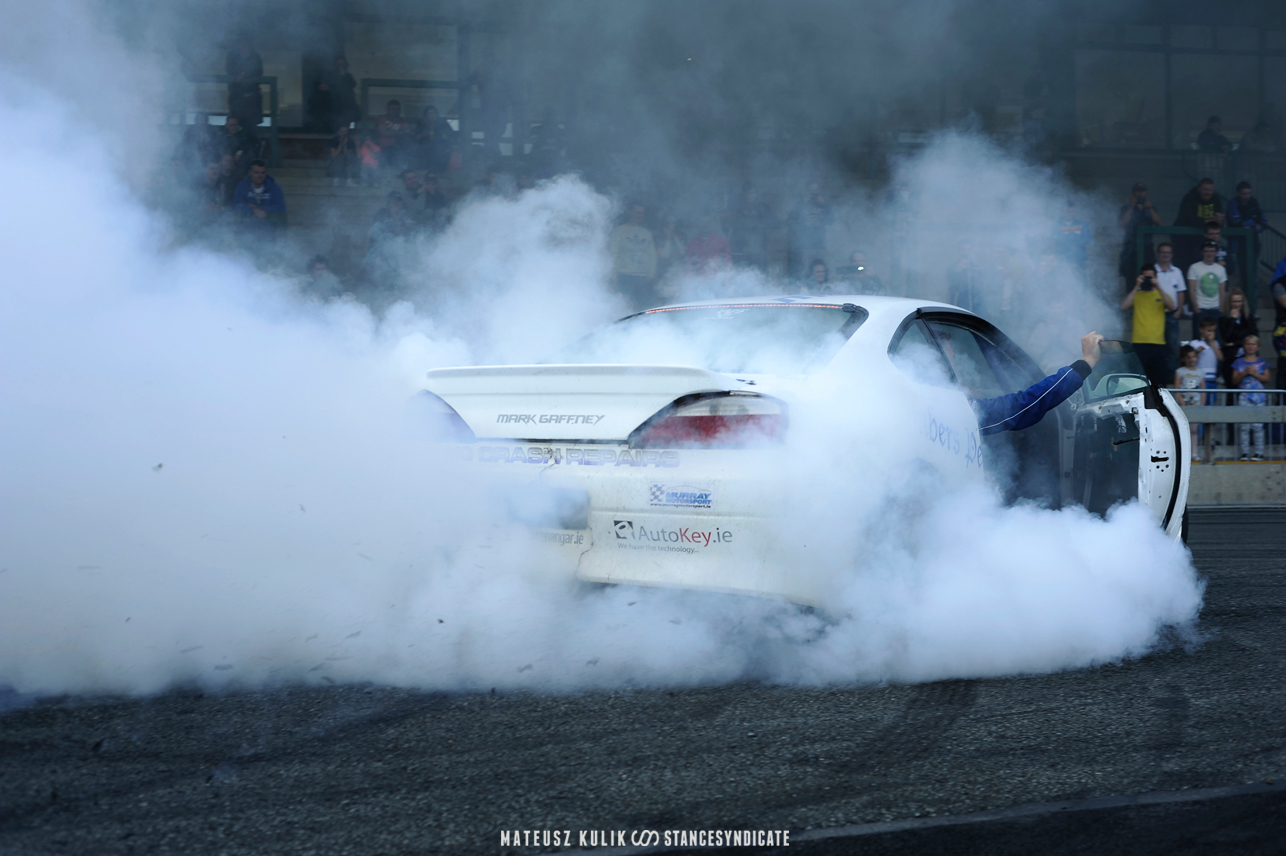 …in front of the stands – at the drifting a.k.a tyre burning section where cars were going sideways, doing donuts, burning rubber, blowing up tyres and engines in a mad show off for the thrill seeking public. The drivers did their best to deliver the most excitement to the full stand of spectators. In flamboyant moves they burnt threads of tyres allowing spectators to get high on excitement and freshly burnt rubber as they watched the drivers compete like gladiators for their applause. 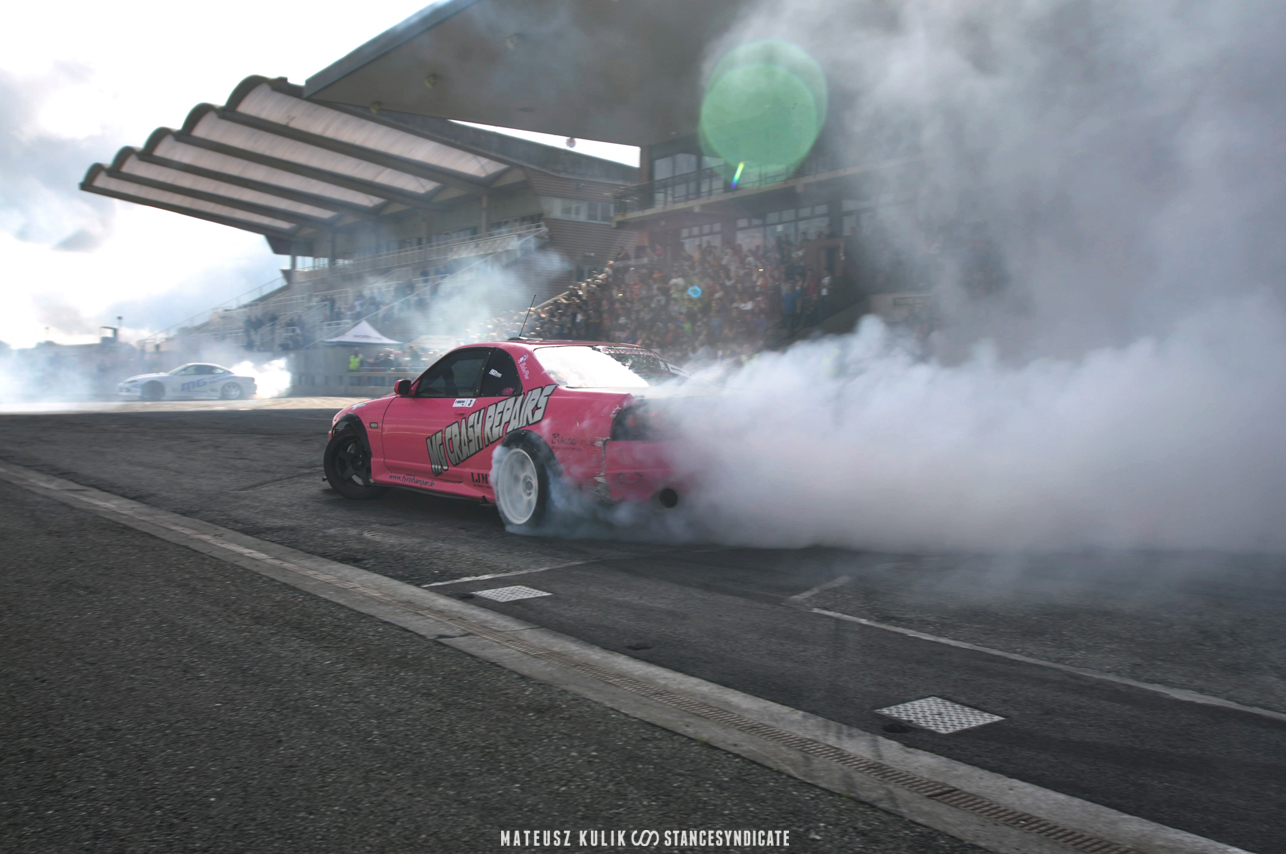 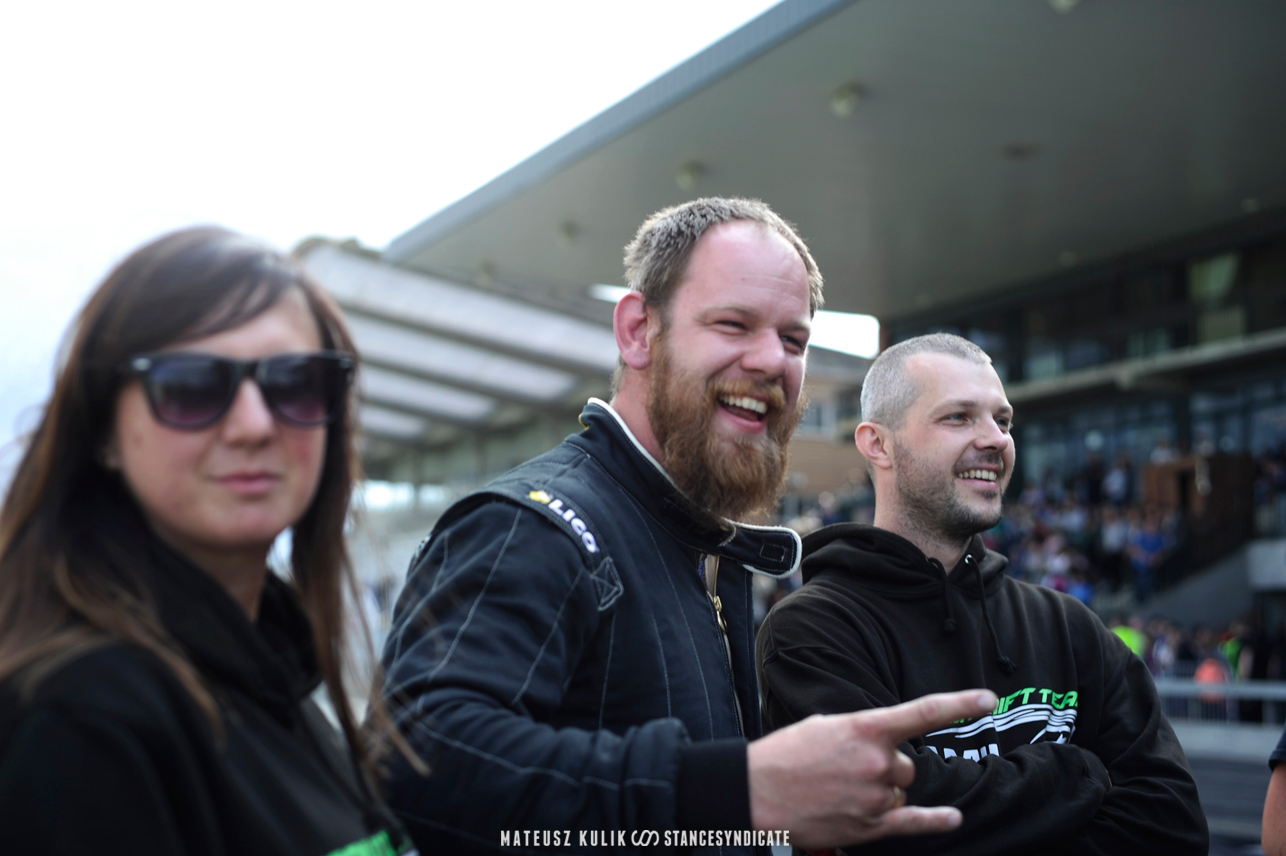 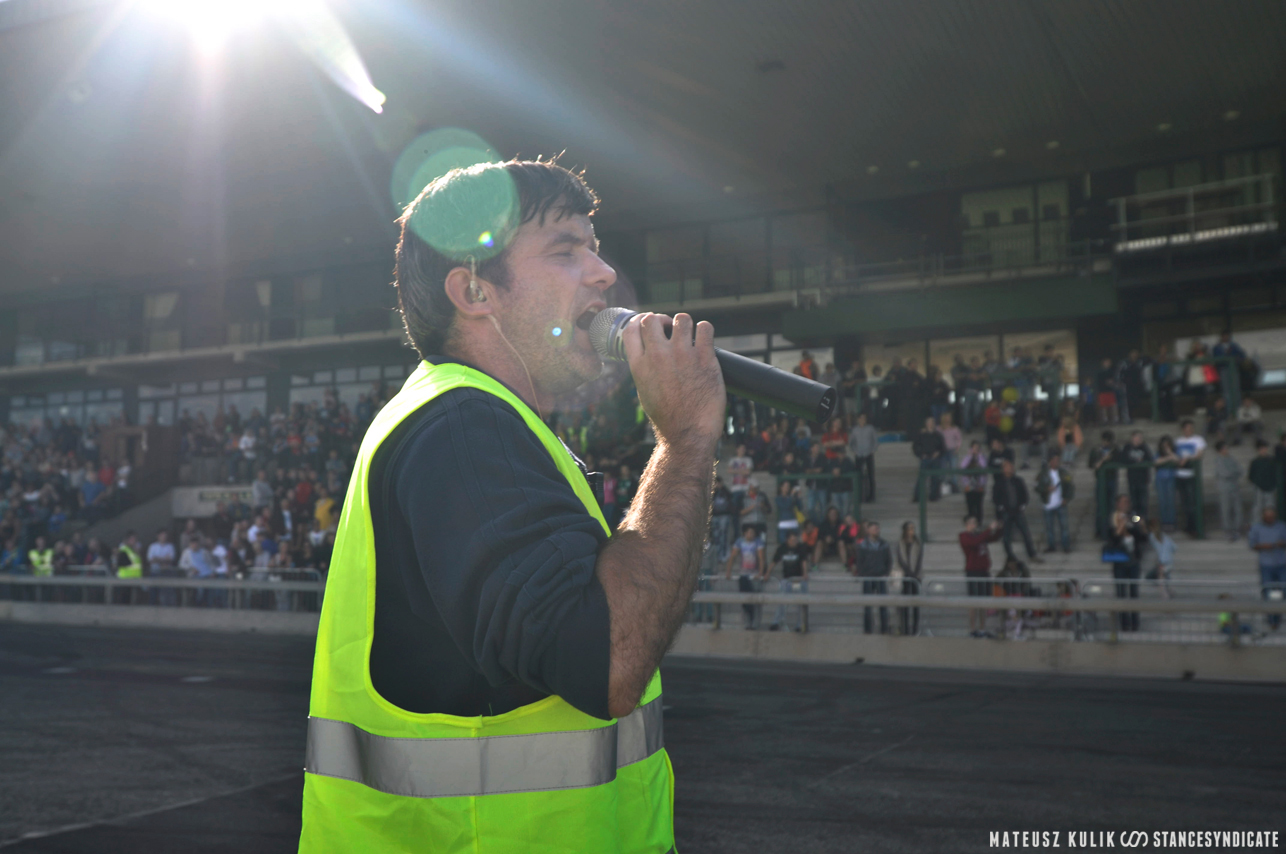 Tyres were blown as well as an engine. Crowd was pleased and delighted with the delivery of burning rubber car madness. Thumbs up. The day turned out to be quite good, as opposed to last year. Everyone seemed to have a good time and no complaints were heard. Almost no complaints… 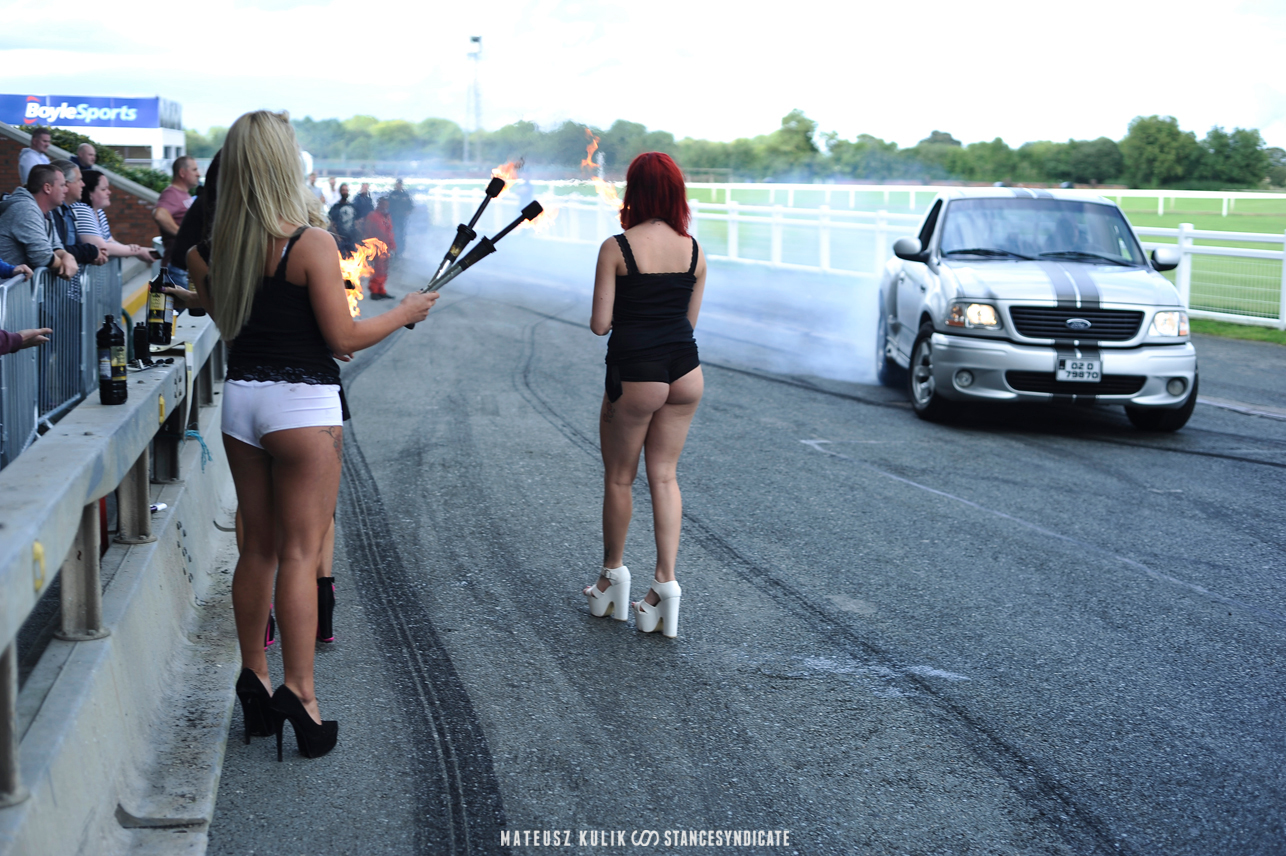 …the chips were awful, inedible 🙂 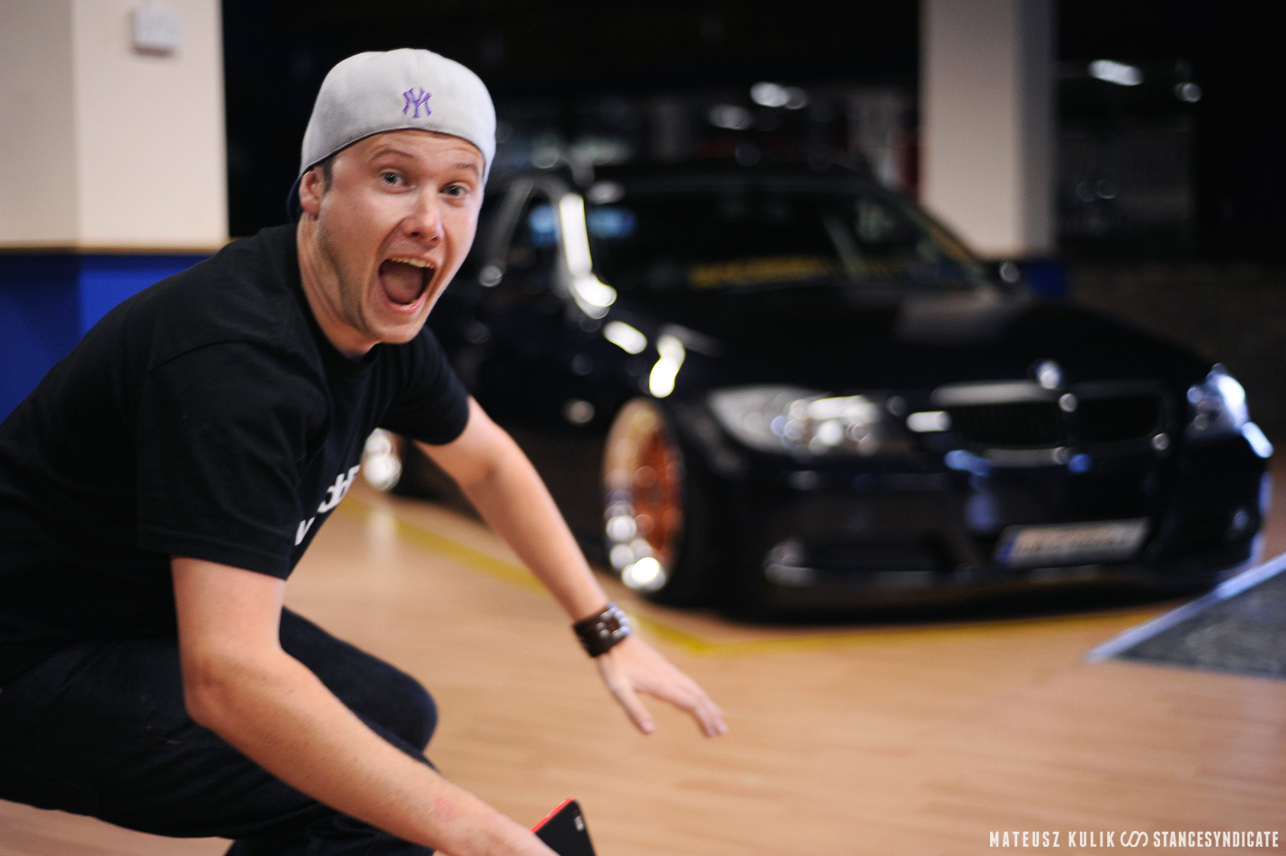 When not that long ago we announced that together with Raceism United we have got into a little collabo with Heatwave Motor Show many of our friends told us that we’re nuts. They would ask: “why are you guys doing all of this?” and we would simply reply: “just for fun, out of passion to nice and low cars”. 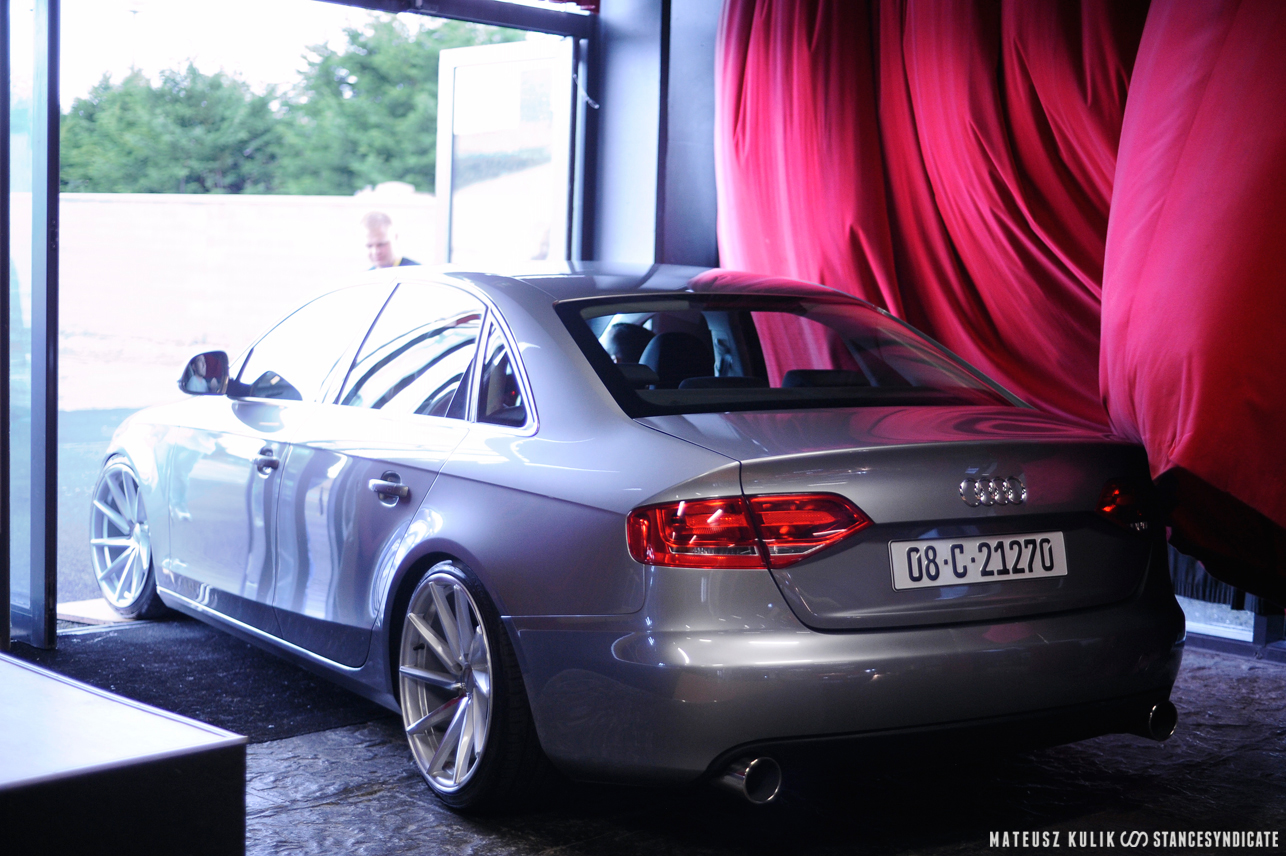 At the end xPOSED, our µ-show at Heatwave Motor Show, turned out successful – we think. We hope that we’ve managed to bring out a little taste of what our kind of car show is like. Just a small sample. For the starter. Big thanks to everyone involved in making it happen! Should we do it again? Bigger and better? 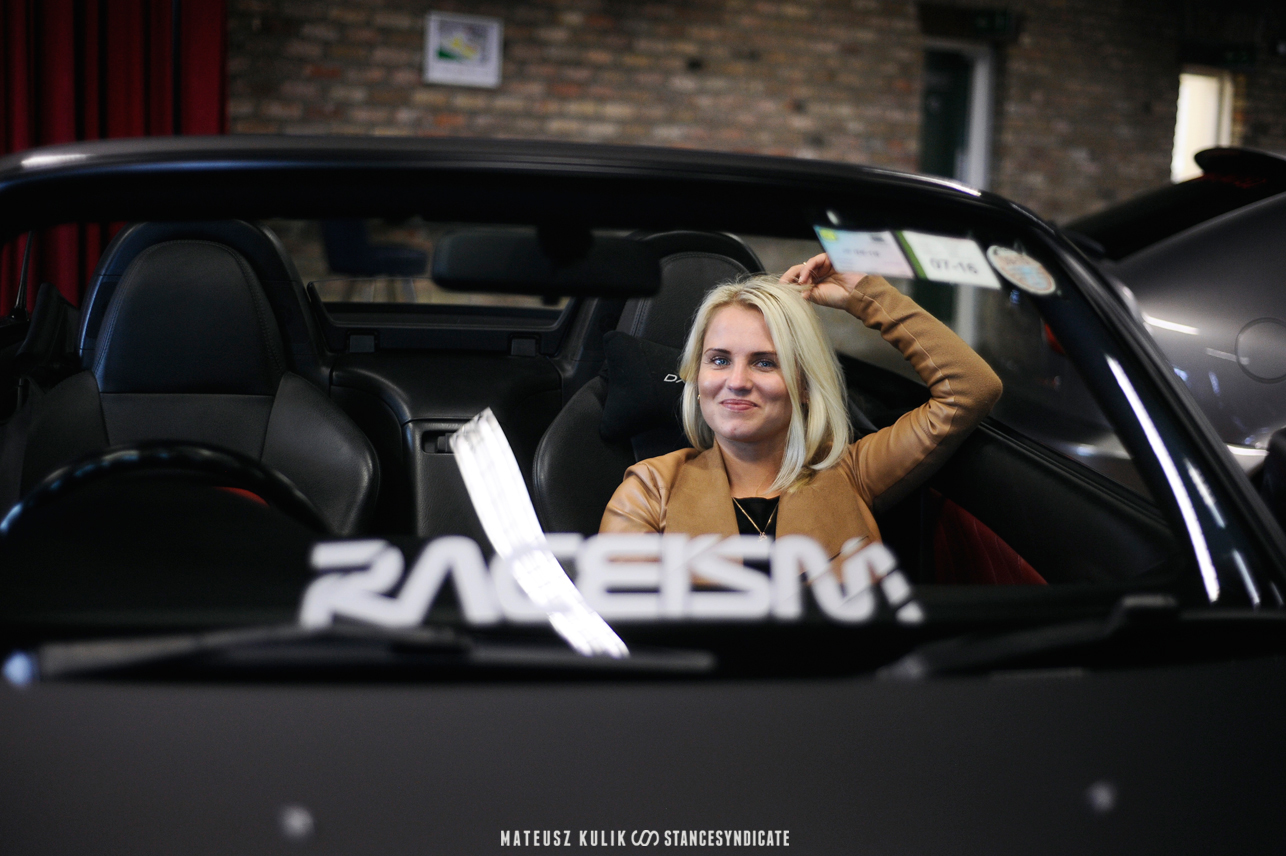