In just a few days we’ll leave three dope deck-munching cars among trucks on board of a ferry and we’ll sail from Dublin Port to Holyhead – Roll on #24hLeBags! – 2454km+ road trip across the EU to Raceism’s International Stance Fest at Wroclaw’s Stadium and Wolfsgruppe’s VAG Event am Zerkowsee week later.

Exactly a year ago, three bagged Audi’s set off on the same 24 hour journey to Poland to the same, actually awesome, shows. This was the first edition of #24hLeBags. It all started in Ireland, in Dublin’s port. Our vessel was due to depart at 2100hrs. We got Cichy’s A3, Malin’s A4 and Tony’s A6 all on board of the ferry. Of course, on trucks deck, because how would we get these low cars to upper decks? Why to bother airride switches?

At 9.30pm we were still anchored in the port. There’s been an announcement earlier. That there was a bus and one unfortunate grandpa on it who needed to talk to paramedics. We spent an hour playing cards. Killing time before exciting three hour sail across calm Irish Sea. Finally vessel’s engine revved up transmitting vibrations to the unit’s structure. The captain maneuvering the ship out of the port almost maneuvered out a couple of glasses off the bar.  Your girlfriend would like it. I had a pint. We were finally in the open sea. 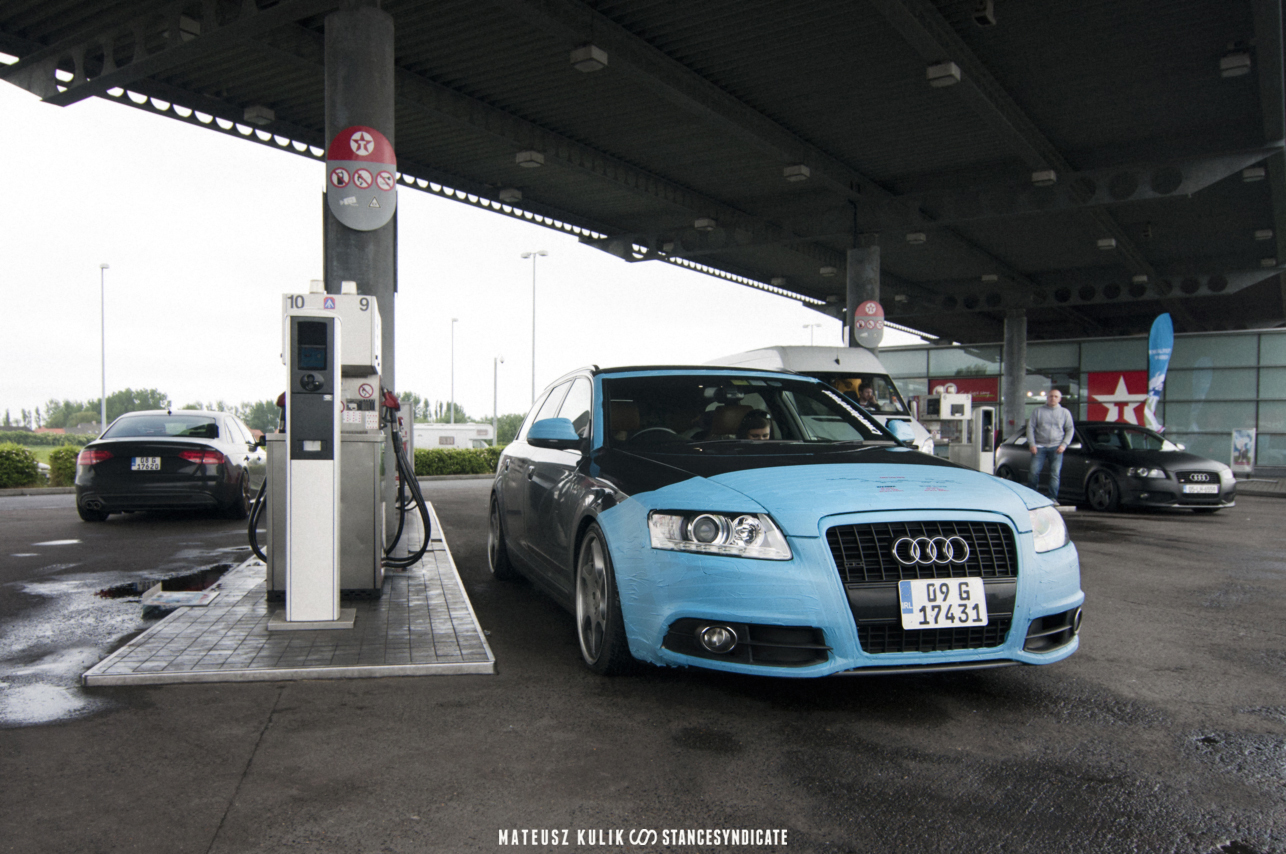 I was allowed to drink. Sure, why not. I wasn’t required to switch Cichy as the driver, who kindly took me on board of his stealth black matte A3, and as I didn’t need to worry about that steering wheel, simply, to enjoy the voyage, I rolled a little rollie that was immediately enjoyed on the upper, open, deck of the vessel. The sky was dark blue with shades of purple and hints of orange. And the sea was flat. Boring. Three hours later we have arrived in Holyhead.

We didn’t even start to drive and we were already late because of the incident in the port. So, we got off the ferry, slowly crawled over all ramps on the way out from the port and we were ready to finally start driving. Road-trips, yeah, that’s what Tigger likes the most and that’s where Tigger can really enjoy his car. Get close to “her” and form a unique relationship of mutual trust. She’ll hope you won’t fail as well as you’ll hope that she won’t fail. It’s just you, her and 24 hours between lines. #24hLeBags!

First stage was quite simple. An overnight 600km long sprint across the UK. We needed to speed up and catch up on the lost time in Dublin. It’d be kids stuff, just step on it and you’ll be there on time, if not epidemic of average speed cameras on British roads. They seem all contaminated with these hostile devices, lurking at you, analyzing your moves to ambush your post box with a fancy and expensive letter. We got through this barbed wire of cameras safe and sound, on time for yet an another maritime travel. 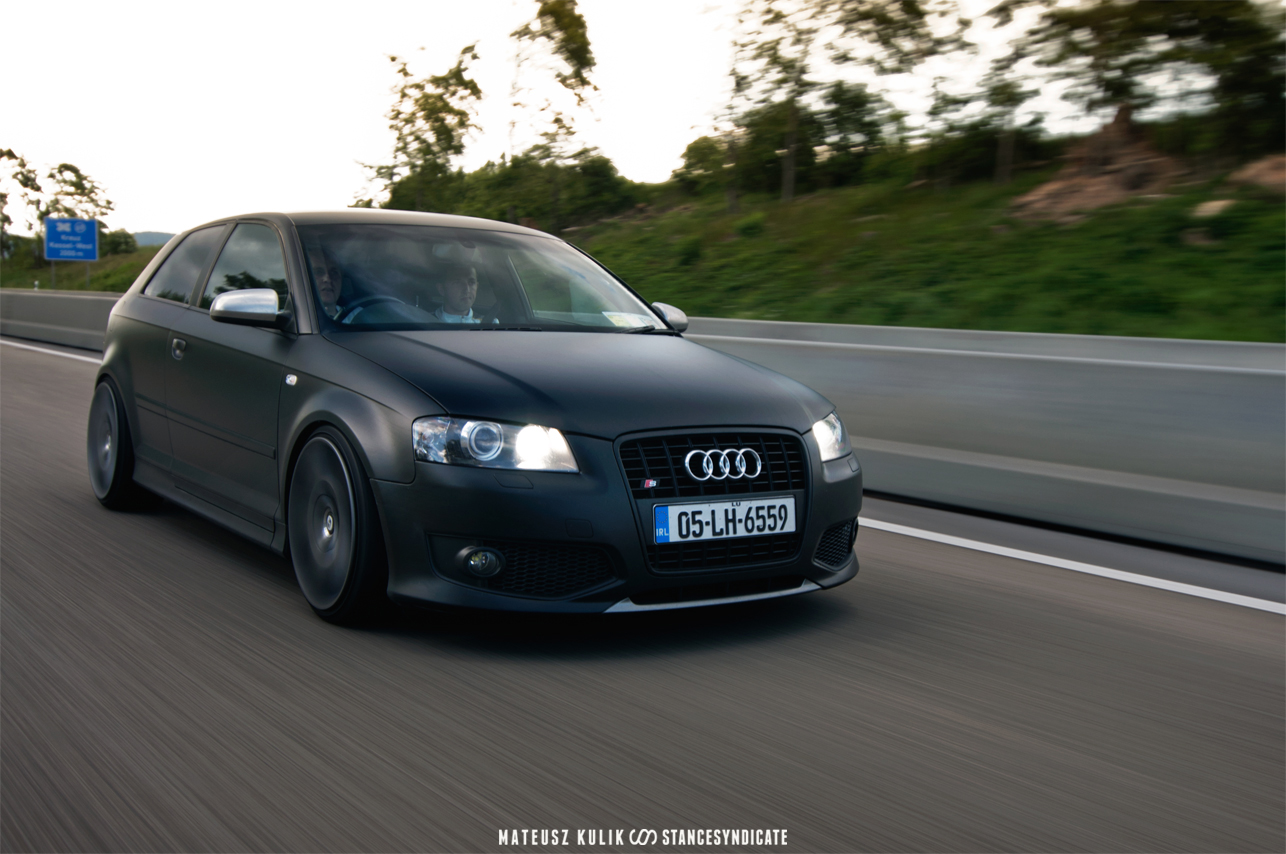 After a short journey across the English Channel we have landed in Calais. Now on the continent it felt much closer to home, like the channel’s waters were a magical, sort of, psychological barrier, a gate or a portal that we’ve just fast-forwarded taking a short nap on board of the ferry. It felt great in France. It was sunny and first moments of driving RHD cars on the continent were funny. Thanks to motorways, it turns out that Calais isn’t that far from The Ruhr and soon we arrived in Dortmund looking for Robert Lewandowski. He’s this guy who used to play in Dortumnd’s local team and the same guy that never scores apart from penalty shots when wearing national team’s jersey. 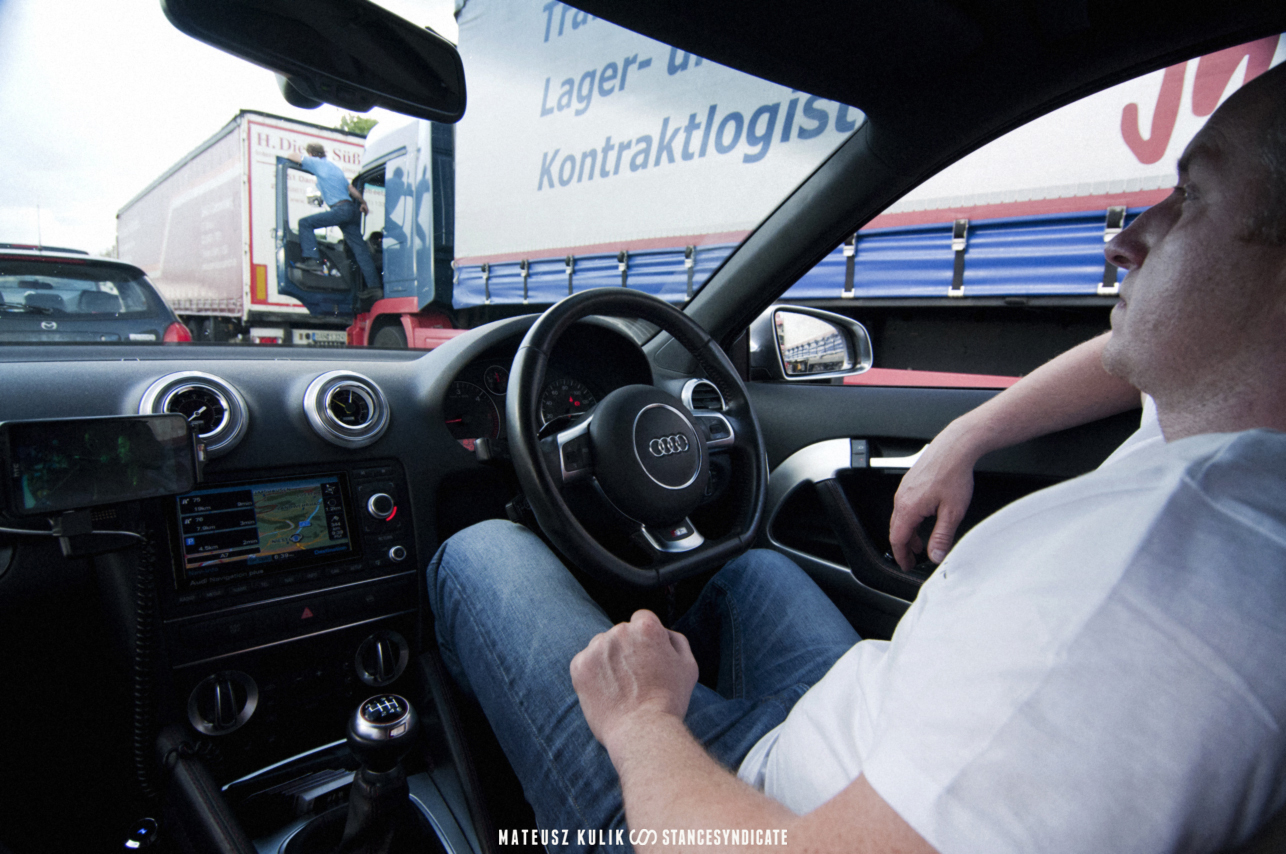 We couldn’t find him though. He must have been quite occupied shooting the latest potato crisps ad. Fair enough. We’ve moved on and finally left Dortmund, where we actually got lost due to miscommunication on our radio channel. But now we were back on the autobahn. These, if you don’t know what they are, are special kind of motorways that inhabit Germany only and, this is the fun part, some of them have no speed limits… Doh! I forgot, three bagged Audis. TDIs… Stop.

Achtung stau! We were brought to a halt in a mad 17km long traffic jam in Kessel area. Tough shit. Chances for 24hour run faded away. I rolled a spliff, cause what else could you do stuck in the middle of an autobahn? Zippo clicked open, clicked shut. In the outer lane I saw a Belarusian truck driver, so I thought that I’ll ask him to check the radio on the story behind the jam. “Some fella on a motorcycle has attempted to play pinball with two trucks” – he said smiling and added “Is that a joint? Can I have some?” Man, I thought, what? Wacko! But Jah said to share, so I asked: “Are you sure now, ya driving a big truck man!”. “Normalna!” – he replied. Our crew took out fishing seats and we had a lovely two hours long picnic in the middle of an autobahn.

Late and exhausted, baked in German sun over A44, we finally took off for the ultimate part of our journey. At this stage we were all zombies. “Stancing Dead”. The two hour break, just like a vampire, sucked out all the energy from us. Radio was dead. We were in a trance. Road lines flickered in eyes and two mesmerizing red points kept on bouncing in front. In these moments, the relationships between her and yourself gets very intimate. Sweaty hands hold the steering wheels tight. You whisper to her, to stay awake, sending prayers for success, asking how’s she doing, telling her that not much is left, that we’ll soon be there. We stayed strong! 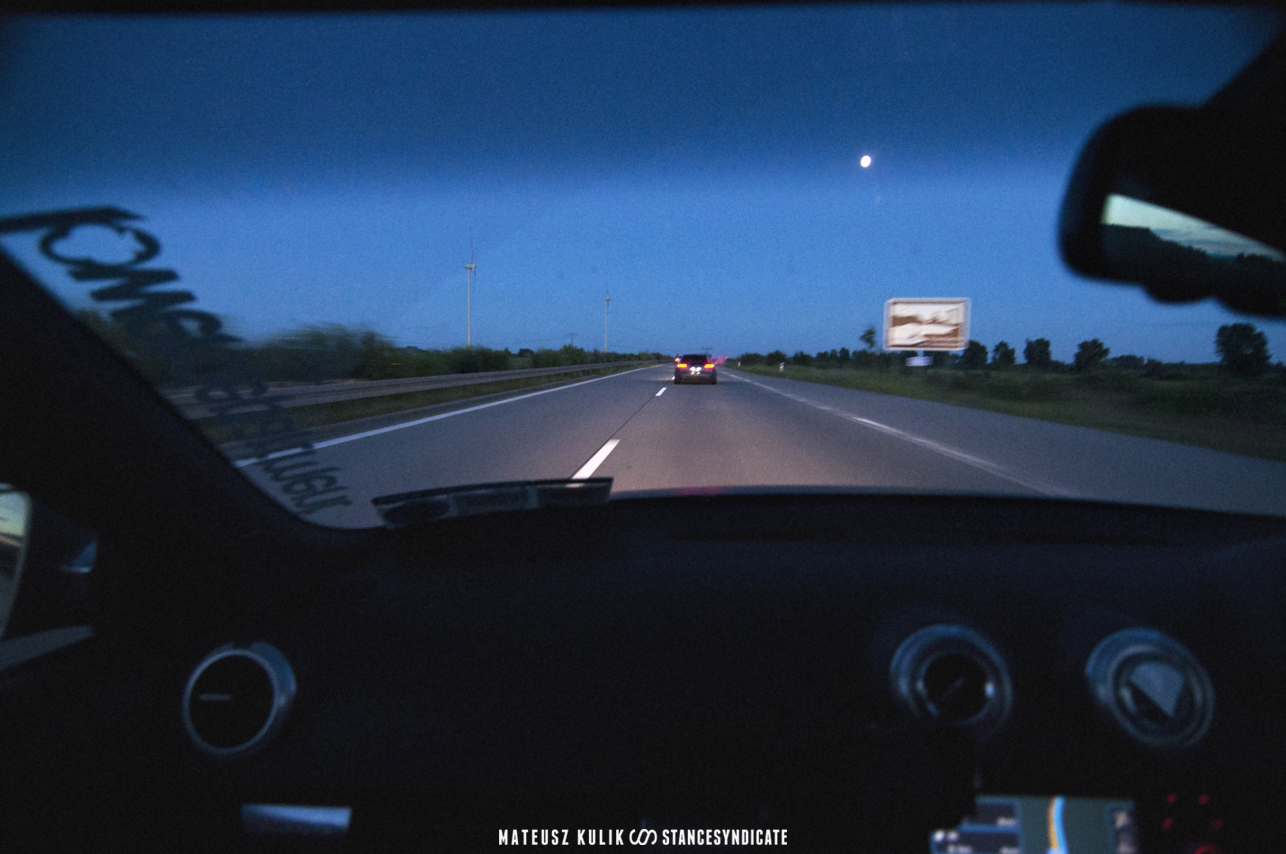 After 32 hours of #24hLeBags we finally arrived in Wroclaw at our hotel’s car park full of serious builds! We got out of cars. Stretched. Everyone was tired, mangled, wrecked… but absolutely happy. We checked into the hotel and… who’s talking about sleeping now? Into town! See you this year at – #24hLeBags 2014 – Raceism’s International Stance Fest and Wolfsgruppe’s VAG Event!