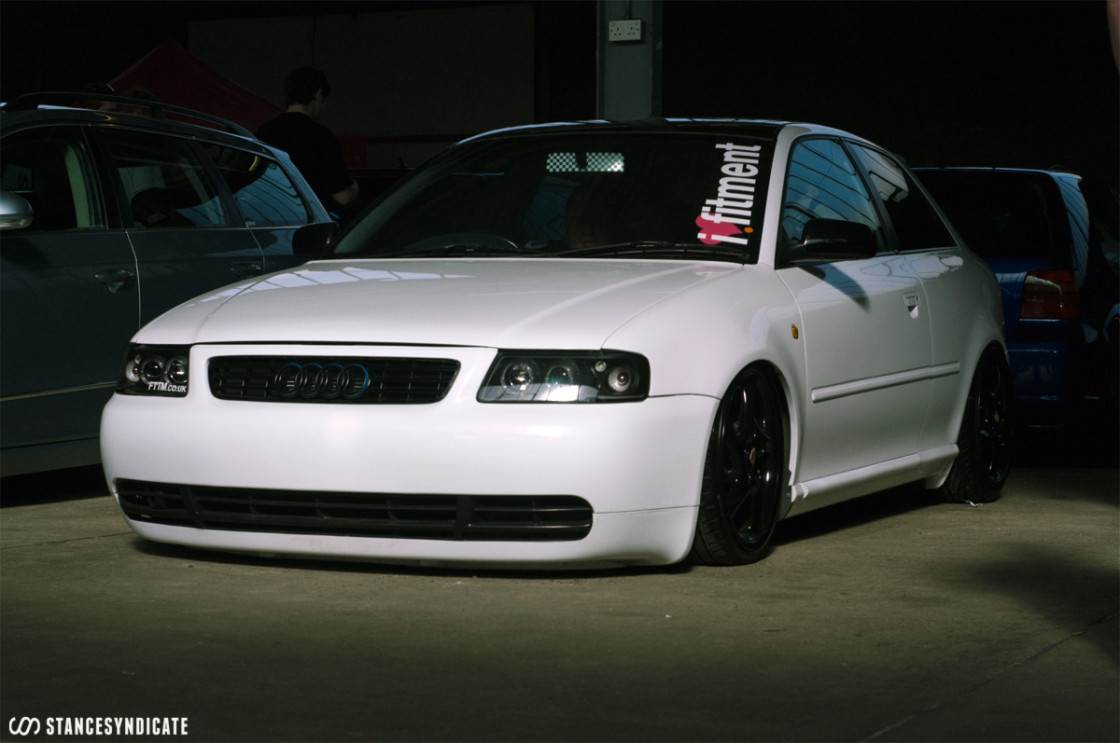 It’s been a longer while since my last post. I know, a solid slap in the face is a what I’d need, because it’s rude not to say what we are up to. Should’ve written a few words about my plans long time ago, that the site is going to go offline soon, that there is a new graphic design on the way and finally that the most of fun is on StanceSyndicate’s Facebook page now. 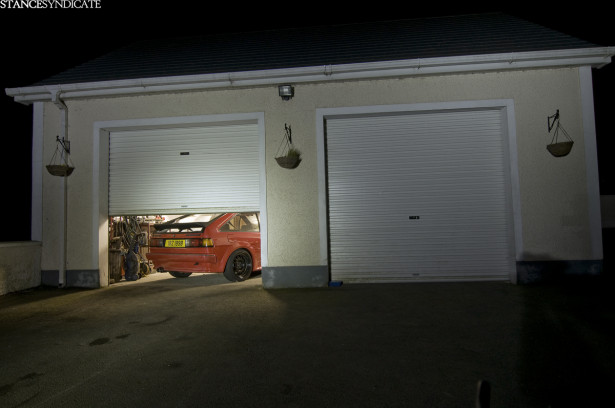 However, last weekend in Northern Ireland was quite inspiring, so I’ve reserved a little time to write a few words. Together with Szymon we got a big scraping plan for Dubshed. A 24 hour built – slammed Mk2 Scirocco project. Unfortunately TA-Technix disappointed us a bit. There was no scraping nor time to remove helper springs, thus on Sunday we drove over to Belfast not even being close to the ground… Pity! 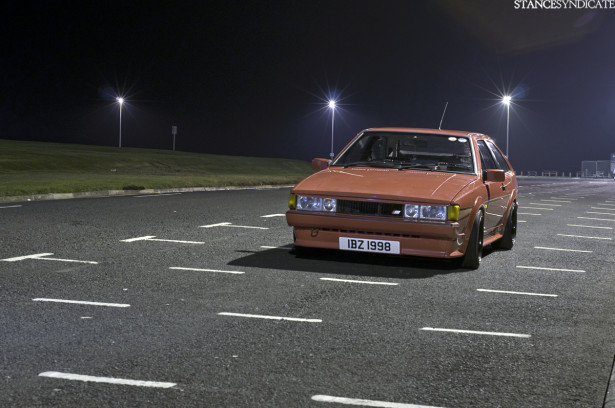 I have to ask this, perhaps stupid, question. Why manufacturers of coilovers provide so much coil to get your car so high up from the ground? Who needs an off-road car? Anyway, after a long night in the garage and plenty of goodies afterwards our plan to wake up early and join the convoy from Derry to Dubshed ended up in a usual way. Snooze. 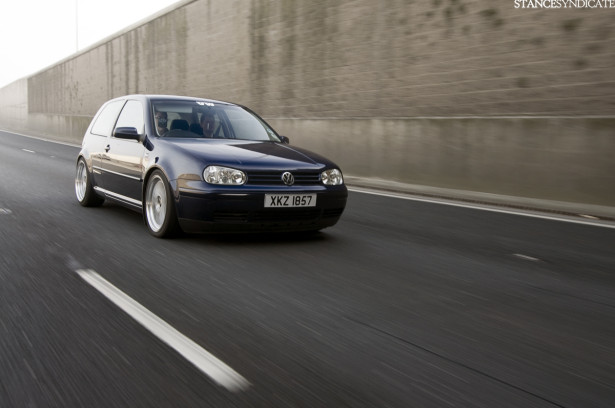 Eventually after 10am we’ve managed to leave Coleraine for Dubshed, despite Scirocco, or rather her carburetor, not being too happy about this fact. At least us two were very excited. I was hoping to capture a few Dub’s rolling to the show’s venue. You know, there’s nothing more beautiful than a show and shine ready VAG on the move. But the only car that we came across on the way to Dubshed was this navy Mk4. Well, should’ve not been indulging in those tasty goodies the night before and gotten up early! 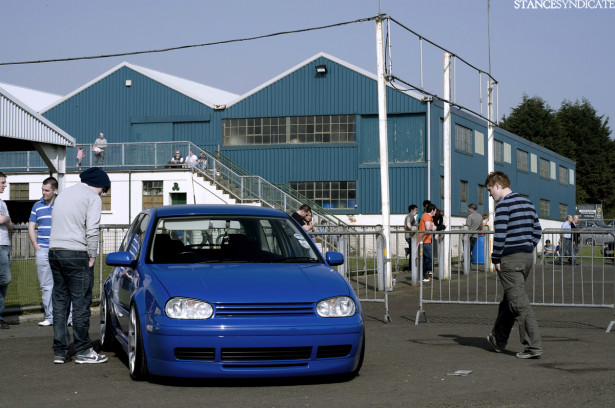 Weather, as forecasted, was splendid! An another Dubshed full of sun! Although this kind of situation is quite unusual for this part of the world. GTINI must have a trick, or a deal, for good weather. Thanks for that, well planned guys! As we arrived at King’s Hall it was already packed with even more, compared to last year, low sitting VW’s and other VAG’s. Good to see the scene growing! 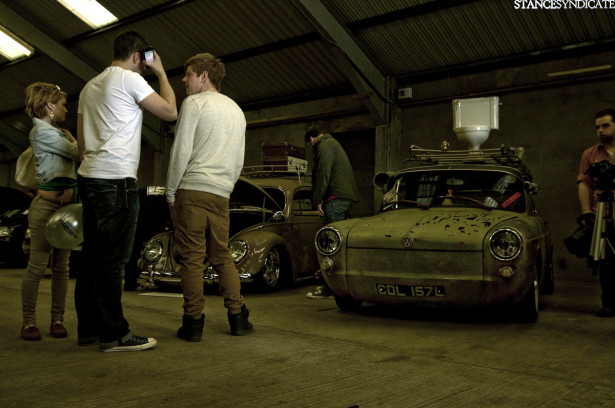 For those who never been to Dubshed I’d like to introduce the “shed” part of it. Not that I’d complain about Sunday’s sunny weather, what would be very rude to say living in Ireland, but it was a relief to cool down from the heat by stepping in to one of the hangars to check out all of these rides hiding and chilling in there. Kind of 2 in 1, a fantastic value! 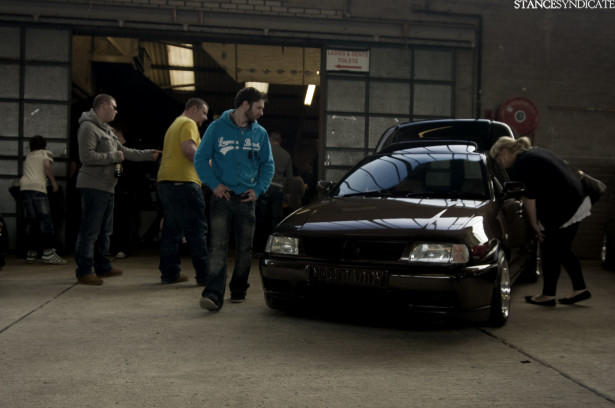 Popping into the “sheds” was well worth the time. They were full of sweet Dubs and other eye candies. We’ve got really hungry, very badly hungry… for some proper fitment and maybe a burger, so we immediately had one just in case stomach was empty what we might have not noticed being in the “stance-trance”. 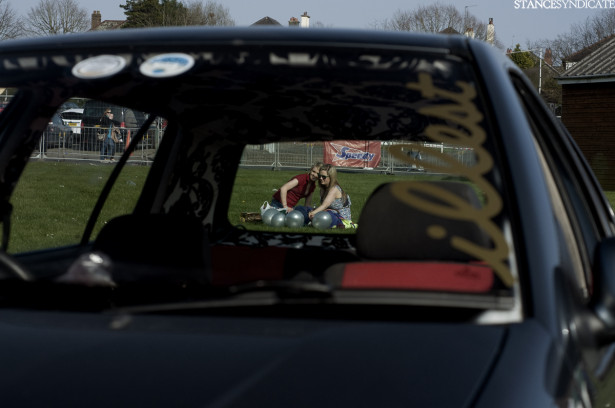 After burgers we’ve got back out to enjoy the weather trying to grasp as much as possible from this sunny day. The day was amazing. Plenty of cars, sun, eye-candies, stance and goodies. Big well done to GTINI crew for organizing yet an another edition of this prime Irish car show that keeps on attracting more and more people from the UK. 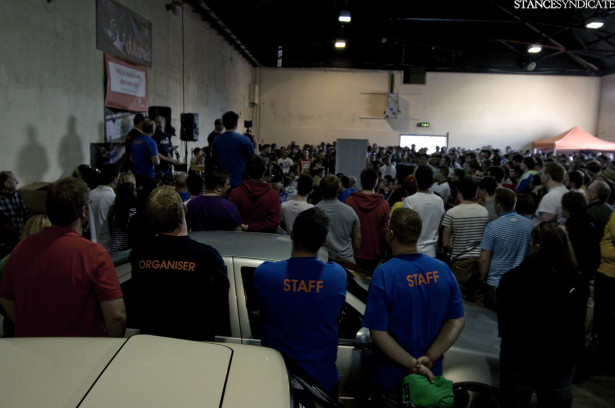 I could write another 500 words about how nice day it was and how much we enjoyed ourselves, or perhaps about our Scirocco and her getting mad on us on the way back. But who is going to be bothered to read it? ‘Show us the pictures’ somebody has shouted. Here they are!