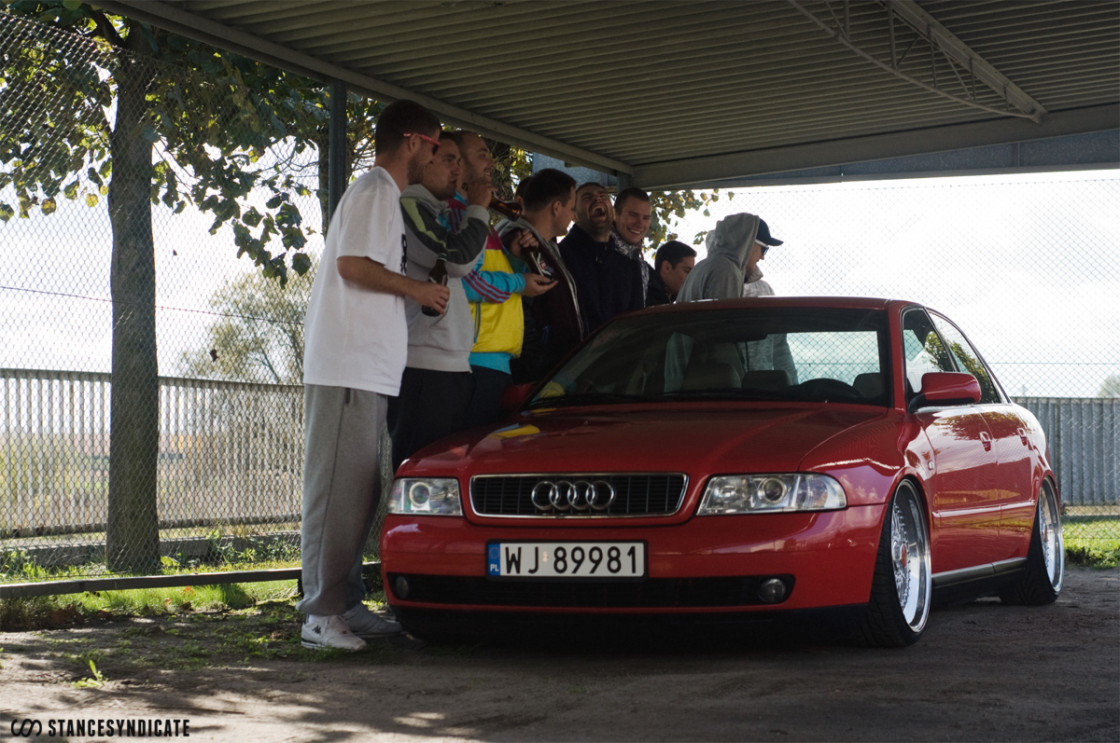 A quick full of goodness weekend was what I needed! Over a week ago I flew over to Poland to this fresh event by Wolfsgruppe, called simply BBQ. The actual meet took place on Sunday in Środa Wielkopolska, but the real spirit of the gathering was the most enjoyed in the very early hours of the same day. Right after equally enjoyable Saturday evening. 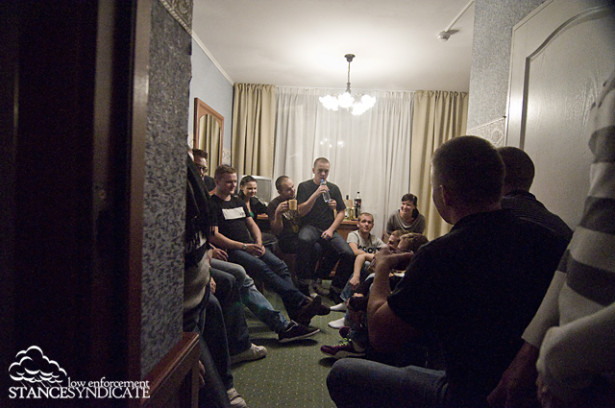 Many come to all of these events only to see cars, however, I find people and the atmosphere as the most important part of every event. Knowing that, I couldn’t miss out on the Saturday’s Fever, so together with my sister we’ve checked-in in the Room 307, where everybody else also seemed to be checked in. 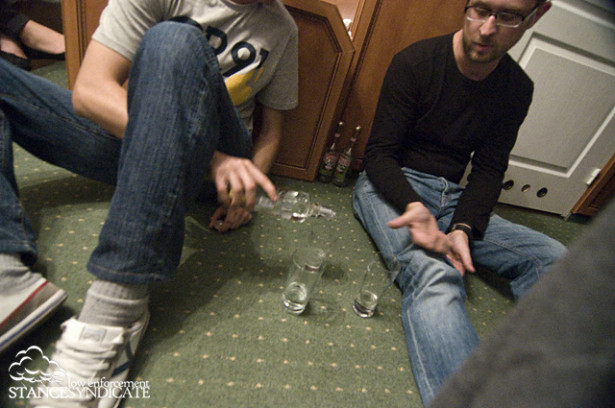 After some laughs, egg and dill fun in hotel’s restaurant, where we got tummy lined for the later on liquids, we moved on to the Room 307. Game was simple. Enjoy yourself. But how could one not to enjoy that great hospitality? Powered by some Tyskie and Lech we chatted for a good few hours. 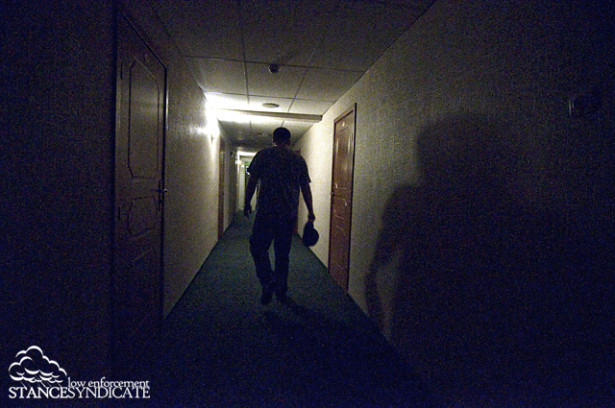 It was an awesome night. It’s not possible to have it described in words, the atmosphere of the Room 307 and the outdoors was uplifting, giving one a nice dopamine kick, simply a bit of happiness. It was great, we kept drinking trying not to get too drunk. A drink followed an another one. It’d be hard to say “no” to all these cans suddenly popping into your hand out of nowhere. Not a rocket science, I’ve got drunk a bit soon and later have been trying to explain our German friends some lingual similarities. Nice to meet you all guys! 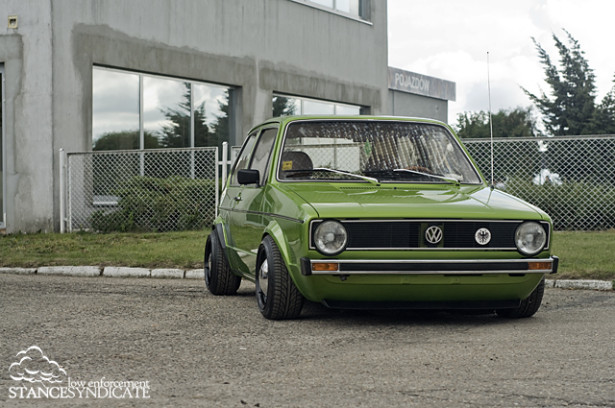 Long night on the expense of very little sleep is a standard on all shows. Alarm rang at 8am. Bang! I hit snooze button in unconditioned response. Hate these annoying dream breaking devices. After that pattern has been repeated many times I’ve checked what time it was. Fuck! 9.20! Faster then a supercharged R32 I’ve jumped out of the bed. Luckily, as usual, the hangover wasn’t here. A quick cold shower and we were ready to join the rest at the breakfast. 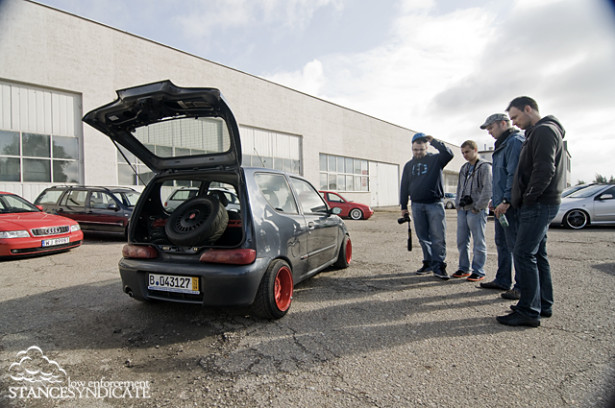 Breakfast was quite nice, but what I was already waiting for was the BBQ itself. Equipped with an additional camera, an analogue Nikon FE, I was hoping to get a few nice photos. We’ve parked our dirty Passat behind some trailers and loaded with two cameras we went to the show grounds. DJ was playing music on the right hand side and the sausage was grilled on the left. Meanwhile, the beauties where parked in the middle. 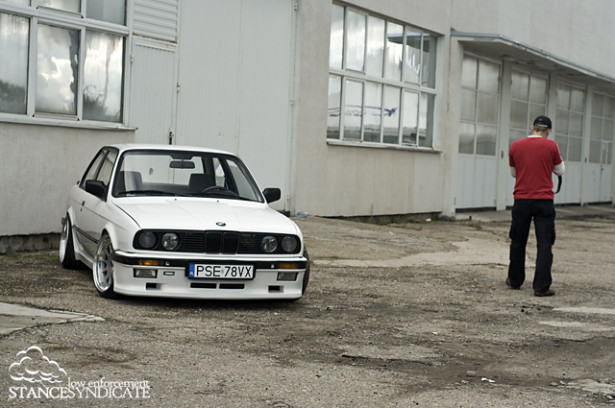 Wolfsgruppe has made this show neutral in terms of car makes. Together with the usual VAG cars some BMW’s or even a Ford could be found. Wow! The scene in Poland is something! Guys over there really know what is this game about and they do play it well. The white ’86 BMW e30 was absolutely stunning! So simple and so nice! I just couldn’t stop admiring her and every single time I’d walk by, she’d make my head turn. 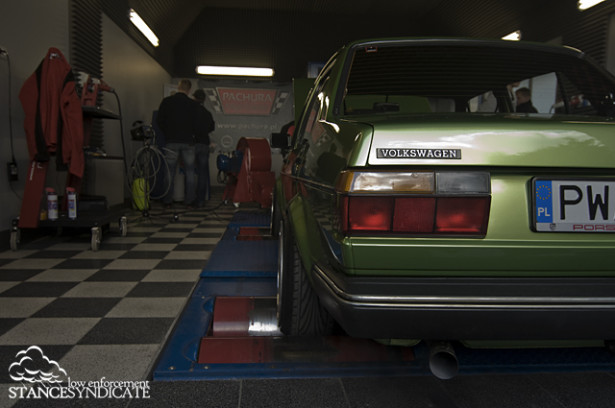 Heh, hold on, which of the cars at the BBQ didn’t make my head turn? None! The cars brought over were of highest standards. Dream machines, well maintained and appreciated. For those who wanted to get to know their cars a bit more – a dyno was available provided by Pachura Motorsport, on whose grounds the show actually took place. 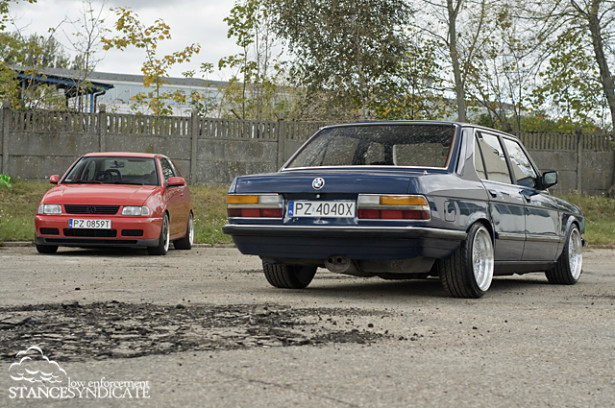 Fair play to the guys from Pachura Motorsport for supporting the community of which they’re a part too as they’re specialising in sports VAG sales as well as they’re a very successful racing team that’s winning driving VAG cars. Their dyno was very busy on the BBQ Sunday, many wanted to get their cars on the rolls, meanwhile spectators were admiring some of the racing cars from Pachura Motorsport’s garage. 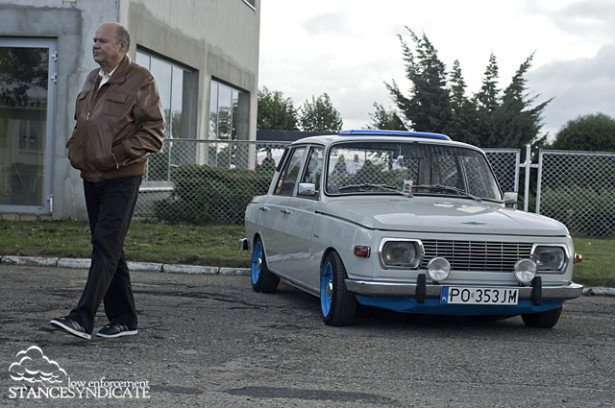 Having flushed down all the inspiration with alcohol last night I felt a bit lousy and unable to photograph. My eye wasn’t there with me, neither was hangover. So what was taking me away from taking good pictures? Maybe knowing that that it is quite probably the last gathering this year? Next season will be even better! 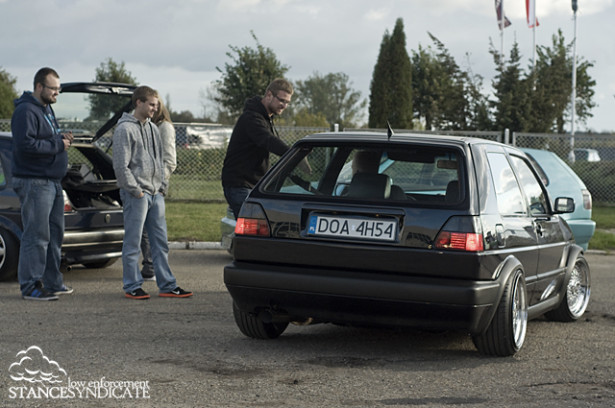 It was time to go, it was getting late and we still had to drive back home. Standing there with Cor, we were planning, just like Pinky and the Brain. Thinking about when will we get a chance to organize another great weekend with all these awesome people. Goodbyes are never easy, but are also a beginning of the new to come. 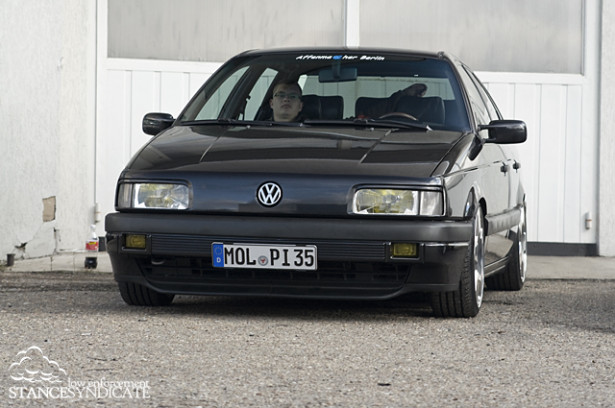 Another great weekend this year became history. Wolfsgruppe’s BBQ, a new quality on the Polish scene, has attracted VW nuts from the whole country. Also our German friends joined us for some schnapps on Saturday as well as Sunday’s wurst. Big applause for Cor, who drove over all the way down from the far west of Holland. I’m 100% positive that he would agree with me that it was worth it and not regretted! While you pay for petrol with your Mastercard, the memories come price less.

Let’s be there again next year to collect even more memories, as only those together with friendship carry the biggest value. It’s sad that the season is over now, but time to cheer up! Next will be even better! Waiting for it to come, chill-out, relax and view some pictures from Wolfsgruppe’s BBQ and Room 307.