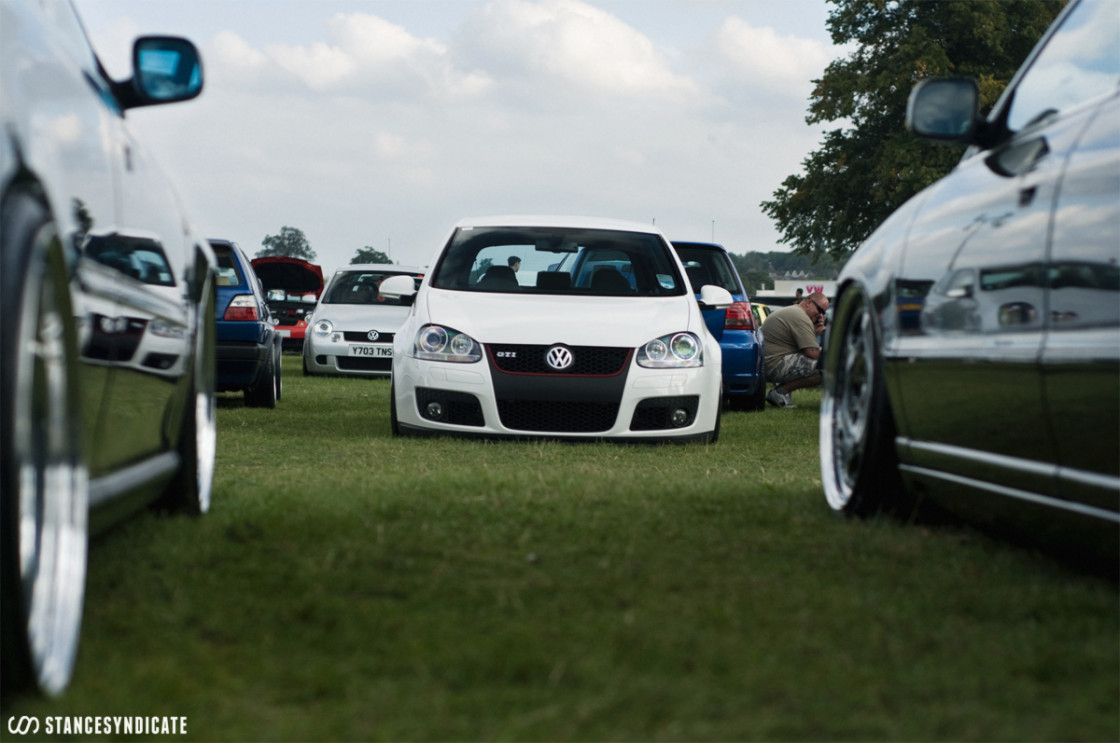 After arriving late on Friday, we were awaiting Saturday to come. We got up early, as some may remember from part 1 and have started juicing the show straight away. The night before made us become seriously thirsty for VAG’s, wheels and stance, where in the dark of the camping, one was only able to catch a glimpse of a polished lip. We’ve got hooked on again. Very badly this time! 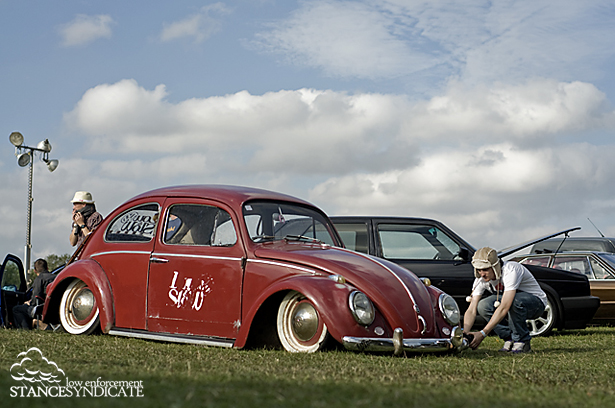 I’ve been to Wörthersee twice, went to Holland for M.I.V.W this year and also didn’t miss Wolfsgruppe’s VAG Event in Poland. Salvation Army please come and take me away! The bigger and better quality dose you get you’re becoming more addicted. One might say: “I can deal with!” – no you can’t. Trust me, I’ve been there! 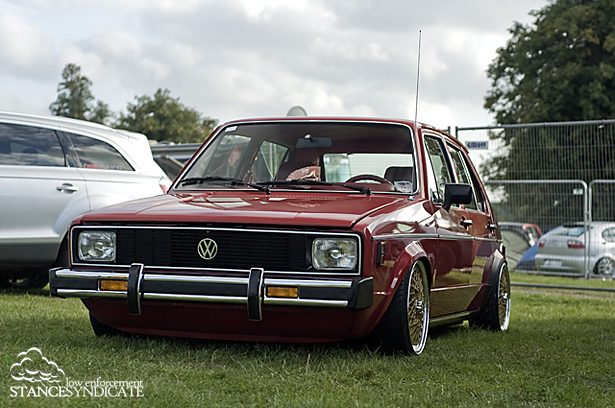 Together with Szymon we walked around show grounds trying to quench the thirst for perfect fitment. We started with pouring some Stella down our throats to get back to reality. A can of beer was what we both needed although it didn’t bring the ability to focus on the job, neither it did take nystagmus away. But, at least, it calmed it all down. 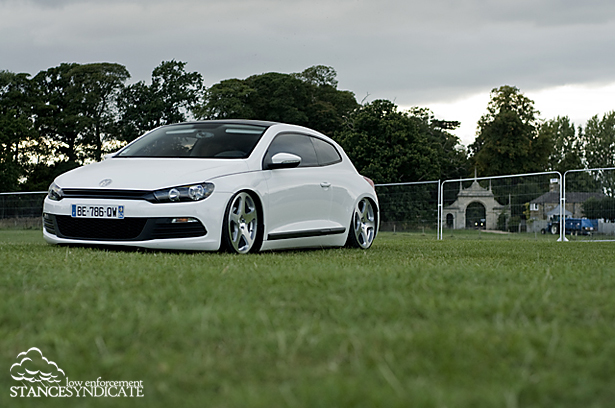 Cured with a can we’ve continued on checking out what has edition38 to offer. Earlier, when most of the crowd was asleep and only a few cars where driving up to the show grounds, we’ve fallen in love with two cars. I’m not a fan of red colour, neither is Szymon, but the Canadian imported Mk1 and running no suspension Bug, both from pictures above, became our favourites of the show. 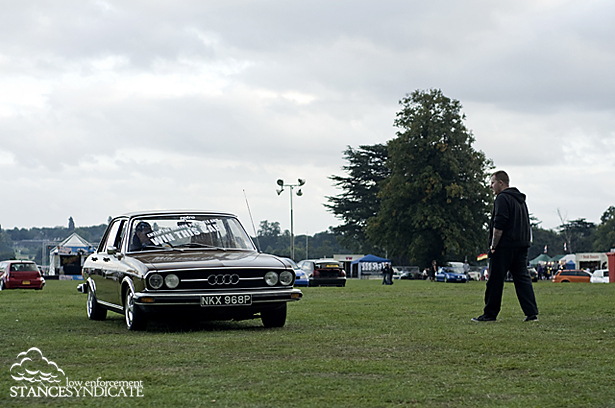 The Low ‘n’ Slow Bug inspired us and motivated for the next season. Can’t point out at what in particular we’ve got inspired by. Simply that Herbie’s red brother has something that makes you that you want it. It’s something new cars don’t have, but surely the raffle Audi 100 had. Is it soul?

When we saw the raffle Audi earlier in the morning, without “Win this car” stickers on the windows, we thought that it’d be great to have one of these some day. We weren’t aware yet that one lucky person is going to become a happy owner of this beauty. Good luck with her! Treat her right! 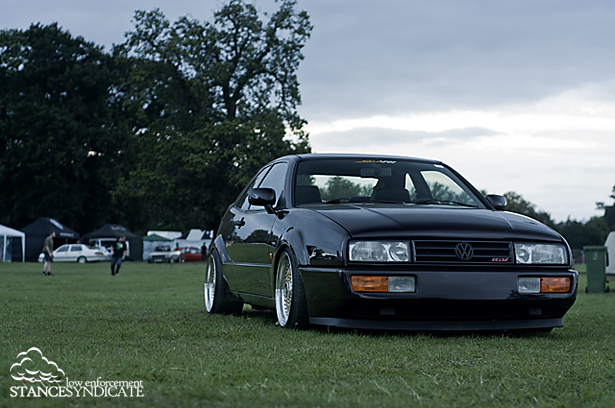 Usually after all day with a camera in hands my back demands some relax, well, a massage would be nice. Here at E38 we slept in a cheap tent bought in Tesco that was equipped with a few layers of cardboard as floor lining to add a bit of extra comfort and heat. I was afraid that my back will kill me yet it was still grand. Was it them VW’s serving us some adrenaline? 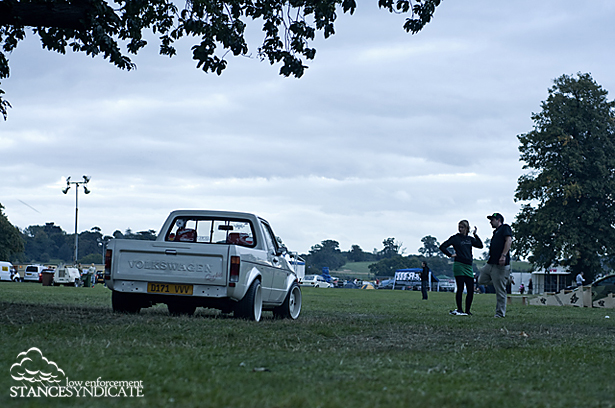 Certainly yes! Cars were sweet, unbelievable and inspiring. Also the atmosphere was like nowhere else. We haven’t expected and we weren’t ready for a music festival like event. It reminded us some old good times when we’d go camping at one of those mad festivals. Where music was one thing but the most important was everything else surrounding us – friends, fun, atmosphere, happiness and a lot of joy. 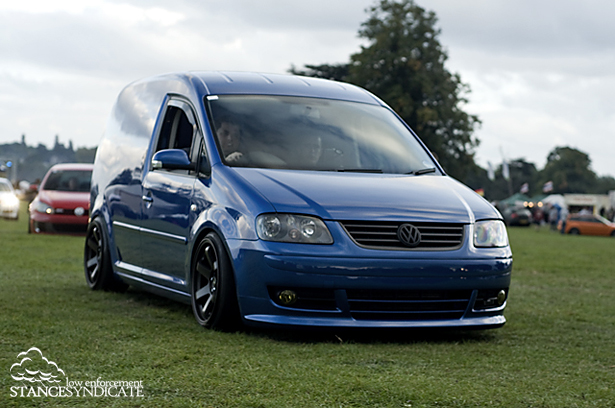 We were a bit down on the joy side, if you now what I mean, however the I and I instinct hunted some down. In scale 1 to 10 we were now enjoying the show at a full speed 10. And what I enjoyed the most? The variety of wheels. Not like on a recent show that I attended (Heatwave), where every third car would run on Rota Grid Drift wheels. I’m not saying that I don’t like them Rota’s. Sure I’d press that blue ‘Like’ button for them! But it’s just a bit boring to see the same wheels on all cars. 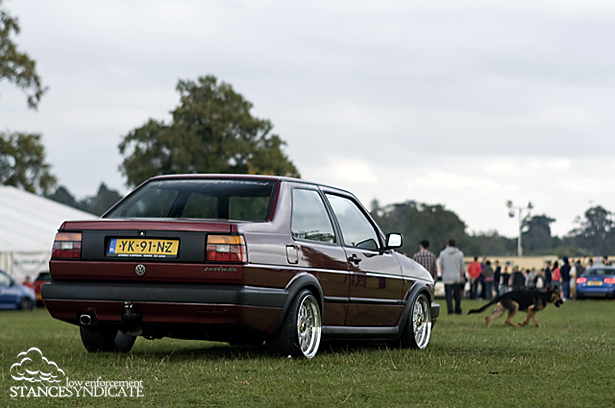 I was happy not see Rota’s everywhere. What a hypocrite I am. I love to see VW’s, Audi’s and all sorts of cars on BBS’s. Never enough! Even a Deawoo Lanos would look great wearing them. Can’t say no to Rota’s nor Rotiform’s. Are these going to be the BBS’s of the 2000 year+ cars? Maybe yes. By the way, the new Rotiform’s zero lip BBS’s, despite looking a bit strange, are a very interesting set of wheels. They’re some sort of Marmite thing. You’ll hate it or love it. 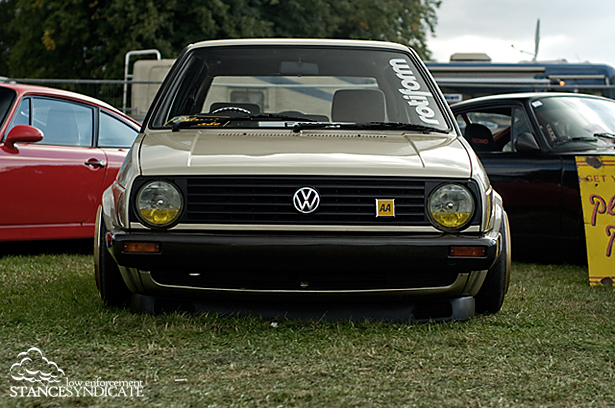 Edition38’s Saturday was a lot of fun. I didn’t even see all the cars that were on the show and some I’m finding only now on the Internet. The event is really big! Condensed! Massive! And if you like to party then this show is where you need to bring your tipi. In the evening, there was a party the main tent. DJ played serious beats and got a lot of people inside, where the temperature was quite like in a sauna. The tent was packed to the maximum and when the party ended there was no need to look far for a decent place for an after-party – it’s a camping site! 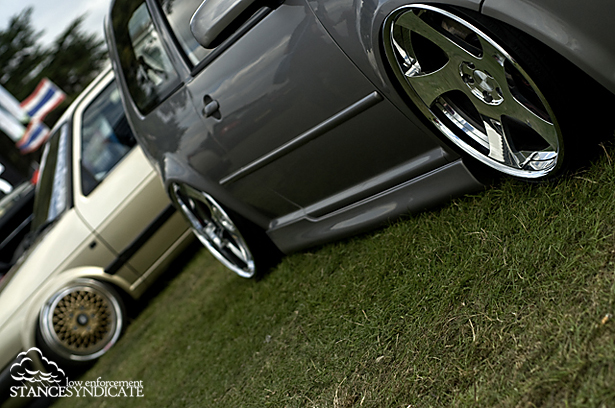 That was some day! It didn’t last long though, because everything what’s good ends fast. Luckily we were left with Sunday to wait for that was meant to be even better then Saturday’s show ‘n’ shine. Last part of Edition38 coverage coming soon.