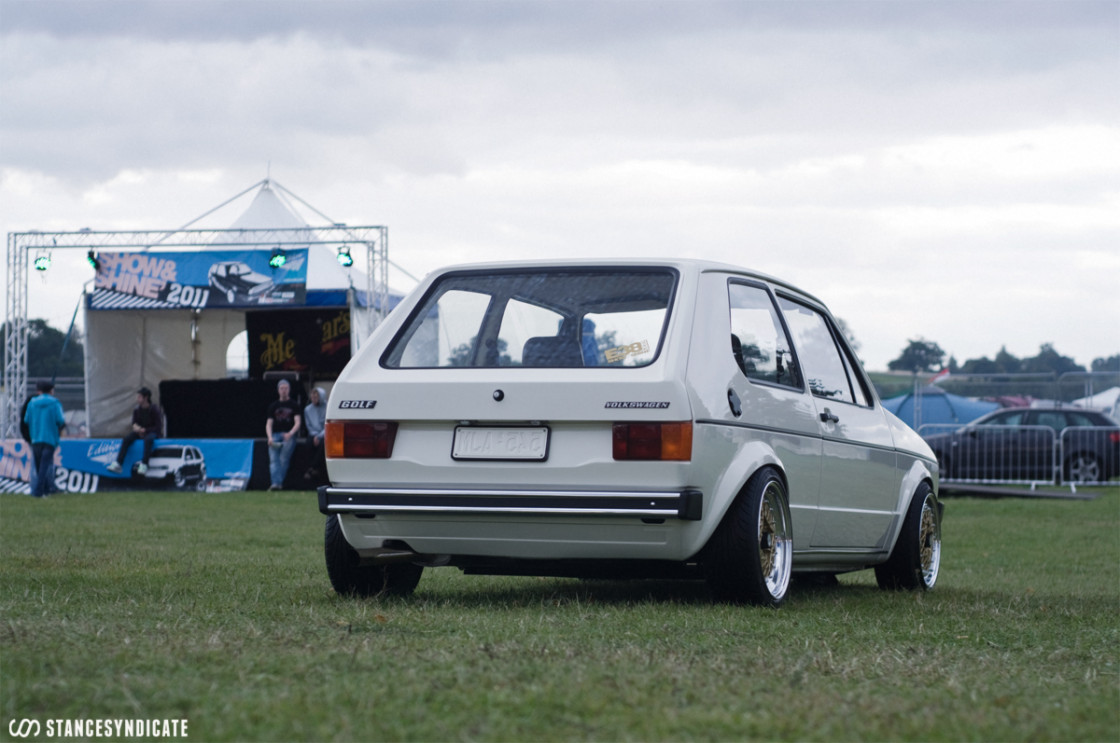 For a while I thought that edition38’s Sunday coverage will never see the daylight. Who would actually care to see part 3? It’s been almost a month since this year’s edition38 has ended. 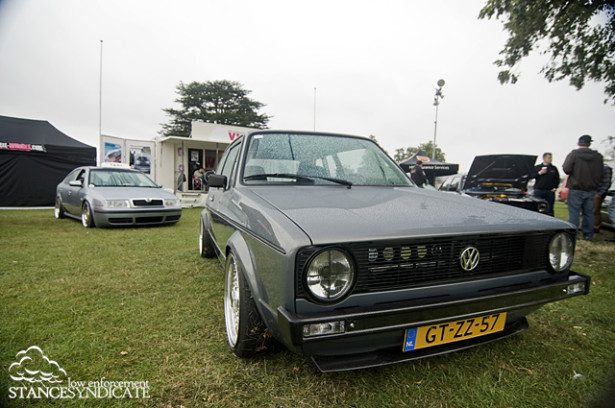 The last day of edition38 2011 was actually just a half-day for us. Forced by our flight departure time to leave at around 1430 hours we weren’t left with too much time to enjoy a bit of Sunday OEM+ eye-food. 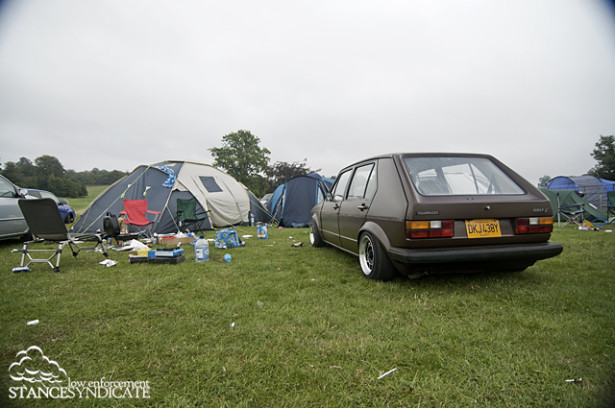 Solution was simple. Early full breakfast – wheels and drop, a morning mission once again. The camping a.k.a after party site indicated that the night before won’t be forgotten soon. Heavy head, slower movement and that thirst. Lucky me, I never get that apart from shaky hands… now, take photos. 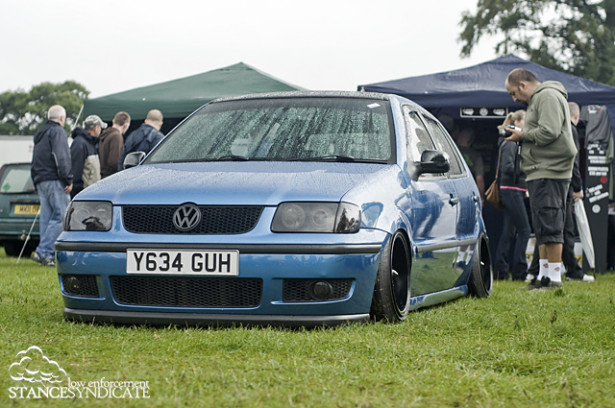 I was waiting for this moment to come. Rain seems to follow me to every single event that I’d go to. I’ve even started to like this game of exporting Irish weather. Waxed cars look simply great in rain, but this time we were really short of time and showers didn’t help. 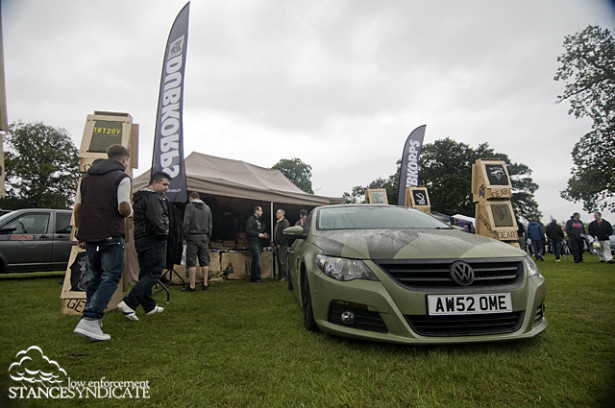 There wasn’t much time left and there was so much awesome stuff to see like awesome-gti’s Passat CC on guard in front of Dubkorps command post. We’ve got to get the propaganda battalion moving fast and precise to complete the mission. 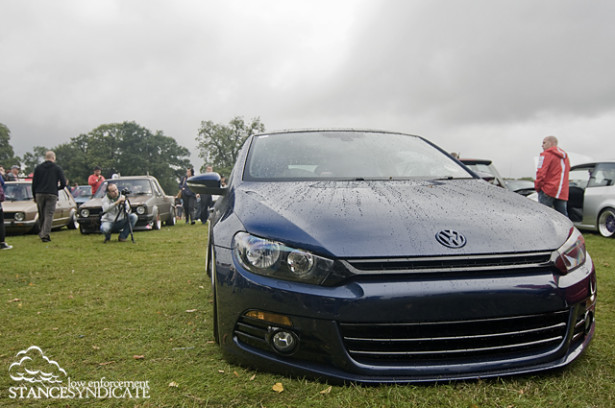 To do so, we’ve invested some time and did a little briefing a.k.a BBQ. Big thanks to yellow-eyed Lupo crew for lending us their barbecue which had just perfectly grilled our Śląska sausages straight from local Tesco. 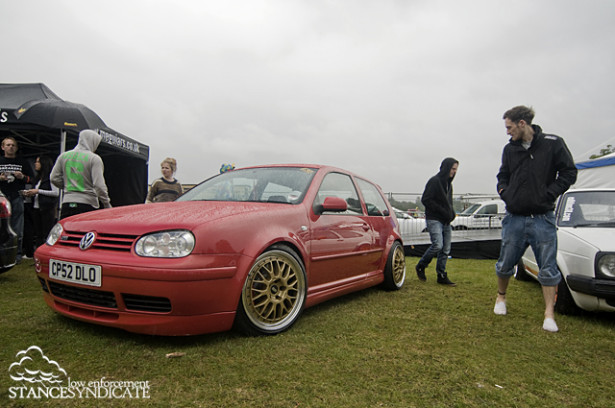 Full of energy, provided by the home land sausages treated with 22p Tesco’s ketchup, we’ve decided to see the show and shine grounds for the last time. A very last stroll around and we were saying bye bye to people we’ve met and the great cars we’ve seen. 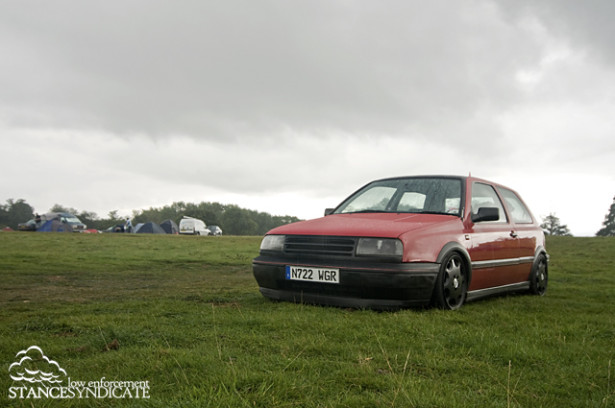 It was a great weekend. Music festival atmosphere, all the people that we have met, a wrong way one hour walk to an imaginary petrol station, an interesting discussion in French with drunk French guys that had place in a toilet (right, and we speak no French at all) and that lovely scent at the camping site that one could experience around few of the tents. Did I forget about anything? Cars? I’ll leave this one without a comment.